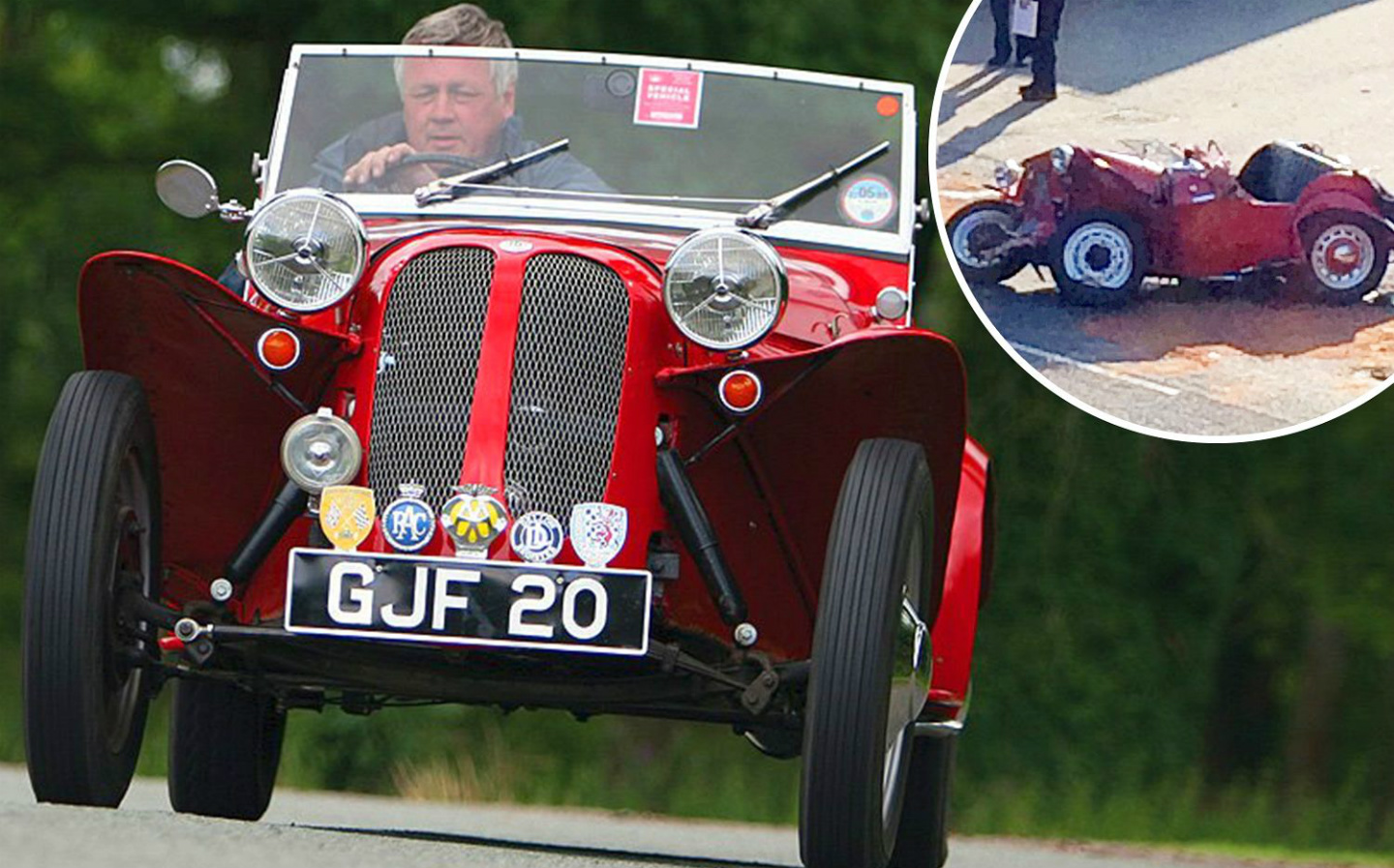 POLICE ARE appealing for witnesses to come forward after a classic car enthusiast who was the victim of a hit-and-run crash died from his injuries a week after being struck in his vintage car.

Andy Holdaway, 62, who had two grown up children, was driving his rare 1950s Dellow, near his home in Stourbridge, on Bank Holiday Monday when it collided head-on with a blue Ford Mondeo estate.

The driver of the Mondeo and two passengers fled the scene, leaving Holdaway crushed and trapped under the car. An off-duty doctor who was out jogging was first on the scene and was able to help free him and call for paramedics, who treated him at the scene.

He was flown to the Queen Elizabeth Hospital in Birmingham with injuries to his head, legs and chest and died on Monday this week with his family at his bedside.

A chief electrical engineer at an air conditioning company, Holdaway’s Dellow sports car was one of only 94 made. Pictures show how badly it was destroyed by the impact. Police are searching for the three that fled the scene.

Mr Holdaway’s wife, Deana, 62, and sons Thomas, 27, and Ben, 29, paid tribute to him yesterday. “Beyond all reasonable expectations, dad held on for seven whole days,” they said. “The professionalism of all of the healthcare experts and first responders gave us as a family the opportunity to spend time with my dad we would never otherwise have had. We are heartbroken and a gaping hole has been created in all of our hearts that will never be filled. But the compassion and love we have received from hundreds of people known and unknown to us have helped hold us strong and retain faith in humanity, even amongst the despair.”

A Facebook appeal for information about the crash has been shared more than 5,000 times.

Sergeant Alan Hands, from West Midlands police, urged anyone with information to come forward. “We are still investigating the circumstances that led to the collision.”