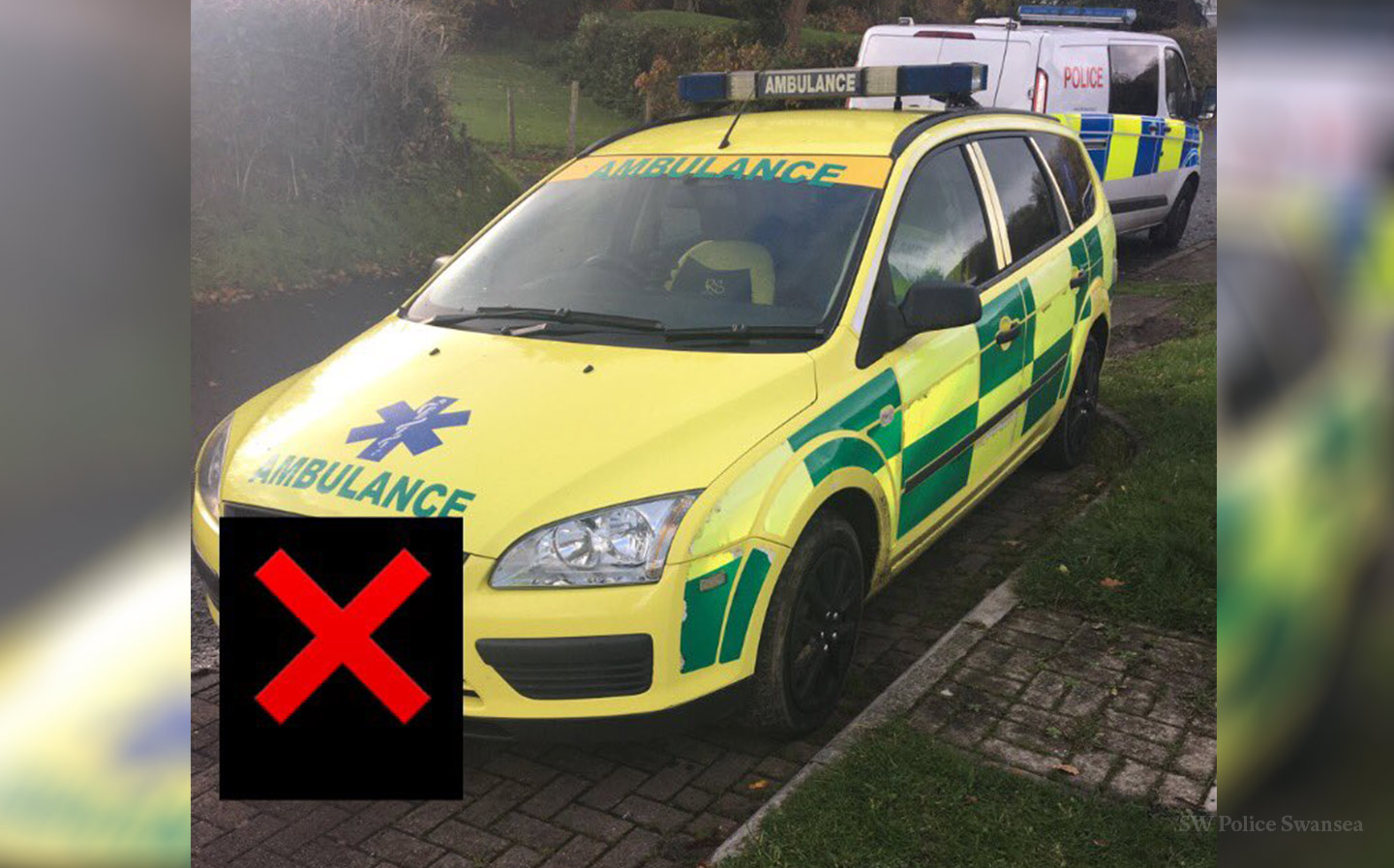 South Wales police have arrested the driver of a fake ambulance.

According to the police, the driver of the vehicle was arrested by officers in Swansea on the morning of November 12 — during International Fraud Awareness Week, appropriately — after they were notified of the imposter by residents.

Upon detaining the suspect, it was discovered the driver had numerous offences to his name and had been disqualified from driving. South Wales Police also revealed the fake ambulance wasn’t insured.

The emergency services were keen to stress that neither the suspect nor the vehicle were affiliated in anyway with the Welsh Ambulance Service.