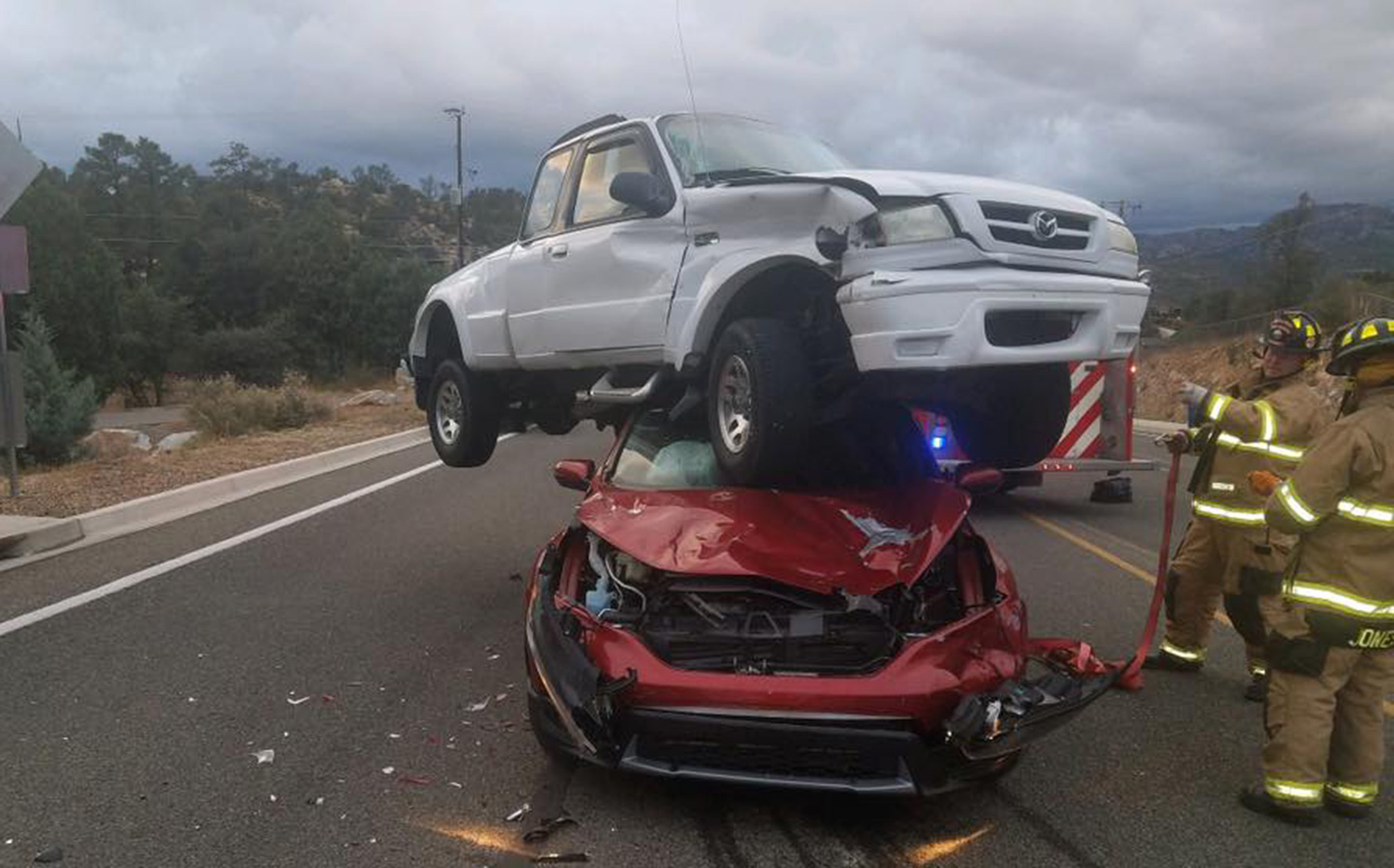 FIRE fighters rescued four people from a car crash “right out of Hollywood” in which a pick-up truck landed on top of another car’s roof.

According to the Yavapai County Sheriff’s Office, the crash on October 8 was triggered when a truck collided with a white Mazda B-Series pick-up, causing the Mazda to veer into on-coming traffic.

The Mazda was then struck by an oncoming black car, with the smash sending the B-Series into the air. The pick-up truck then landed on top of a Honda CR-V SUV.

In total, five people were caught up in the crash (two in the Honda; one each in the three remaining vehicles).

Despite the severity of the smash, no one is reported to have been injured.

According to the fire fighters who arrived at the scene, tragedy was avoided because everyone involved in the collision was wearing their seatbelts at the time.