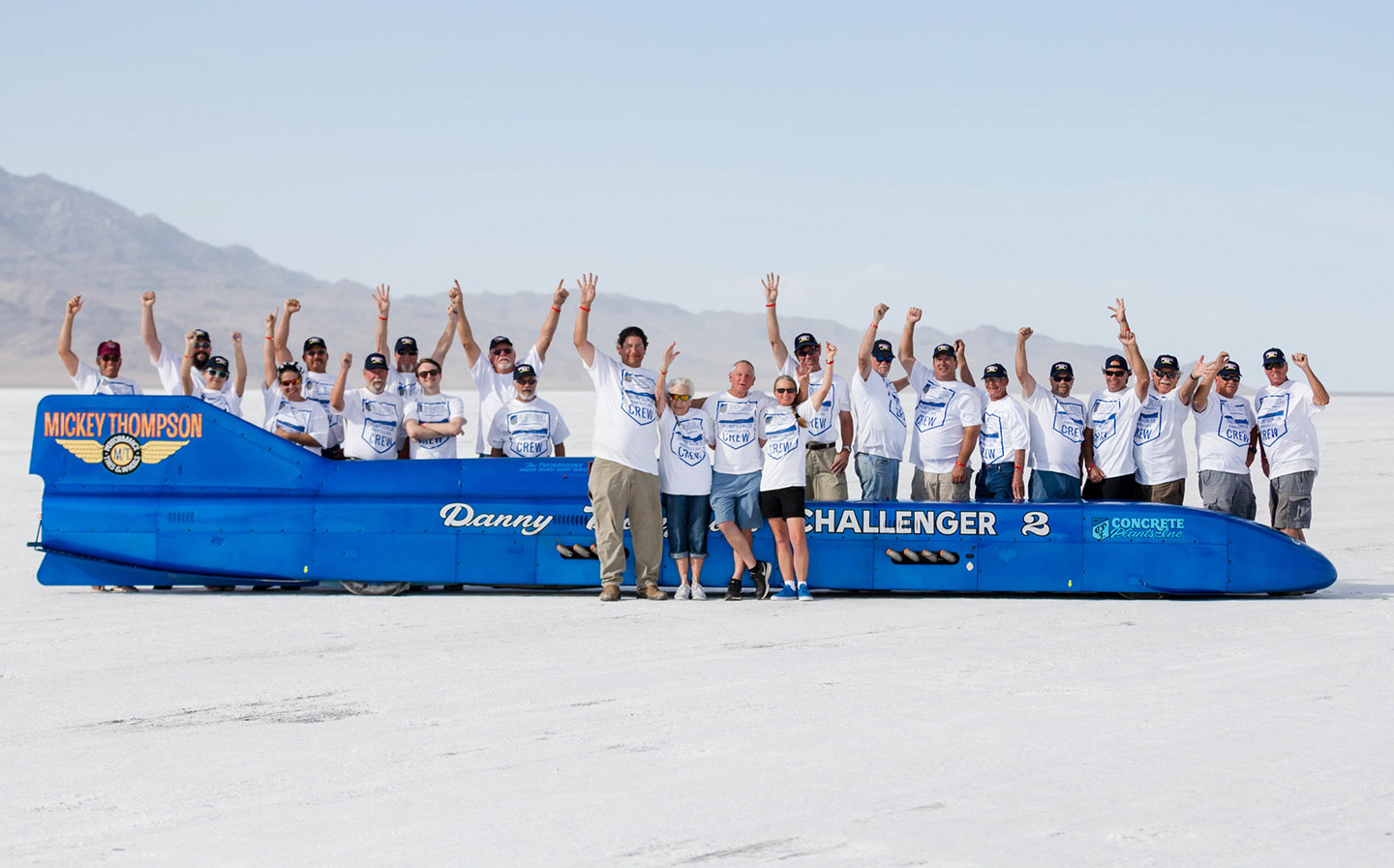 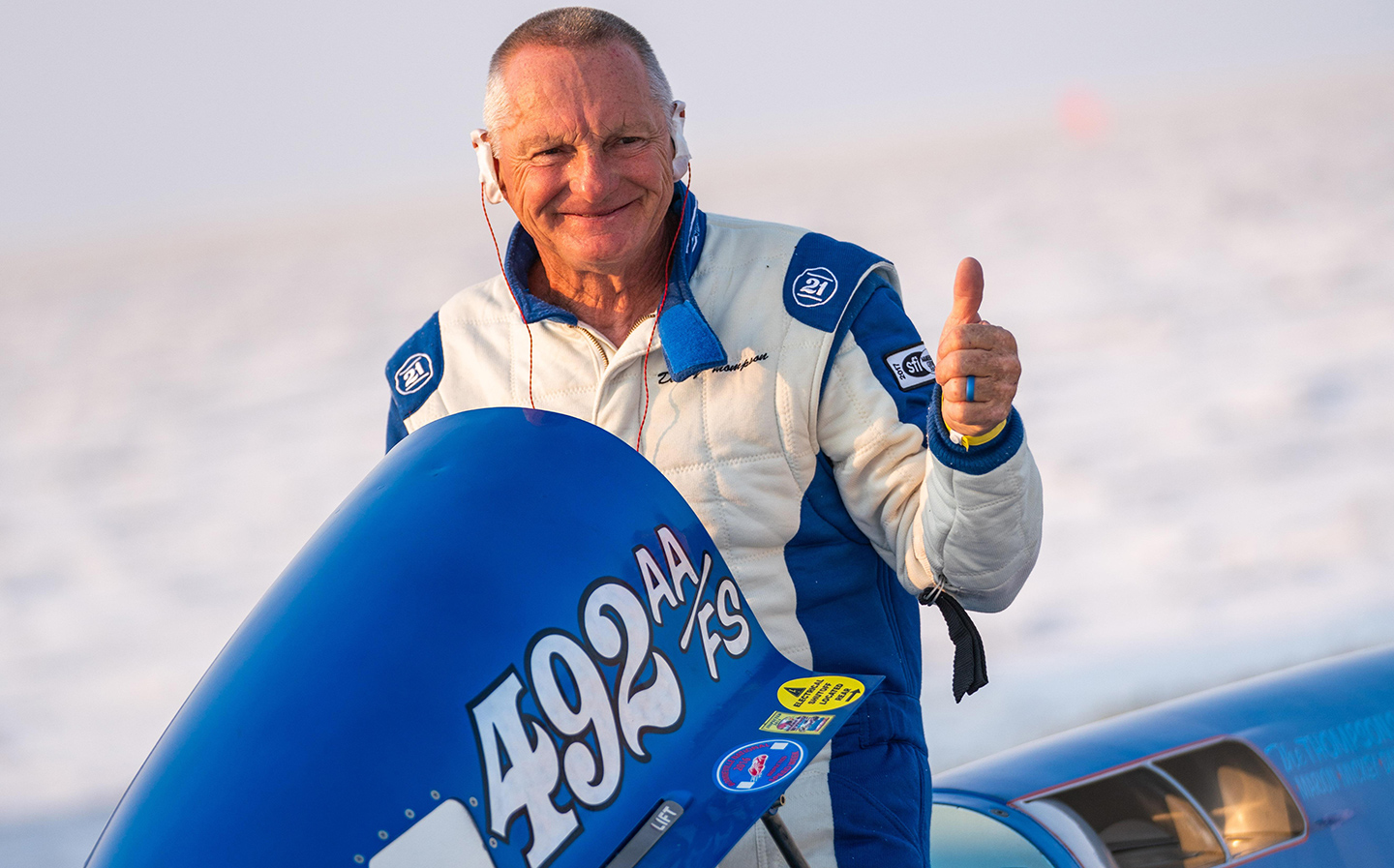 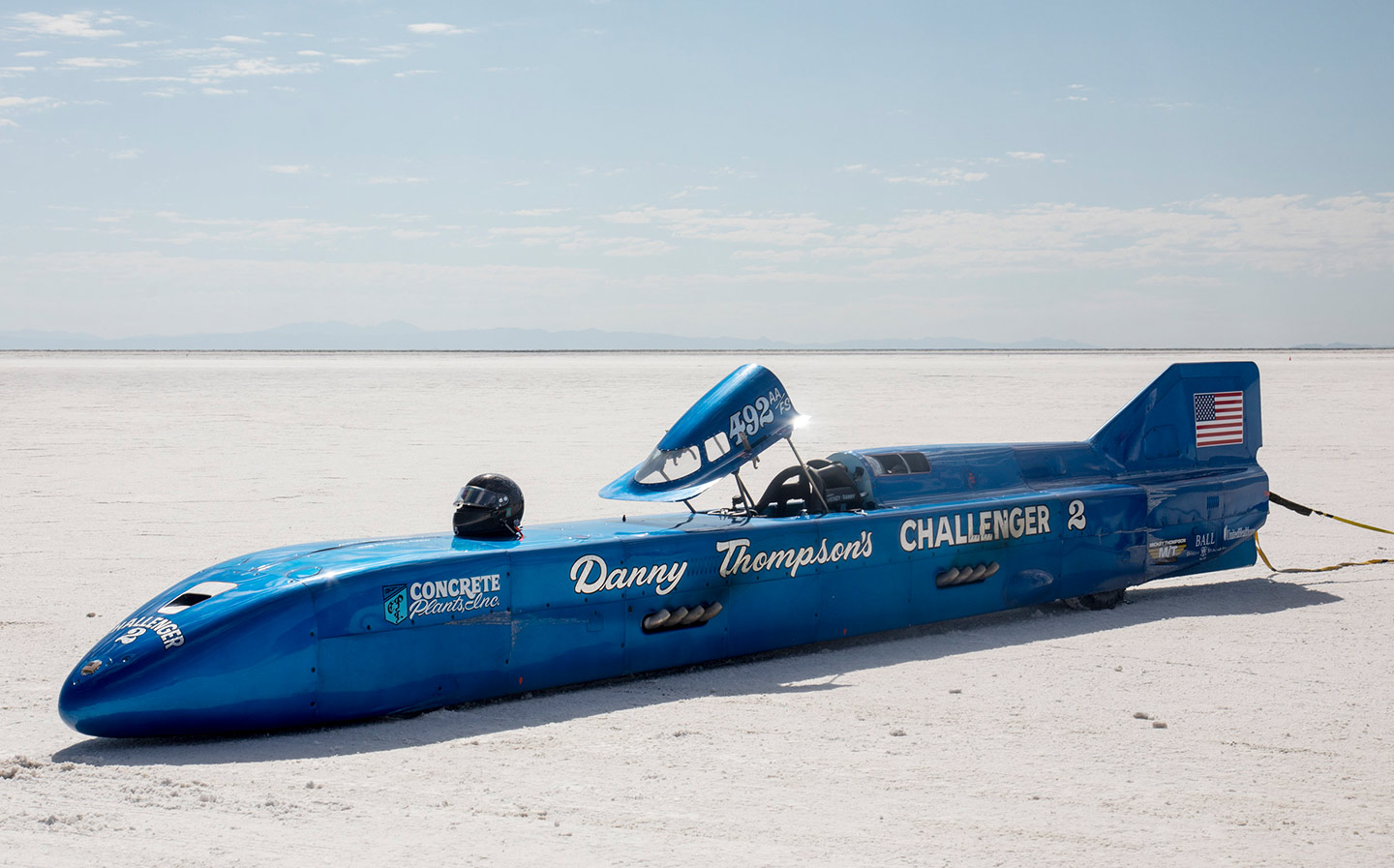 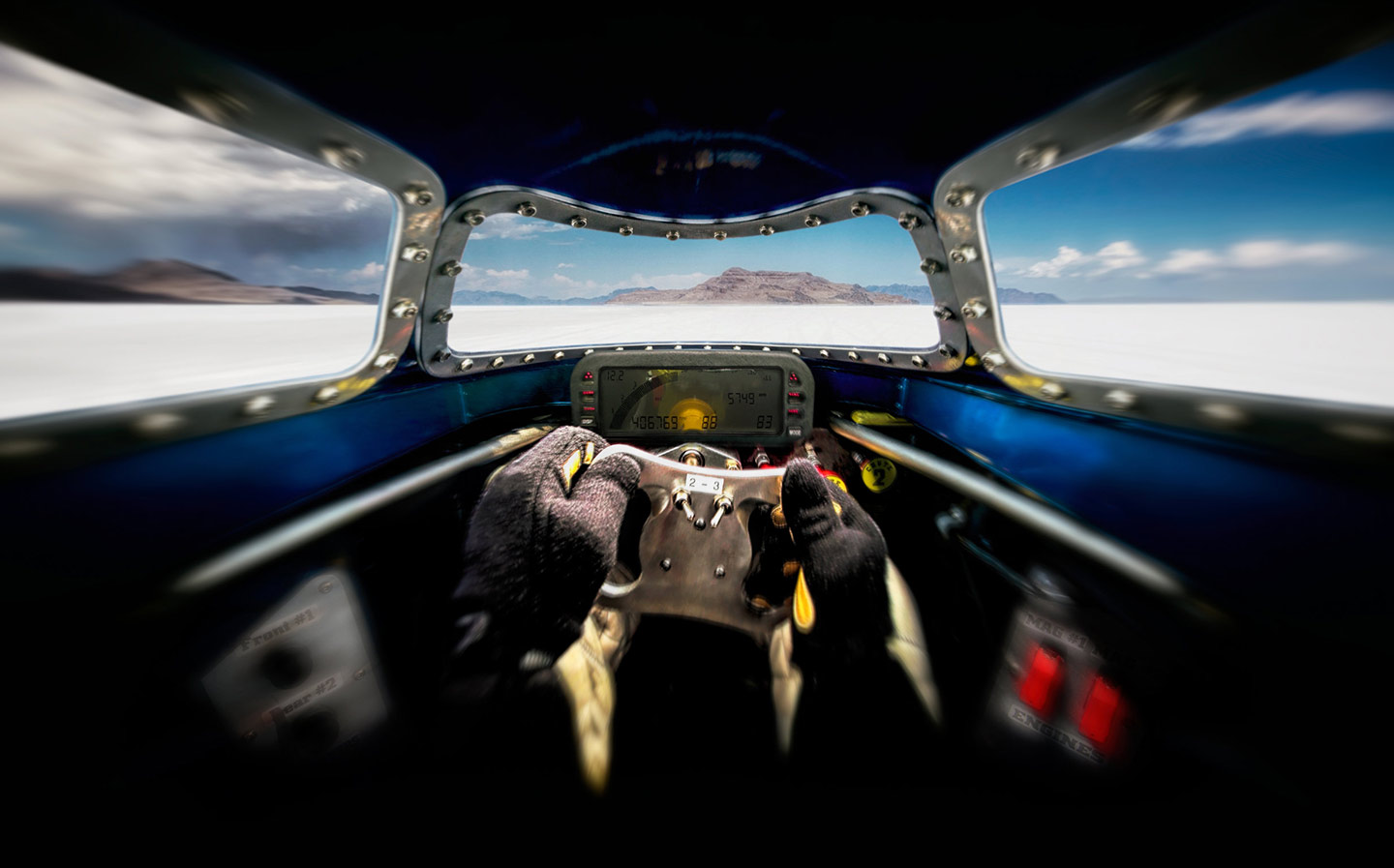 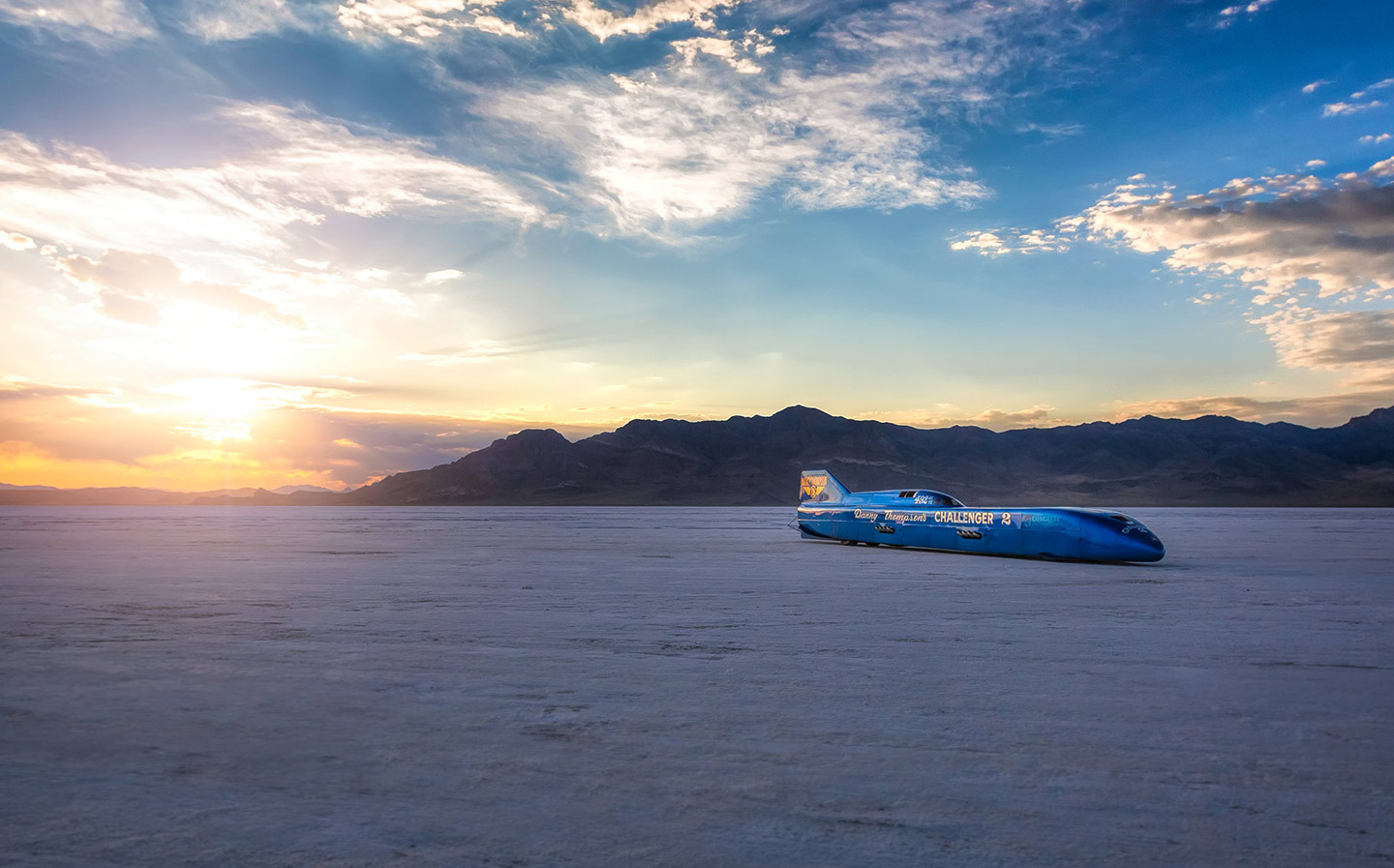 A RACING DRIVER just shy of his 70th birthday has set a new land speed record, at an average speed of nearly 450mph.

Completed in the Challenger 2 land speed car, Danny Thompson’s drive at the Bonneville Salt Flats broke the record for a wheel-driven vehicle powered by a piston engine.

With an average speed across two runs of 448.787mph, Thompson and the Challenger 2 smashed the previous record of 439.024mph, which was set at Bonneville in 2012 by the hot-rodder George Poteet, in his Speed Demon streamliner.

Making the feat even more impressive is that the Challenger 2 is far from being a modern car. The bright blue speed machine was originally built 50 years ago by Danny Thompson’s late father Mickey Thompson (who was also the first American to drive at over 400mph).

Car and driver were unable to break the speed record until Danny’s recent run, however. An attempt was called off in 1968 after a downpour soaked the salt flats, and plans to have another go in 1988 were shelved when Mickey Thompson was murdered.

In the time since, Challenger 2 has also remained mostly in the form that Mickey would have recognised. The only major changes are the two 2,500bhp nitro engines, which replace the original pair of 7-litre Ford V8s.

Speaking after the record-breaking run, Danny Thompson said: “[The speed record] has been the goal since day one of the project, and it wouldn’t have been possible without the extraordinary efforts of my crew. The men and women who volunteered to join me on this crazy adventure are the reason for today’s success. I can never thank them enough.

“In 1968, my dad, the mad scientists at Kar Kraft, and an elite group of Southern California gearheads created a vehicle that they believed had the potential to become the world’s fastest hot rod.

“It took five decades, a lot of elbow grease, and a few modifications, but I feel like I’ve finally been able to fulfill their dream, as well as my own. Thanks guys. I share today’s record with all of you.”

The 3,5000hp, six-wheeled Mercedes that could have taken the world land speed record in 1940