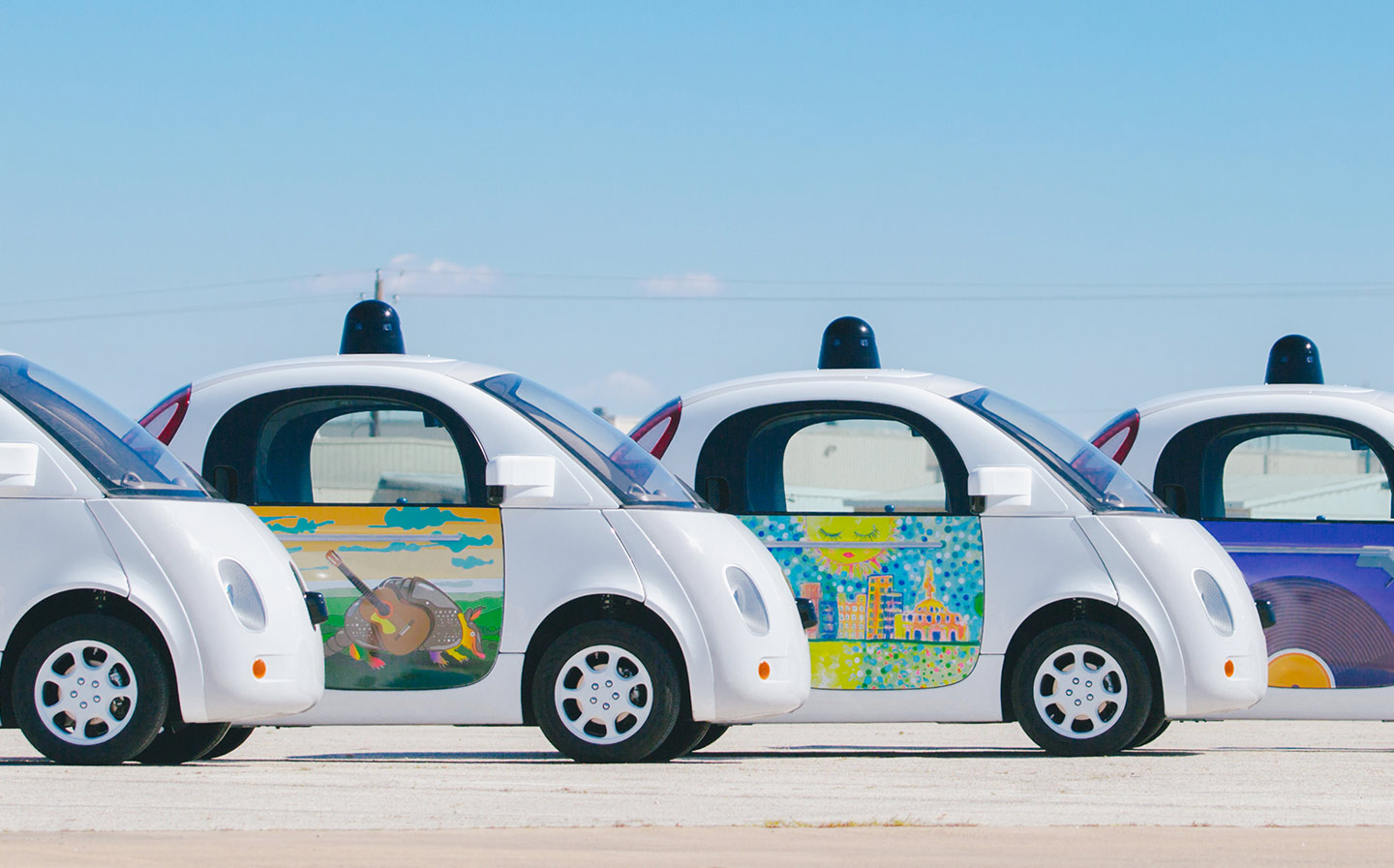 WHEN IS a self-driving car not a self-driving car? Most of the time, actually. When the cab-hailing firm Uber announced it was launching a fleet of self-driving cars in Pittsburgh, for example, there was one caveat: as Bloomberg reported, the cars “will be supervised by humans in the driver’s seat for the time being”. Ah.

Still, it’s no wonder Uber is playing the PR game, because there is huge interest in self-driving cars. Google, Apple and the electric-car maker Tesla are developing their own, alongside manufacturers such as Volvo and Ford and the defence contractor BAE Systems.

The reason is simple: America has little public transport infrastructure outside the big cities, so many commuters have long car journeys. In the jargon of Silicon Valley, this situation is ripe for “disruption”.

The British government, keen to get a share of the market, has adopted a light-touch regulatory strategy. Here you don’t need a special permit to run trials of driverless cars on public roads, provided a test driver is sitting inside at the time.

Yet despite the bullish talk — Google has predicted its vehicles will be on sale by 2020 — truly autonomous cars are still tantalisingly out of reach.

Tests show they can work perfectly on clear roads, in fine weather, when other road users don’t do anything stupid. In real life that’s rarely the case.

“Should a car be programmed to swerve to avoid a pedestrian, even if it crashes and kills the driver?”

Some problems are being solved — for example, Ford says its “laser radar” system, which had sometimes interpreted snowflakes as obstructions, can now distinguish between the two. And in February, Google began testing its cars in rainy Washington state as well as sunny California to improve their performance in bad weather.

Still, ethical questions remain: should a car be programmed to swerve to avoid a pedestrian, even if it crashes and kills the driver? (See what Mercedes has to say on this subject here). The huge range of individual human decisions will have to be replaced by a set of algorithms.

The good news is that even if truly autonomous cars never arrive, research efforts will yield safer, more user-friendly vehicles. In future our cars will need us less — but I wouldn’t bet on them not needing us at all.

Helen Lewis is deputy editor of the New Statesman @helenlewis

This article was first published in The Sunday Times Magazine