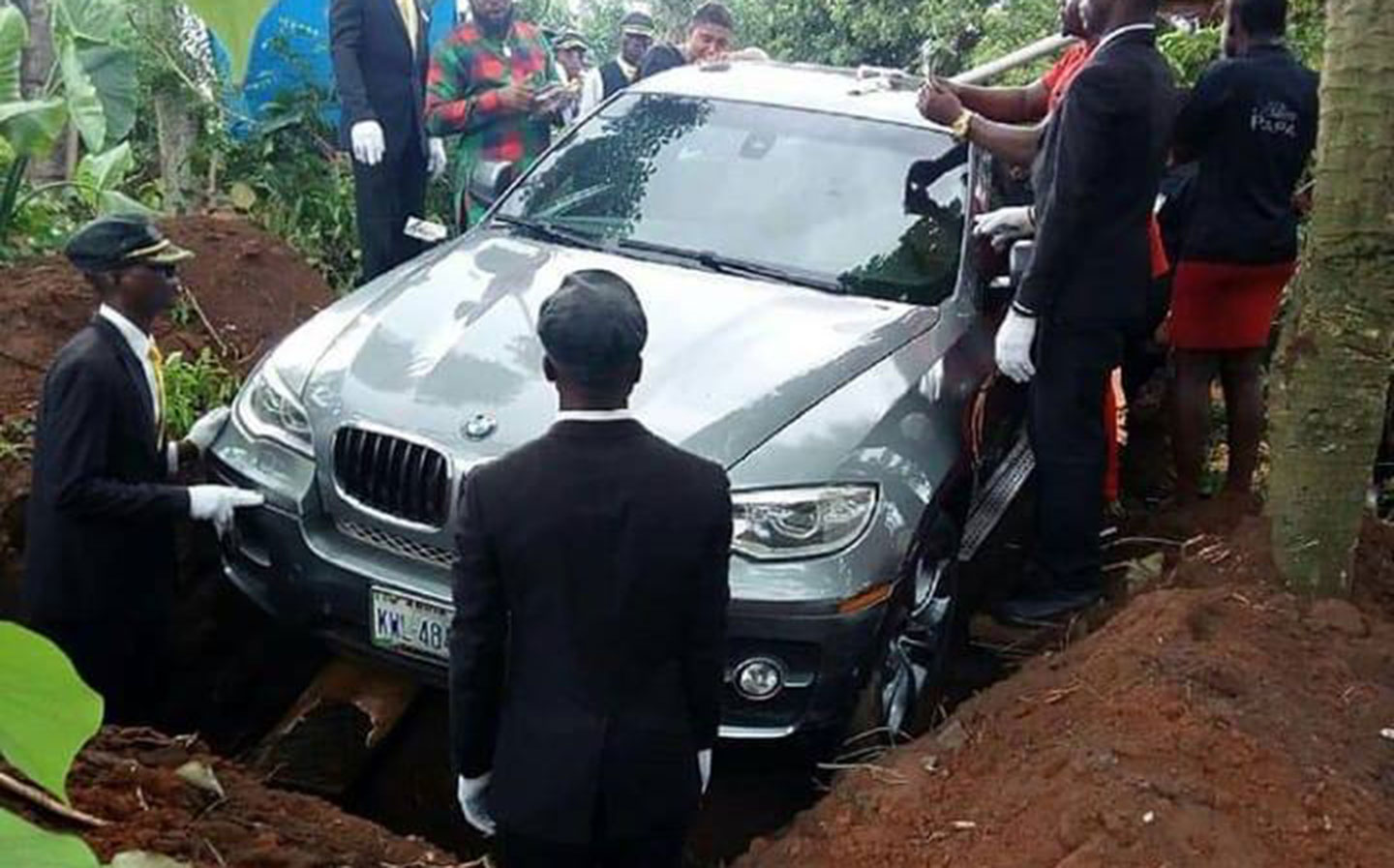 A RECENTLY deceased man in Nigeria has been buried in an unusual alternative to a conventional coffin: a brand new BMW X5.

Claimed to have cost 32m Naira (roughly £66,310 at current exchange rates), the BMW X5 burial car was allegedly part of a promise made by the man’s son. According to reports, the wealthy Nigerian had pledged to one day buy a brand new car for his father — with the BMW burial car being his way of honouring that vow.

Since being uploaded, the photo of the BMW X5 being lowered into its grave has gone viral, having amassed over 25,000 shares on Facebook at time of writing.

Unsurprisingly, the use of such an expensive car as a coffin has been met with a mixed reaction.

Though some social media users called it a non-issue, others went as far to call the funerary BMW X5 as “pure foolishness” and “absolute madness of epic proportions!” in the photo’s comments section.

Displays of wealth aside, many drivers with genuine emotional attachments to their cars wouldn’t find the concept so strange; former F1 commentator Simon Taylor recently told driving.co.uk that he would like to be laid to rest in his prized “Stovebolt Special” racer.