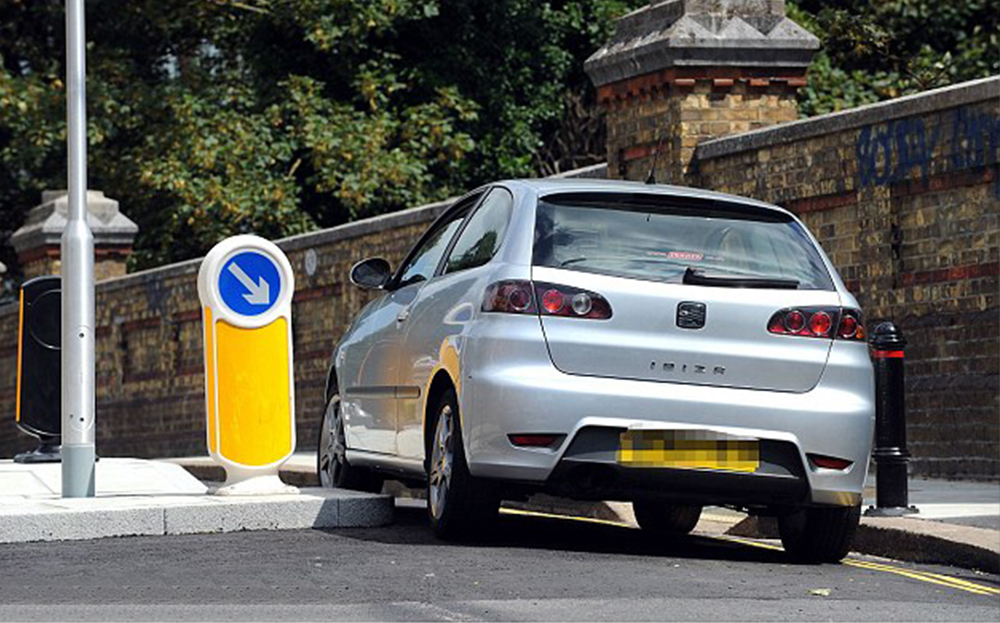 IT WAS intended to prevent HGVs from crossing but a new width restriction on a bridge in Hove, Sussex, is so narrow that even Minis are being forced to turn back.

The restriction, which took two years to build and cost £30,000, is just 2m wide. It was constructed after HGVs damaged the bridge, which has a weight limit of 3 tonnes. It takes the form of a narrow lane created between the roadside kerb and a centre island, and has a 20mph speed limit.

But within 10 minutes of opening last month, two cars had scraped their wheels on it and a Mini was seen doing a U-turn to avoid it.

Melanie White, business manager of the nearby Dock café, said: “Within 10 minutes of opening, two people hit it. You can see the black tyre marks on the side.”

Residents claim that vans speed through the gap, while car drivers are much more cautious.

“It’s stopping the wrong kind of people,” said White. “It isn’t stopping delivery drivers and white van men who take it at 30 or 40mph straight through.”

The 2m width restriction means that drivers of average size cars including the Nissan Qashqai and BMW 3-series (1.8m wheel to wheel) and the Mini Cooper and Seat Ibiza (1.7m) are forced to take extra care when passing through the restriction to avoid damaging their wheels and tyres.

Local resident Andy Wooler said: “I understand there’s a weight limit on the bridge but this is bad for anyone who drives anything bigger than a Mini.”

A spokesman for Brighton and Hove City Council said: “It’s tight but easily negotiated by cars with care at low speed. The narrow gap will ensure the weight limit is obeyed, and that HGVs stay off the bridge, preventing it getting damaged, closing again and causing much worse long-term inconvenience for all drivers.”

Search for and buy a used car here