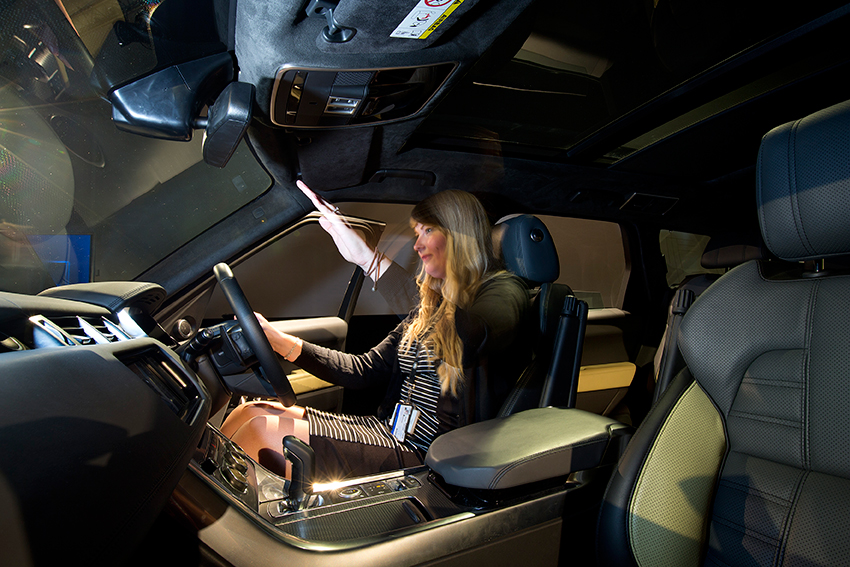 LAND ROVER calls it gesture control but to the rest of us, it could be a demonstration of the law of unintended consequences.

The car maker has developed a way of closing a car’s sunroof by moving your hand beneath a sensor in the desired direction. Move your hand rearwards and the roof opens; forwards and it closes.

Like the screen on a smartphone, the system uses capacitive technology to detect the presence of an electrical conductor; in this case, the driver’s hand. A phone’s touchscreen is sensitive up to 5mm but the screen that Land Rover has developed has a sensing field of about 15cm. The system could be in production as early as next year.

It is one of a number of gesture-controlled operations that the car maker is developing, including systems for the rear wipers, sun blinds and the sat nav. It could be introduced next year.

However, experts say Land Rover drivers may come to rue gesture control when, with even the most casual flick of the hand, they operate everything from the indicators to the windows. Driving with their hands clamped to the wheel may be their only option.

Click here to search and buy a used car