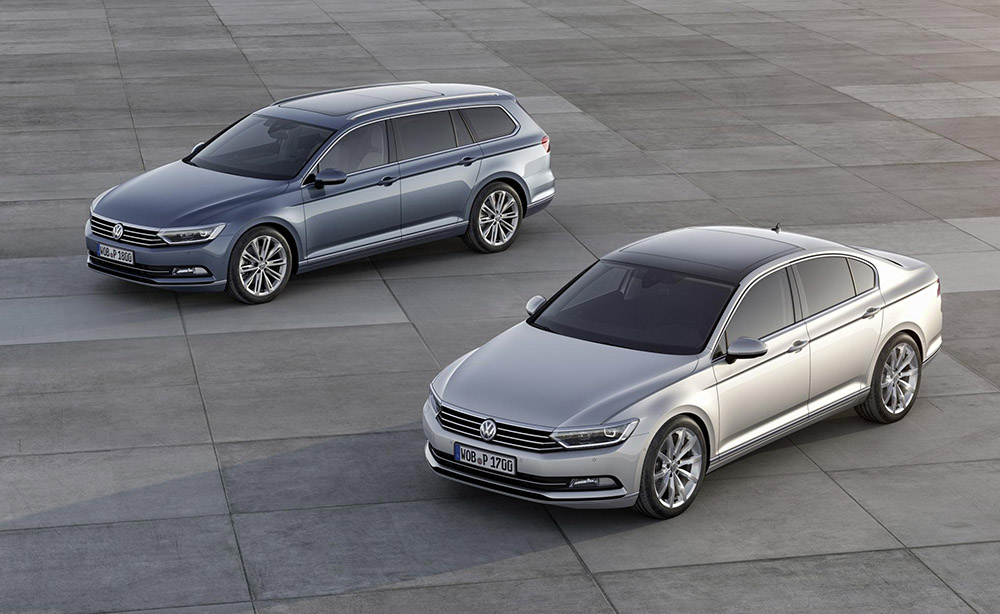 CONSERVATIVE, MIDDLE-RANKING company car user-choosers take note: the new VW Passat has been unveiled, prior to its official launch in October.

Prices for the new car, available in saloon and estate forms, will start at around £22,000.

At its heart is VW’s infinitely adaptable MBQ platform, also found in the new Golf and other VW Group models. Compact dimensions disguising generous interior space are a feature of the platform, and the new Passat is no exception. Though its body is 2mm shorter than before, its wheelbase is 79mm longer, creating more interior space. 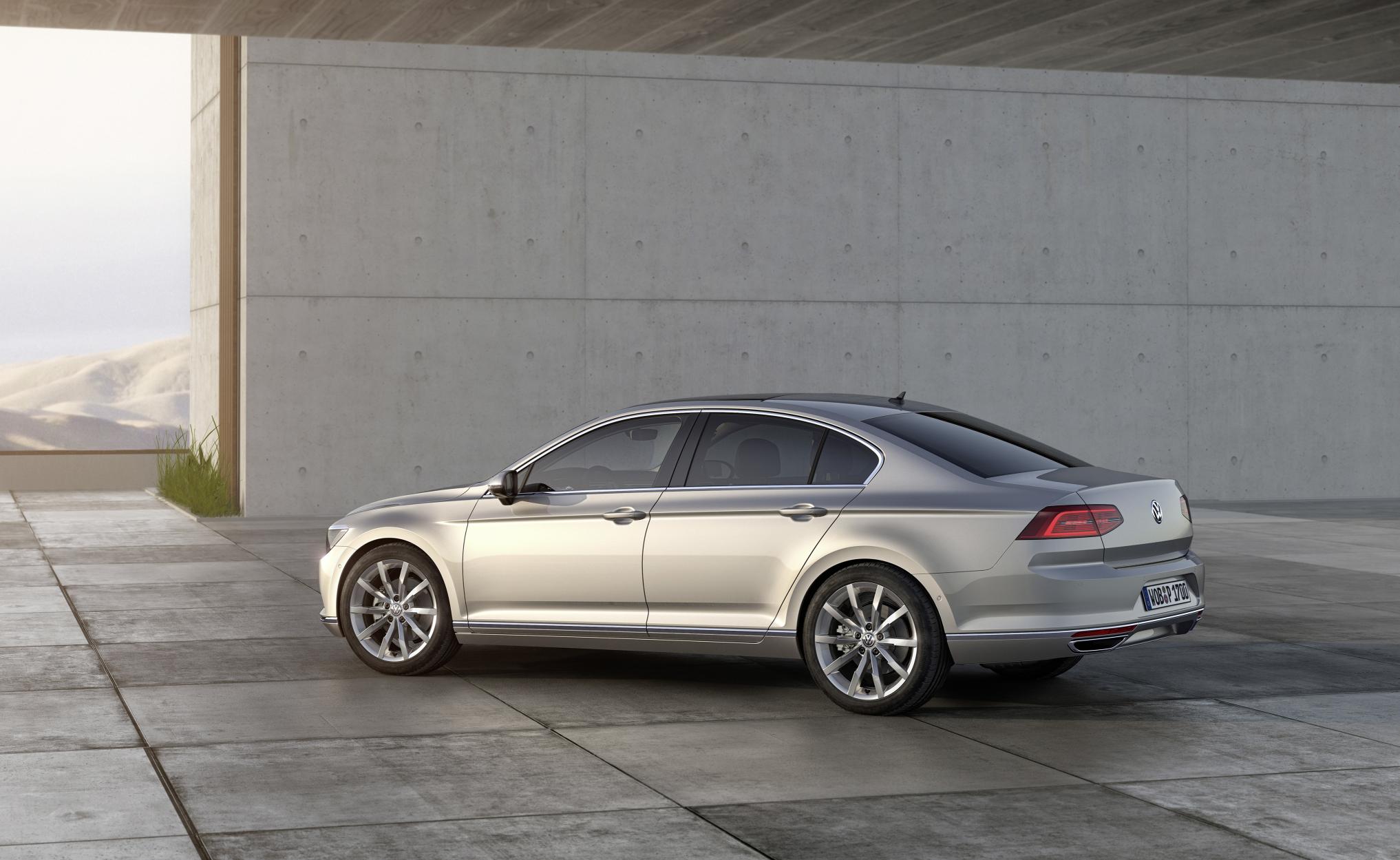 Boot space has grown, too, as also has the estate version’s load area (now 1,780 litres with the seats down, compared with the current car’s 1,731 litres).

The new Passat is also slightly lower but wider than before and features what VW calls a “cab-backward” design (a reference to the rearward location of the windscreen). Together with additional surface detailing, the still conservative-looking Passat has gained a more elegant but purposeful appearance reminiscent, from some angles, of the VW Phaeton.

In addition to the aforementioned hybrid engine, that has an electric-only range of 30 miles, and the 2-litre bi-turbo diesel, available only with VW’s DSG seven-speed gearbox and 4MOTION all-wheel drive, other engines include an economical 148bhp 2-litre TDI capable of 68.9mpg. An even more frugal 1.6-litre diesel is planned promising 75mpg. 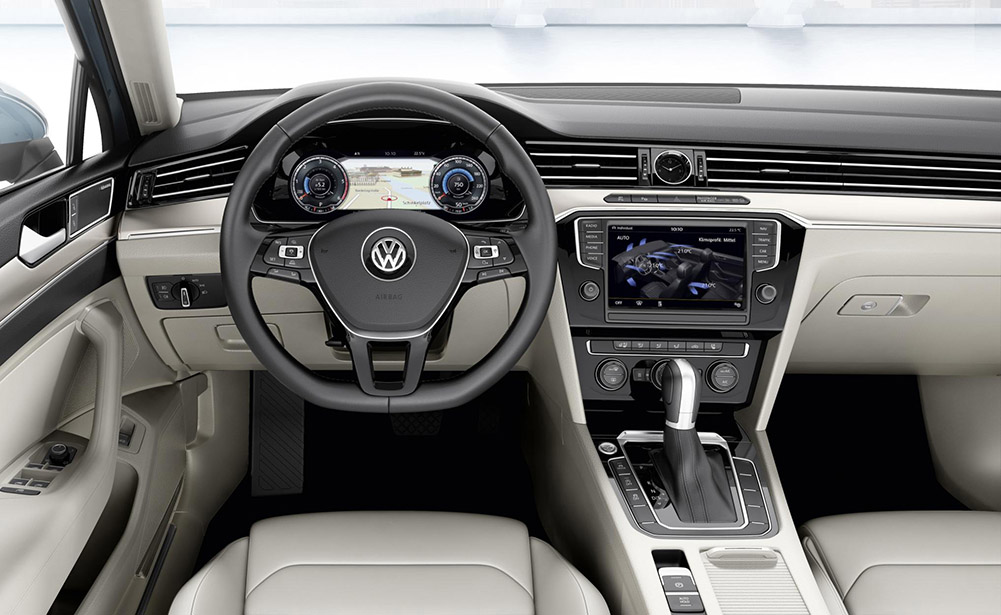 It may look conservative but the new model boasts high levels of advanced technology, among them  a suite of safety aids including the latest Front Assist system with City Emergency Braking, and convenience features such as Park Assist with perpendicular functionality for awkward places such as supermarket parking spaces.

There’s also the option of Active Info Display, which replaces the instrument cluster with a fully configurable interactive 12.3in TFT display, much like that in the forthcoming Audi TT.

How that will go down with the nation’s mature, middle-ranking executives is anyone’s guess.

Psst… quick background to the Passat 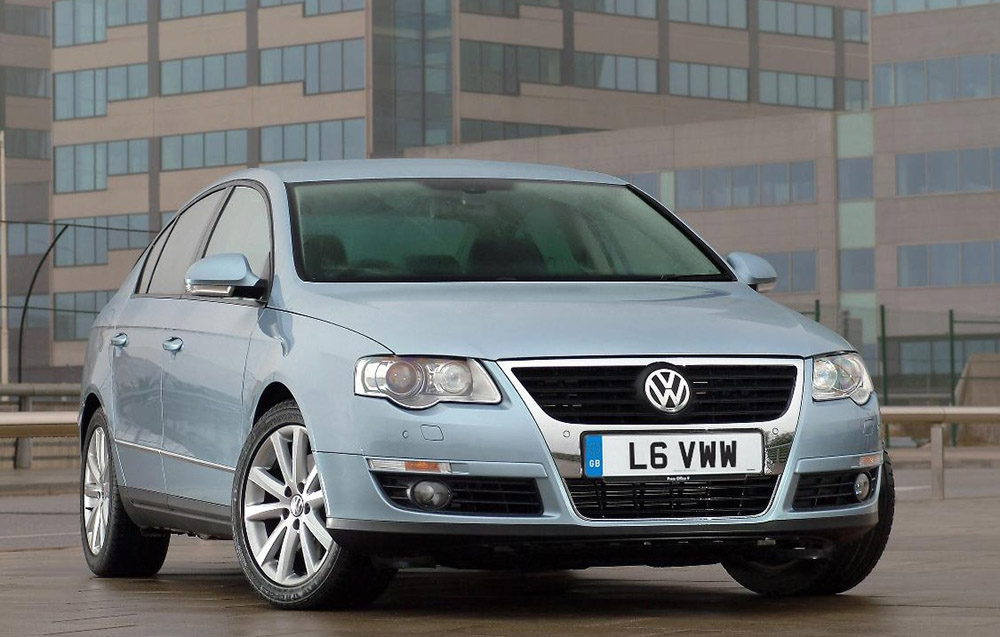 The VW Passat is one of the longest-lived models on the market.  It was launched in 1973 and has since racked up over 23m sales worldwide. Restrained styling, top build quality, refined road manners and a roomy cabin have always been its forte. However, this latest, eight-generation version faces its toughest test yet as the mid-size saloon market takes a bashing from the new generation of SUVs, most notably the Nissan Qashqai. This could explain why, in looks, practicality and equipment, it appears to have premium saloons in its sights, rather than natural competitors such as the Ford Mondeo.

1973: Mk 1 launched in three and five-door fastback and estate forms.

1981: Mk 2 arrives with signs of growing sophistication including four-wheel drive Syncro on some versions and, for top-spec models, five-cylinder Audi engines.

1988: The new Mk 3 is distinguished by its grille-less nose. Sporty model gets the Golf’s and Corrado’s new 2.8-litre VR6 engine.

2005: Mk 5 Passat shares its platform with the Golf and most engines use VW’s FSI (fuel stratified injection) system. Passat CC coupé launches in 2008.

2010: Yet another facelift sees the introduction of City Emergency Braking and a fatigue detection system

2014: New Passat to be launched at Paris motor show in October.