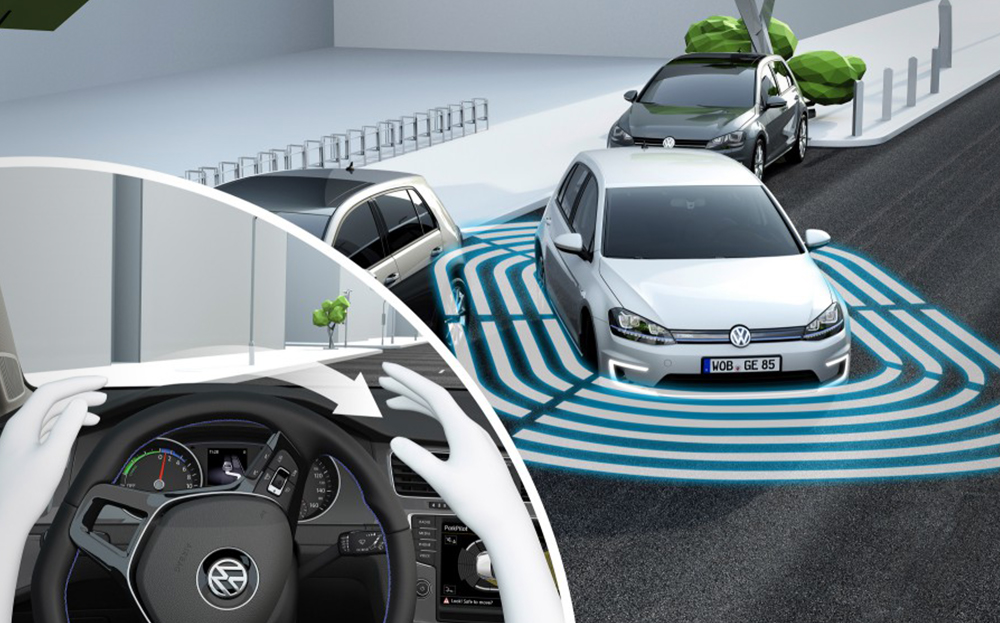 FORGET self-driving cars thundering down the outside lane. Tomorrow’s robot cars are more likely to be seen crawling forlornly through car parks, searching for an empty bay.

Among a myriad of self-driving systems at the Consumer Electronics Show in Las Vegas, two stood out. BMW revealed a version of its i3 model that boasted a “remote valet parking assistant”, which allows the driver to leave it at the entrance to a car park. The car will find a space, park and lock itself, while “the driver has already got out of the car and is on his way to a business appointment”, according to BMW. When the driver has concluded his meeting he can call the car to the exit of the car park, using an app on his smartwatch or phone.

VW revealed a simpler system that could appear in new cars soon. Trained Parking allows a car to remember a set route (from driveway to garage, for example) taught by its driver. Once programmed, it will repeat the route at the touch of a button. Cameras and sensors detect obstacles, in case, say, people wander into the car’s path. Unlike the BMW, it can’t search out spare bays.

Volkswagen says it is more accurate than any human driver because it can park in precisely the same spot every time. So how well does it work? On a sunny afternoon in a car park near the Las Vegas convention centre, VW boffins gave a demonstration.

The car can be controlled by any remote device including a smartphone, but the VW engineer produced a smartwatch and, using voice control, commanded the car, already programmed with a route, to park itself. Silently the vehicle cruised to a bay and nudged itself in perfectly. VW says that to comply with safety regulations the driver will have to stay in the car while it parks itself (so that BMW driver may not be on the way to his appointment quite yet), but that it envisages the car doing so driver-free in the near future.