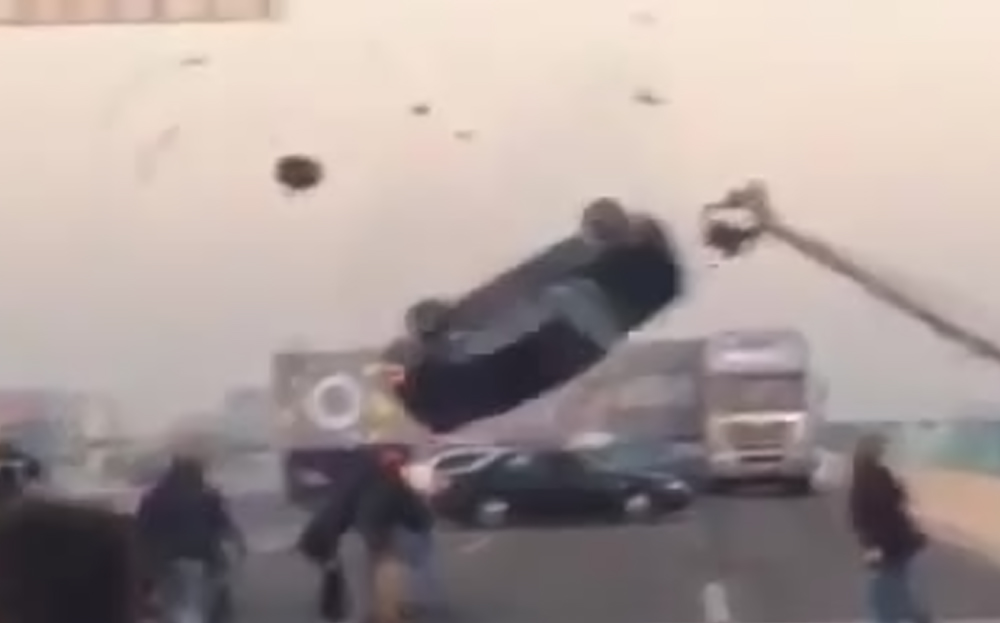 IT’S THE stunt world’s equivalent of the blooper: the stage-managed accident that goes wrong, and ends up on the cutting room floor.

Except this particularly horrifying blooper was filmed by a bystander and posted online earlier this week.

Rumour is that the stunt was being filmed by an American film company in China. Fortunately ­­‒ and remarkably ­‒ no one was seriously hurt.

It reminded us of French stunt driver Guerlain Chicherit’s Guinness World Record jump attempt that went so spectacularly wrong earlier this year. Filmed in crystal-clear GoPro vision, and from all angles, it, too, will make you reconsider that stunt job application you were mulling over.

Click here and search for used cars on driving.co.uk