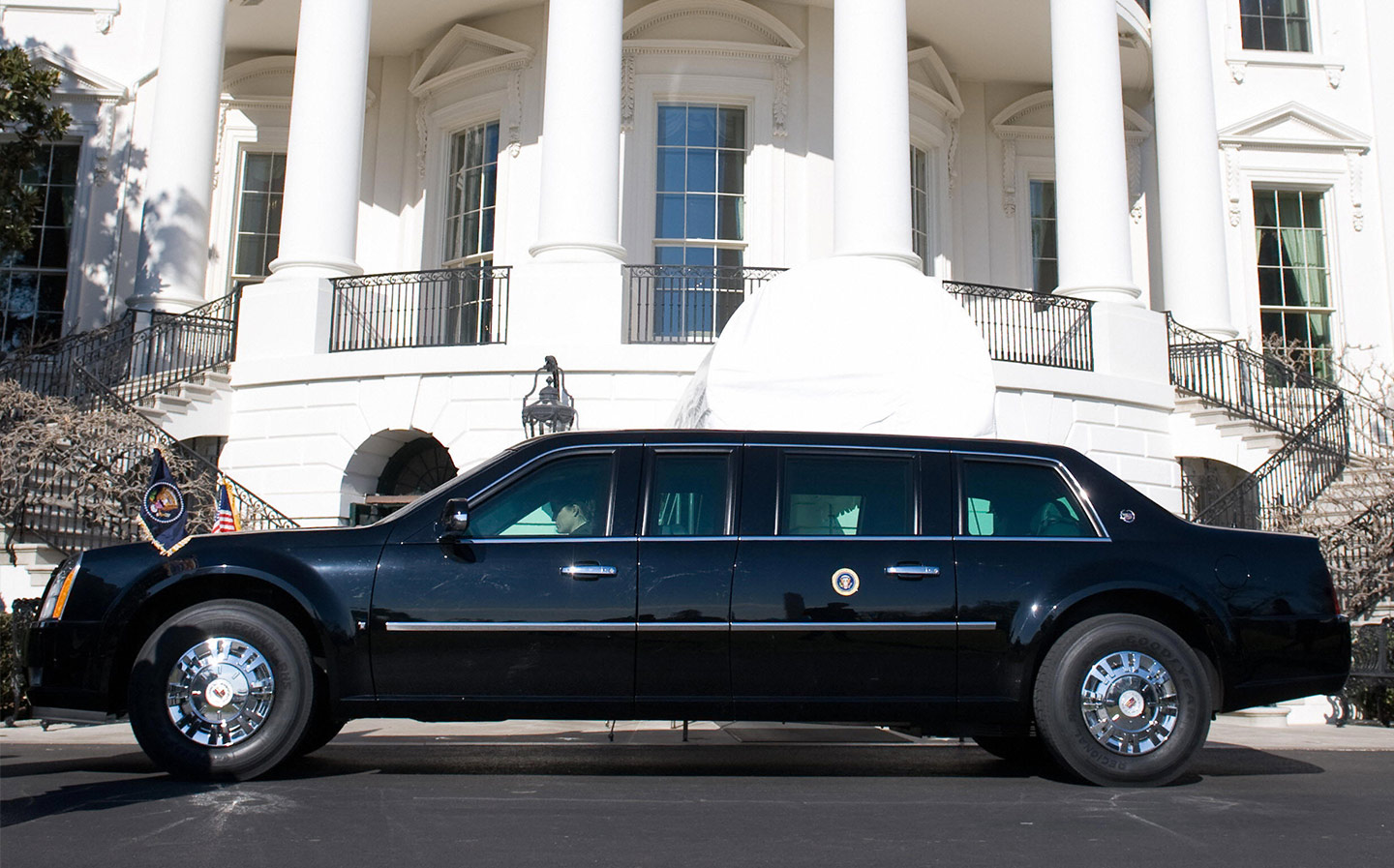 THE PRESIDENT of the United States is in the market for a new car. But not just any car.

Obama’s armoured limo, nicknamed the Beast, is to be replaced in 2015. That’s still two years away but given the new car’s demanding specifications, work can’t begin soon enough.

The current vehicle, which cost $1.5m, may look a little like the sort of stretched limo Premiership footballers choose for their big night out but in fact it is a cross between a Cadillac and a Chevrolet  Kodiak truck.

The fully armoured car, which incorporates 8in thick steel plates and 5in deep windows capable of withstanding an explosion, weighs 8 tons. Its doors are sealed tight against chemical attack and it is packed with communication and life-support systems, including a blood bank matching the President’s type.

America’s Secret Service, the agency responsible for protecting the President, has invited car makers, including Cadillac which has a tradition of building presidential limos, to tender for the contract. Given the agency’s experiences with the Beast in recent years, it should be quite demanding.

One requirement might be for the car to run on all types of fuel. Earlier this year, the 6.5-litre diesel-powered Beast ground to a halt when it was accidentally filled with petrol on its way to Tel Aviv airport.

Another might be for wheels and tyres that can overcome any obstacle. In 2011, the Beast became stuck on a humble exit ramp as it left the US Embassy in Dublin.