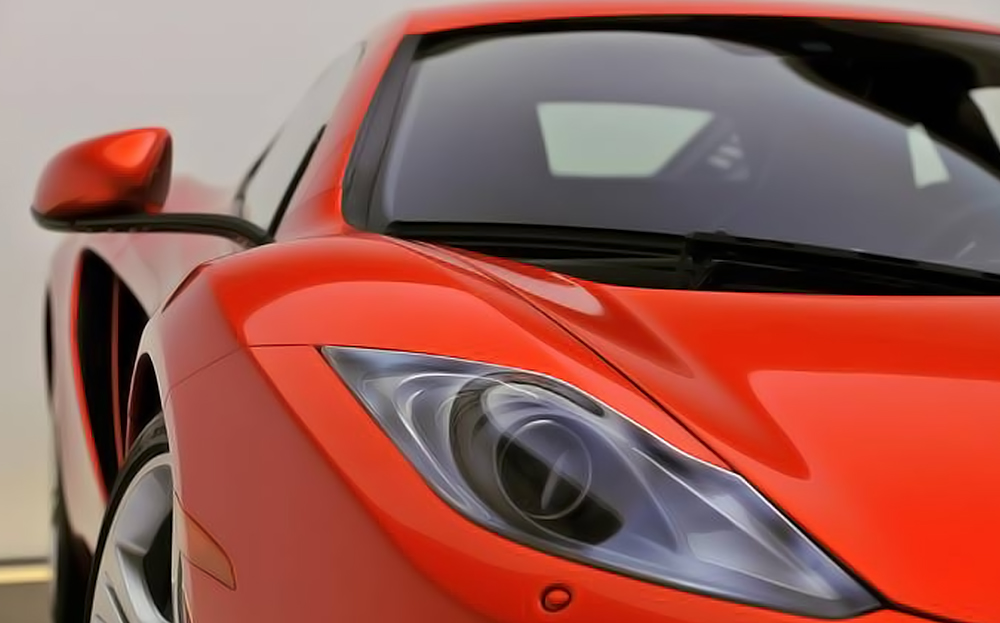 LIKE WIND-UP windows and ashtrays, the humble windscreen wiper is soon to be erased from modern cars.

Britain’s most advanced car company is working on secret plans to dispose of the windscreen wiper — an archaic throwback to the early days of the automobile.

According to McLaren, the firm that builds supercars for the road and Formula One cars for the track, the new system is adapted from fighter jets.

It is expected to use high-frequency sound waves similar to those used by dentists for removing plaque from teeth, and by doctors for scanning unborn babies.

By, in effect, creating a force field, water, insects, mud and other debris will be repelled from the screen.

As well as improving visibility, McLaren said that removing wipers could improve cars’ fuel economy by eliminating the weight of wiper motors and streamlining the windscreen. It would also prevent the problem in cold weather of wiper blades freezing to the glass.

The system is expected to be introduced in McLaren’s range of cars, which cost between £170,000 and £870,000, but is unlikely to be ready before 2015. If successful, it could be quickly adopted for mass-produced cars.

Mary Anderson, an American property developer, is credited with inventing the windscreen wiper after a visit to New York in the winter of 1903.

In a tram on a frosty day, she noticed that the driver kept the front window open because of the difficulty of keeping the screen clear of falling sleet. When she returned to Alabama she applied for, and was granted, a 17-year patent for a windscreen wiper. Her device consisted of a lever inside the vehicle that controlled a rubber blade on the outside.

In the same year, James Henry Apjohn, a Dublin-born civil engineer, devised a method of moving two brushes up and down on a vertical plate glass windscreen, which he then patented in the UK.

McLaren, based in Surrey, is reluctant to release details about its wiper-free windscreen because it says rivals may steal the idea. However, experts suggest that it may make use of ultrasound, waves outside the human hearing range, to create tiny vibrations on the windscreen. These would in effect shake off any object that landed on the screen. It could cost as little as £10 to mass-manufacture.

“The obvious way of doing it is to have an ultrasonic transducer in the corner of the windscreen that would excite waves at around 30kHz to bounce across the windscreen,” said Paul Wilcox, professor of ultrasonics at Bristol University’s faculty of engineering.

“You would not be able to see anything moving because the amplitude of vibration would be at the nanometer level.”

Frank Stephenson, McLaren’s chief designer, and one of the team responsible for reinventing the Mini in 2000 when he worked for BMW, said the system had already been proven by the military, which was keeping it under wraps.

“It took a lot of effort to get this out of a source in the military,” he said. “I asked why you don’t see wipers on some aircraft when they are coming in at very low speeds for landing.

“I was told that it’s not a coating on the surface but a high frequency electronic system that never fails and is constantly active. Nothing will attach to the windscreen.”

Stephenson said he would not mourn the demise of wipers. “The windscreen wiper is an archaic piece of technology. We’ve had them since cars began and it’s one of the last bastions of design to overcome,” he said.

It is not the first time that such a design has been suggested. In 1986, Japan’s Motoda Electronics Company patented an ultrasonic windscreen wiper system, which used ultrasonic waves to push rain off a windscreen.

At slow speeds, the rain was pushed downwards, using gravity to assist the system. At higher speeds, when more air was being pushed up and over the roof, the waves switched direction to push rain upwards and into the airstream.

Motoda’s patent is not thought to have gone into production. Since then, advances in ultrasonics and the miniaturisation of components have made the idea more viable.

The following Q&A was part of a longer interview with Frank Stephenson conducted by Driving.co.uk in November. This extract, published here for the first time, focuses on future technology for road cars. It was during this section of the interview that it emerged the company was working on wiperless windscreens, but there’s more advanced design and engineering work going on behind closed doors in Woking besides…

Driving.co.uk: P1 is massively technically impressive with KERS (Kinetic Energy Recovery System), DRS (Drag Reduction System) and other active aerodynamics. What’s the next technology to hit hypercars? Can you make them faster?

FS: Sure you can make them faster, but to make them a lot faster in terms of acceleration you need to move to four-wheel drive. It’s amazing we can get to 2.8sec (0-60mph) with two-wheel drive in the P1. It’s very difficult to get a 2WD car to stick that much. But there’s all new technology that we’re developing, which is mostly about suspension. The P1 has an advanced form of the 12C suspension. P13 (a Porsche 911 rival) will probably take cues off P1 in a high-performance version of P13. There’s a lot of advancements that keep happening with electronics. But basically all you have to really do to understand what the future is, is look at the current cars in Formula One ‒ what they can do ‒ and all that, plus the stuff that is illegal in F1 will end up on our cars.

FS: Yes, and brake technology from a long time ago. All that stuff that gets banned in F1 can be used in road cars. Drive-by-wire and things, as well.

Driving.co.uk: What about blowing hot air from the exhaust over aero parts to create downforce at lower speeds? Blown diffusers were banned in F1.

FS: They really helped. Charging the air using the exhaust system is very interesting and it’s something we’re working on. But it requires a lot of work because in terms of keeping a car cheap, you can’t really punch too much hot air over it. Whereas in F1 you paint or replace used parts after every race, a road car is very different.

FS: There are things like windscreen wipers, which you don’t need. I went to visit a military aviation base up north and they showed me the technology they use to make sure they don’t need, in an extreme situation, to clean windscreens with wipers. Because the last thing they want to do is smear the windscreen.

They use a wiperless system that is actually quite cheap, and we’re looking to use it, not just because you’re reducing moving parts but also because it’s a great advantage in the weight you can lose. You can lose weight not just in the part itself but also in removal of the liquid needed to run it all – all that together is quite a bit of weight. Nobody’s gone down this route yet and it will put a few people out of business, but that’s the nature of moving forward. It’s a very cost-effective technology and something I think we should be moving towards. Somebody has to take the first step and I think it will be McLaren.

Driving.co.uk: How does it work exactly?

FS: It uses electricity basically, and I think it works through high frequency vibration. When I saw the demonstration of it, it was absolutely amazing. There was a test set-up in a special room and they showed how it works by throwing glue, honey, caramel – things that you would expect to stick. It just came off like… Rain-X is one thing but this was like Rain-X times 10. It was just absolutely slick – not even dust or anything could stick to it. It was amazing, and not expensive at all.

Driving.co.uk: What else can we expect?

FS: Cars will change colour at your whim. Using a material that is not transparent – it’s opaque – but you can send an electrical charge through it in a way that allows you to choose five or so colours. The material has a photo luminescent effect and you can go through the rainbow. We haven’t been able to do metallics yet, but they are solid forms of colour that are charged to become a certain colour. And because it’s electronically controlled, you can spin it through a colour spectrum at will, and so you’re not stuck with a colour when you buy a car – you can run a car in any way you’re feeling from Monday to Friday.

Absolutely one other direction we can expect is charging your car panels to change their shape. Releasing the charge returns them to their original shape, via a memory effect. What that means is that you can alter the shape of the car to be more efficient for aerodynamic efficiency at speed, providing increased downforce, or whatever function you need, in specific circumstances. Cars could become longer, even. It’s active aerodynamics, but not just with movable components; the parts actually change shape.