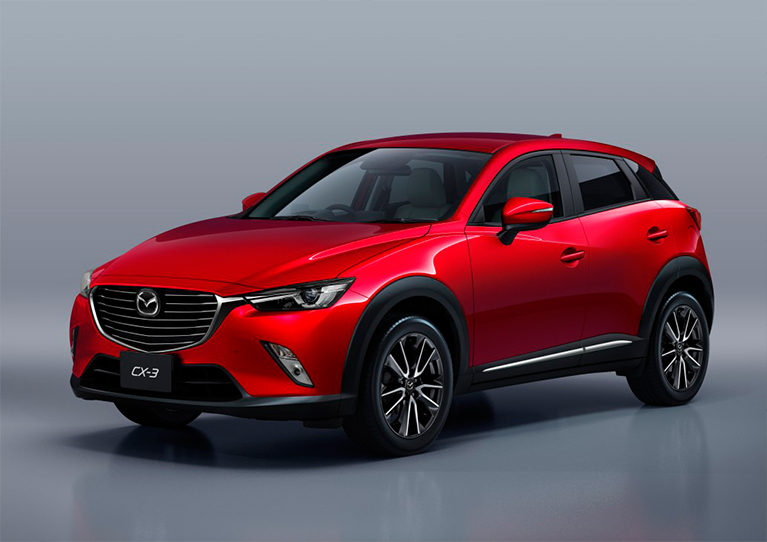 MAZDA WILL take on the hugely popular Nissan Juke next year with its own compact crossover SUV.

Unveiled last night at the Los Angeles motor show, the high-riding CX-3 – intended as a little sister to the CX-5 but sharing more DNA with the Mazda2 supermini – will hit showrooms in spring 2015. Also in Mazda’s sights are the Renault Captur and Vauxhall Mokka.

The Mazda will come with the option of all-wheel drive with torque-vectoring for added grip and traction, if not full SUV-style abilities.

Three engines will be offered in Europe: a 2-litre petrol with a choice of two power outputs, and the new 1.5-litre diesel used in the new Mazda2. Six-speed automatic transmission will also be an option.

Mazda is keen to make us aware of its so-called Skyactiv suite of technologies – developments designed to reduce fuel consumption and emissions, including lightweight components and improved aerodynamics – as well as its latest safety systems, which include lane-departure warning, blind-spot monitoring and emergency braking intervention.

Mazda claims the CX-3’s entertainment and communications kit is generous: a package including the MZD Connect infotainment system with smartphone compatibility is promised, and a head-up display will be available.

No British prices have been announced as yet, but given that there’s no entry-level small petrol engine on offer, at least at first, expect the CX-3 to start at about £18,000.