AT THE Goodwood Festival of Speed this weekend, Jaguar will show its fastest F-Type yet, a tribute to the company’s successful D-type racing Jaguars of the 1950s, to be handbuilt at a dedicated new plant in the West Midlands.

Just 250 examples of the F-type Project 7, a reference to the car maker’s seven Le Mans victories,  will be produced, with the first cars reaching customers during the middle of 2015. Each one will cost a cool £135,000. 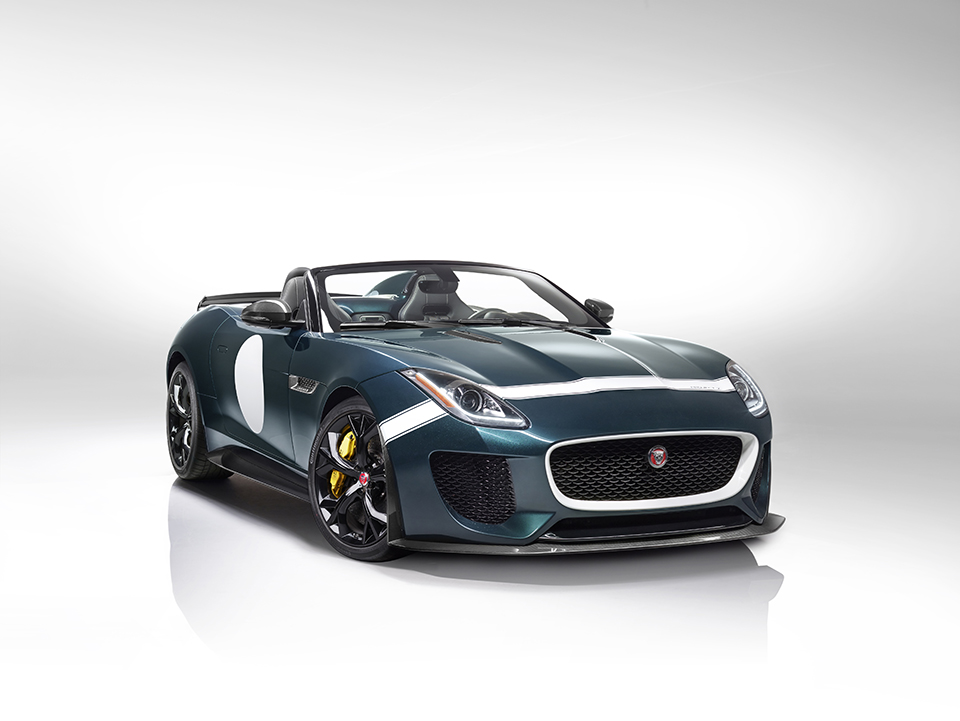 Search for and buy a used Jaguar F-Type on driving.co.uk

Though based on the F-type, the new model is a two-seater only and features heavy D-type-inspired styling, including the racer’s distinctive fairing located behind the driver.

It is the first production-ready model to emerge from Jaguar’s new Special Vehicle Operations department and is largely faithful to the concept car shown last year. 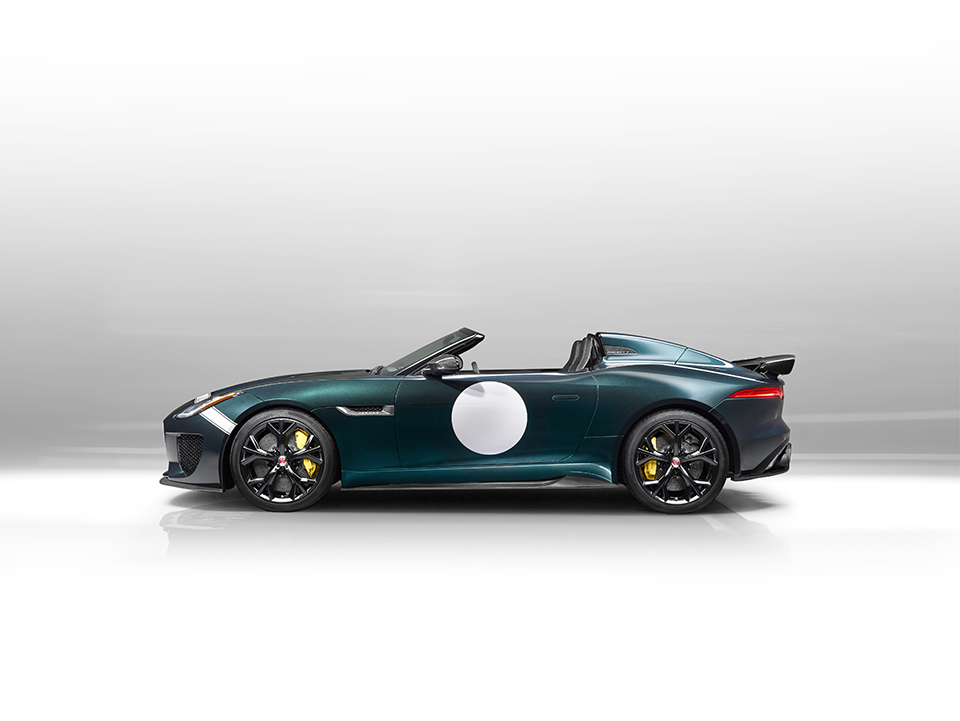 It is powered by an uprated version of the 5-litre V8 from the F-type R, producing 559bhp (an increase of 25bhp) and 502 lb ft torque, sufficient to launch it from 0-62mph in 3.9 seconds. Its top speed is limited to 186mph. This means it boasts more power than the XJ200, the last supercar to be built by Jaguar.

Thanks to its all-aluminium body and liberal use of carbon fibre, the Project 7, which has a removeable roof, weighs 1,585kg; 80kg less than the F-type convertible.

Power is sent to the rear wheels via an eight-speed Quickshift transmission and controlled both by an active electronic differential and by Torque Vectoring by Braking, which automatically brakes selected wheels to tighten the car’s cornering line. 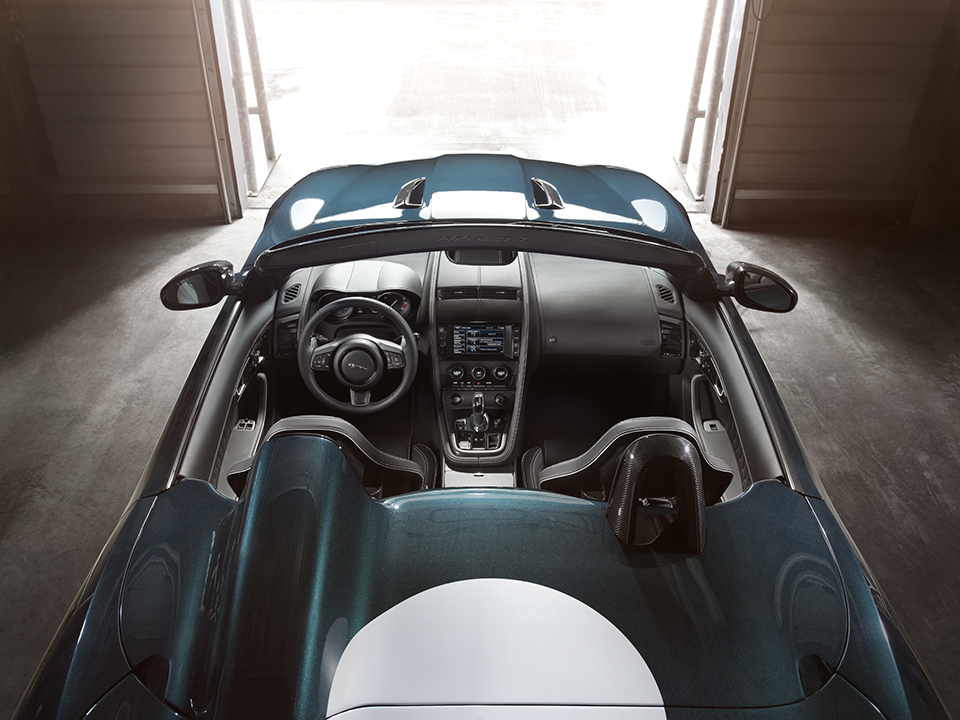 Muscular wheelarches, a lower windscreen and a new front bumper, as well as that trademark fairing, distinguish the Project 7 from the F-type. Additional modifications including a carbon-fibre front splitter, side skirts and an adjustable rear spoiler help generate 177% more downforce at 186mph, than the F-type convertible.

Jaguar says that the car, which was developed at the Nürburgring and at UK circuits, is the most driver-focused derivative of the F-type range, as well as being the fastest and most powerful car it has ever built.

Mike cross, chief engineer at Jaguar, said: “Above all, it is fast. It uses all the key technologies we’ve proven on F-type R coupe to deliver absolute immediacy of response.”

The Jaguar D-type racing car that inspired it celebrates its 60th anniversary this year. Its trademark tail fin, or faring, was a post-production modification added to improve high-speed stability. The model went on to win three Le Mans 24 hour races. 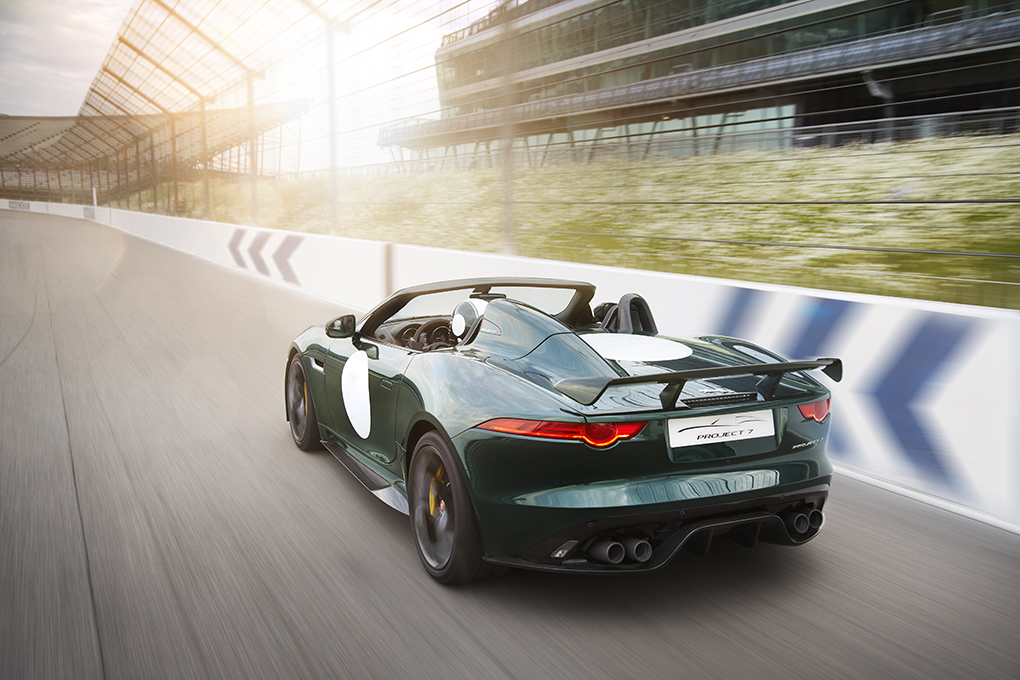 Commenting on the influence of the D-type on the design of the Project 7, Ian Callum, director of design at Jaguar, said: “It was important that the Project 7 kept certain features of the D-type – the car’s fairing and its sensuous lines – but that it should also work aerodynamically. We had our design wind-tunnel tested, and developed the front and rear of the car to improve downforce.

“At the same time, we wanted to pay tribute to the D-type so you’ll see the same large, white roundel, the white graphic on the front inspired by the Ecurie Ecosse team and the white mouth of Mike Hawthorn’s Le Mans-winning D-type.”

The F-type Project 7 will be the first car to be produced at Jaguar’s special vehicles facility. Partially completed F-types, produced at the company’s Castle Bromwich plant, will be taken to the new location for final hand assembly.

Jaguar says the dedicated plant, which will be in the West Midlands but whose precise location it would not disclose, will eventually employ up to 200 people producing high-performance derivatives of Jaguar and Land Rover vehicles. They are likely to include the forthcoming Range Rover Sport SVR.

Search for and buy a used Jaguar F-Type on driving.co.uk

History of the Jaguar D-type 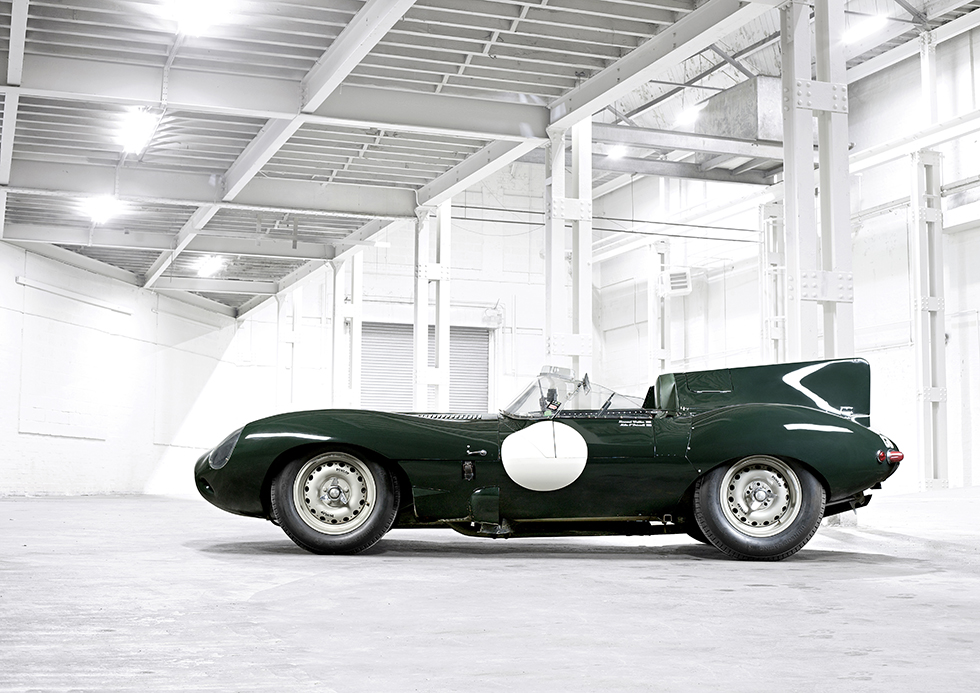 D-type auction prices have ranged from £1.5m to £4m