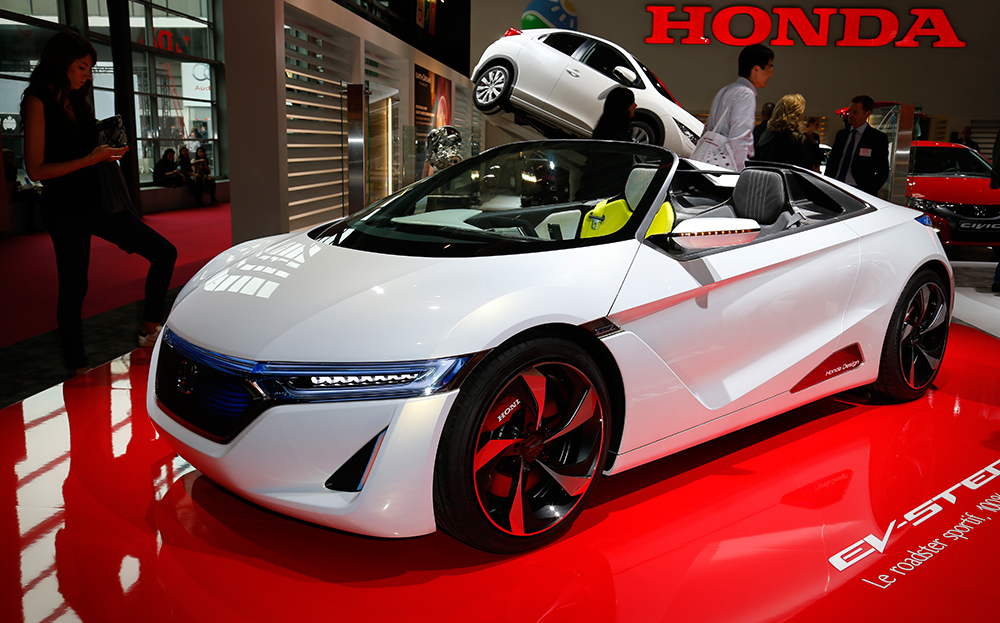 DETAILS OF the Honda S660, a mini sports car that was previewed as the EV-ster concept (pictured above) at the 2011 Tokyo motor show, have been revealed in four leaked scans from a brochure.

The images of the “kei car”  – a type of small vehicle that qualifies for Japan’s lowest tax and insurance levels – appear to show the interior of the production-ready Honda S660, including a manual gearbox, an iPhone cradle and Honda’s trademark digital instrument binnacle.

Although the S660’s exterior isn’t shown in photographs, colour diagrams give a good indication of the styling. The front end features swept back headlights, bumper air intakes and a steeply raked windscreen. A retractable fabric roof flows into a sharp rear end, which looks as if it has borrowed elements from the Honda CR-Z.

Japanese kei car regulations dictate that a vehicle must be shorter than 3,400mm in length, and the information in the documents suggests the Honda S660 will measure just 3,395mm long, 1,475mm wide and 1,180mm tall.

According to the brochure, customers can specify a six-speed manual gearbox or continuously variable transmission similar to that found in the latest Jazz.

It will be powered by a three-cylinder engine that develops 63bhp and 77 lb ft of torque. That’s not huge amounts of poke, but as the car weighs only 830kg, it should feel nippy. It is reported to have a top speed of 87mph, although 0-60mph times, fuel economy figures and prices have yet to be unveiled.