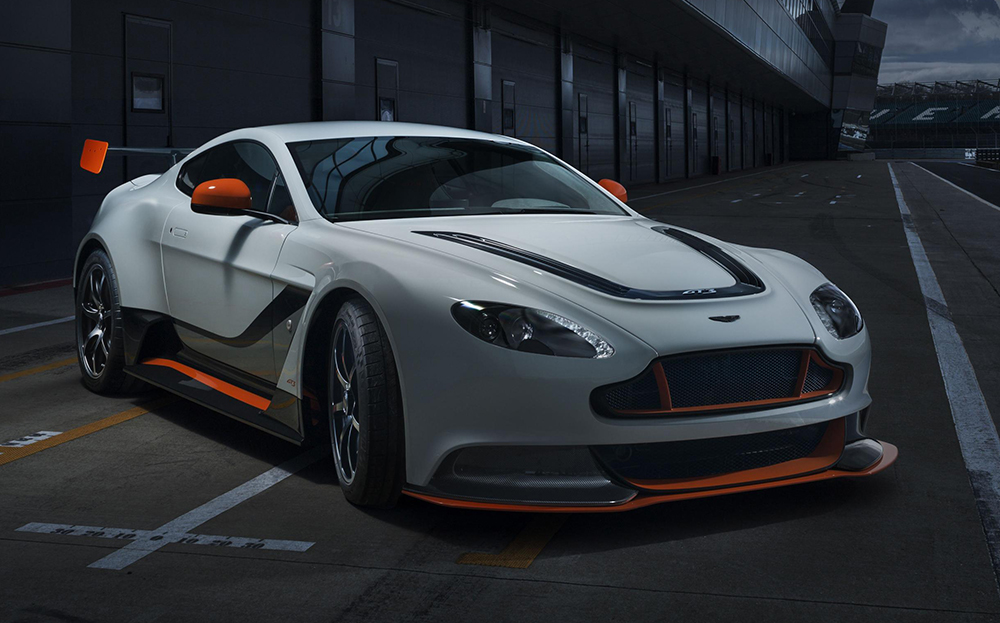 SINCE ITS launch in 1999, the Porsche 911 GT3 has been the racing-car-for-the-road of choice for many driving enthusiasts. But now Aston Martin is looking to steal drivers away from the Stuttgart brand with its own track-bred supercar, the V12 Vantage GT3.

The new Aston develops an eye-watering 592bhp from a modified version of the already potent V12 Vantage S’s 5.9-litre V12 engine, an increase of 27bhp over the unit on which it is based, and a full 125bhp more than the current range-topping Porsche 911 GT3.

Aston has also placed its track-day weapon on a strict diet of carbon fibre, titanium and magnesium, which means it has dropped 150kg over its V12 Vantage S sibling, tipping the scales at 1,565kg. Porsche’s offering is lighter still at 1,505kg, but it doesn’t have an enormous V12 engine to lug about. Instead opting for a six-cylinder 3.8-litre unit that can propel the 911 GT3 from 0-62mph in just 3.5 seconds. 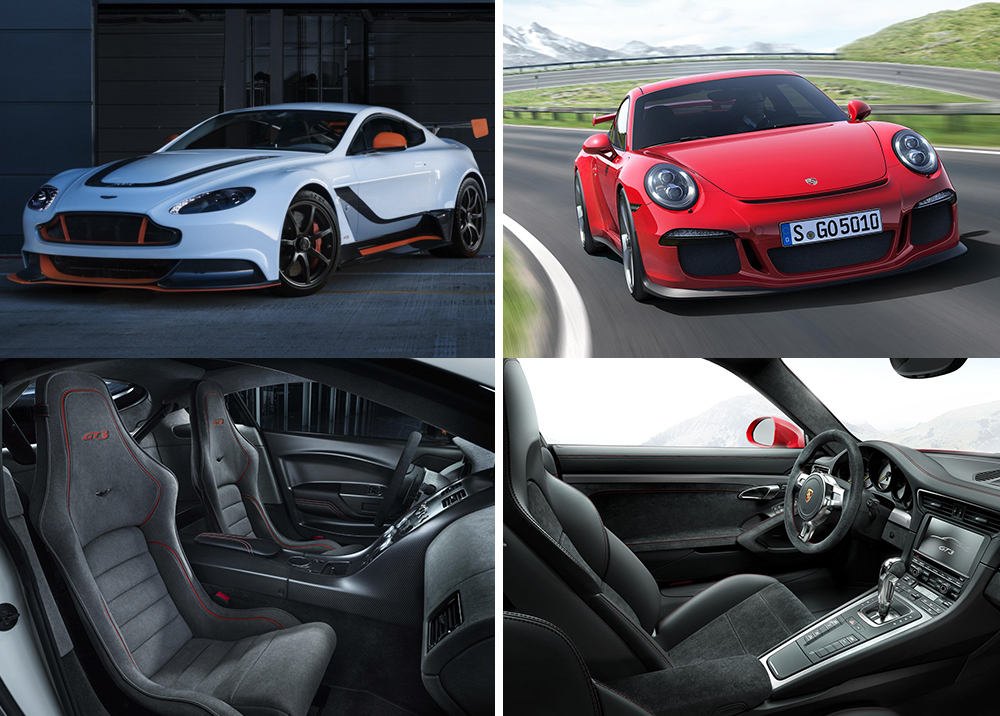 Official performance figures for the aggressive Aston are yet to be revealed but the standard V12 Vantage S can complete the 0-60mph sprint in 3.7 seconds and go on to a top speed of 205mph, so it is fair to say the weight saving measures will improve these numbers. However, the extensive aerodynamic additions, which create increased downforce (and drag), drop the top speed to a mere 185mph.

The hefty premium demanded by the British marque goes towards the extensive use of lightweight materials throughout, including the use of magnesium for the inlet manifolds; a lightweight magnesium torque tube and a full titanium exhaust system. 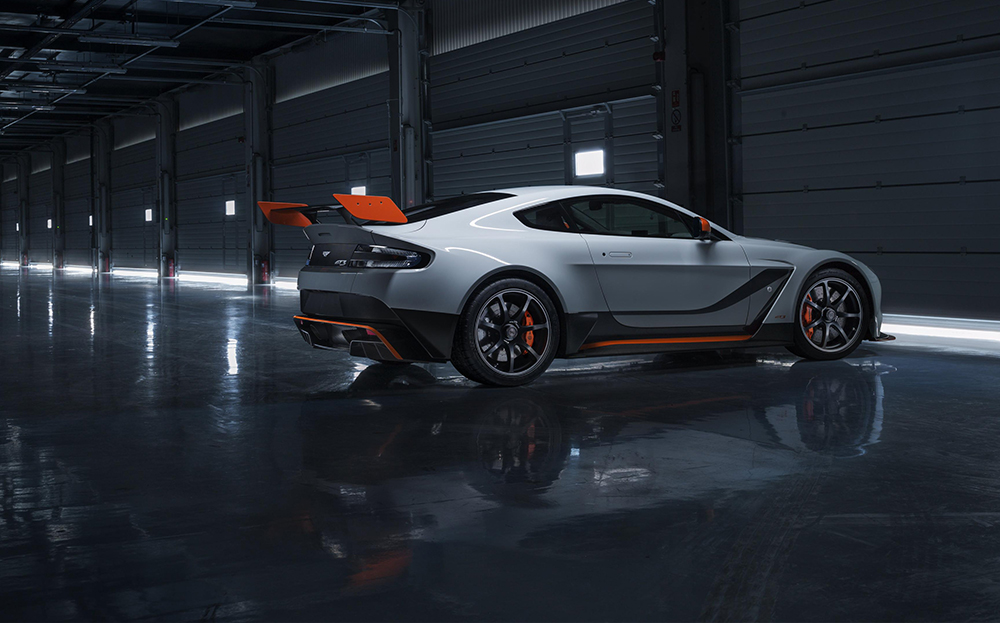 Although the Aston’s standard seven-speed gearbox remains, the company says it has recalibrated the unit for faster shifting.

Interior luxuries, such as an infotainment screen, climate control and audio system, have remained, which busts the pay more, get less rule of track-day specials, although the flat-screen display no longer pops up from the dashboard and Alcantara and bare carbonfibre have replaced opulent leather surfaces. 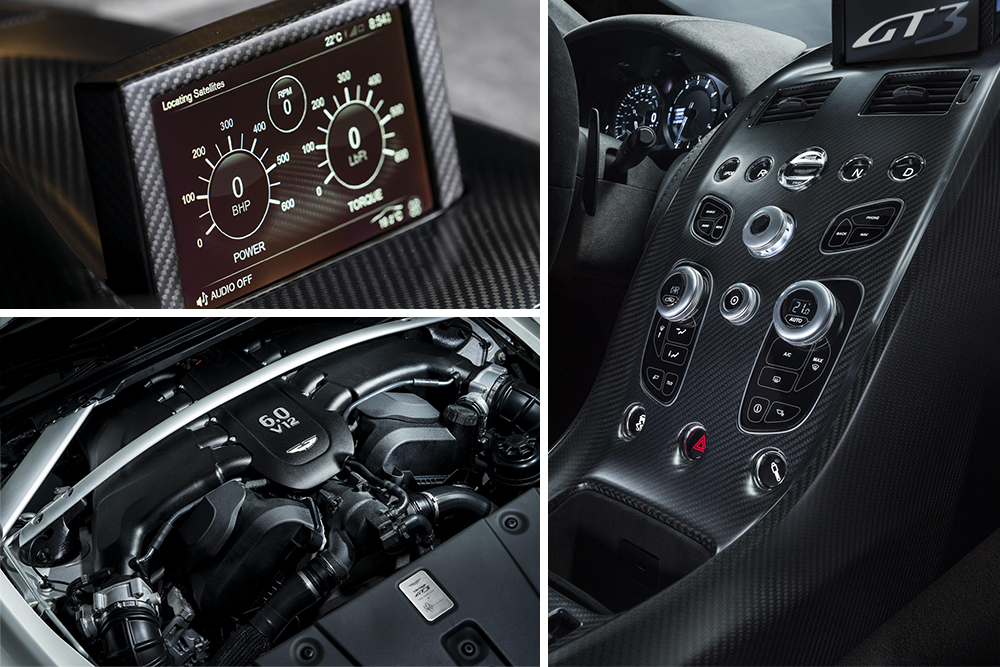 The battle between the two track titans will commence when the Aston Martin goes on display at the Geneva show next month but insiders believe most of the production run has already been snapped up by Aston’s VIP customer base.

Still, if you’re desperate for a true track-day weapon that can easily handle the daily commute, there’s always the Porsche 911 GT3, which may not have the hulking V12 drama of the Vantage GT3 but is as quick off the mark and lighter on its feet; on paper at least.

There is one other option to consider, though: the Bentley Continental GT3-R, which went on sale last summer with a limited production run of 500 examples. It delivers 572bhp and 516lb ft of torque from its modified 4-litre twin-turbo V8. Times are good for those with a prestige track car itch and enough cash to scratch it.