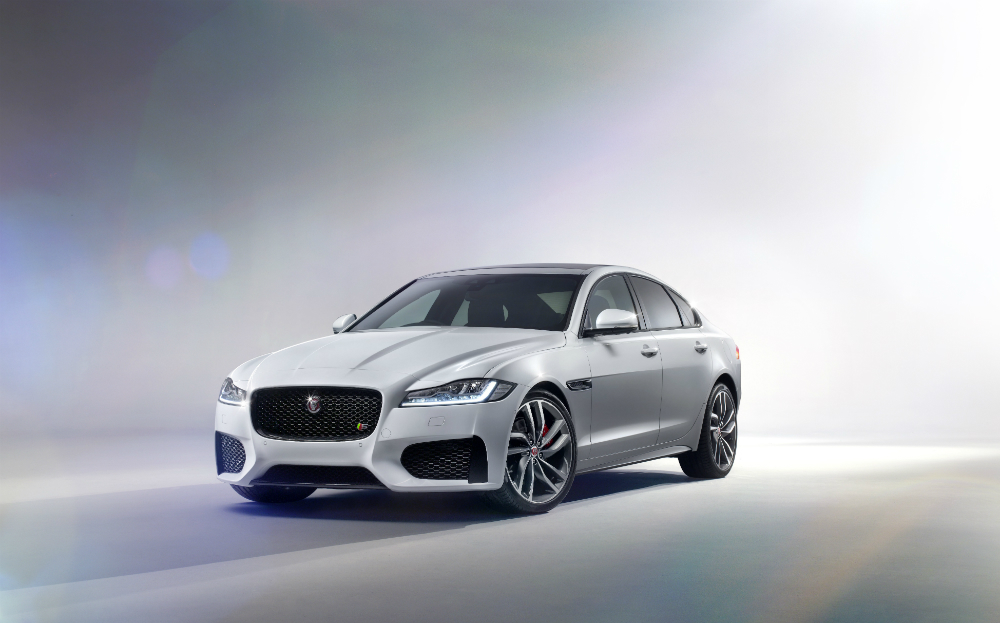 THESE ARE the first pictures and details of the new Jaguar XF, the upmarket saloon car that will go on sale in the autumn priced from around £32,000. It must help Jaguar beat Audi, BMW and Mercedes at their own game and get all cylinders firing for the relatively tiny car maker.

Browse the used Jaguar XFs for sale on driving.co.uk

To achieve this, the new XF body is mostly made of aluminium, lowering the car’s weight, and the fuel economy (over 70mpg) and emissions levels (104g/km) are claimed to be class leading – a significant factor in a part of the car market where business buyers tend to be swayed by their head, and benefit In kind tax implications, rather than their heart.

Driving had a sneak preview of the new XF saloon, behind the scenes at the Geneva motor show earlier this month. The daring design of the XJ, the flagship of the range, or the drop-dead-gorgeous X-factor of the F-type sports car are missing. Jaguar says its new saloon is entirely new but there’s still a feeling that this is a game of spot the difference – one only drivers of the current XF would win.

Ian Callum, the director of design for the British car maker, puts it down to the fact that existing owners love the way the XF looks, and says that the German car brands “dictate the playing field and the hard points we have to design around”.

Nonetheless, the new XF is a good-looking car. It’s constructed around a monocoque said to be 75% aluminium, helping lower the car’s overall weight by as much as 190kg over its predecessor.

When combined with a new generation of engines, called Ingenium, the XF is poised to overtake the competition and become the cleanest car in its class. Neither the Audi A6, BMW 5-series nor Mercedes E-class can match its CO2 exhaust emissions of 104g/km, for now at least. 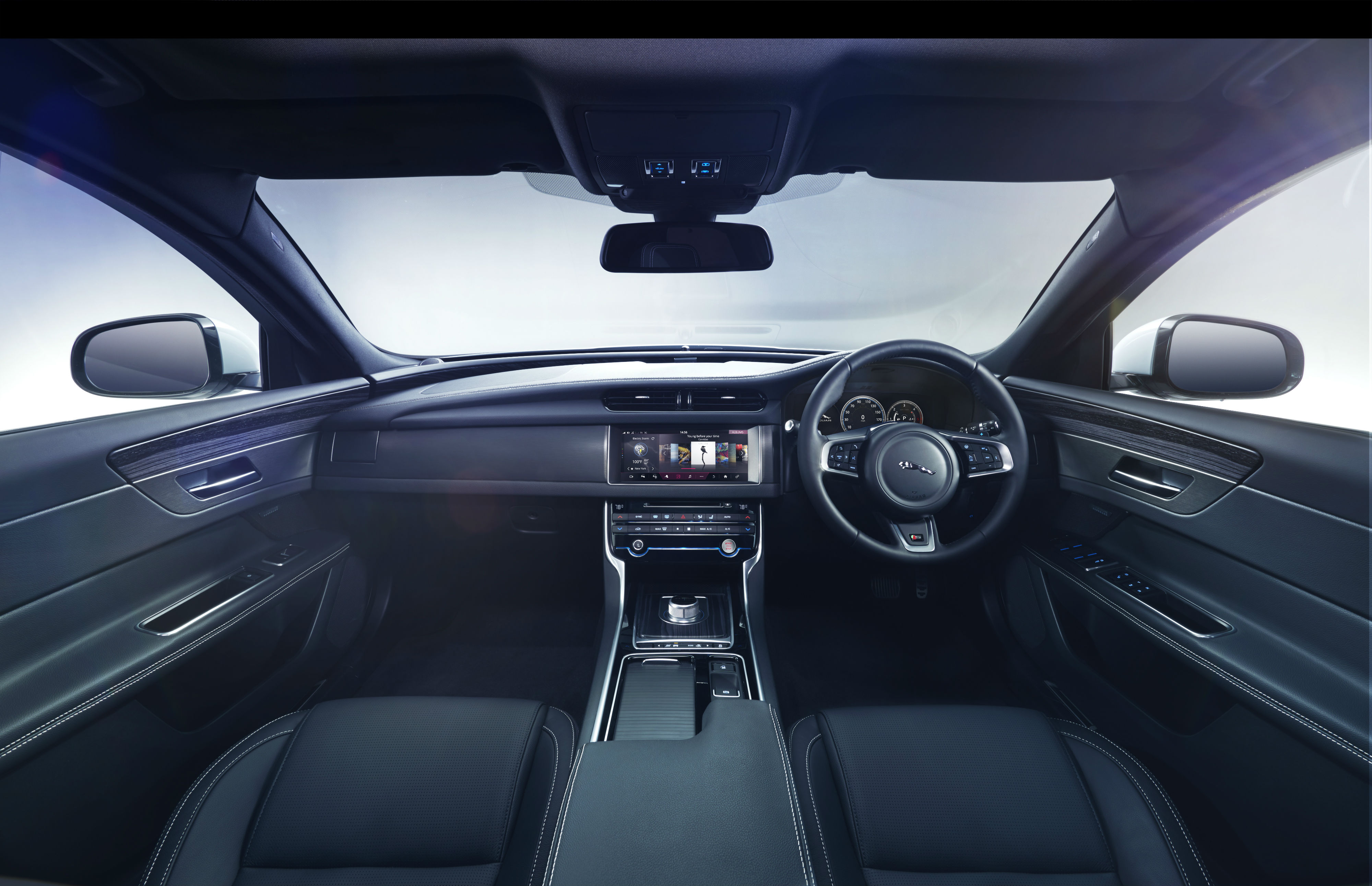 The company is equally proud of the back seats, or more specifically, the amount of space there is in which to stretch out. It’s hardly the stuff of legend but business users – notably posh taxis – are dictating where Jaguar’s engineers must focus their efforts.

Some of the switchgear on the dashboard doesn’t look or feel all that impressive; the more affordable Mercedes C-class, for example, has a notably superior air of style and quality about it.

Buyers will be able to choose from 2-litre, four-cylinder and 3-litre V6 turbo diesel engines, and a 2-litre turbocharged petrol or more powerful 3-litre V6 supercharged petrol unit. As with competitors’ cars, the driver will be able to tailor the settings of the dampers, engine and (where fitted) eight-speed automatic gearbox, and the rear-wheel drive chassis is said to offer near 50:50 weight distribution. 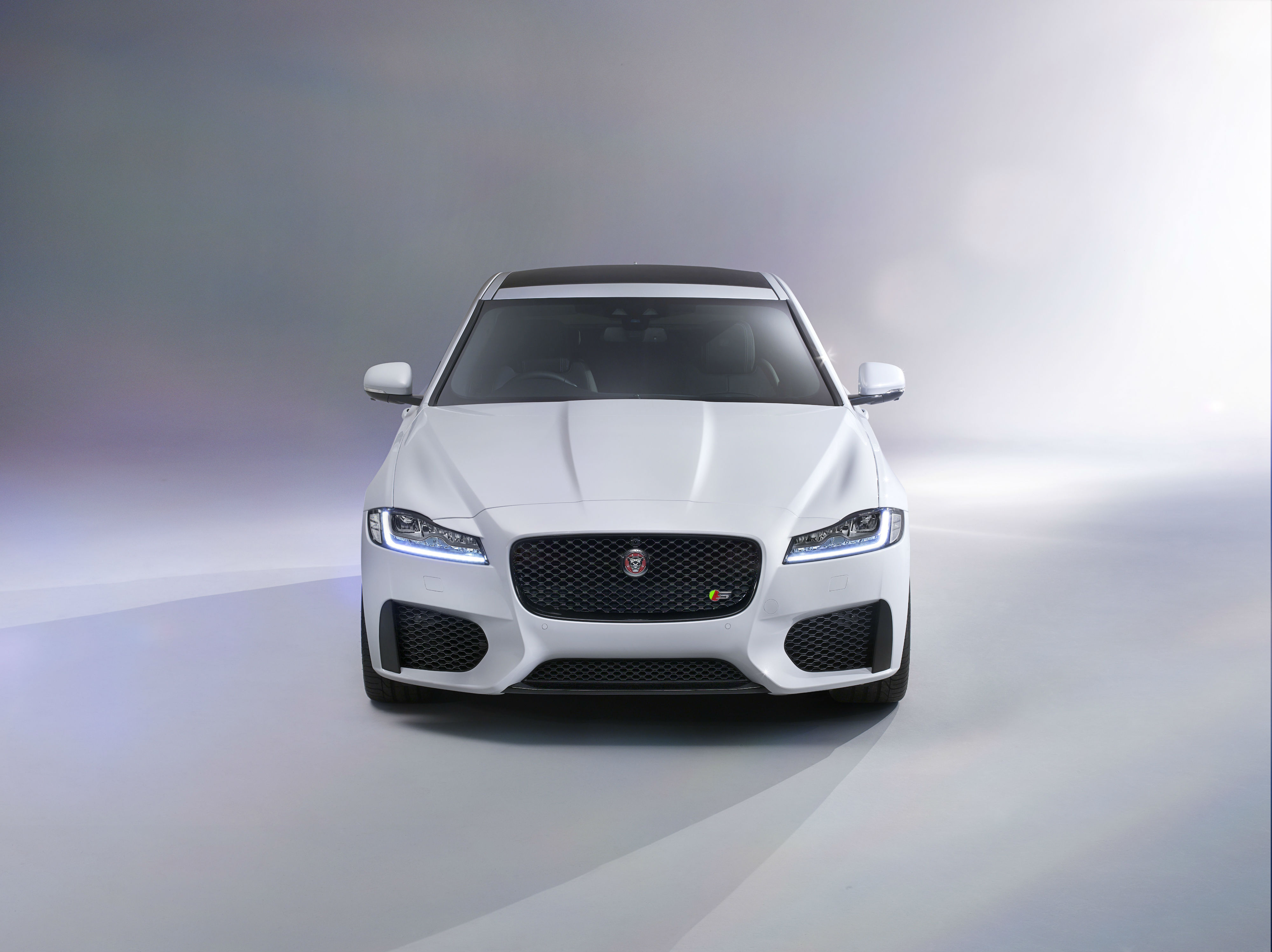 Four-wheel drive is not available, but All-Surface Progress Control is available, a system that manages the throttle and brakes to safely move the car off from a standstill on a slippery surface – all the driver has to do is steer.

The pricing and specifications for the new XF are still to be announced, and the company would not say when an estate, known as the Sportbrake, would follow.