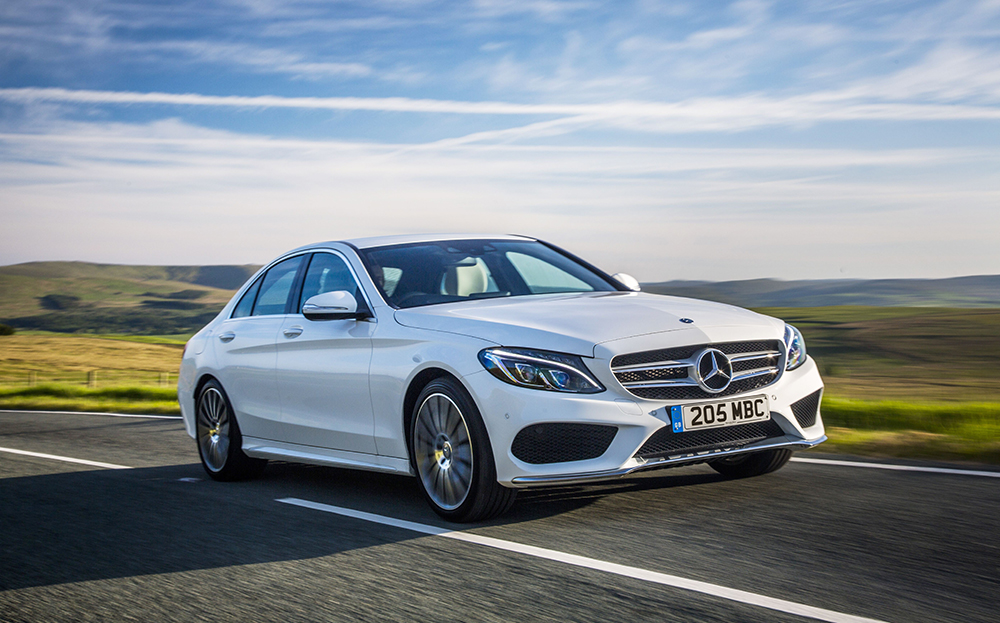 What is the Mercedes C-class?

THIS IS the new, fourth-generation C-class, the best-selling model in the German company’s range. Currently it comes in a choice of saloon or estate body styles –  a coupé and convertible are likely to be introduced next year – and costs between £28,570 and £38,120 for the saloon (pricing for the estate is still to be announced).

Drivers in this area of the market demand spacious, classy cabins, excellent refinement and comfort, first-rate safety and an impressive driving experience. For as long as we can remember, the BMW 3-series has been the benchmark in this part of the market, but the C-class has been edging closer and closer as each respective generation is introduced. Can Mercedes outshine the 3-series? And which should drivers buy?

For now, the saloon range is limited to two diesel engines (the C200 and C220 BlueTec), one hybrid (C300 BlueTec Hybrid) and a C200 petrol. Other engines are being rolled out, including a high-performance Mercedes-AMG C63 saloon, which made its debut at the Paris motor show in October 2014.

There are three trim levels: SE, Sport and AMG Line. The first is aimed at drivers who value comfort above all else, while the last has the most sporty suspension tuning and body styling. The Sport strikes the middle ground.

The SE comes with 16in alloy wheels, a 7in tablet-style display with a touchpad interface and what Mercedes calls Agility Select, a system that allows the driver to alter the response of the engine and weighting of the steering. There’s also cruise control, an active collision prevention safety system and a reversing camera.

Choose the AMG Line trim and the upgrades concern the styling and suspension; in short, it’s an AMG pretender, and features more sporty tuning for the suspension, drilled disc brakes and larger 18in alloy wheels. 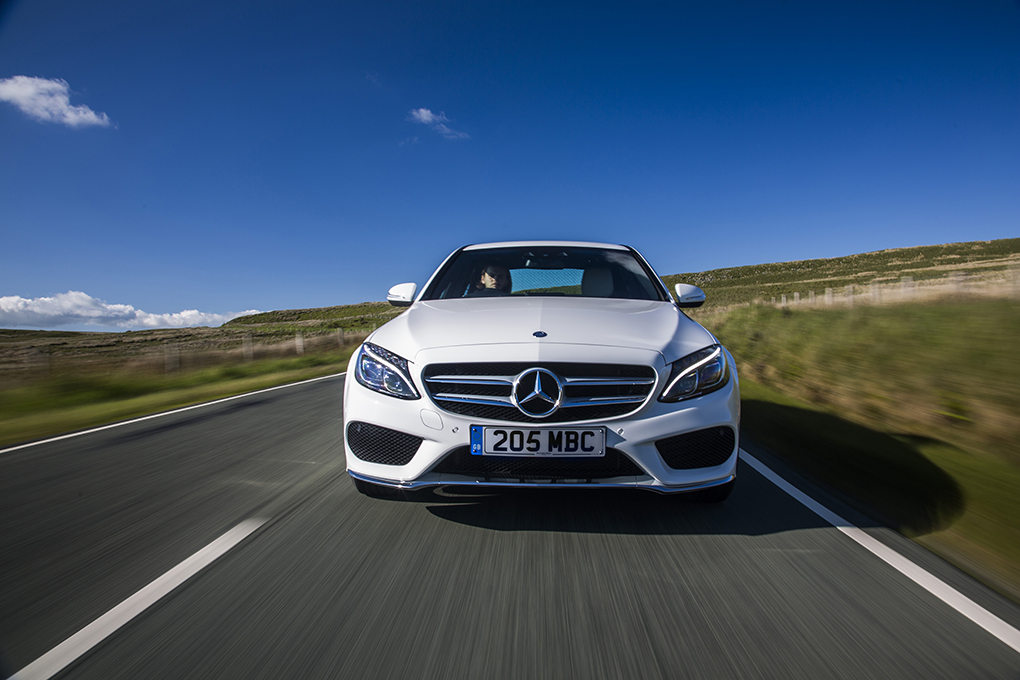 Back in the day, a Mercedes was distinctly different from a BMW, and certainly an Audi. The company’s engineers invested a great deal of time and energy into making a Benz drive with a maturity that was missing from other cars. A BMW was a ruffian, for driving as if you were constantly running late; a Mercedes was a gentleman, and carried itself with a certain style.

Then Mercedes tried to make its cars sporty. In the process, they became less comfortable and lost their appeal for many drivers. With the new C-class, the company has gone back to what it does best – making comfortable, calming cars.

We tested the C250 BlueTec Sport, which comes with suspension that is lowered by 15mm compared with an SE. Despite this, the ride comfort was impressively smooth and the body control felt taut, regardless of whether the car was on a B-road, in town or on a main road.

This soothing sensation is further helped by impressive levels of refinement. The four-cylinder 250 diesel engine is quiet, even when started from cold, and levels of tyre noise are muffled. Only a hint of rustle from the wind around the A-pillar and wing mirrors intrudes on a motorway cruise, making this a more refined car than an Audi A4 or BMW 3-series.

It’s helped by the seven-speed automatic gearbox, which offers smooth gearshifts and has relatively tall gearing, turning over at 1,650rpm at 70mph. No manual transmission is available with the C250 BlueTec.

The 2.1-litre engine remains smooth throughout its rev range and delivers an impressive turn of speed if you put your foot down. Mercedes claims it can power the C-class from 0-62mph in just 6.6 seconds, yet has the potential to return 64.2mpg in daily driving. 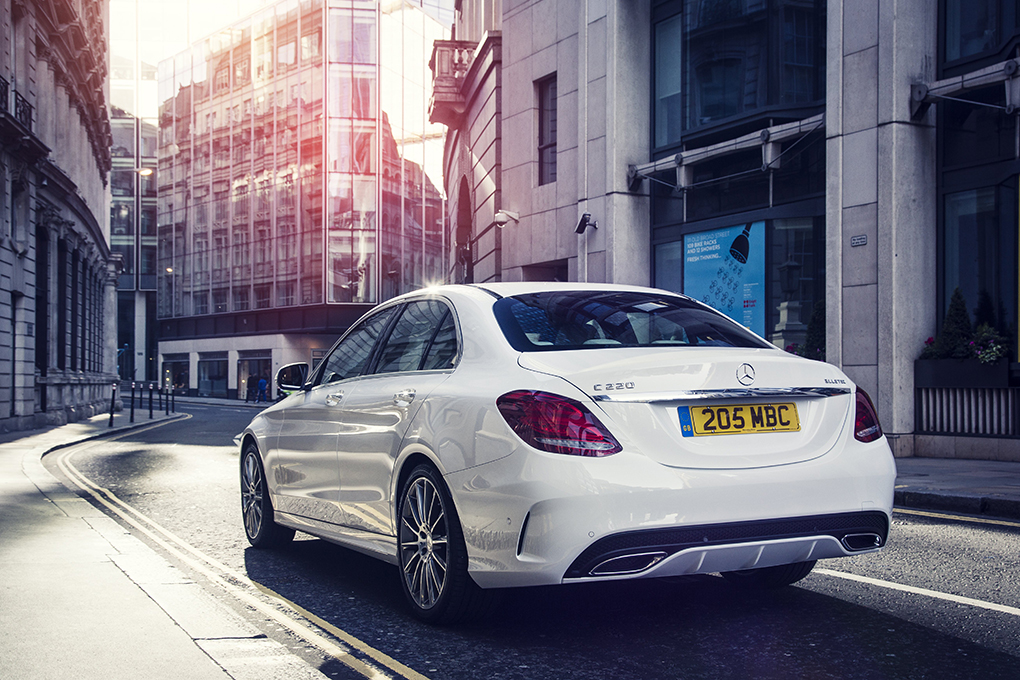 You can choose the less powerful version of this engine, the C220 BlueTec, if you want to pay less tax and return better fuel economy (up to 70.6mpg for the manual, or 65.7mpg for the automatic). Alternatively, there is a C200 petrol model which achieves 53.3mpg.

If the C-class has a failing, it’s the roadholding. This is where it falls short of a BMW 3-series, with less precision when tackling a winding road. The tyres of the 17in wheels have a relatively tall profile (225/50), which helps with comfort but means the car leans noticeably and the tyres flex in bends, which can be slightly unnerving. Equally peculiar is the steering response, which seems to quicken unnaturally as you steer the nose of the car into a bend. 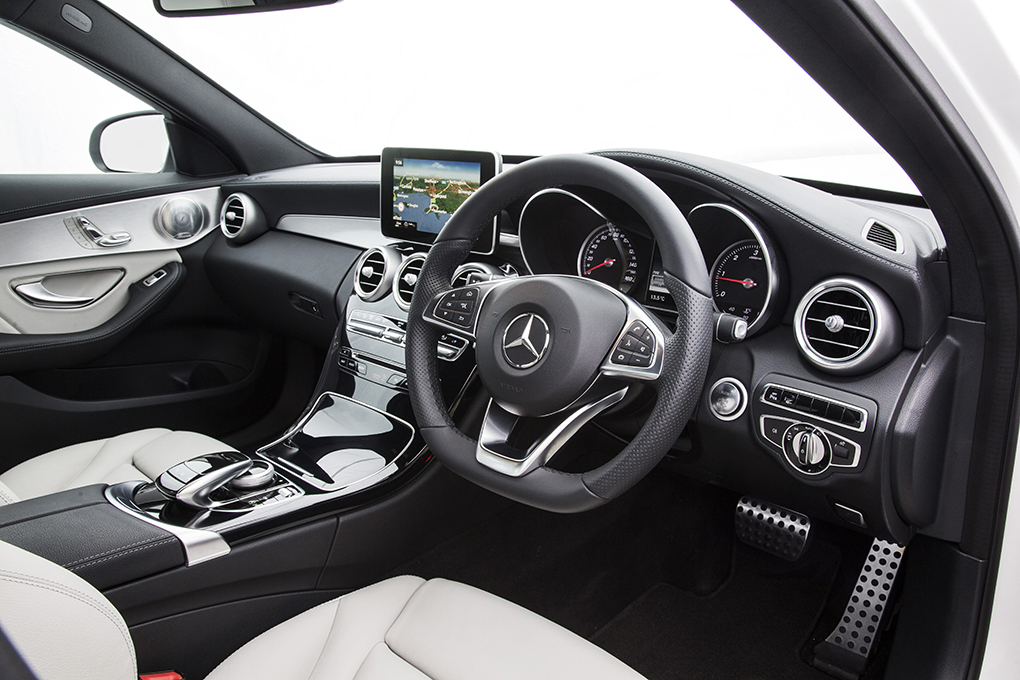 The C-class has the most appealing interior of any car in its class. Mercedes’ designers have pulled out the stops and created a cabin that looks stylish, feels robust and is comfortable even after hours at the wheel.

It’s the details that count, here. Take the speedometer and rev counter dials. Their facings feature graphics that resemble the ripple-effect of a pebble being dropped in a still lake. The buttons for the climate control have a lattice finish that would be at home in a Bentley. (In fact, at the same time we had the C-class in for review, we had a Bentley Continental here, and it was the Mercedes that impressed us more.)

The only irritation is the use of both a touchpad and control wheel for the interface for the media, navigation and vehicle settings. The touchpad is overkill, adding confusion and physically restricting use of the wheel, as it is suspended over it like a diving board. 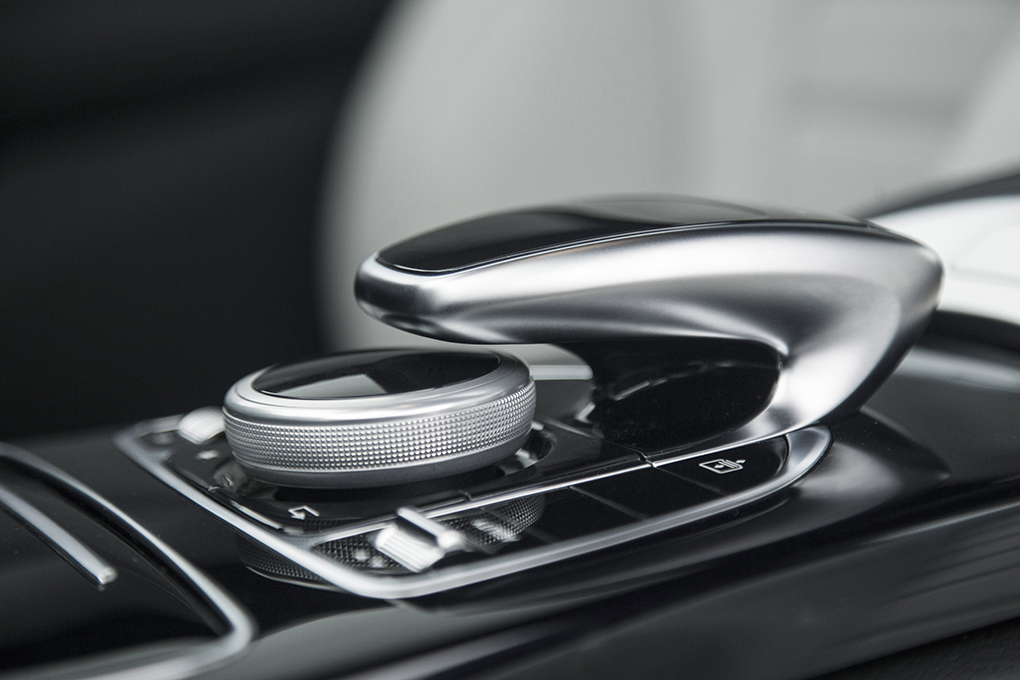 The seats are comfortable and the driving position is spacious and accommodating of all shapes and sizes. In the back, there’s a good level of leg room but anyone over 6ft tall will find their head touches the roof.

The Sport trim adds a split-folding rear seat, which has a handy 40:20:20 divide, so you can still carry two passengers and pack longer items into the boot and pass them through the centre. As for the boot, it holds 480 litres worth of luggage – identical to an A4 or 3-series.