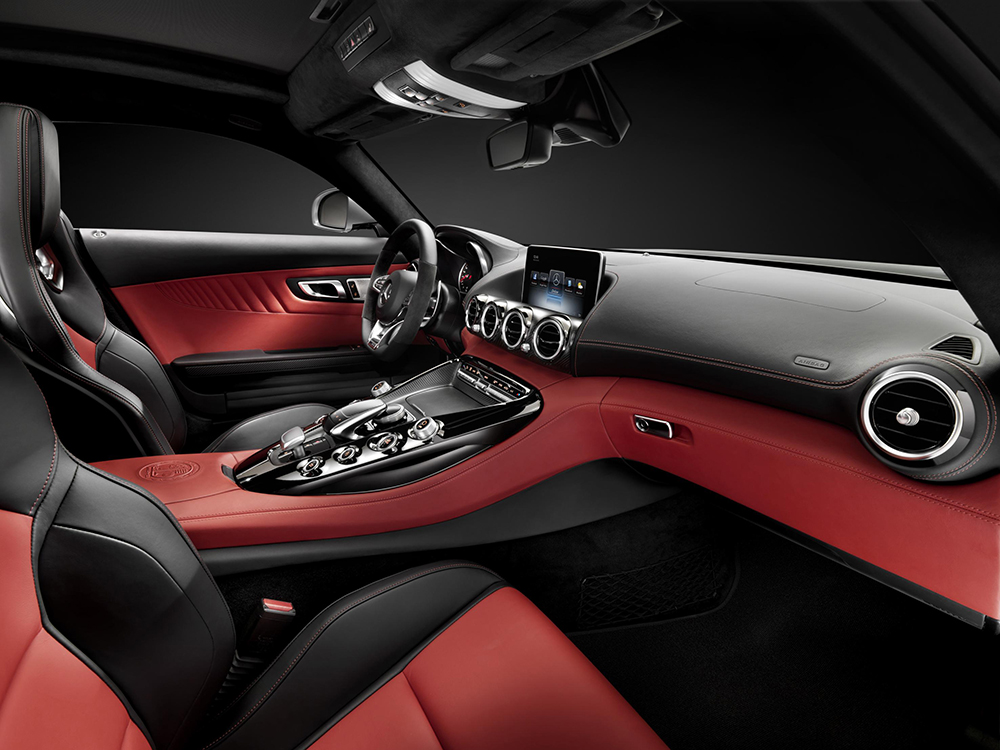 AFTER YEARS playing second fiddle to the great name of Mercedes-Benz, AMG, the car maker’s performance division, has been granted co-title of a new sports car.

Called the Mercedes-AMG GT, the new 4-litre V8-powered supercar arrives later this year to do battle with adversaries including the Porsche 911. The seriousness of the new model’s intent is clear not only in the elevation of AMG but also in the absence from its name of Mercedes’ long-established co-brand, “Benz”.

The change heralds a new chapter in the history of AMG, according to Tobias Moers, CEO of Mercedes-Benz: “The Mercedes-AMG GT shows that we will be positioning AMG more vehemently and aggressively than to date as a dynamic sports car brand.”

Search for and buy a used Mercedes-Benz SLS on driving.co.uk

The GT follows the SLS AMG as Mercedes’ premium sports car. However, while visitors to New York were hoping to see the new model in the metal, Mercedes teased showgoers instead with a preview of its interior.

Trimmed in leather and oozing luxury and style, it is a radical departure from the brand’s more focused and functional look of old. Mercedes described it as “modern luxury”. 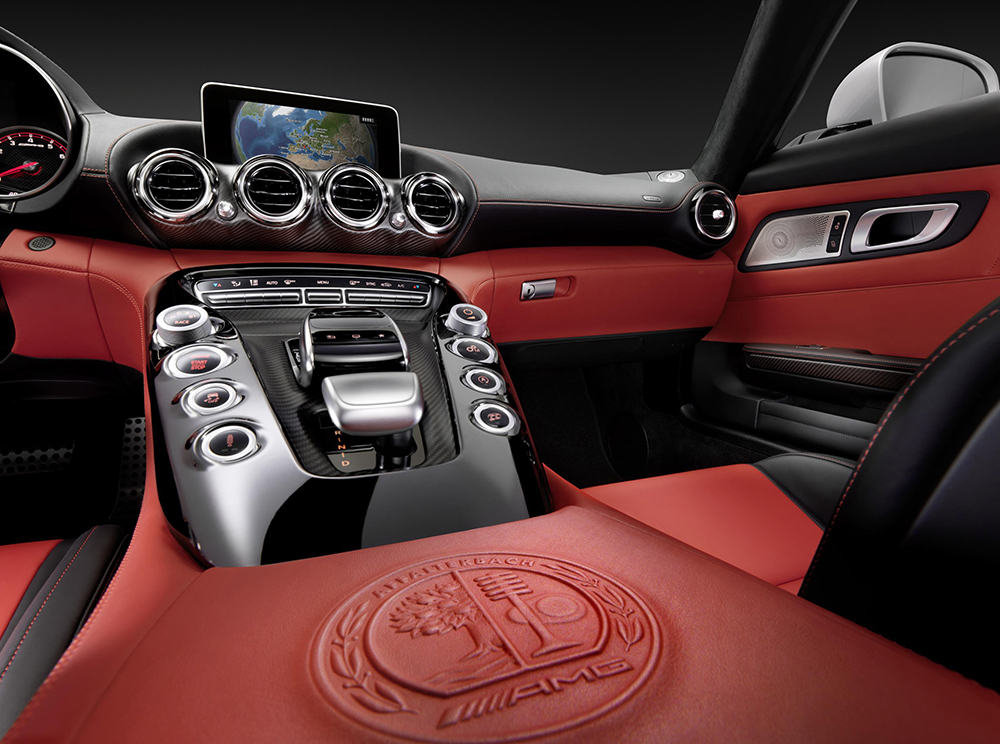 A dominant theme in the two-seat cabin is the aviation look typical of Mercedes sports cars. According to Mercedes, the fascia gives the impression of a wing with, above it, four central turbine-style air vents. The idea is carried over to the styling of the centre console which, says the car maker, resembles a NACA (National Advisory Committee for Aeronautics) air intake.

We’ll only know at the end of the year whether the Mercedes-AMG GT takes off, or remains resolutely on terra firma.