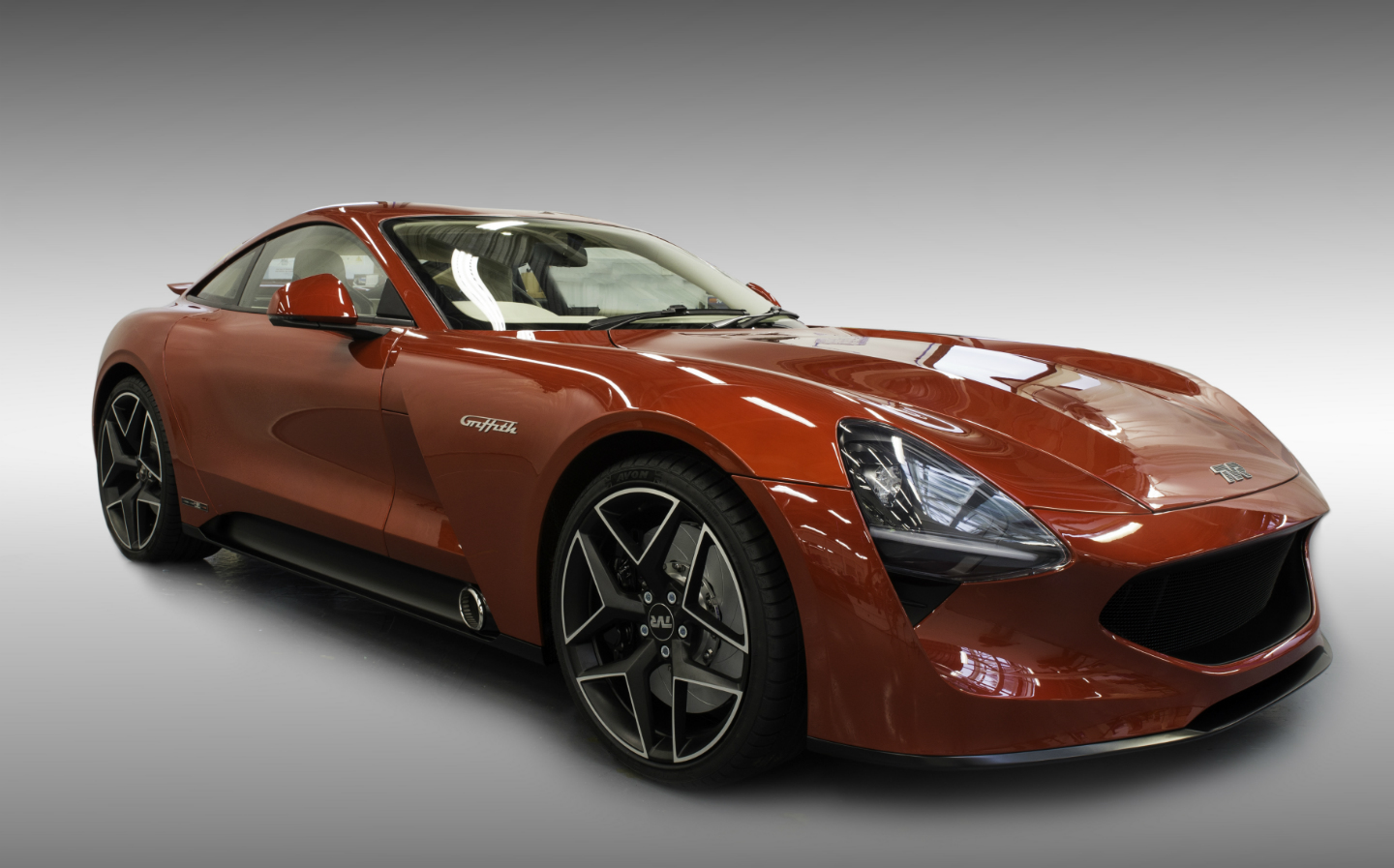 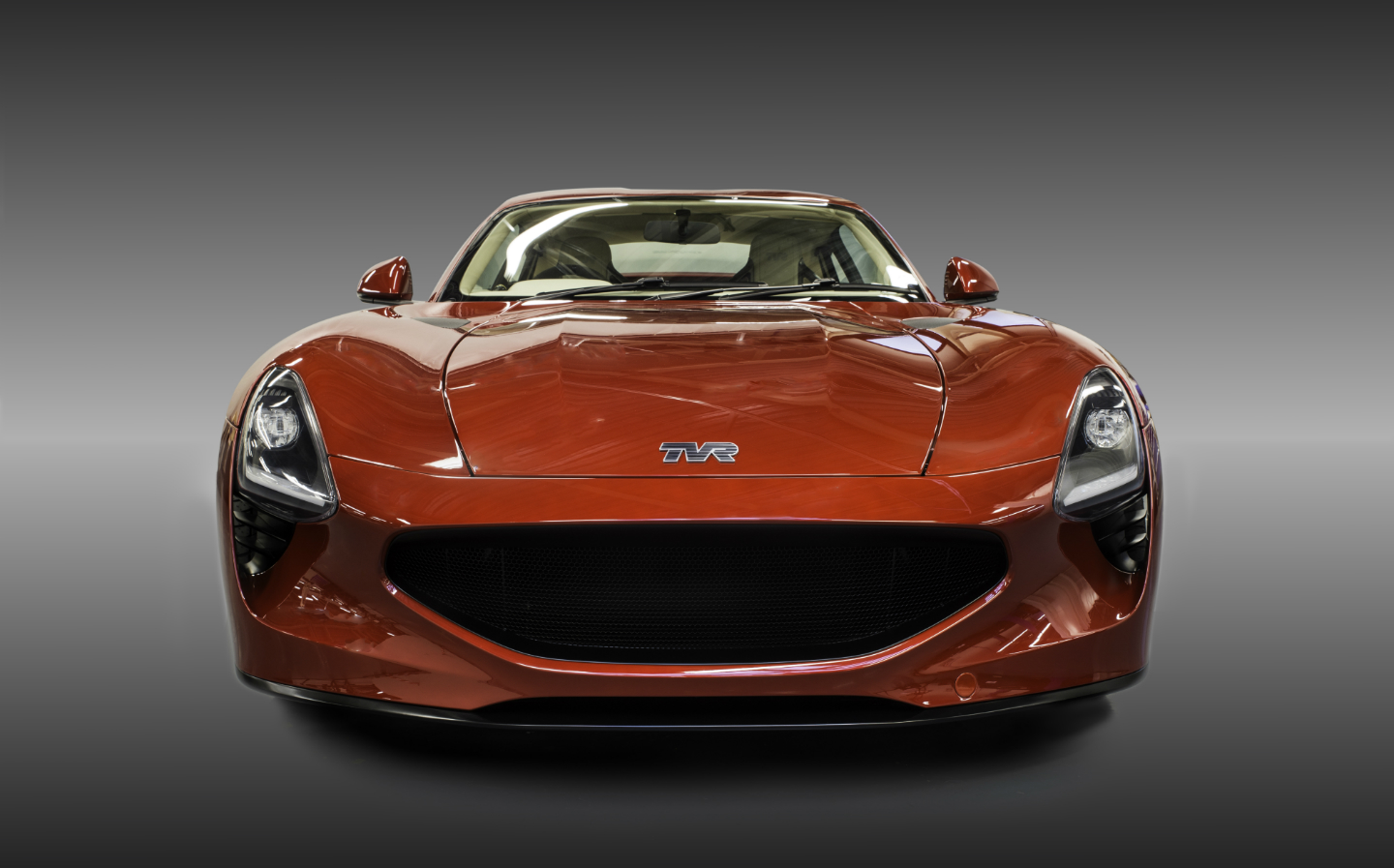 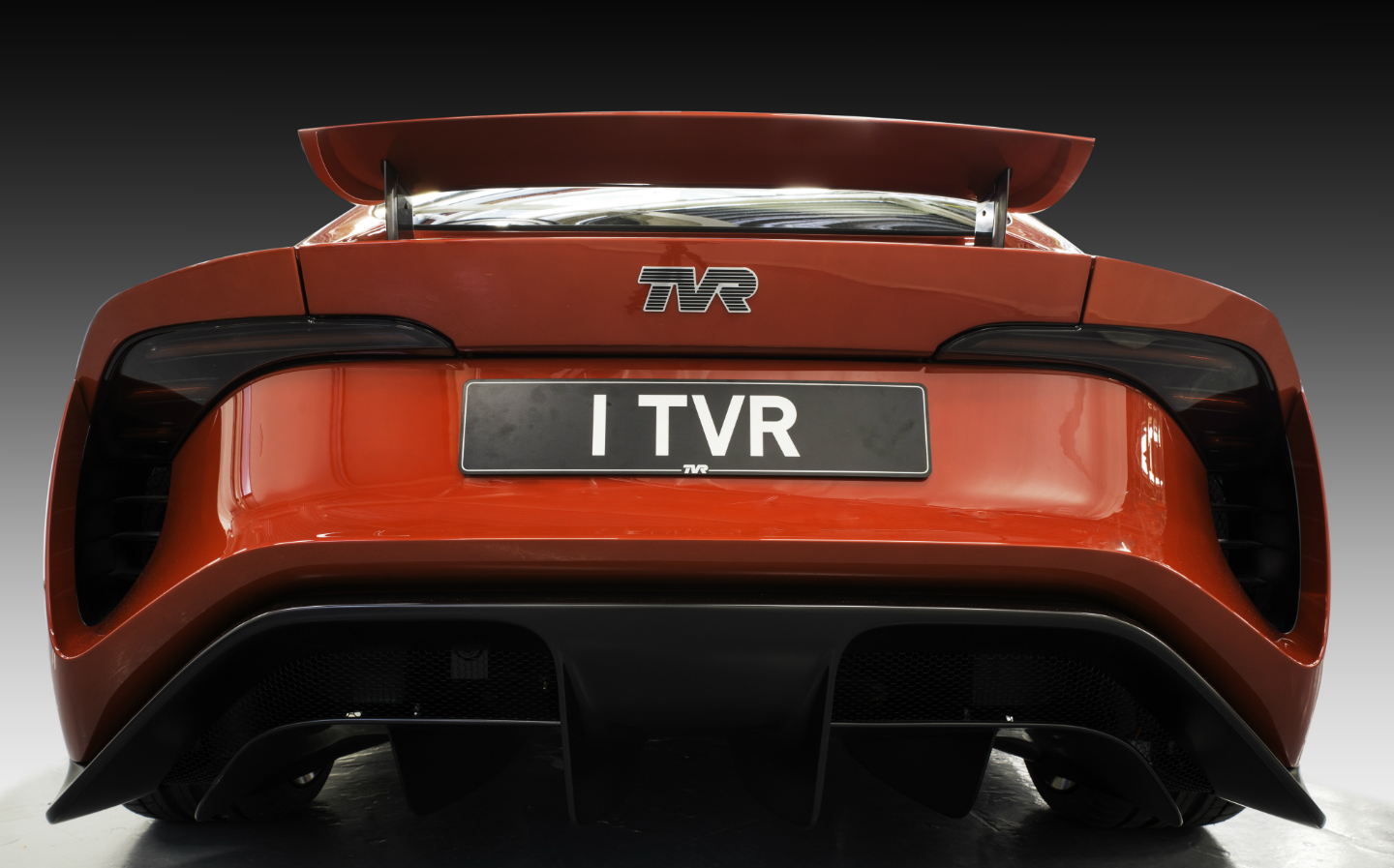 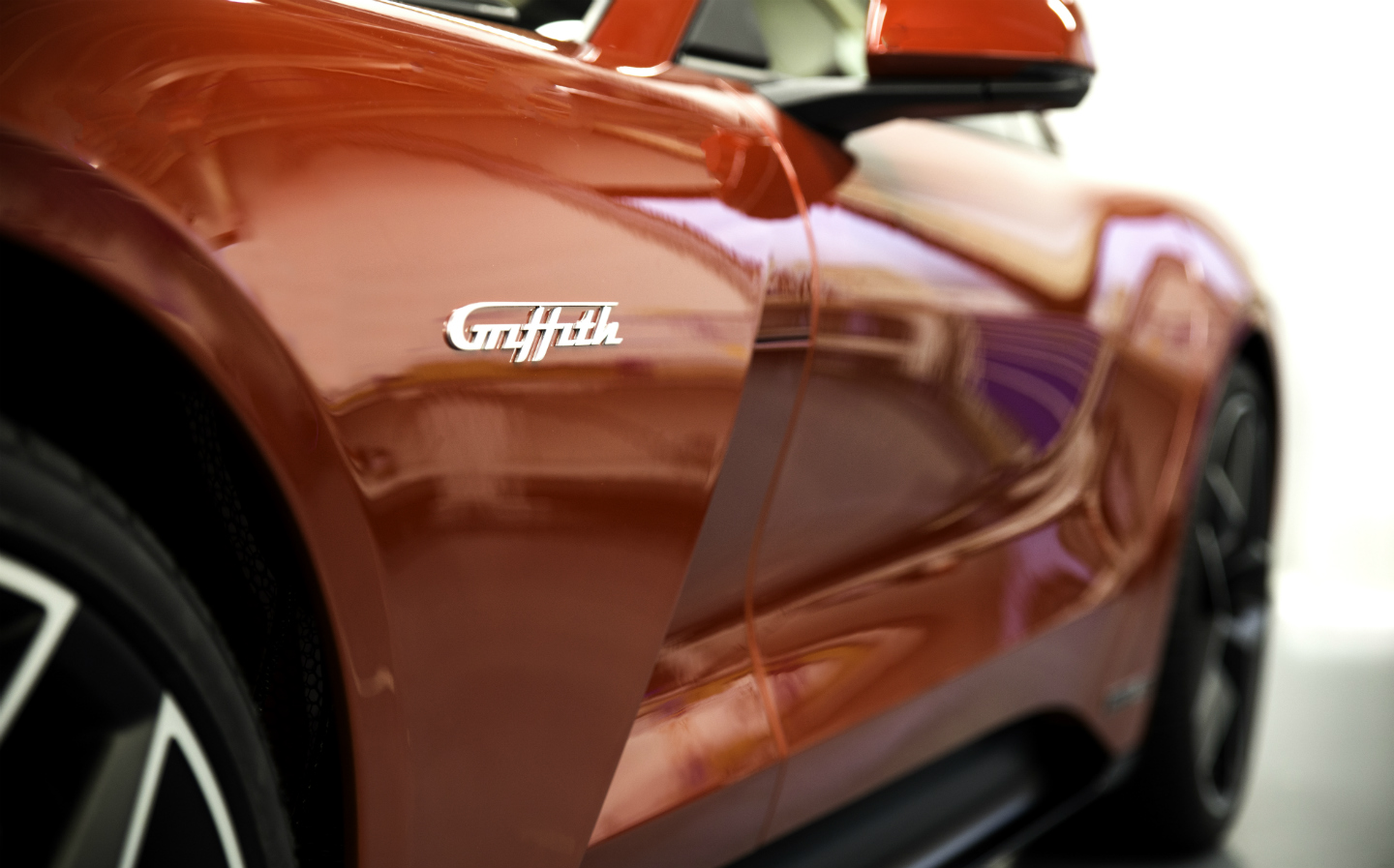 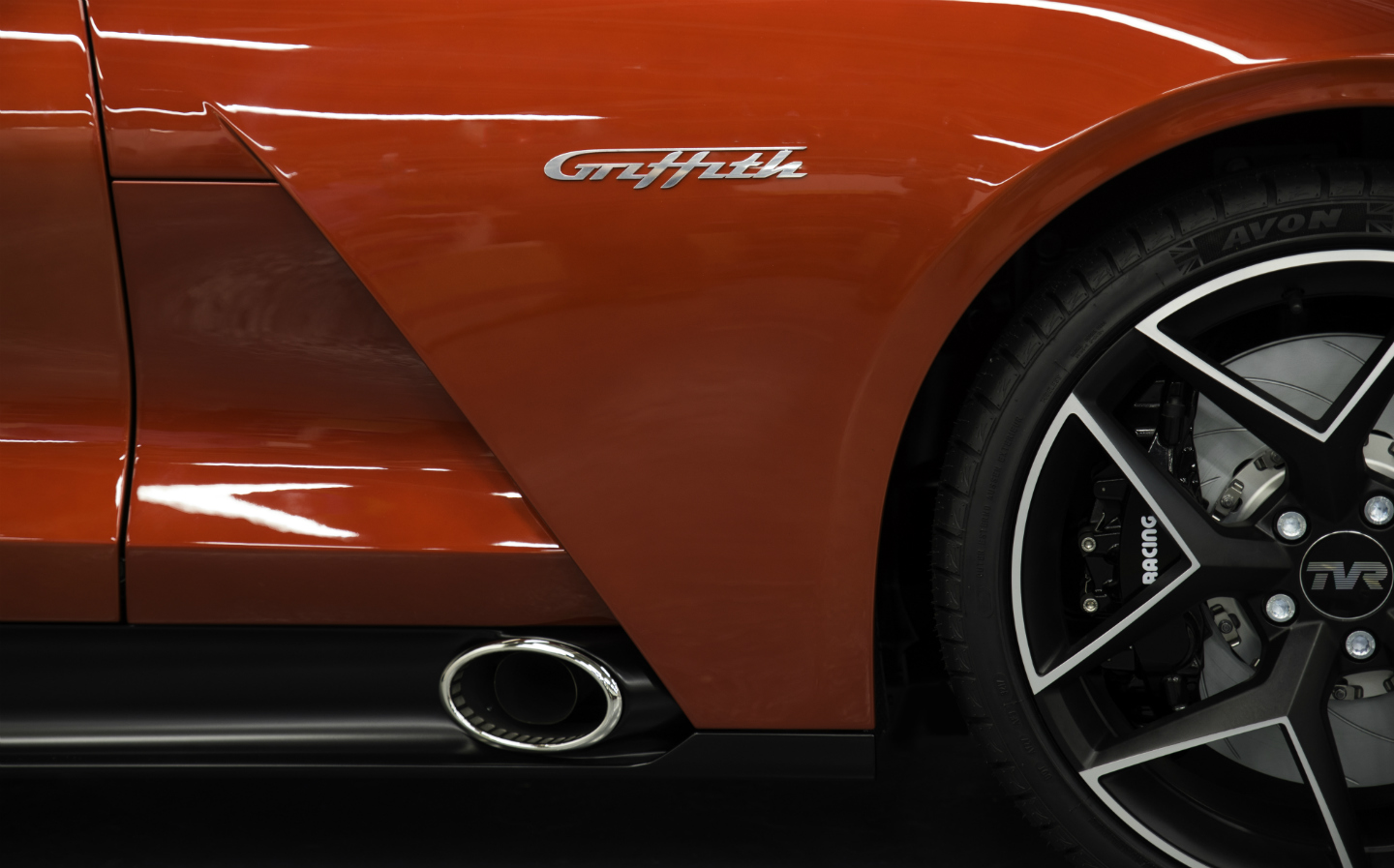 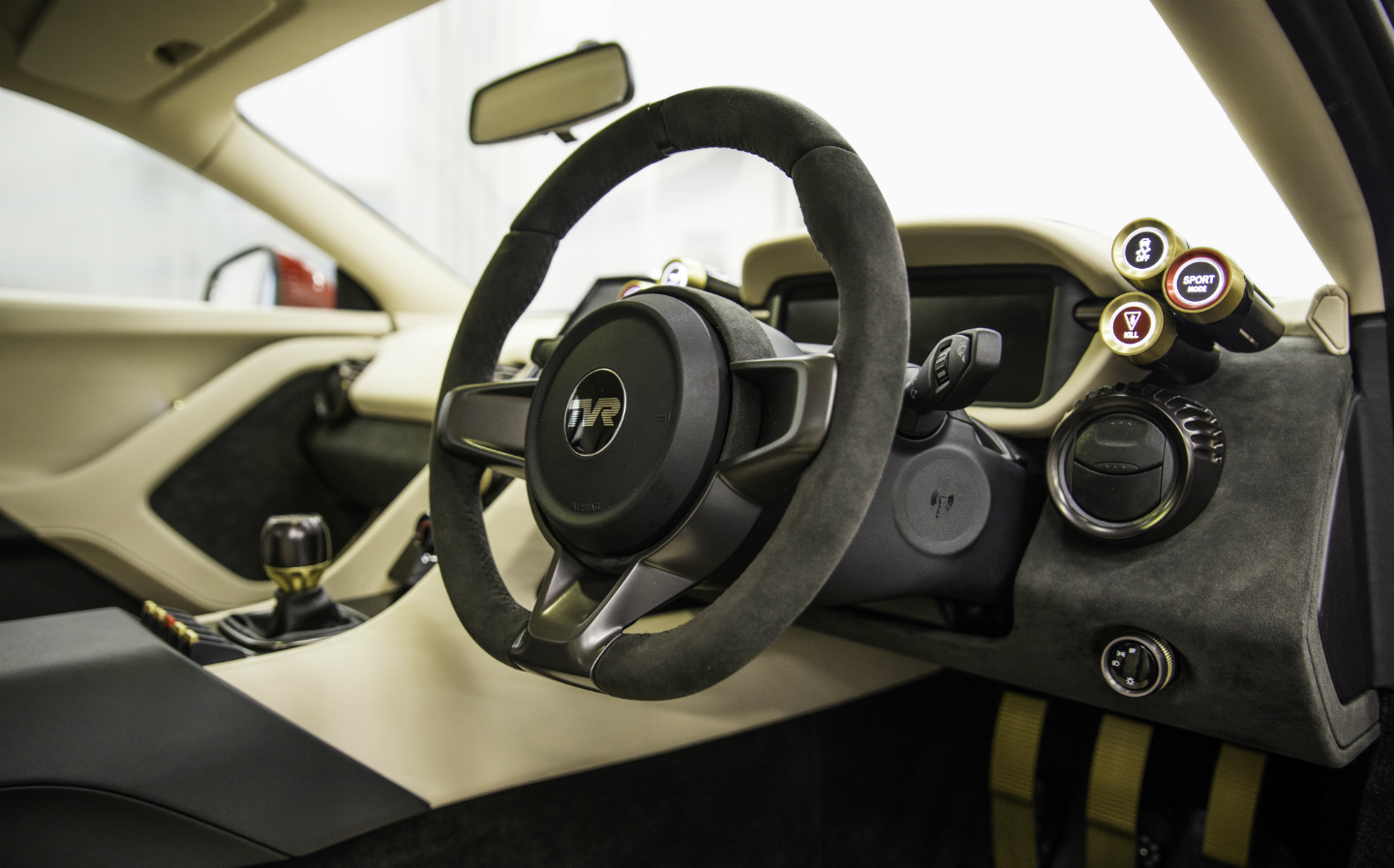 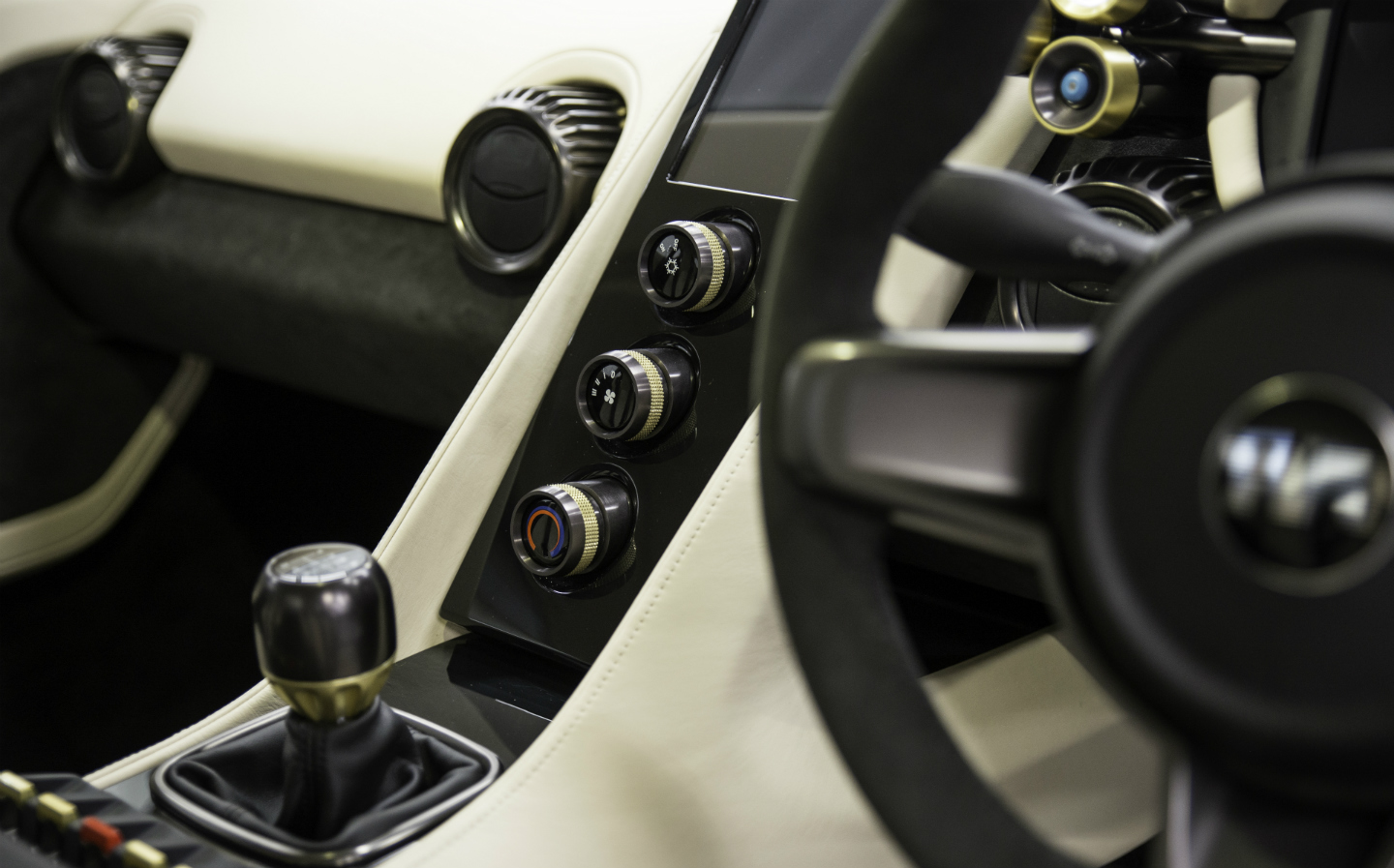 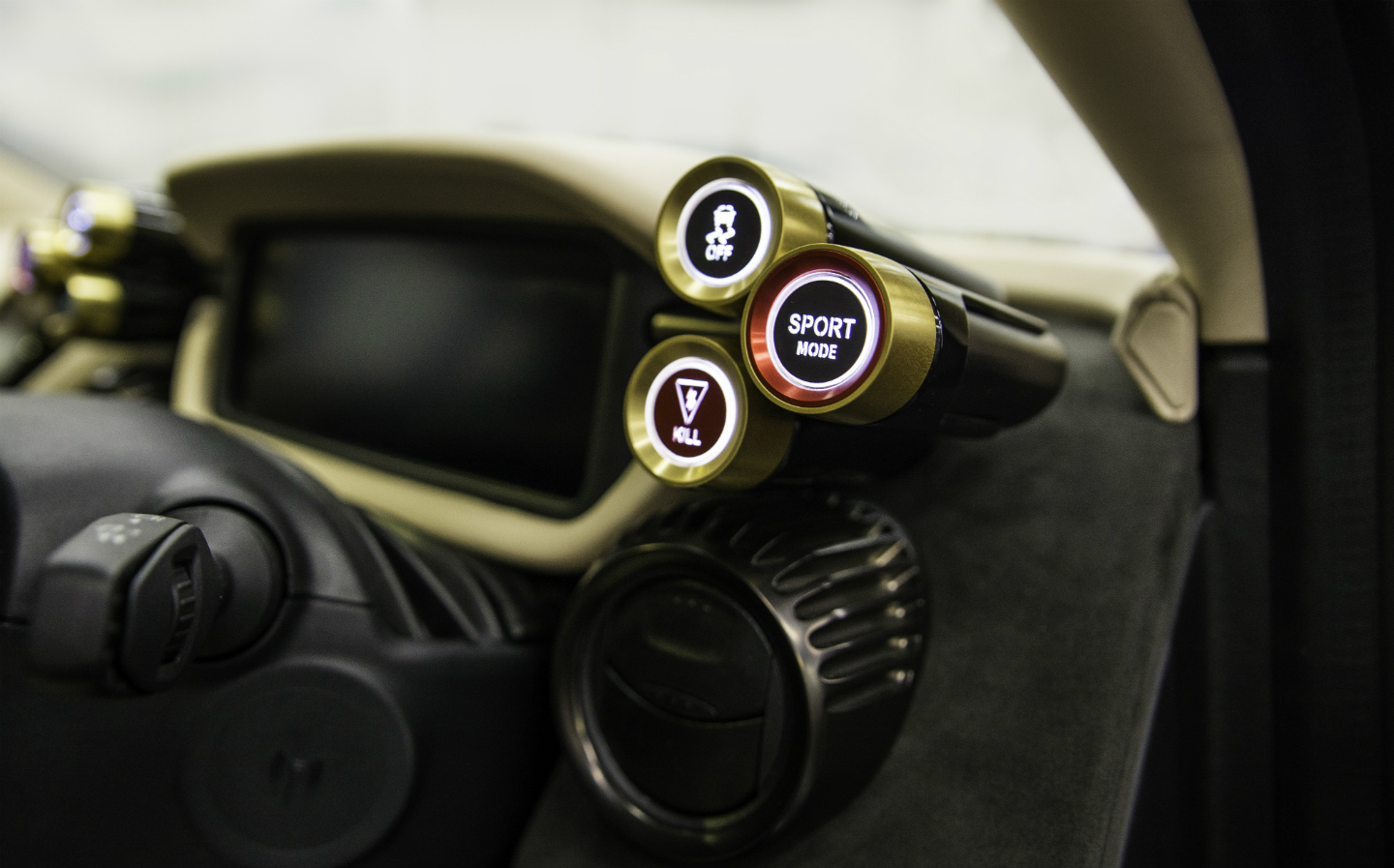 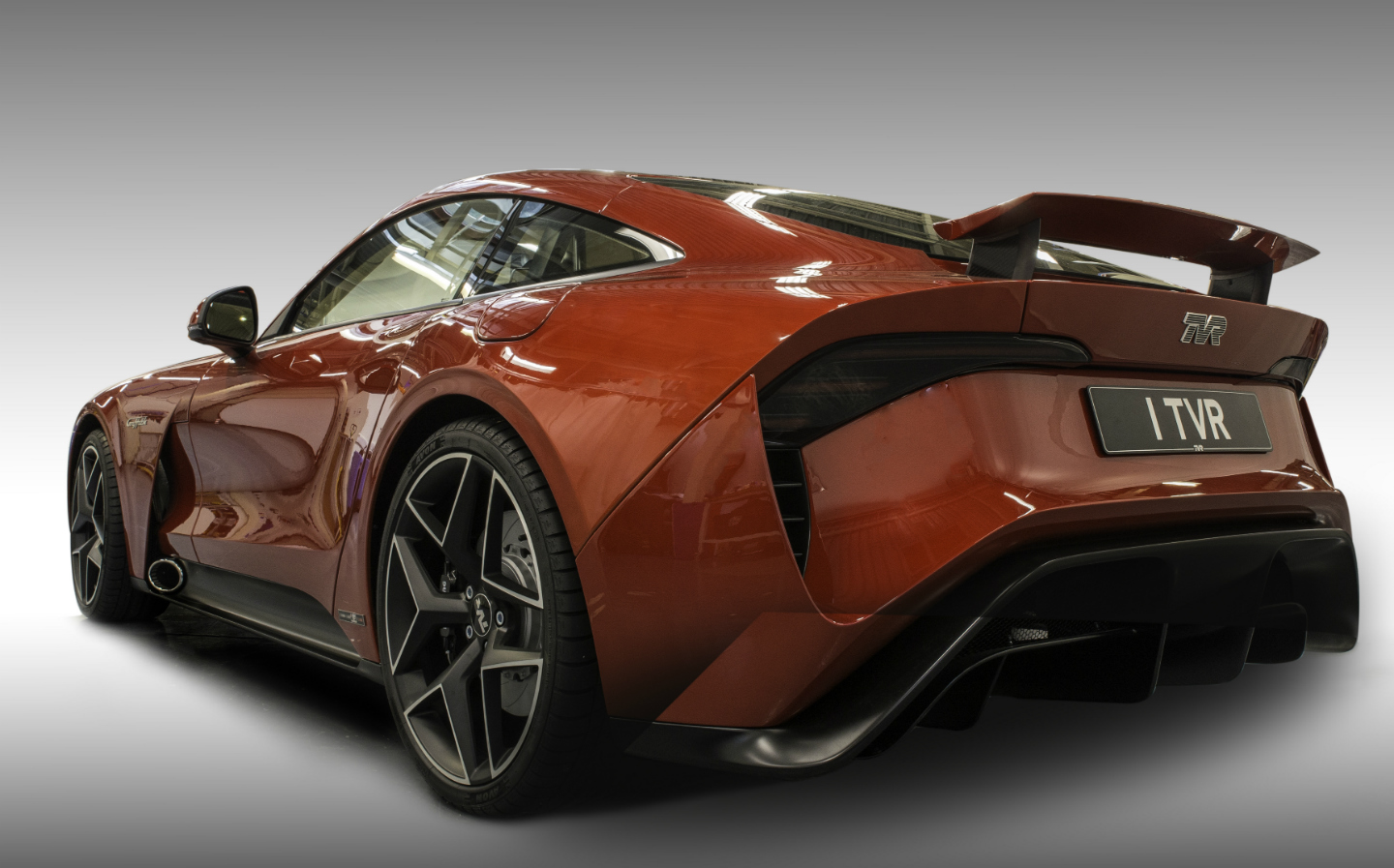 TVR was the wild child of the sports car scene that blew one head gasket too many and eventually conked out on the hard shoulder in 2006. Now the British company is back, firing on all cylinders with a new version of the Griffith – the first of a range of four cars that might be just the tonic for drivers who believe most modern sports cars are missing a vital ingredient: soul.

Aptly, the new TVR Griffith was revealed this morning at the Goodwood Revival, the motor sport event where the distinctive whiff of petrol and oil wafts around and the sound of angry engines fills the air. Drivers with string-backed leather gloves strained to get a better view of the Griffith. And rumours of it being a hybrid were quickly laid to rest: TVR was back to doing what it did best, namely building sports cars with brawn and – this time – some brain.

The basic ingredients for the new Griffith, which will cost £90,000 in the initial Launch Edition specification, are tried and tested. It features head-turning bodywork, there’s a 5-litre V8 petrol engine, a six-speed manual gearbox and drive goes to the rear wheels.

However, study the sports car’s specification more closely and it’s clear that the people behind the reborn car maker are taking a more pragmatic approach than in the past.

During its heyday, in the 1990s, the company tried to design and manufacture everything itself. It earned TVR a reputation for making unreliable cars that were as fragile as they were fast. This time, it has brought in Gordon Murray – the creator of the McLaren F1 – to design the car. And taking responsibility for the engine is Cosworth, a British engineering company.

The Griffith is a two-seat coupé, and is built around a steel and aluminium frame with bonded carbon composite sections; Murray’s handiwork. From this, there is double double wishbone suspension at the front and rear of the car, and electric power steering.

In the 90s, TVR earned a reputation for making cars that were as fragile as they were fast

Under the bonnet is a non-turbocharged 5-litre V8 engine with an aluminium block. It’s sourced from Ford, because, says Les Edgar, the company “needed an engine with built-in reliability and long life.” Legendary tuner Cosworth has modified the motor to include features such as a lighter flywheel and dry sump, which lets the engine be mounted lower and prevents oil starvation when taking corners at high speeds.

It is believed to produce around 480bhp – although at this stage the company only reveals the car has a power-to-weight ratio of 400bhp per tonne.

And it’s claimed to be capable of sprinting from 0-60mph in under four-seconds, with the top speed said to be more than 200mph.

Edgar told Driving that he wanted to give drivers a thrilling ride: “We want drivers to feel alive and in contact with the car and the road, and we think enough of them feel the same way.” Although he says this will be a machine for purists, electronic driver aids such as anti-lock brakes (ABS) and traction control are standard.

The 1,250kg two-seater is pinned to the road by bodywork and a flat floor that keep it stable. It also has 50:50 weight distribution and comes shod with rubber from British company Avon Tyres.

“This is unmistakably a TVR, a British muscle car that’s as awesome and brutal as it is charismatic and refined,” said Edgar. “Importantly, the new TVR offers levels of technical sophistication, comfort, reliability and practicality never seen by the brand before.”

Where will new TVRs be built and when will production start?

There are still unanswered questions over the revival of the wild child sports car maker.

Drivers willing to put their faith in the company and place an order for one of the Griffith Launch Edition models — which, contrary to reports, is not sold out — will have to be relaxed about practical issues such as the car’s fuel economy, CO2 emissions and how safe it will be in the event of an accident.

At the same time, drivers must be patient. Production will not begin until the end of next year, says the company. That’s a year behind the timeframe promised previously.

And then there’s the unresolved matter of where new TVRs will be built. The company had hoped to locate itself within a stone’s throw of the proposed Circuit of Wales race track, in Ebbw Vale at the foot of the Brecon Breacons. It wanted to use the track to let potential customers take test drives and enjoy driving experience events. But after the Welsh government decided against providing £210m of financial support, the ambitious track project never saw the start lights turn from red to green.

TVR is reported to be in negotiations to acquire an empty 18,000 sq ft manufacturing site, on the nearby Rassau Industrial Estate. A spokesman for the company told Driving: “The ‘tooling up’ of the facility is a relatively quick and straightforward process, so the plans are on track from a timeframe perspective [for 2018].”

Les Edgar told Driving that new TVRs would come with a three-year warranty, and that crash-testing was still to be carried out in order for the company to satisfy European homolgation regulations.