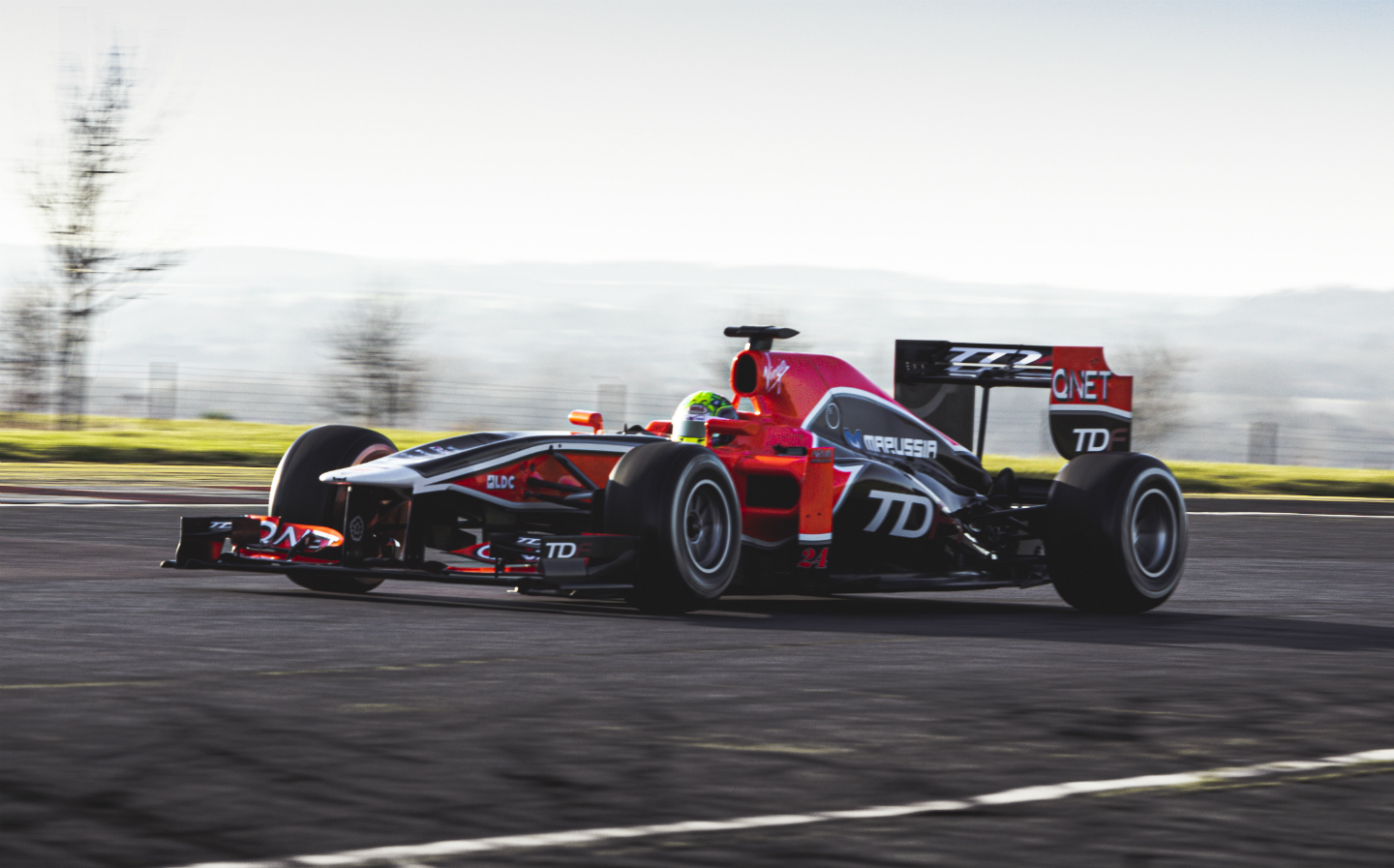 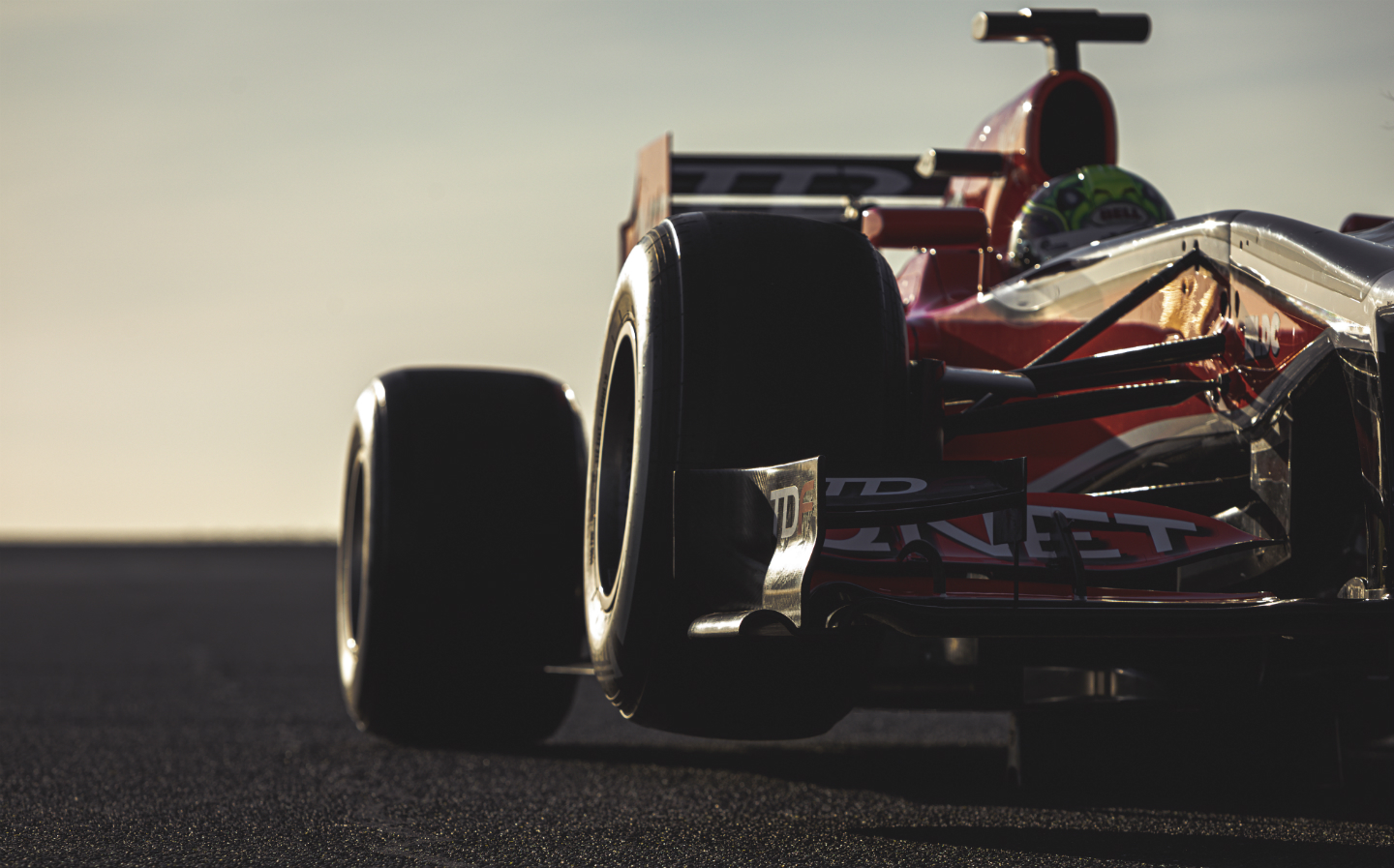 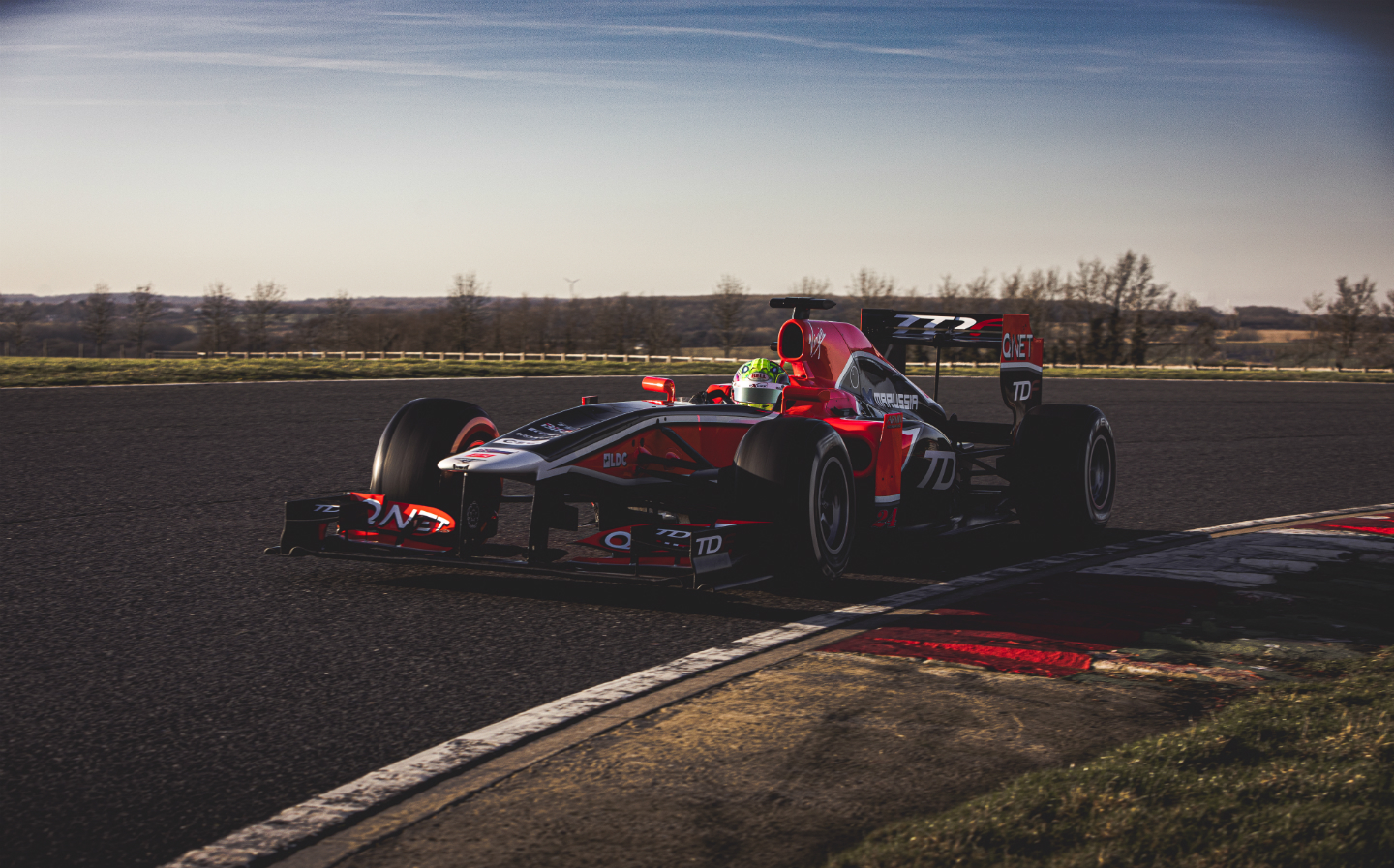 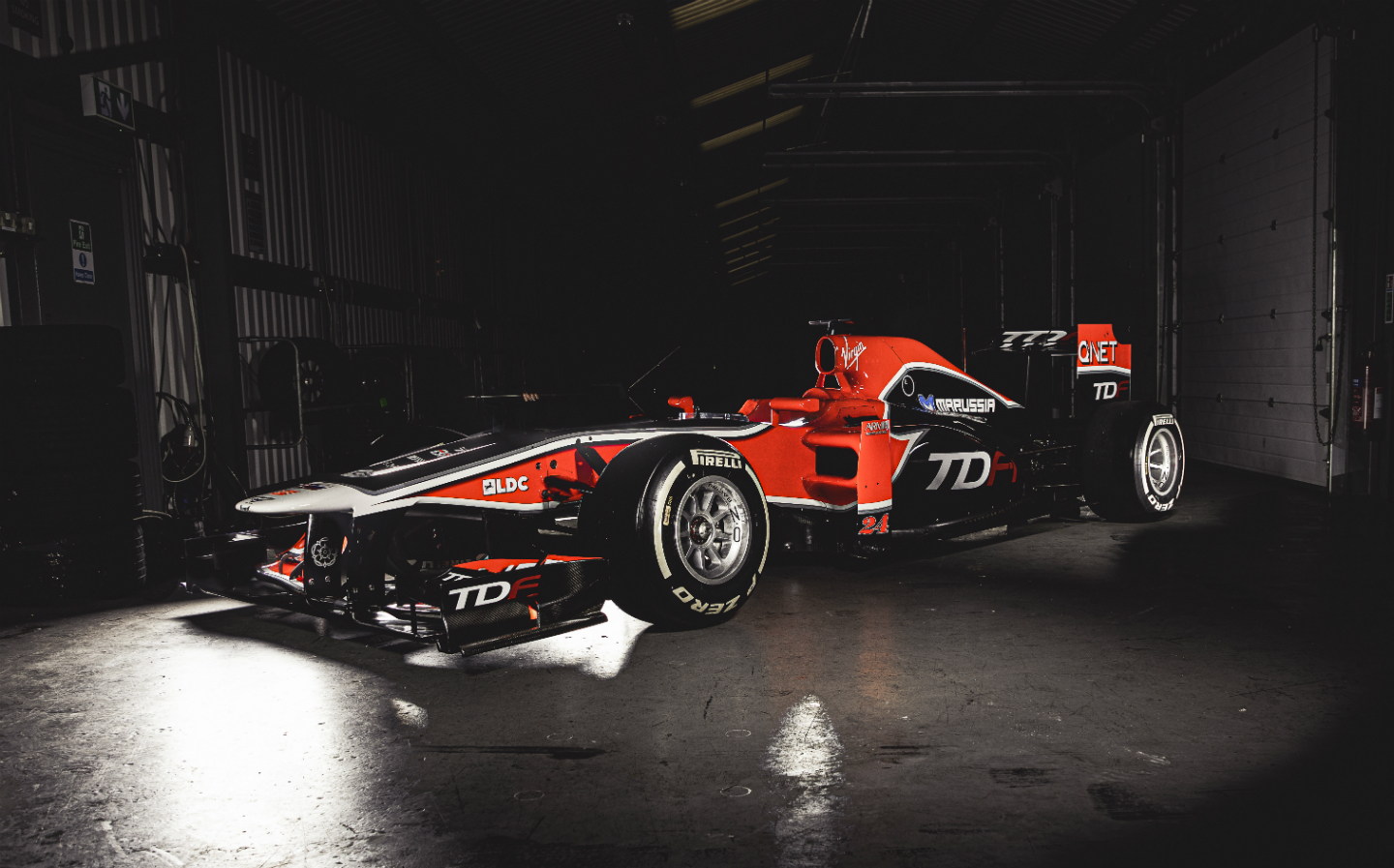 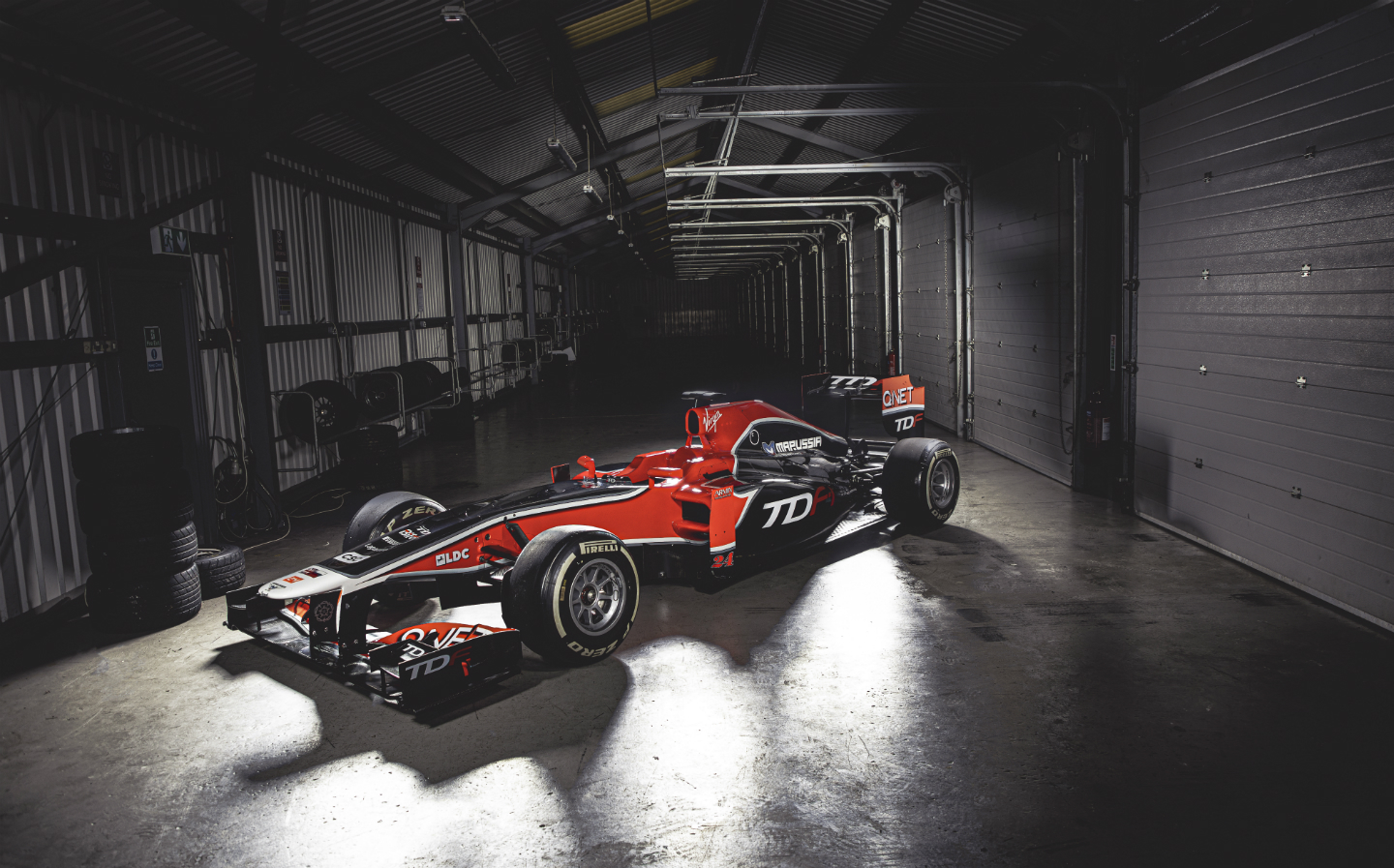 IN THE market for a new track day toy but find the latest crop of too-extreme-for-the-road supercars to be on the tame side? Then this could be the answer to your prayers: a Formula One-derived customer car that promises all the thrills but less of the mechanical temperamentality.

Bedfordshire-based firm Tour-De-Force Power Engineering (TDF) has re-engineered Marussia MVR02 and Sauber C31 cars from the 2011 and 2012 seasons for private buyers, though the company says the resulting TDF-1 still offers customers an experience very close to that of the F1 drivers in the donor cars’ heydays.

The TDF-1 offers “95% of the on-track performance of an equivalent Formula One car, with all of the visceral driving dynamics felt by the Marussia and Sauber drivers during the 2011/2 seasons,” according to the press release.

The engineering changes ensure the car isn’t as tricky to drive or maintain as they were in their former lives, said TDF. The functions on the steering wheel have been significantly simplified, in order to allow whoever’s behind the wheel to “focus completely on the driving experience and less on the systems management that modern Formula One cars demand,” and the on-board radiator fans and starter motor mean the owner is able to run the car completely by themselves if they so wish.

And while the original 720bhp+ 2.4-litre Cosworth V8 engine has been removed, the firm’s own 1.8-litre turbocharged four-cylinder unit produces 600bhp, which is pretty healthy in a car that only weighs around 600kg.

Because it’s turbocharged, the engine also has a “wider torque window” than the naturally-aspirated V8 it replaces, though Tour-De-Force has yet to confirm how much torque it actually produces.

Whatever the output, the TDF-1 is claimed to be capable of accelerating to 62mph from standstill in under two seconds, and reaching a top speed in excess of 200mph.

Because each car is fitted with Formula One-spec Pirelli tyres and retains the donor vehicle’s original aerodynamic package, Tour-De-Force says the TDF-1 is able to generate forces of up to 4g (four times the force of gravity) through high speed bends, and braking forces of up to 4.5g.

Of course, you’ll need a pretty healthy bank balance to buy and run the TDF-1, which costs £1.5m excluding VAT.

For the money, though, TDF is including access to some pretty interesting experiences. All buyers will be able to benefit from a comprehensive training course, which allows them to receive one-to-one tuition and coaching from Jessica Hawkins, the professional racing driver and Tour-De-Force’s development driver, and TDF-1 owners will also be invited to stretch their vehicle’s legs at Tour-De-Force-hosted driving days held at high profile race tracks around the world.

All owners will also have the seat and driving position of their car tailored specifically to them, and TDF-1 buyers will be able to get to grips with their new toy virtually on Tour-De-Force’s motorsports-grade simulator rig.

Matt Faulks, director of Tour-De-Force, said: “As a core part of our business is maintaining modern-classic Formula One cars, we know the complexities of keeping these cars on the track – from maintenance and repairs, to running costs and the sheer skill needed to drive them well. With TDF-1, we wanted to create a package that allows driving enthusiasts the ability to have a genuine Formula One experience that is more accessible and cost effective.”

A remarkable mission: On track at Race of Remembrance 2019