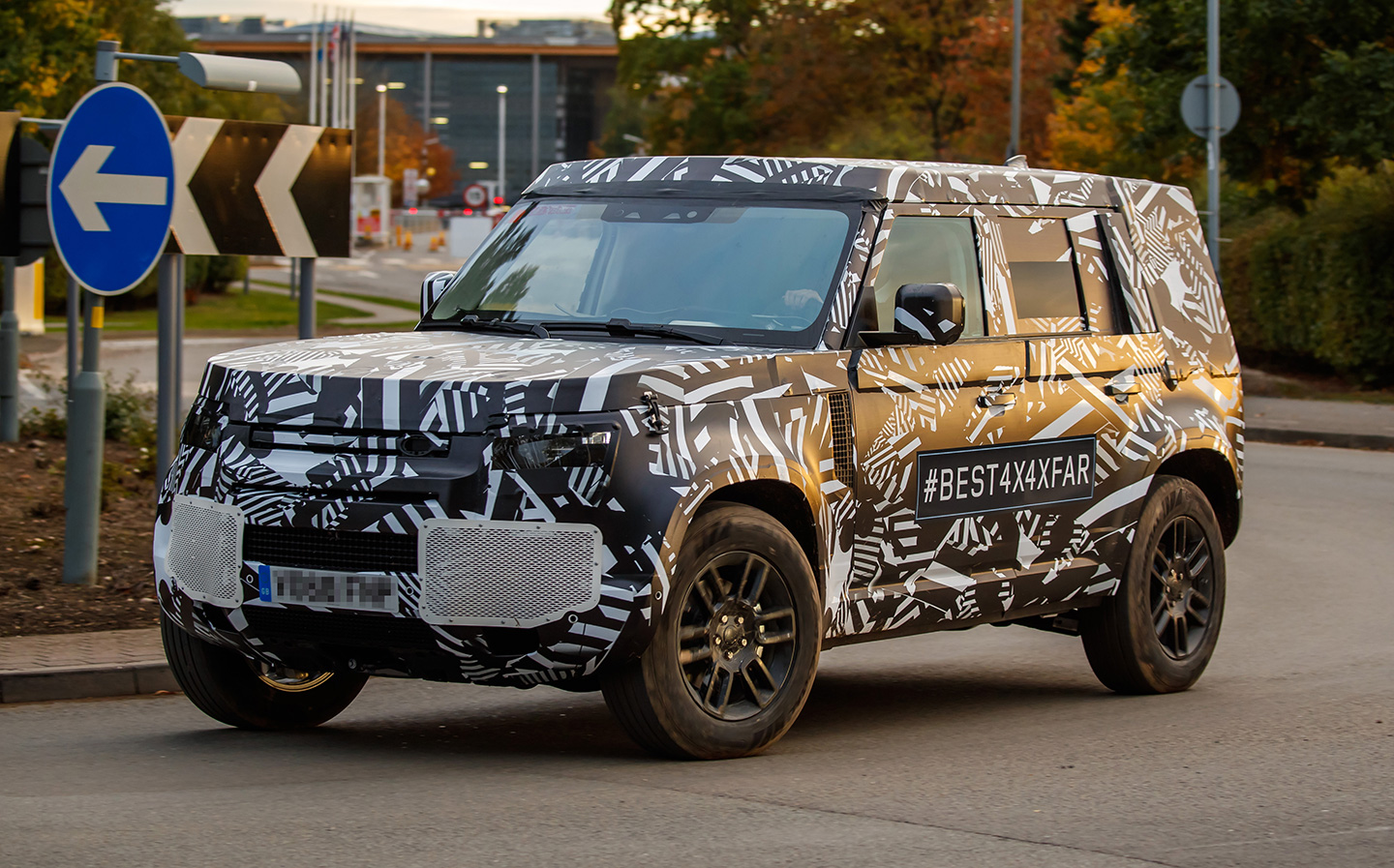 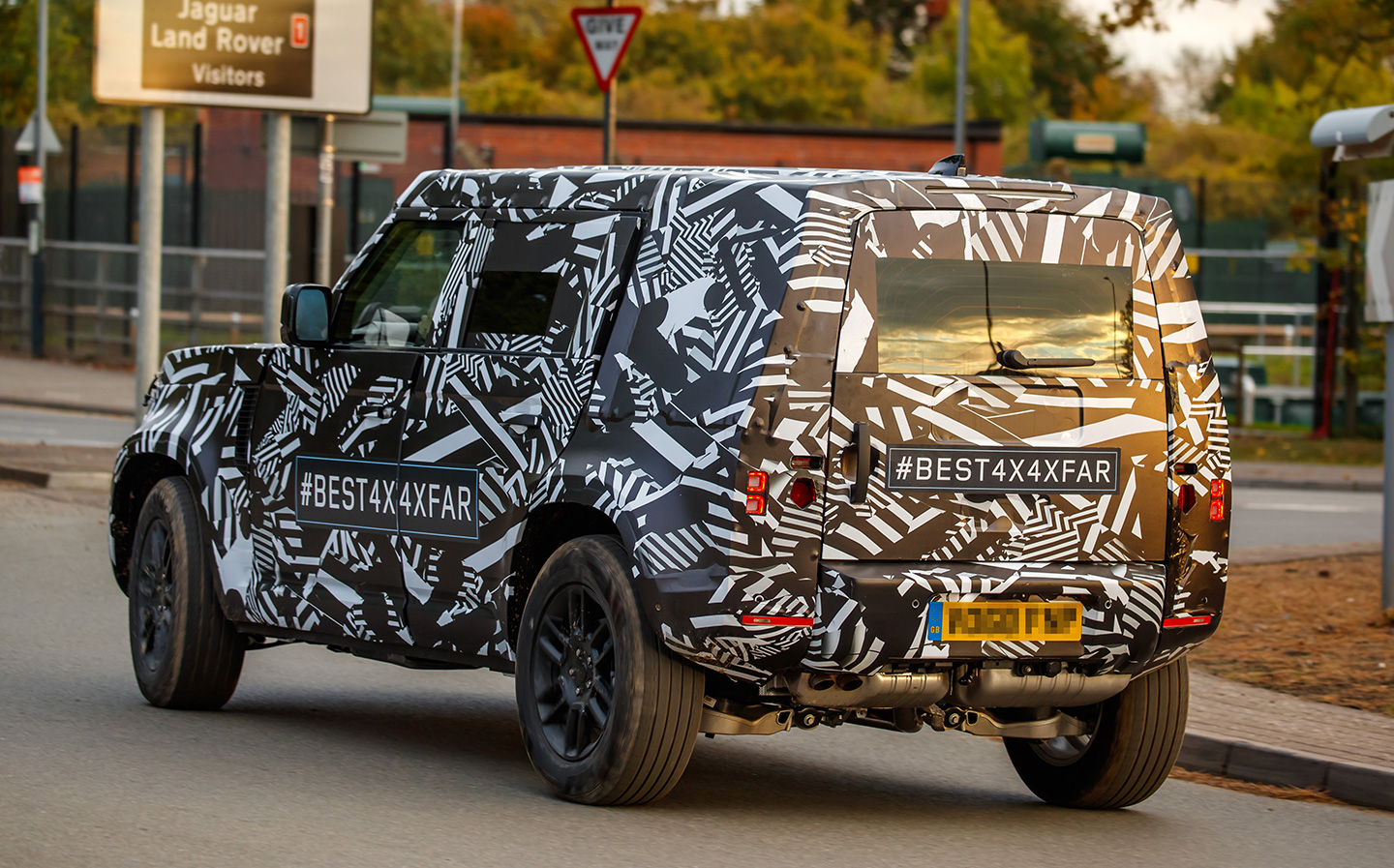 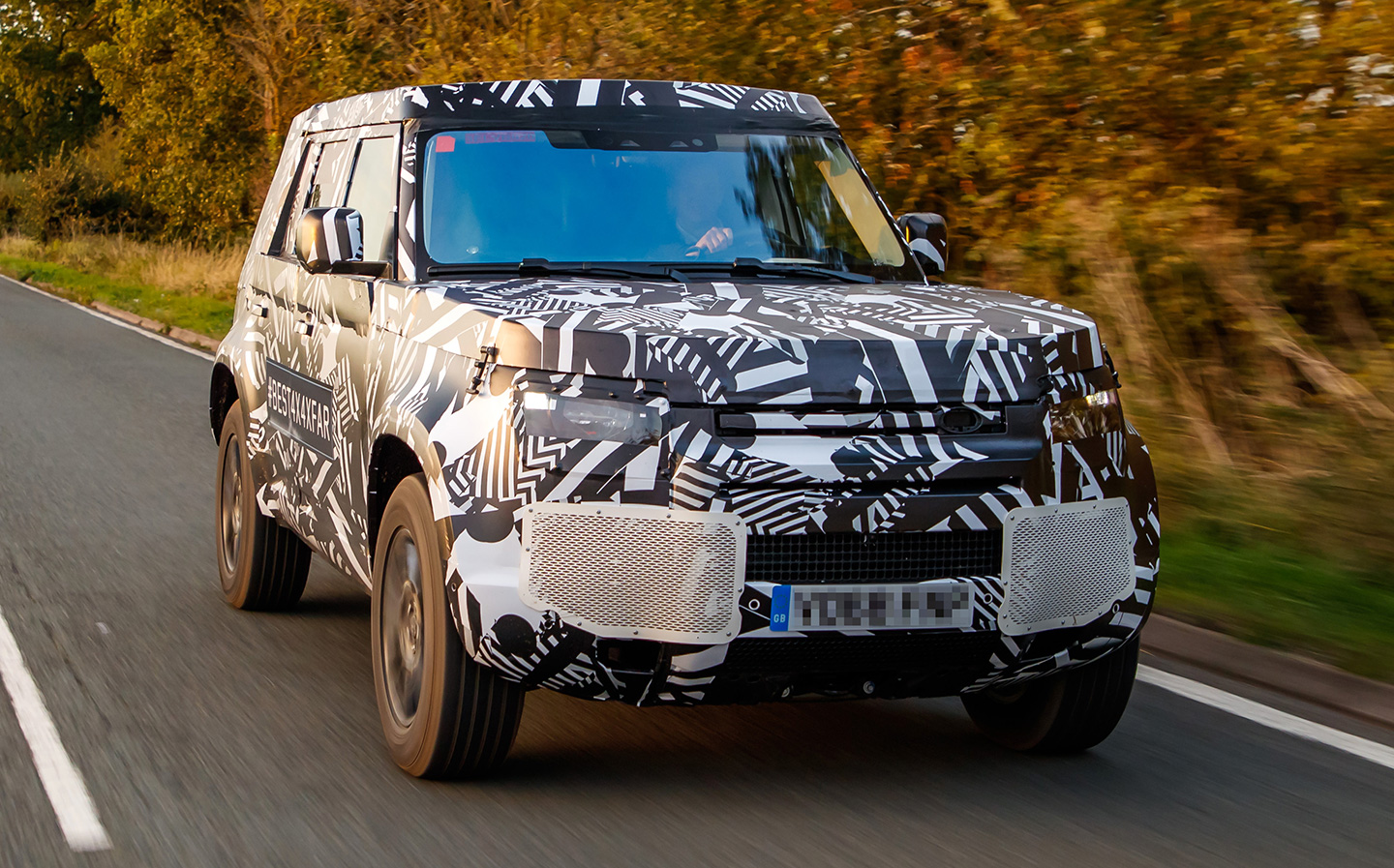 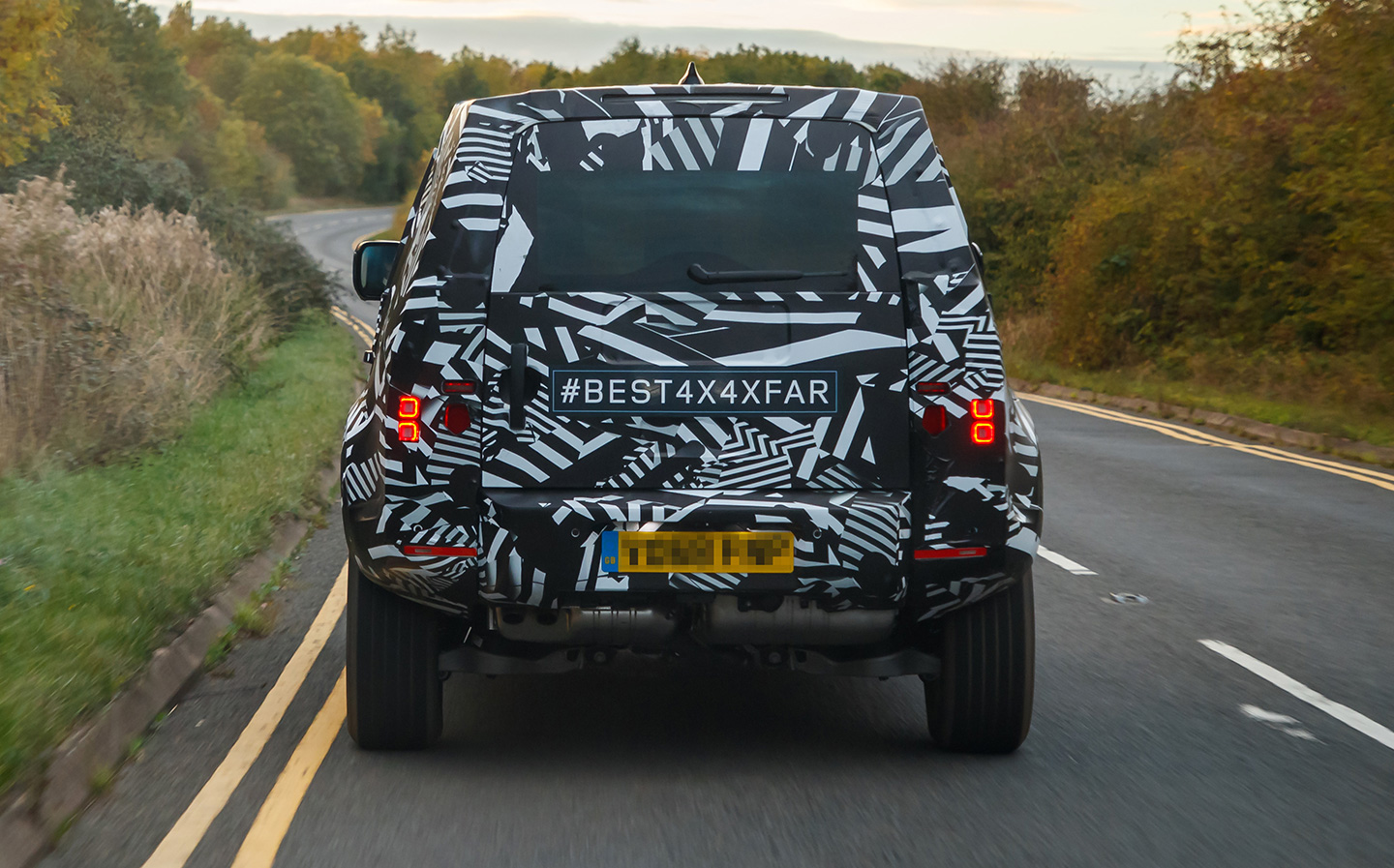 THE UPCOMING Land Rover Defender has been spotted on the road for the first time, in new “spy shots” of a development car.

Caught on camera near Jaguar Land Rover’s R&D centre in Warwickshire, the “leaked” prototype provides the first glimpse of the direction in which Land Rover plans to take its upcoming off-roader.

Though the car’s camo scheme (which, oddly for an undercover car, carries a “#best4x4xfar” sticker along the doors) makes it difficult to pick out finer details, it can be clearly seen the new Defender will retain the boxy, wheel-in-each-corner dimensions of its predecessor.

Details on the car’s interior remain tightly guarded, though it almost certainly won’t make Range Rover owners green with envy. That said, the new Defender’s cabin likely won’t be as utilitarian this time around — as a reference, the once similarly-rugged Jeep Wrangler is now available with soft-touch interior trim, climate control and a touchscreen infotainment system.

In an official statement, Land Rover said: “Jaguar Land Rover runs a wide range of engineering and technology development programmes. We are unable to comment on the specific nature of these programmes. However we can confirm that the Defender programme is progressing well and has reached an exciting stage of its development.”

A Land Rover spokesperson also revealed “customers around the world will be taking delivery of and enjoying Defender again from 2020”. As Land Rover has previously said every new car it launches from 2020 will be electrified, the upcoming Defender is guaranteed to at least be a mild-hybrid vehicle when it goes on sale at the turn of the decade.

When the new Land Rover Defender goes on sale, it’ll have more competition to face than just the aforementioned Jeep Wrangler. A Defender-inspired “Project Grenadier” SUV from Ineos Automotive is scheduled to go on sale in 2020, and an all-electric rugged off-roader from the American start-up Bollinger Motors is on track to beat both of them to market with a launch sometime in 2019.