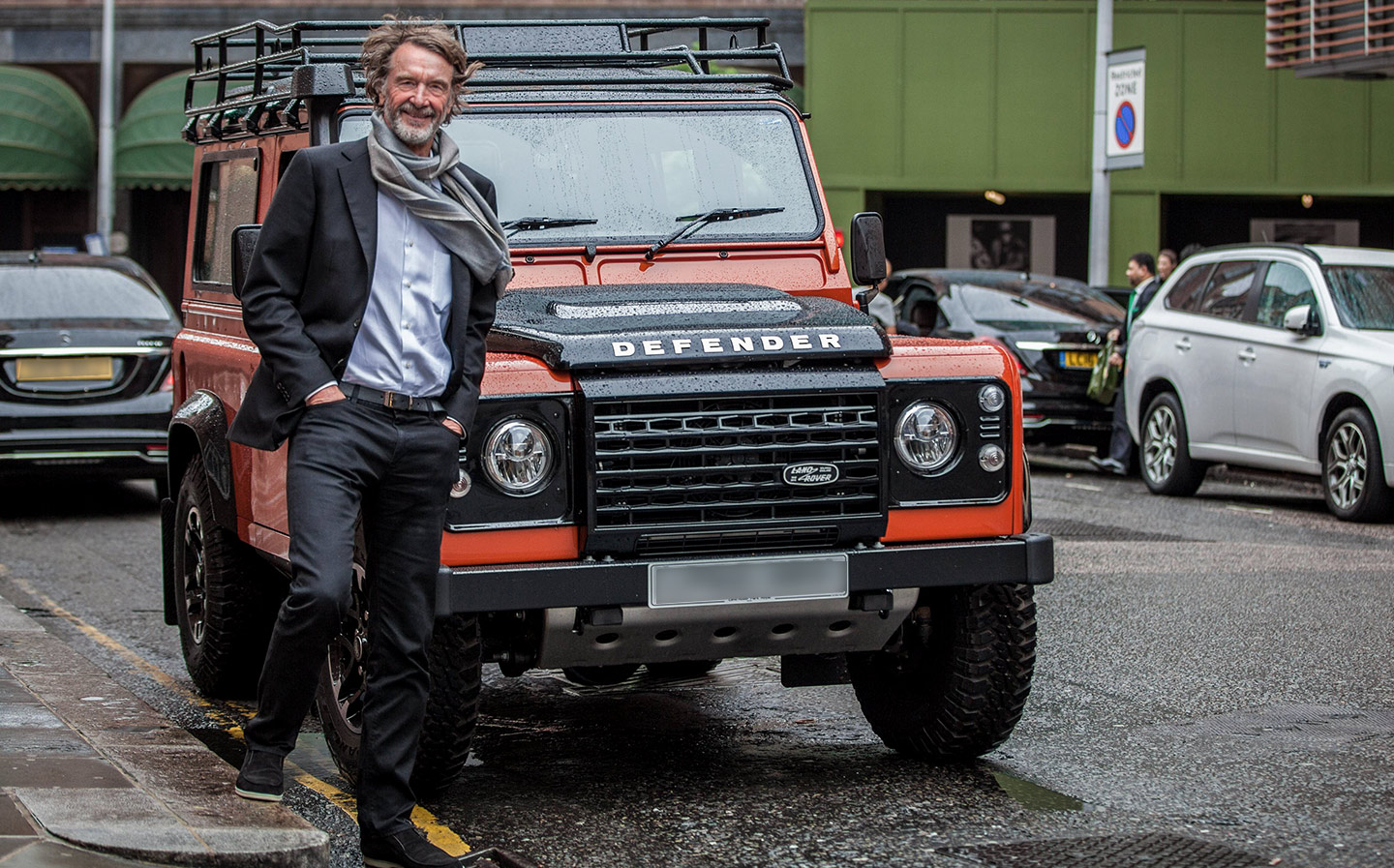 THE COMPANY has no carmaking experience and the executive in charge has no automotive expertise. There is no design concept to look at nor factory earmarked. And don’t hold out for a fancy modern green hybrid drivetrain or the satnav and wifi technology that most drivers now expect as standard.

However, they do reckon they have identified enough farmers, foresters and offroading enthusiasts who will pay upwards of £35,000 for an old-fashioned, low-tech 4×4 of which they can build 20,000 units a year. And, crucially, they are being bankrolled by one of Britain’s wealthiest men, who is apparently happy to dip into his £4 billion fortune to spend “many hundreds of millions” of pounds to build what is being billed as a replacement for the old Land Rover Defender.

Ineos, the chemicals group, is the company and Jim Ratcliffe, its founder, is the man with the chequebook. Last week, Ineos said it had finished a feasibility study into whether there was a market for “a classic 4×4 off-roader, made of steel and with independent suspension” now that Jaguar Land Rover had stopped building the Defender at its Solihull plant.

View the Land Rover Defenders for sale on driving.co.uk

The conclusion Ineos has come to is that, at the right price, there is the right demand. So much so that Mr Ratcliffe has appointed a new project head, Ineos’s German technology chief, Dirk Heilmann, a Cologne-based chemical engineering expert, but one with no automotive experience.

Mr Ratcliffe, an avowed Defender enthusiast, is making no commitments to building the as yet unnamed vehicle in Britain, but he said: “While our new 4×4 might share [the Defender’s] spirit, our new car will be a major improvement on previous models.”

Jaguar Land Rover group stopped production at Solihull a year ago, promising that an all-new aluminium green Defender would rise again in 2019

Jaguar Land Rover retired the old Defender on emissions-regulations grounds and is working on a 21st-century Defender model likely to be built at its new low-cost plant in Slovakia. It immediately shot out a response to Mr Ratcliffe’s claims. “We will robustly defend and protect the brand against any infringements of trademarks, intellectual property, design and engineering,” a spokesman said.

That has much to do with the roaring business that Land Rover already does in restoring and supplying parts for the existing 2 million Defenders on the road.

As for the economics of building a low-volume, low-cost business and marketing a low-tech vehicle in a world of increasing demand for connected technology, Warwick Business School’s automotive expert, Christian Stadler, raised doubts.

“Ineos seems to be falling into a common trap,” he said. “It has looked at the market and seen an exciting opportunity. But what it is forgetting is it needs to consider if it is the right company to pursue the gap in the market. Does it have the right resources and capabilities?”

A brief history of the Land Rover Defender 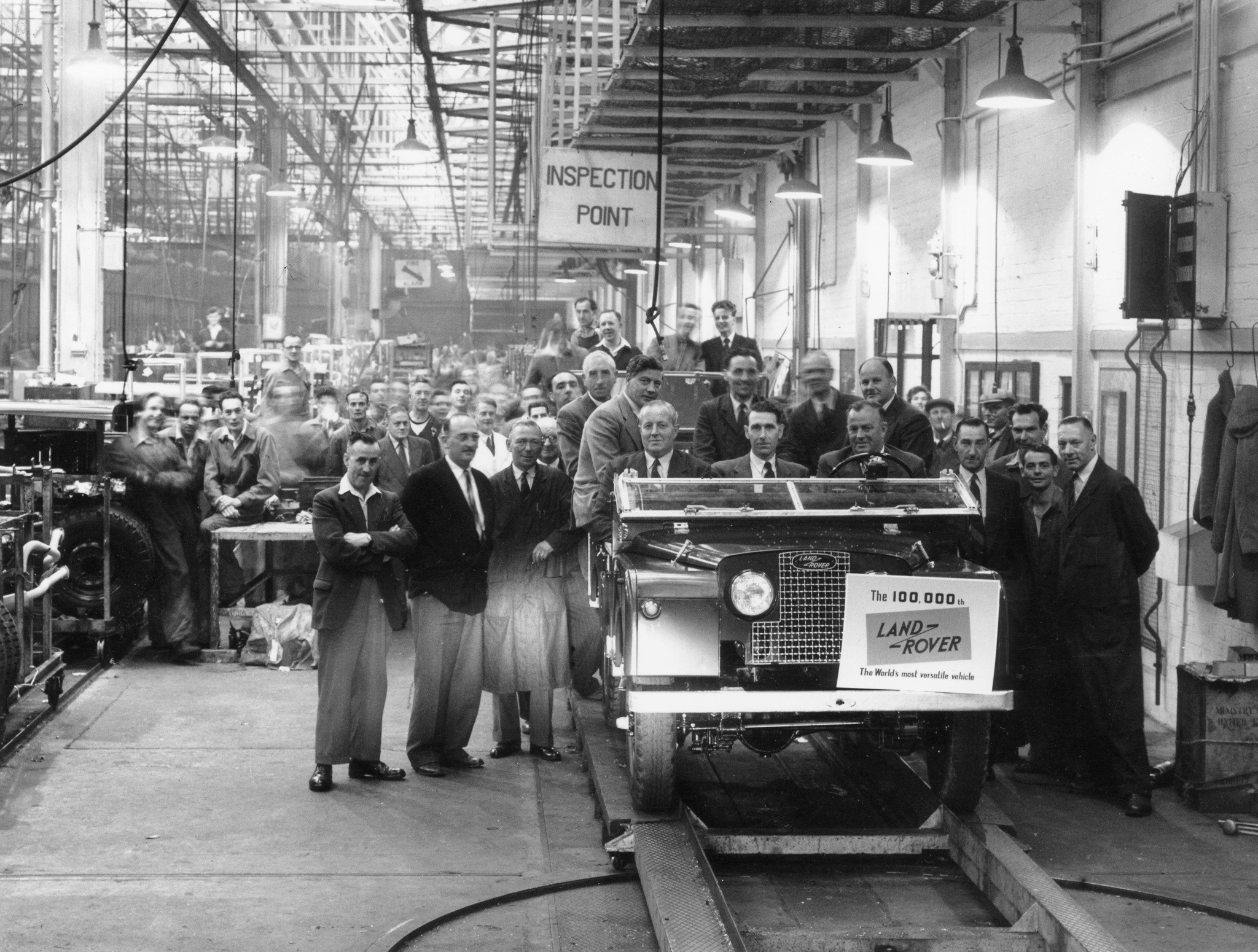 The 100,000th Series Land Rover rolls off the production line at Solihull in 1954

Originally it was just called a Land Rover — because there was only one Land Rover. A take-off of the Jeeps that the American forces used during the war, the Rover car company envisaged the original 1948 Land Rover series as an agricultural vehicle.

It acquired Mk II and Mk III names as successive generations moved the model on, and later came the Land Rover 90 and 110. When in the 1980s the company, which had already introduced the Range Rover, launched the Land Rover Discovery, the original model was given the name Defender.

Longer models and larger engines ensued but the story of the Defender became entwined with the dysfunctional history of Rover. Sold out of nationalisation to British Aerospace in 1988, it ended up in the hands of BMW. The Germans were not interested in this English curiosity and sold it on to Ford. When the Americans got into trouble, Ratan Tata, the Indian billionaire, bought Land Rover with Jaguar for £1.15 billion in 2008.

With emissions regulations catching up with the diesel Defender, Tata’s Jaguar Land Rover group stopped production at Solihull a year ago, promising that an all-new aluminium green Defender would rise again in 2019.