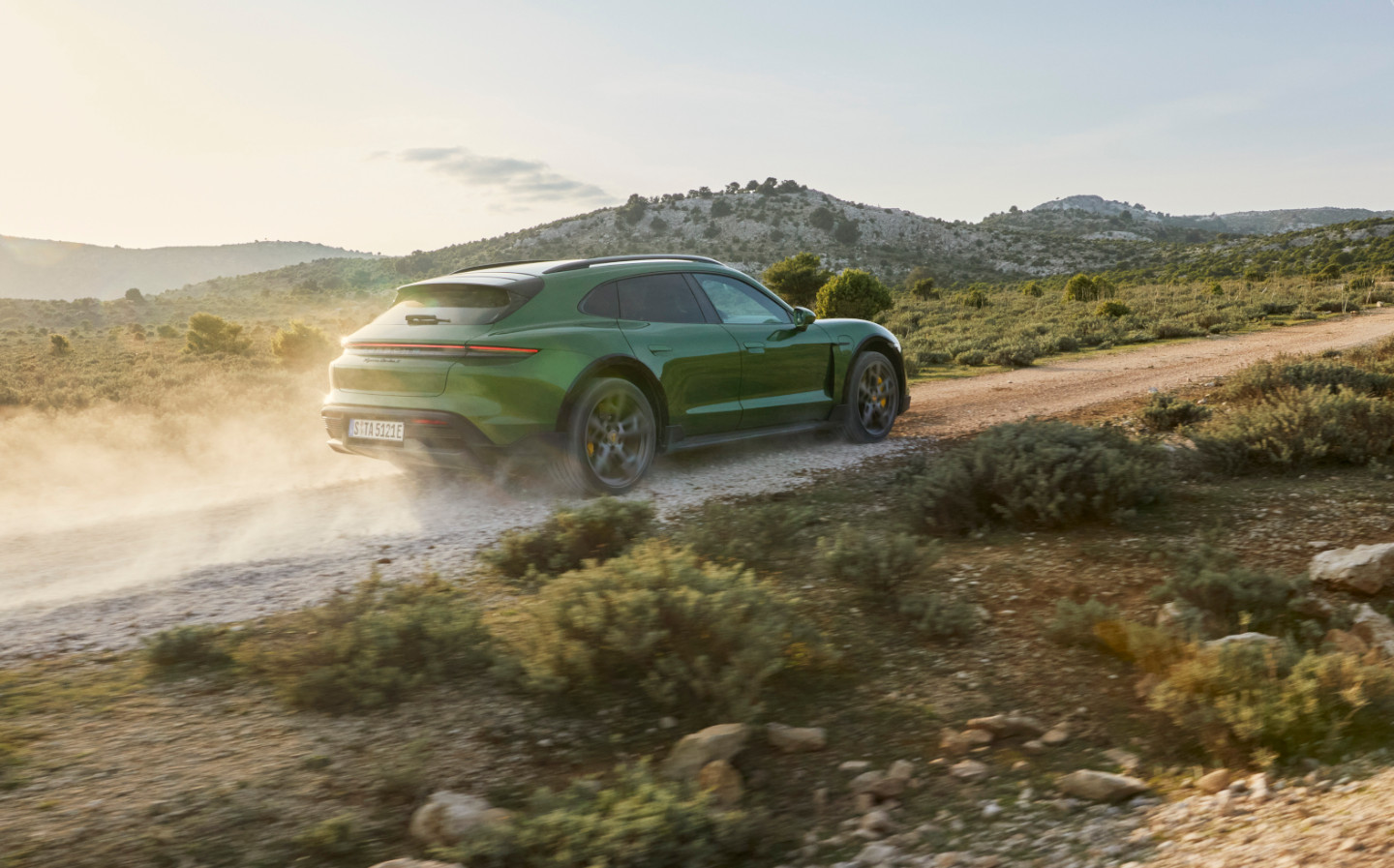 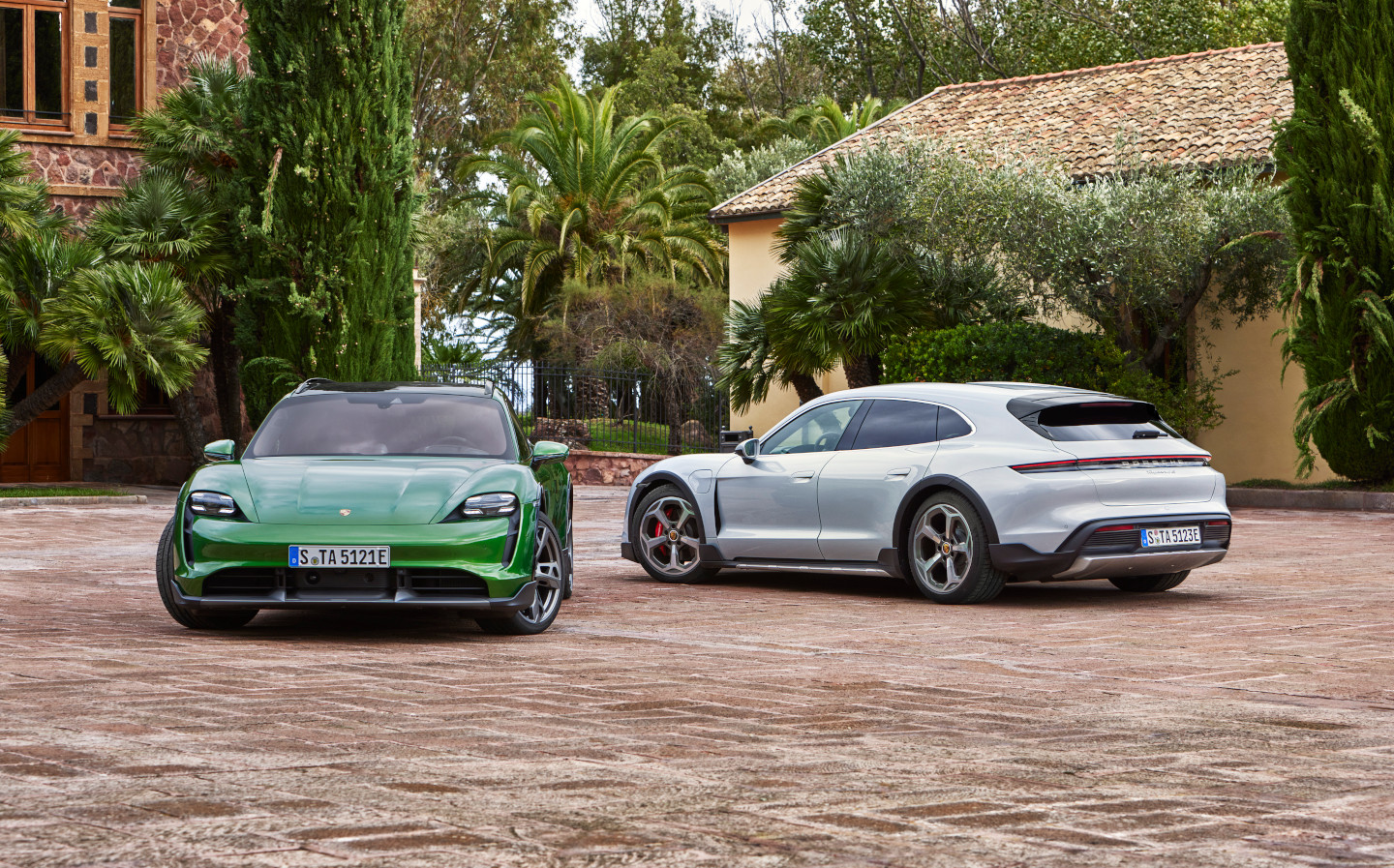 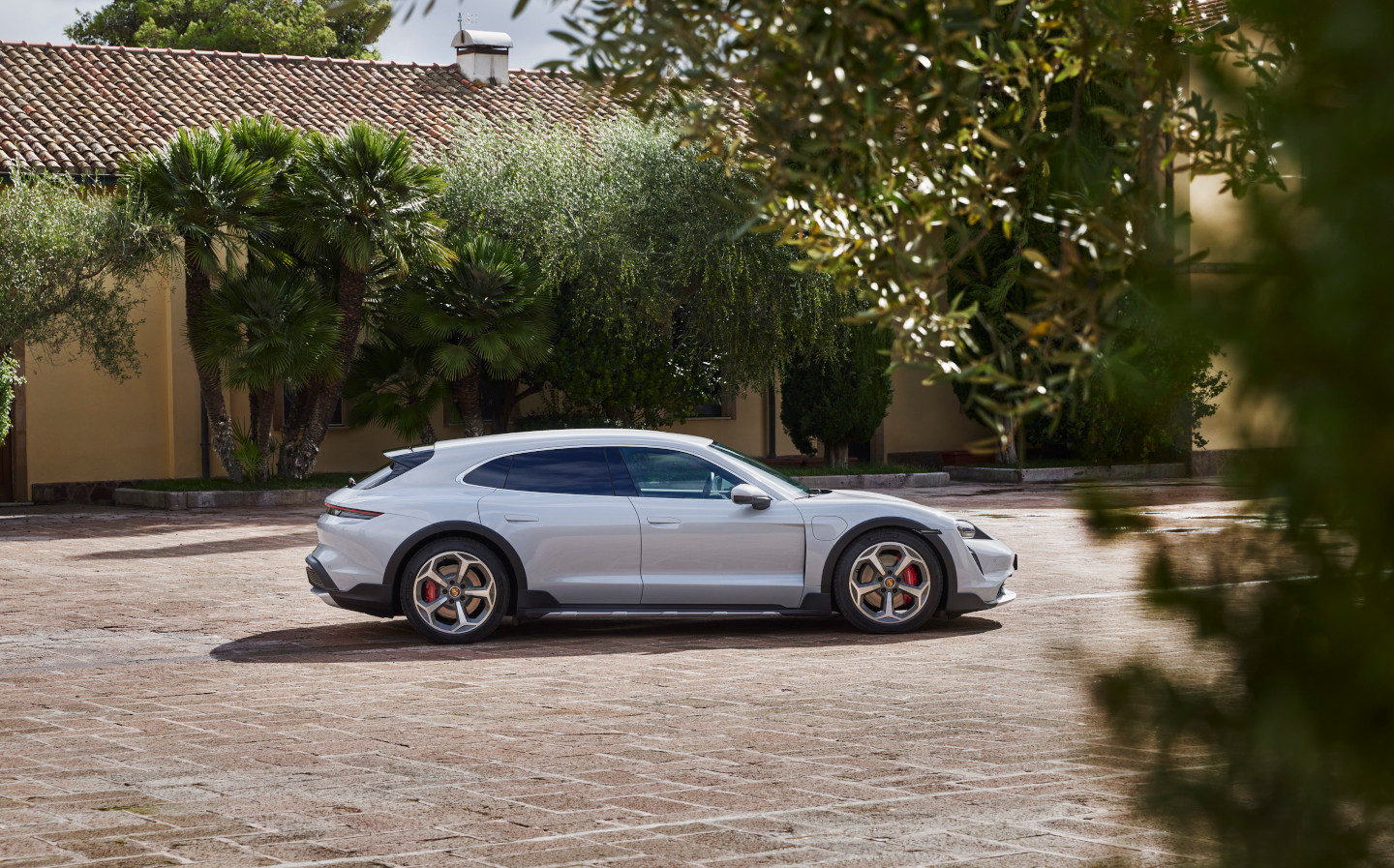 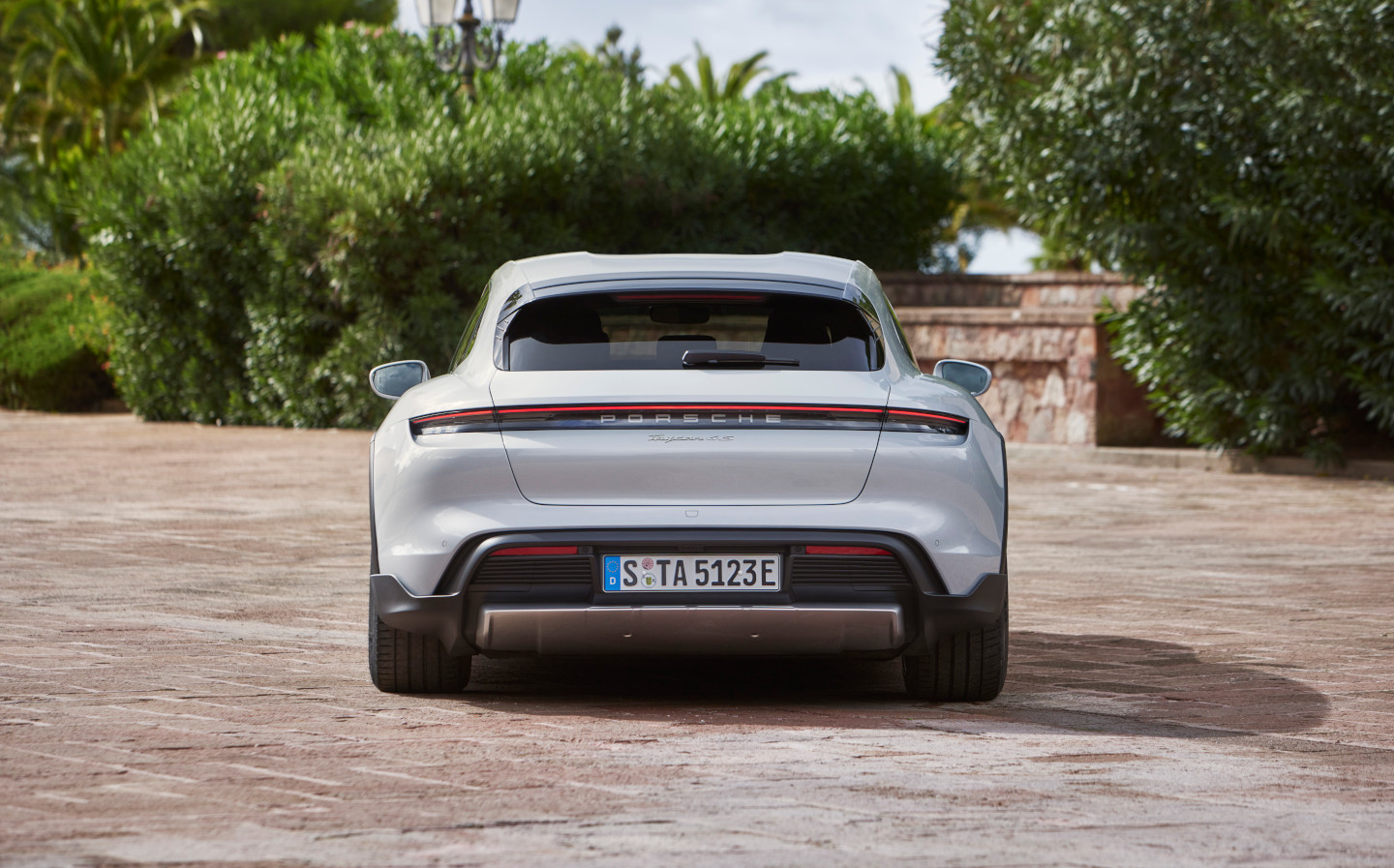 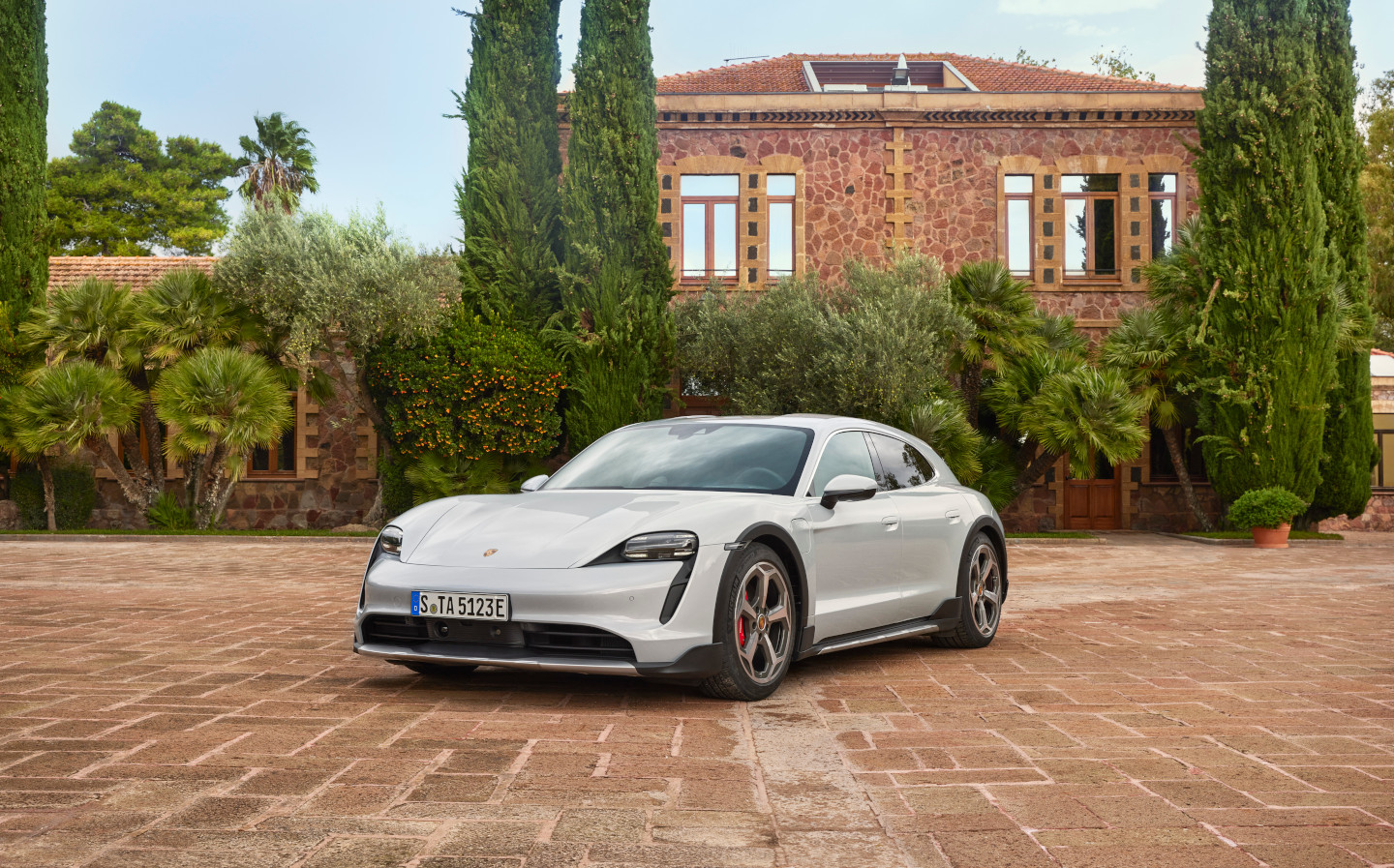 The car maker calls the model a “cross utility vehicle” and has attempted to maintain the saloon’s widely-praised driving dynamics while bringing a tougher variant to the Taycan family with improved practicality.

The Taycan Cross Turismo has been thrown through a typically Germanic, rigorous testing process, and Porsche claims that it has completed 998,361 testing miles — roughly equivalent to circumnavigating the globe 25 times. Why they couldn’t have done the extra 1,659 miles to get to a round, PR-friendly million, we’re not sure. 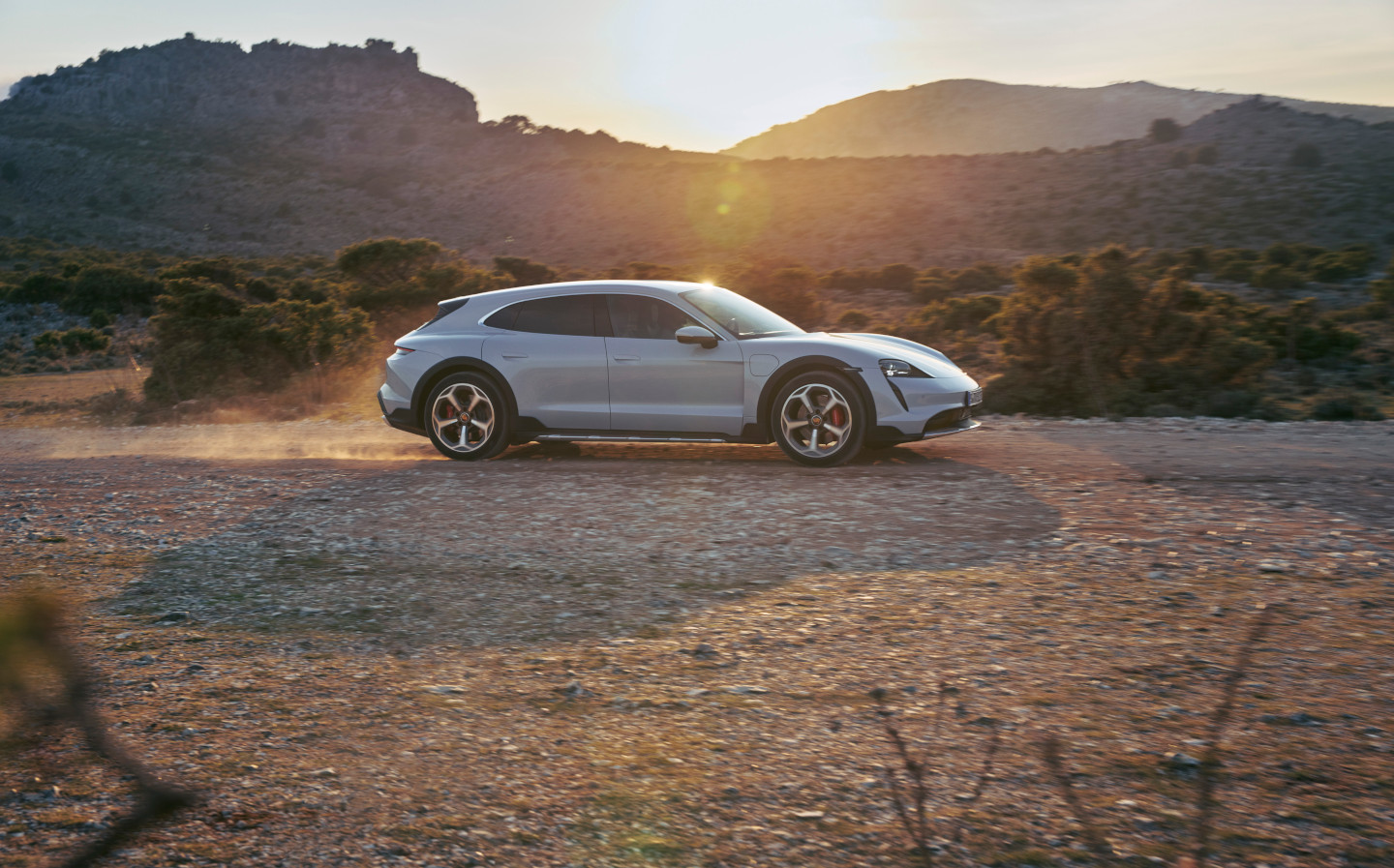 Based closely on the Mission E Cross Turismo concept that Porsche revealed at the Geneva Motor Show in 2018, the Cross Turismo’s looks, while handsome, are unlikely to take too many by surprise. It takes a number of styling cues from the standard Taycan, most recognisably its distinctive headlights, while the overall silhouette isn’t a million miles away from the Panamera Sport Turismo.

Designed for use off road, the ride height of the Cross Turismo has been raised by 3cm, while bespoke front and rear lower aprons have been added alongside wheel arch trims to impart a rough-and-ready look.

An optional Off-Road Design Package adds flaps to the ends of the bumper and sills to protect against rocks.

At the rear, a fixed-roof spoiler adds a bit of athleticism to the silhouette, while a Cross-Turismo-specific rear diffuser is also included to tidy up the airflow.

Three new wheel styles are available and are designed with the car’s “crossover character” in mind.

Being a Porsche, the Taycan Cross Turismo has to be fast. As with the Taycan grand tourer, the car is offered with four different powertrain options, each increasing in power, performance and price — although all models use Porsche’s larger 93.4kWh battery as standard.

The entry-level model is the Taycan 4 Cross Turismo, which comes with 375bhp, meaning 0-60mph takes 5.1 seconds. That makes it the most lethargic in the Cross Turismo range, but it pips the entry level Taycan saloon to the post, thanks to standard all-wheel drive.

It also has the best electric range of the pack, with Porsche saying that the Taycan 4 Cross Turismo can do somewhere between 241 miles and 283 miles on a single charge. 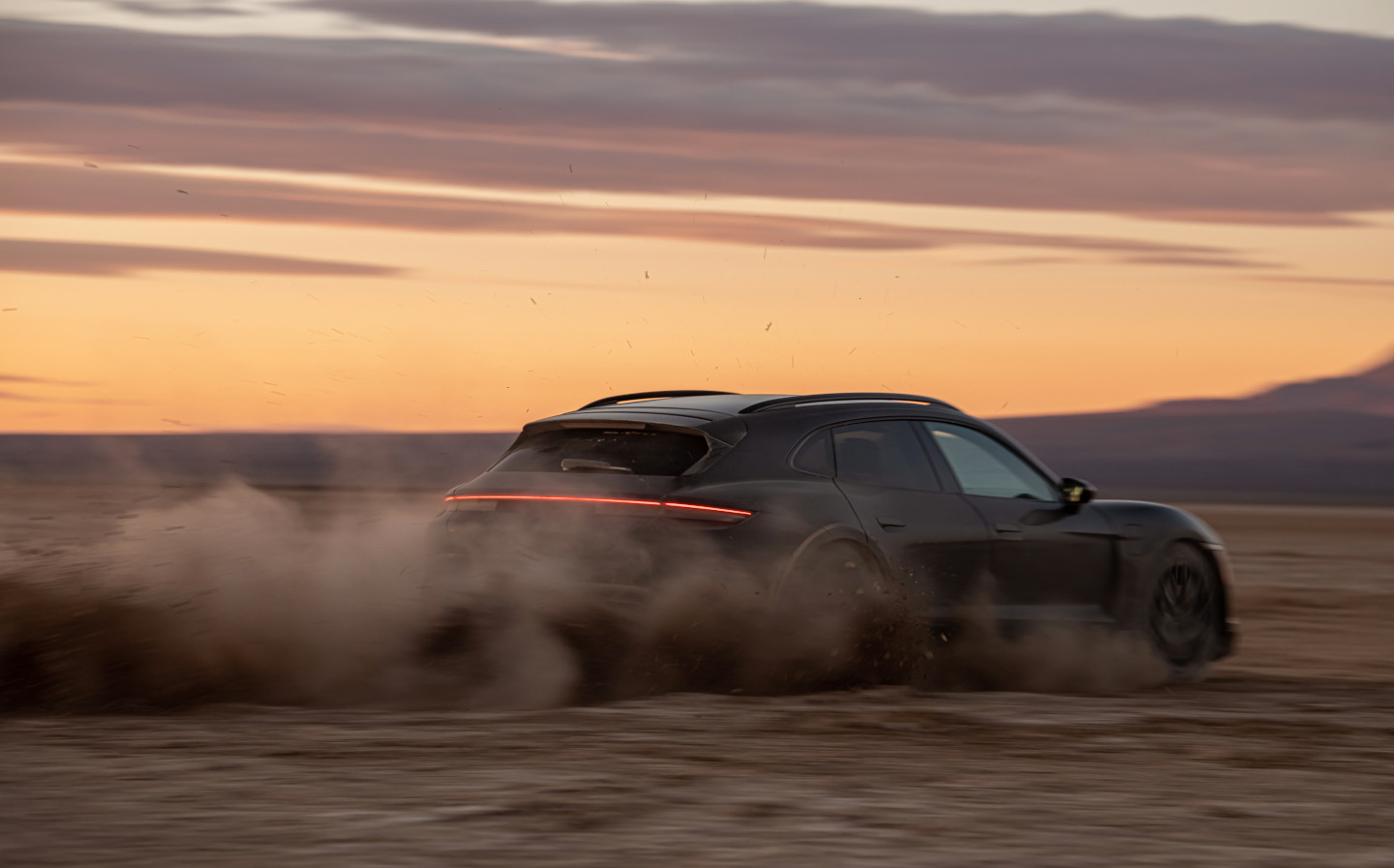 One rung up the ladder is the Taycan 4S Cross Turismo, which shaves exactly a second off the entry-level model’s 0-60mph time thanks to having 563bhp of “overboost” available during launch. When driving normally, this drops to 483bhp. The quoted range is lower by a mile or two.

Despite hearing repeated protestations that electric cars can’t have turbochargers, Porsche has opted to keep the Turbo and Turbo S names for the two range-topping versions of the Cross Turismo.

The Turbo model packs 616bhp, which increases to 671bhp when “overboost” is activated, allowing a 0-60 time of 3.3 seconds. This is the model with the best claimed power consumption, with between 22.6kWh and 25.9kWh of battery being consumed per 100km. In other models this rises to up to 26.4kWh/100km.

The range-topping version is the Turbo S, which can sprint to 60mph in a blistering 2.8 seconds thanks to an extra 80bhp of overboost power when compared to the Turbo. After acceleration, power drops back to 616bhp, the same as the Turbo. Maximum range is lowest in this guise — 260 miles, according to the WLTP cycle.

Following on from the standard Taycan, the Cross Turismo uses an 800V electric architecture instead of the 400V used in most electric cars currently on sale, which means that performance, range and charging time are all impressive. If you can find an 800V rapid charger then the Cross Turismo can charge from 5% to 80% in 22 and a half minutes, Porsche claims. 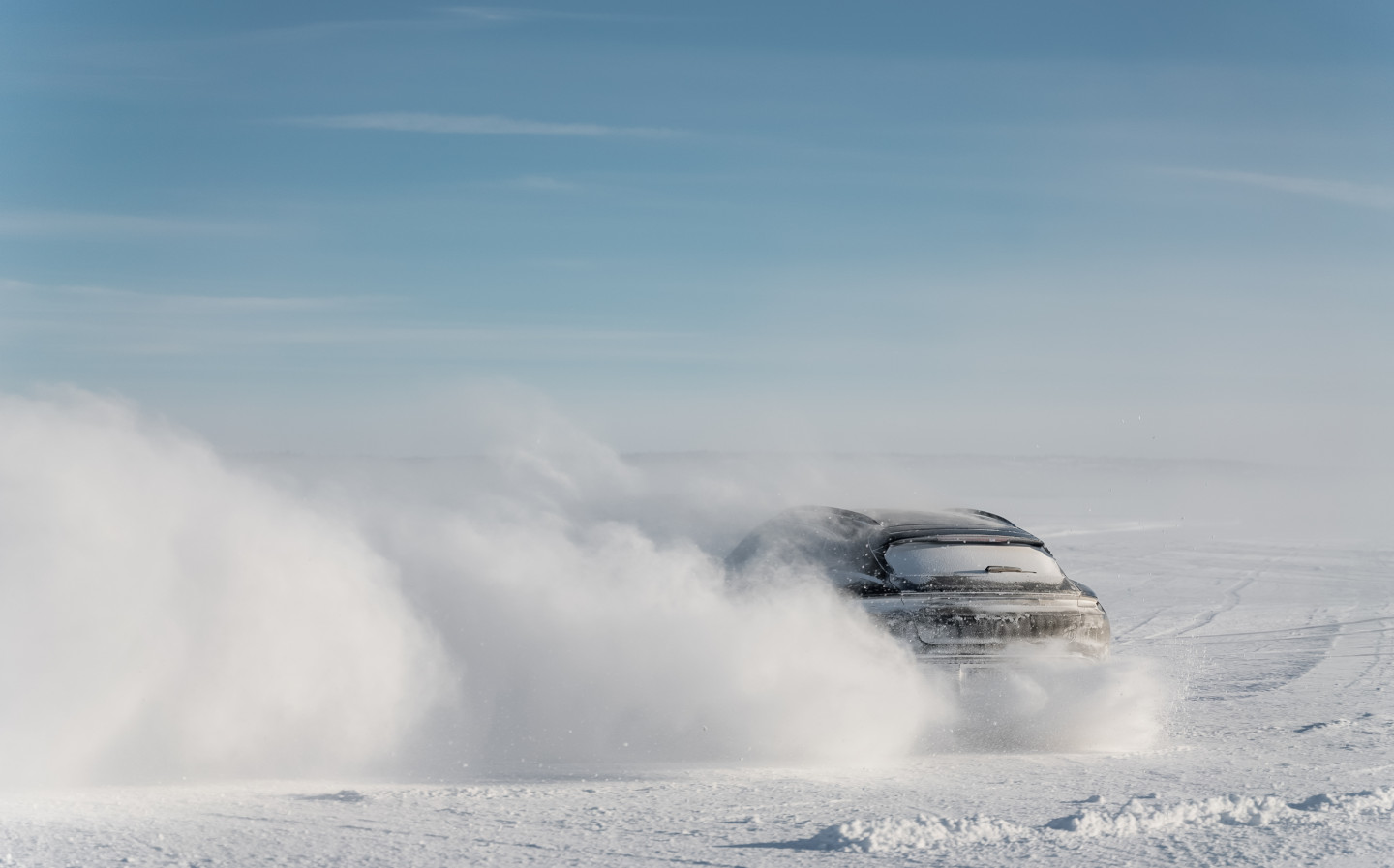 Porsche has been praised for the dynamic handling of the Taycan, and has made sure the chassis of the Cross Turismo can live up to its asphalt-dwelling sibling’s reputation. Air suspension is included to ensure a smooth ride, and can be manipulated using a Smartlift function to automatically adjust ride height.

Meanwhile, batteries are floor mounted for a low centre of gravity, while load distribution between the front and rear axles is near 50:50.

Optional improvements to handling include torque vectoring and rear-axle steering, while ceramic composite brakes come as standard on the range-topping Turbo S.

While the “standard” Taycan has been revered for a number of reasons, it doesn’t tick every box. The Cross Turismo increases boot space from 366 litres in the regular model to 446 litres, with up to 1,212 litres when the rear seats are lowered.

And, being a hatchback, entry into the boot is much easier, with the opening being 44cm wider and 32cm taller than on the GT. There’s also a small 84 litre compartment at the front — no engine to be found here, after all.

Rear headroom is also improved, with an extra 47mm (just under two inches, in old money) compared to the standard Taycan, in which rear passengers might find themselves a little squished, if they’re of the taller persuasion.

A Porsche bike carrier is available as a cost option, which has been designed to fit specifically around the Cross Turismo’s shapely silhouette. It’s even launched its own duo of e-bikes to be carried on it: the eBike Sport and the eBike Cross, which are both inspired by the sporty character of the Taycan.

Porsche hasn’t yet supplied us with interior images but apart from making it more spacious, the car maker hasn’t deviated too heavily from the regular Taycan when it comes to interior design. The driver sits in front of a 16.8in instrument cluster, which can be configured between four display modes and has been designed to evoke the original 911.

Infotainment functions are controlled through a 10.9in central touchscreen, and options include a screen in front of the front passenger and head-up display (HUD) that projects information onto the windscreen. A 5.9in screen can also be installed in the back so that rear passengers can control infotainment functions.