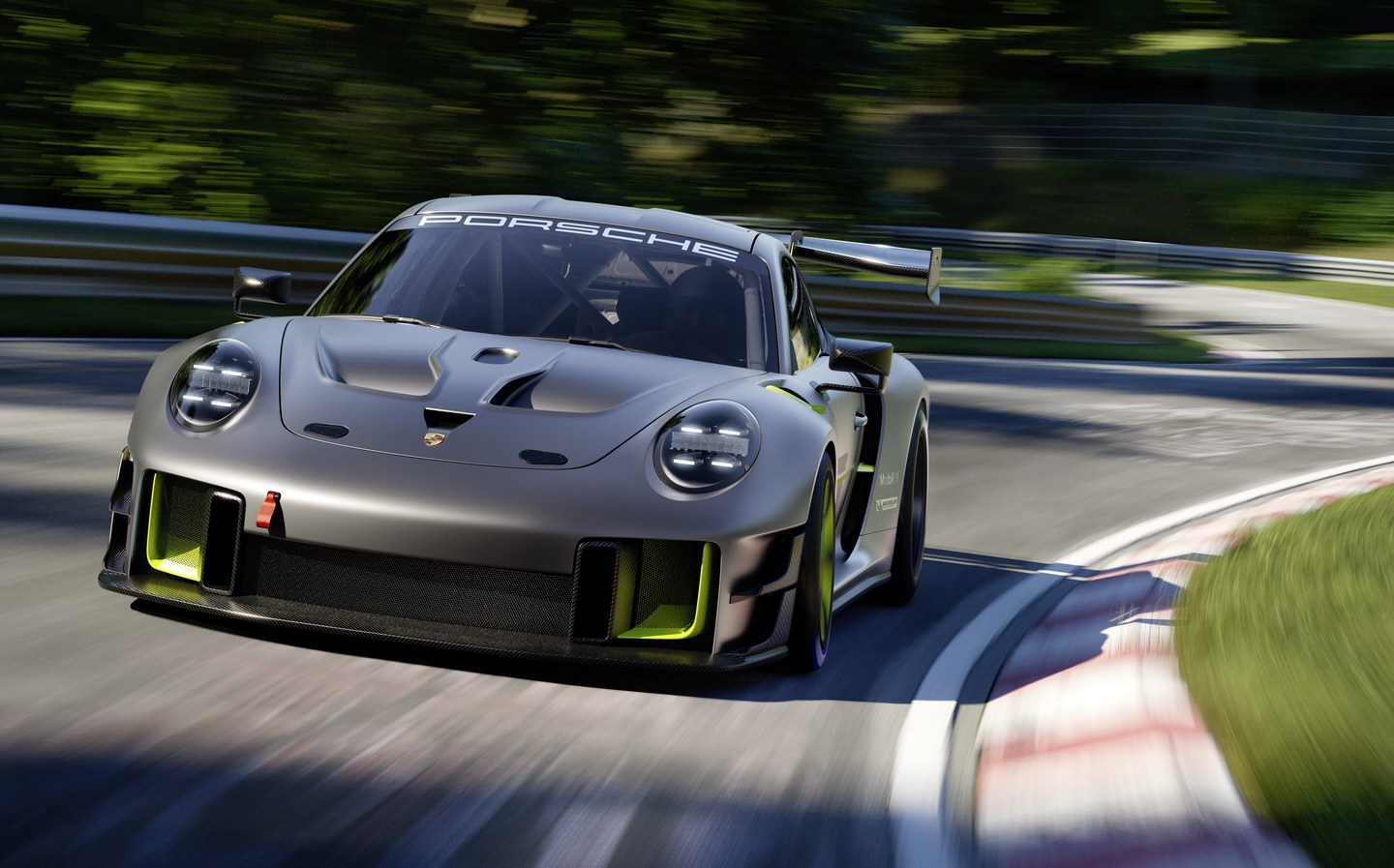 PORSCHE has created an extreme, limited edition version of its 911 GT2 RS Clubsport trackday car to mark 25 years of competing with Manthey Racing, the company responsible for preparing the factory 911 RSRs for Le Mans.

Just 30 examples of the Porsche 911 GT2 RS Clubsport 25 will be produced, each costing close to half a million pounds, and the handful of owners won’t be able to drive their car on the road, as they’re designed for track days only.

At the Manthey GT2 RS’s heart is a 3.8-litre twin-turbo flat-six engine, which sends 690bhp to the rear wheels via a seven-speed PDK automatic gearbox.

An advanced aerodynamic package starts with a redesigned front end, featuring a new bumper and splitter, and a low, centrally-mounted radiator.

Porsche and Manthey reckon that makes it less vulnerable to damage in a crash, and it also allows them to remove the normal wheelarch-mounted radiators.

That in turn allows more air through to the front brakes, and there are huge vents at the rear of the front arches to let hot air escape. 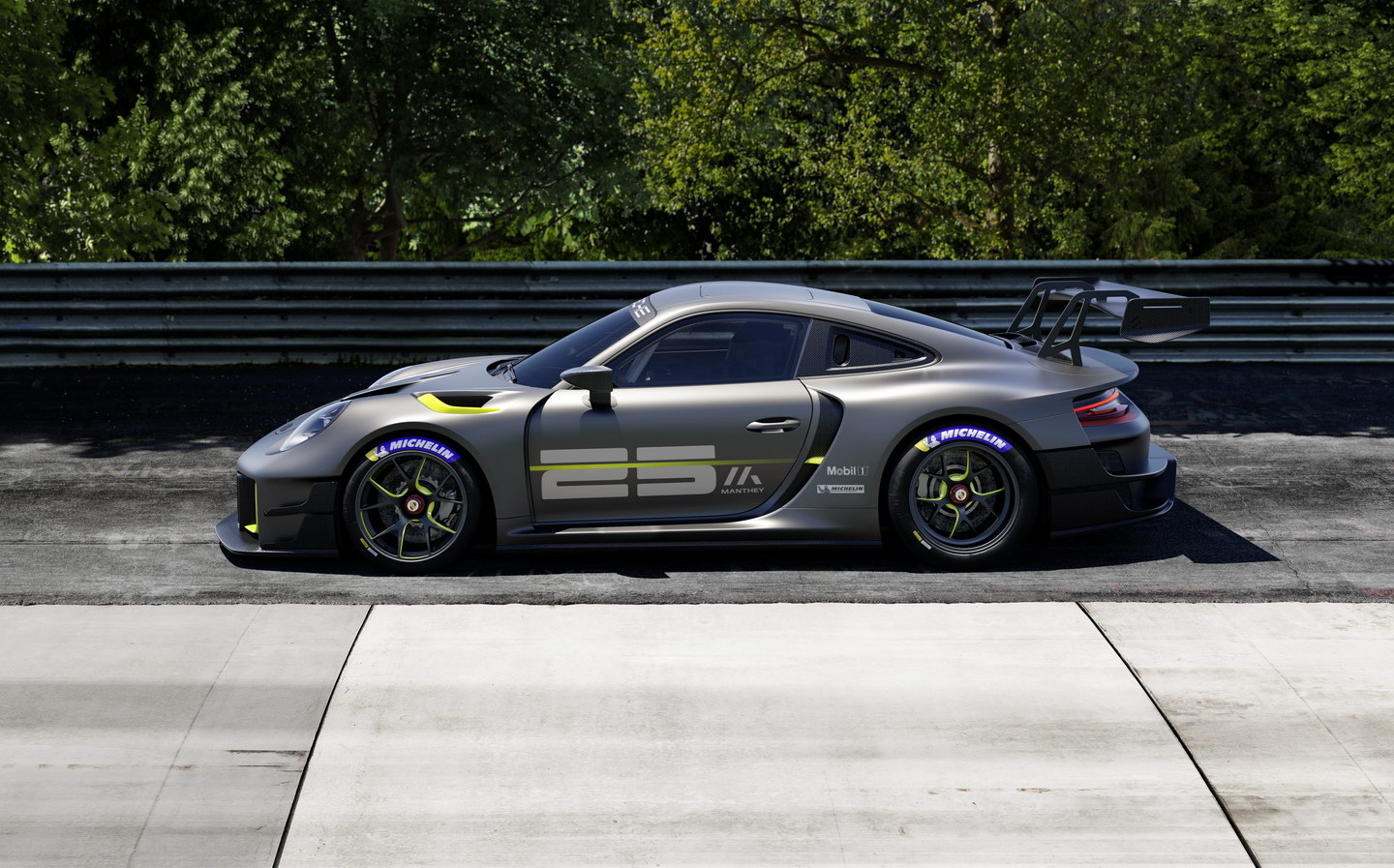 The bonnet — made of carbon fibre — gets three big air ducts. There’s a central drag-reducing “Naca duct”, just behind the Porsche badge, and two huge “nostrils” that guide air from the front of the car up and over the roof towards the rear wing.

That rear wing features new side plates and swan-neck support brackets, which ensure uninterrupted airflow, while the rear structure of the car has been updated with new vents and a flick-up rear spoiler.

It’s no surprise that the styling and aero work of the Clubsport 25 was penned by Grant Larson, from Style Porsche, who has also designed such legendary racing cars as the 911 RSR and 911 GT3 R, as well as the modern 935 and many more.

“The design of the 911 GT2 RS Clubsport 25 expresses the long-standing collaboration between Porsche Motorsport and Manthey,” said Larson.

“It amalgamates the respective strengths of each partner into one racing car, and at the same time bridges the gap between the 991 and 992 model generations of the 911. Manthey contributed the basic concept and the technical ideas, with Porsche providing the final design.”

The colour scheme is a mixture of neon yellow and green, which is Manthey’s signature colour, and it’s used to highlight areas of the otherwise dark grey bodywork. There are “Grello” highlights for the 18in centre-locking alloy wheels, too.

At the rear, there’s also a low-down aerodynamic diffuser, for extra ground effect. That’s been designed specifically for the Clubsport by Manthey Racing itself. The huge rear wing gets new side plates and swan-neck support brackets.

At the front, there are LED lights with the distinctive four-bar signature of the RSR Le Mans racers. 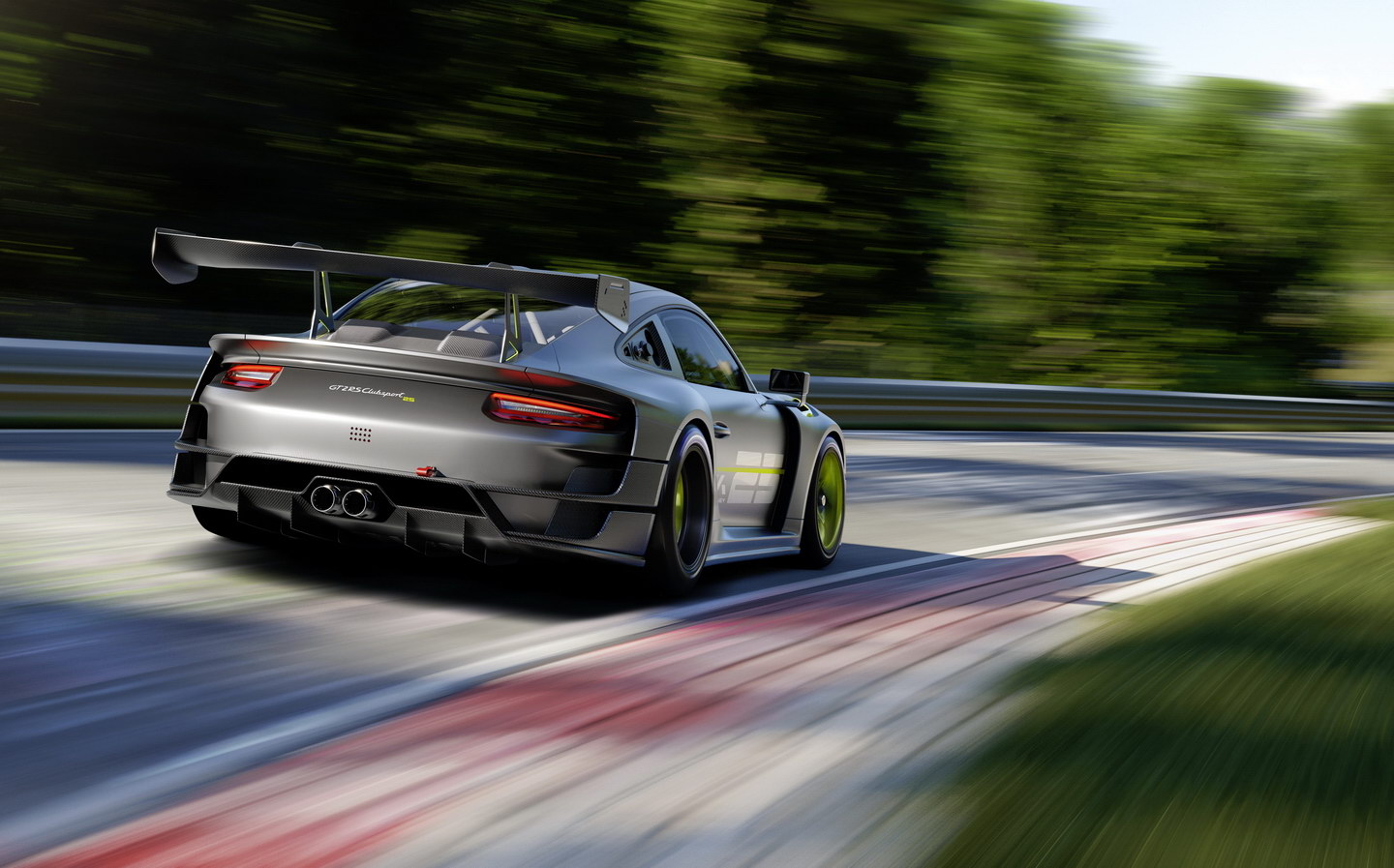 Inside, the cabin is mostly lifted from the roadgoing 911 GT2 RS, but has been fitted with a welded-in safety cage — fully approved by the world governing body of motorsport, the FIA. It also has a small plaque on the dash, noting which number out of the sequence of 30 the car rolled off the production line.

“With the 911 GT2 RS Clubsport 25 special edition, which we designed and developed in conjunction with Porsche Motorsport, we’ve reached another milestone in the 25-year history of Manthey. It’s a perfect example of our guiding principle ‘Closer to Perfection’,” said Nicolas Raeder, managing director of Manthey-Racing GmbH.

“With every modification, technological function always takes priority. That’s why the 911 GT2 RS Clubsport 25 has its very own character, which also reflects our brand values: straightforward and meticulous, flexible and uncompromising.”

Matthias Scholz, Porsche’s director of GT racing cars, said: “Porsche Motorsport and Manthey have won many races and championships since the team was founded 25 years ago — for example seven times the 24 hours at the Nürburgring. Since 2013 the two companies have been closely affiliated. With the unique special edition 911 GT2 RS Clubsport 25, this successful partnership has moved to the next level.

“The 911 GT2 RS Clubsport 25 benefits from the motor racing experience that Manthey and Porsche Motorsport have gained around the world. It is the perfect circuit racing car for ambitious private drivers, and it’s an impressive example of engineering skill.”

Manthey Racing was first formed in 1996 by racing driver Olaf Manthey, and the team and Porsche have been closely connected ever since.