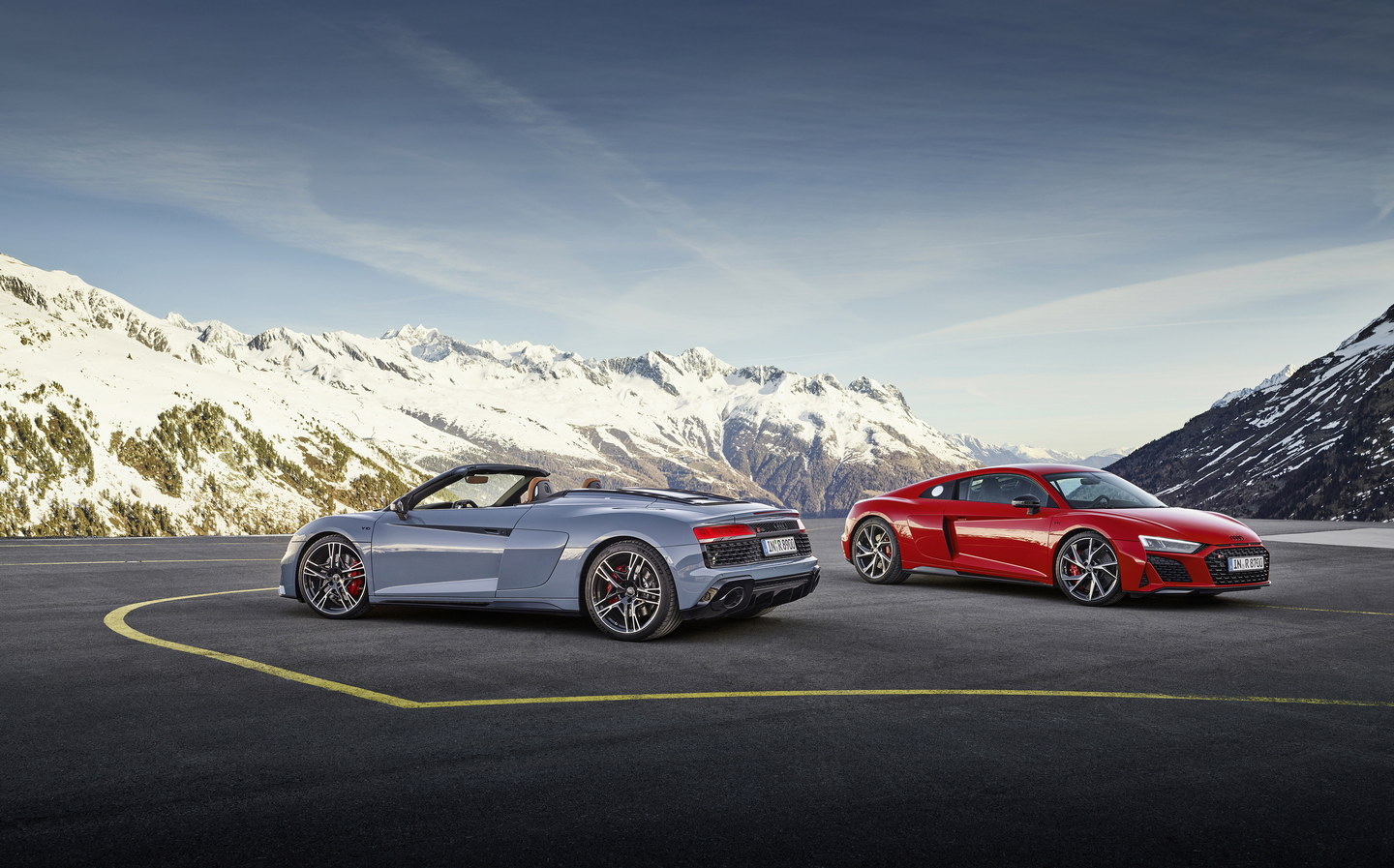 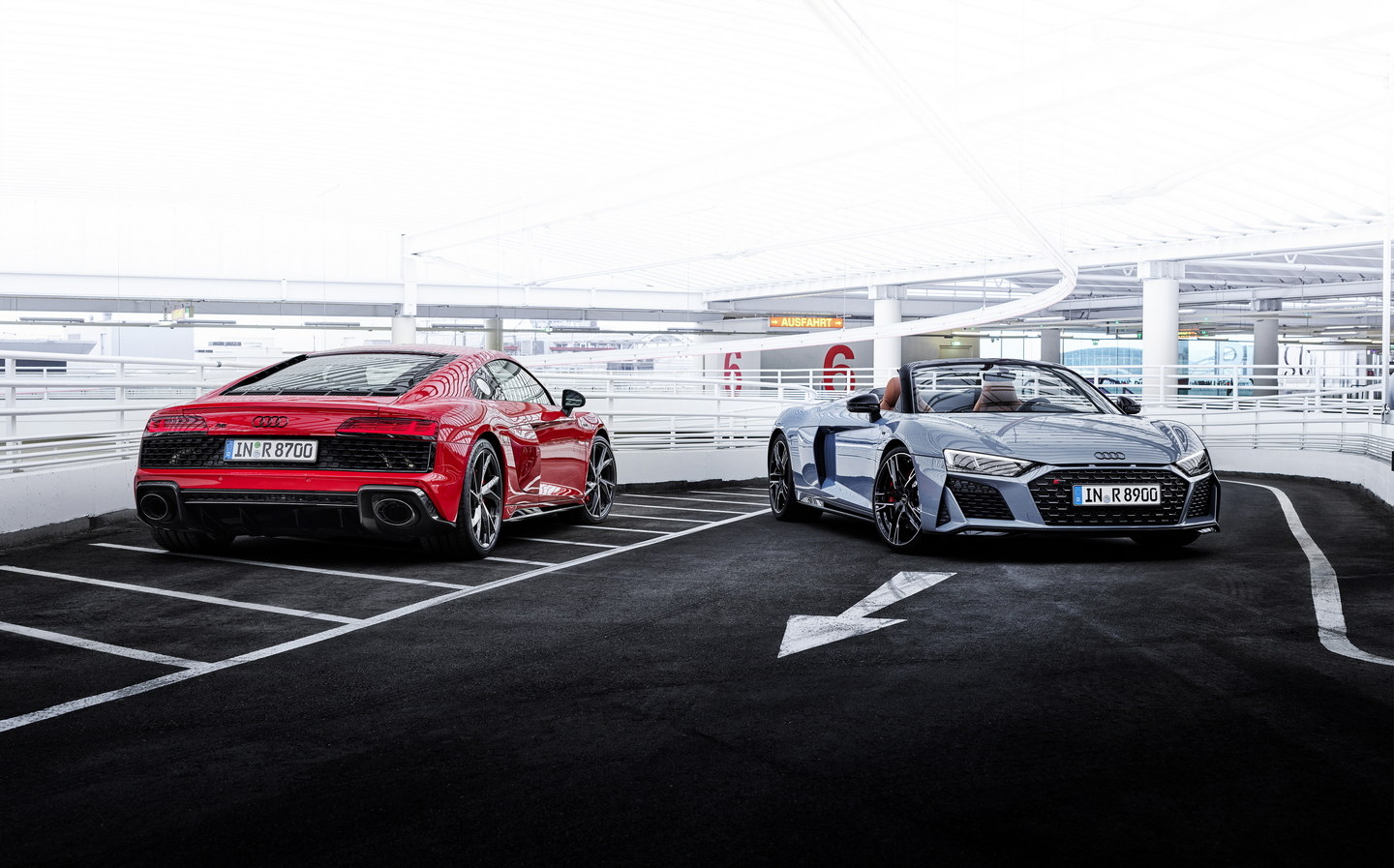 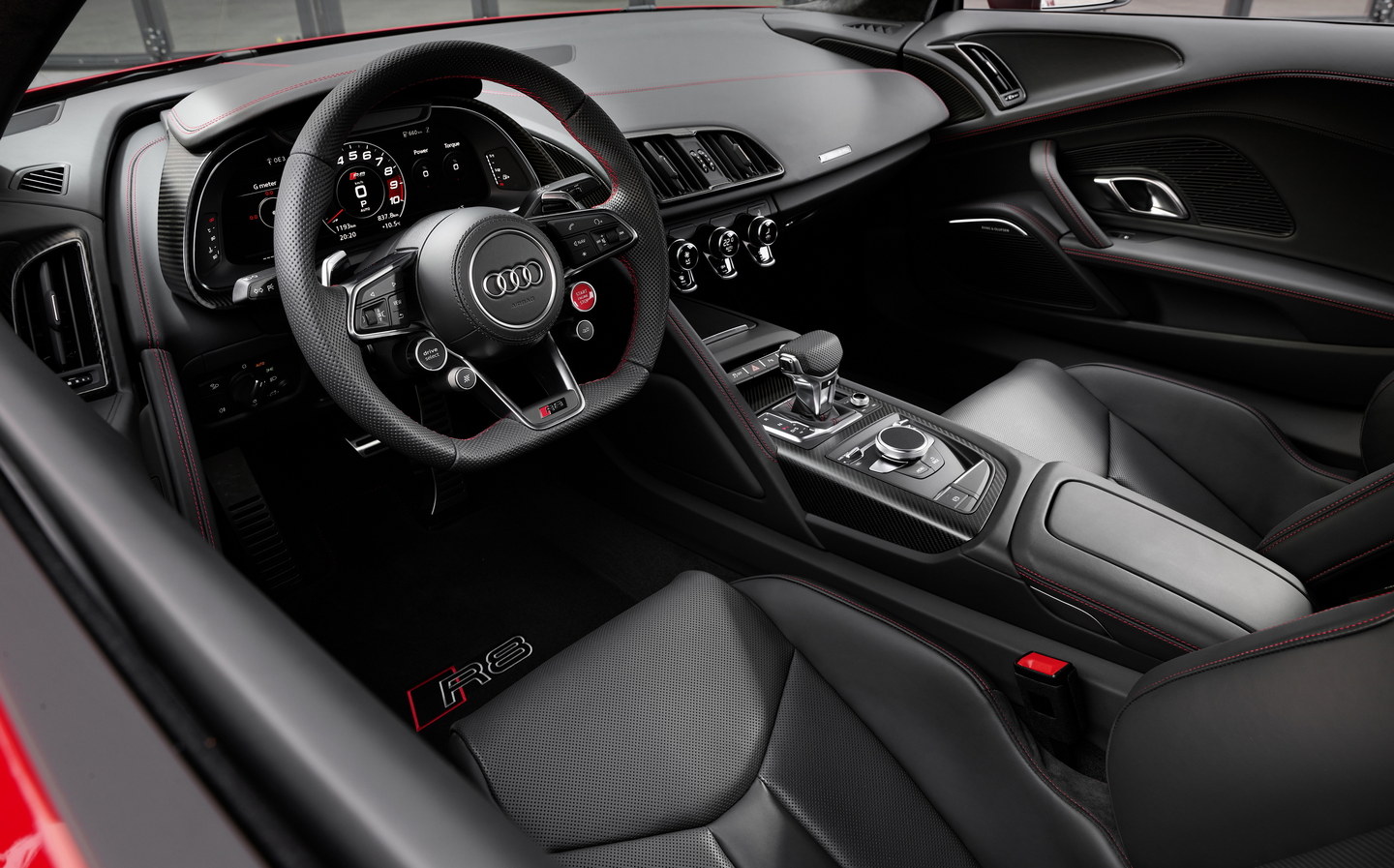 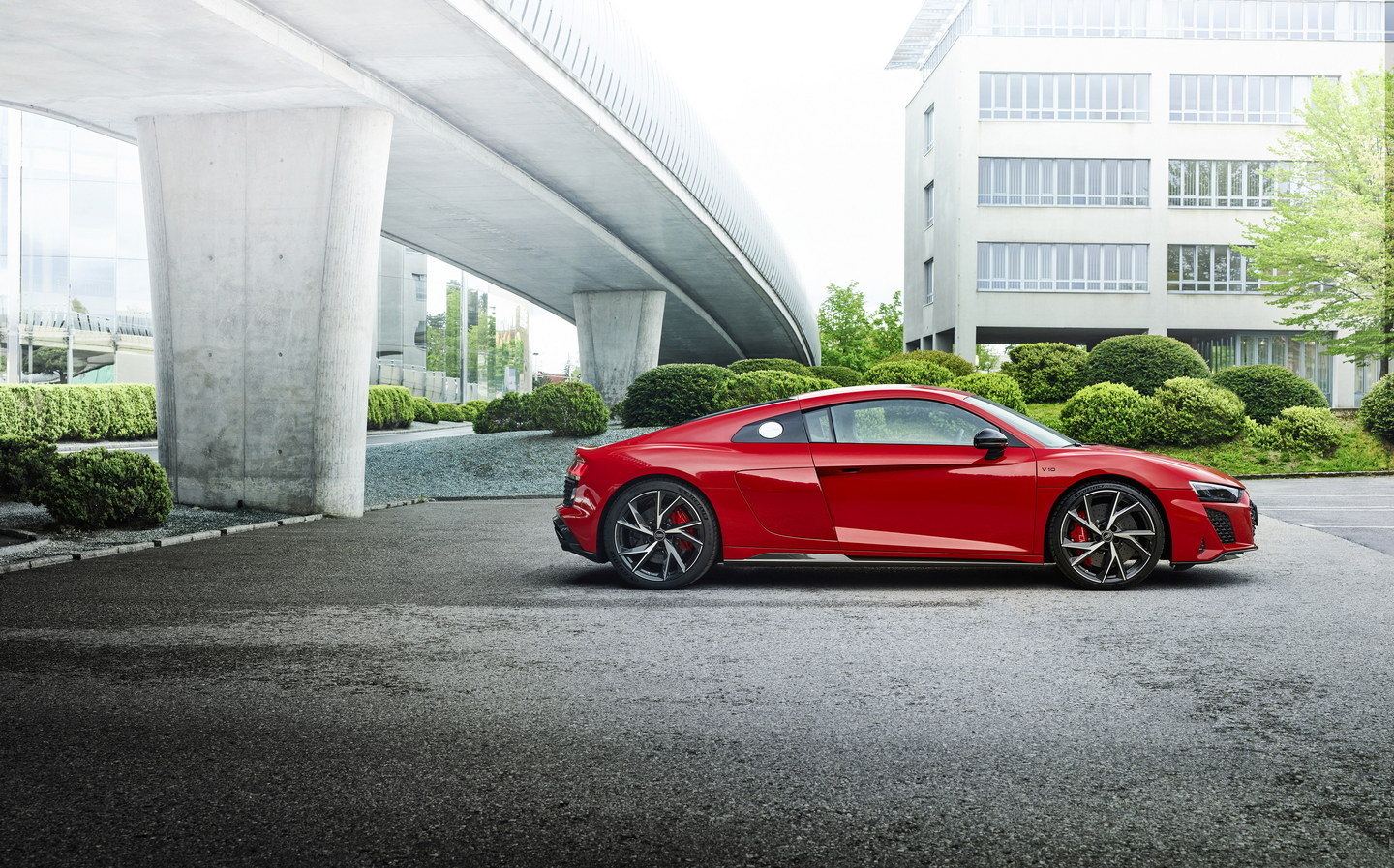 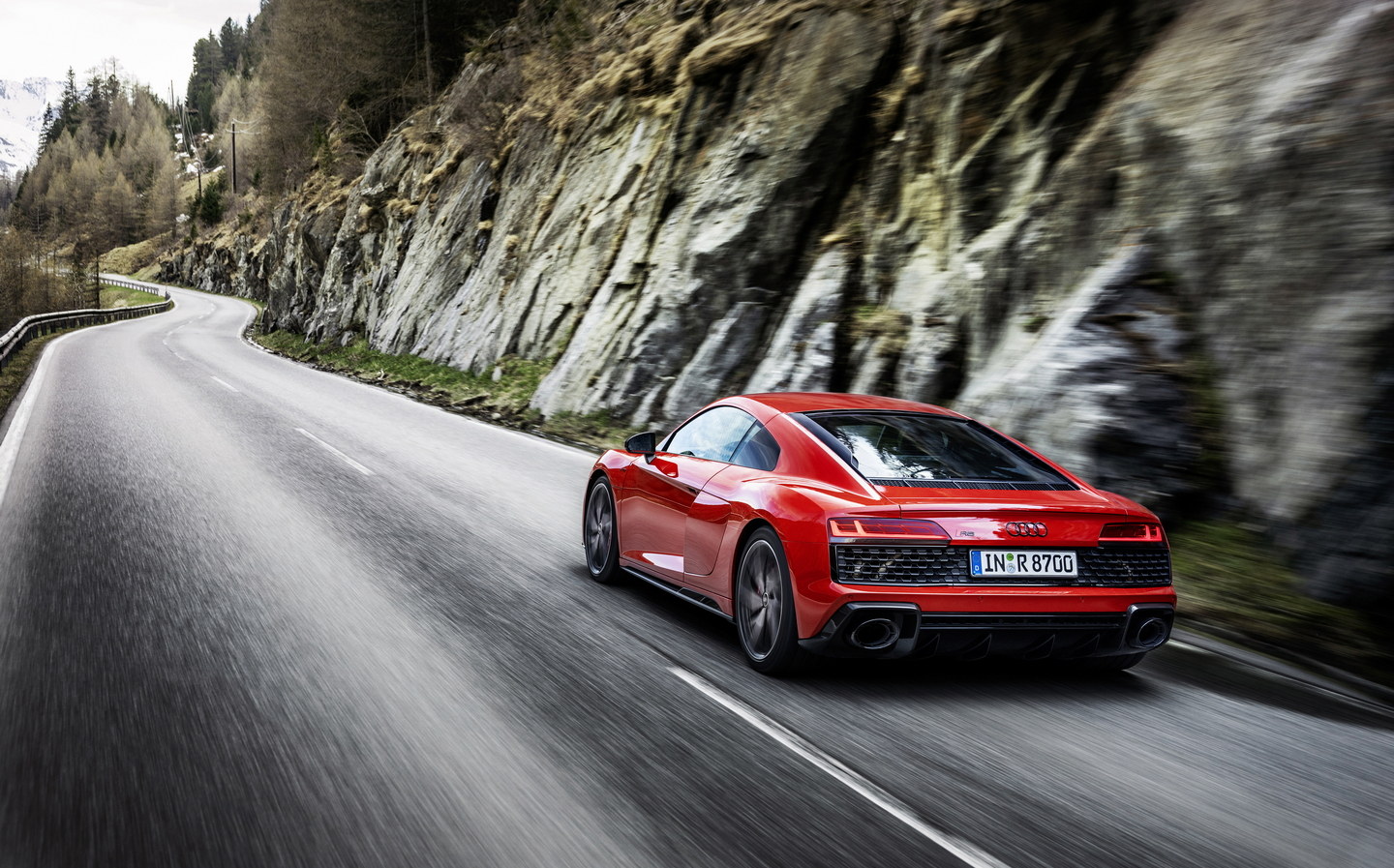 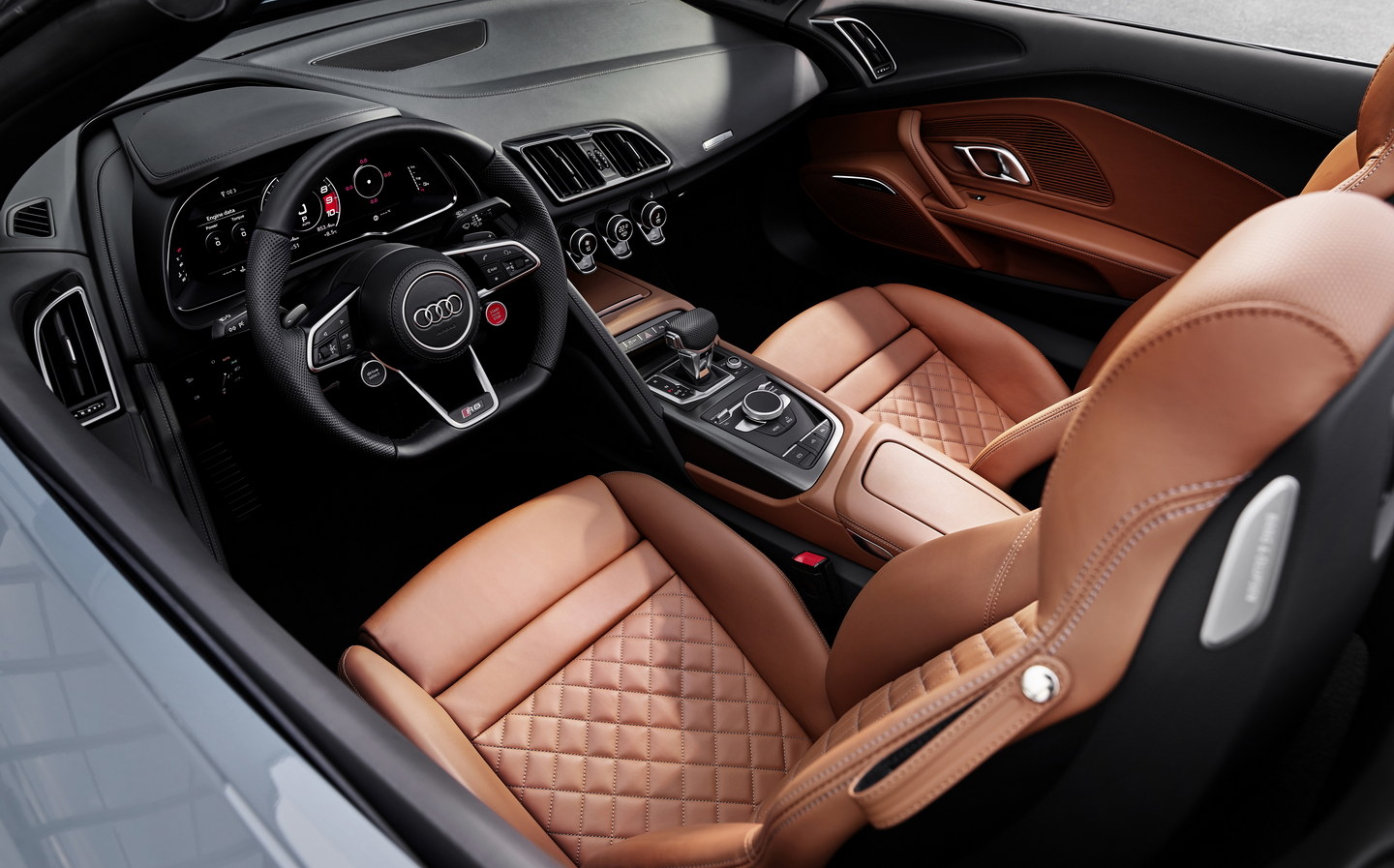 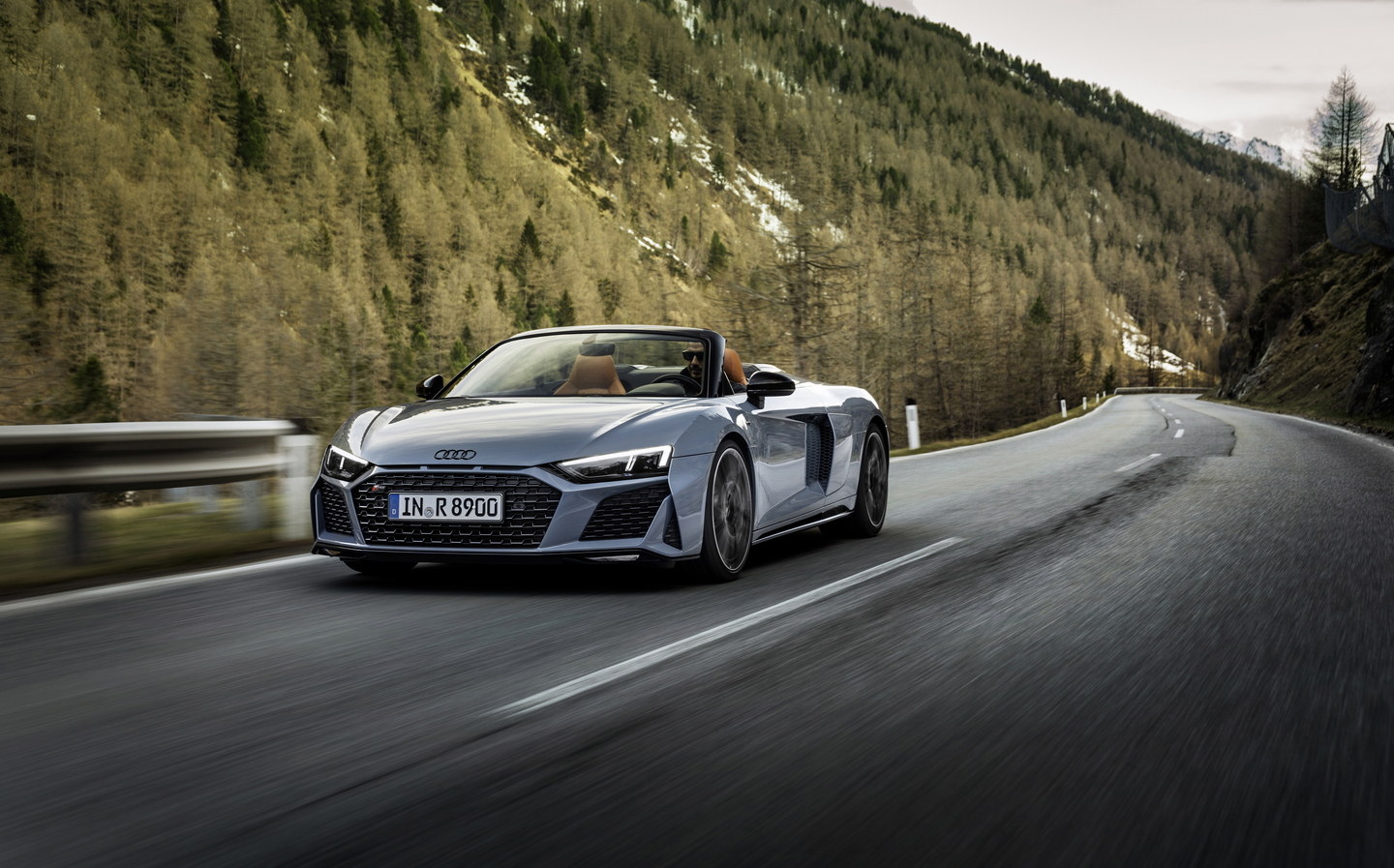 That leaves just two R8 models — the Performance RWD with its coupé and convertible Spyder variants, and the more expensive 612bhp Performance quattro, also available in coupé and cabriolet forms.

Visually, the newest R8 gets many of the same styling elements as the rest of its Performance-badged siblings. The front grille is finished in matte black, the front splitter is larger and oversized oval tailpipes adorn the rear.

Buyers in the UK will have a choice of ten colours and twin-spoke 19in wheels come as standard — 20in wheels are available as an option.

Power is sent to the rear wheels via a seven-speed dual-clutch automatic gearbox and a mechanical limited-slip differential to deliver a 0-62mph sprint time of 3.7 seconds and a top speed of 204mph in the coupé.

Performance figures for the Spyder are only very marginally slower at 3.8 seconds and 203mph, respectively.

Audi quotes a 21.9mpg fuel economy figure for both the coupé and Spyder versions of the Performance RWD, which is roughly the same as their quattro equivalents despite the lack of front driveshafts.

For the first time in the Audi R8 RWD, it will be offered with Audi’s Dynamic Steering feature, a variable ratio system that alters how responsive the steering is to inputs depending on driving conditions.

Audi says that activating the Sport ESC (Electronic Stabilisation Control) mode will permit the car’s suspension and traction control systems to deliver a small amount of slippage before reining things in, which means that, according to the company, controlled drifts are possible.

Orders for the new model will open on October 21.