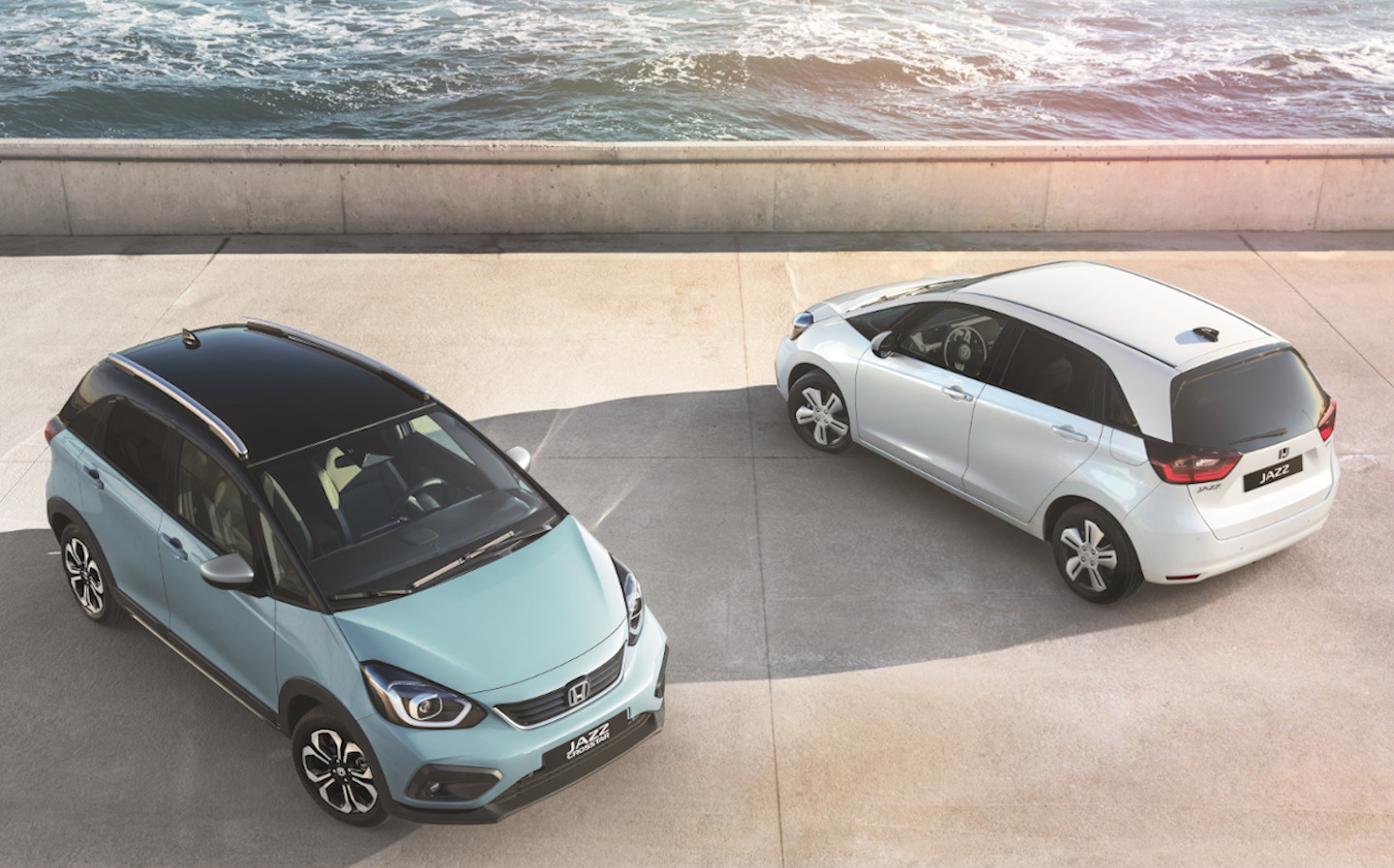 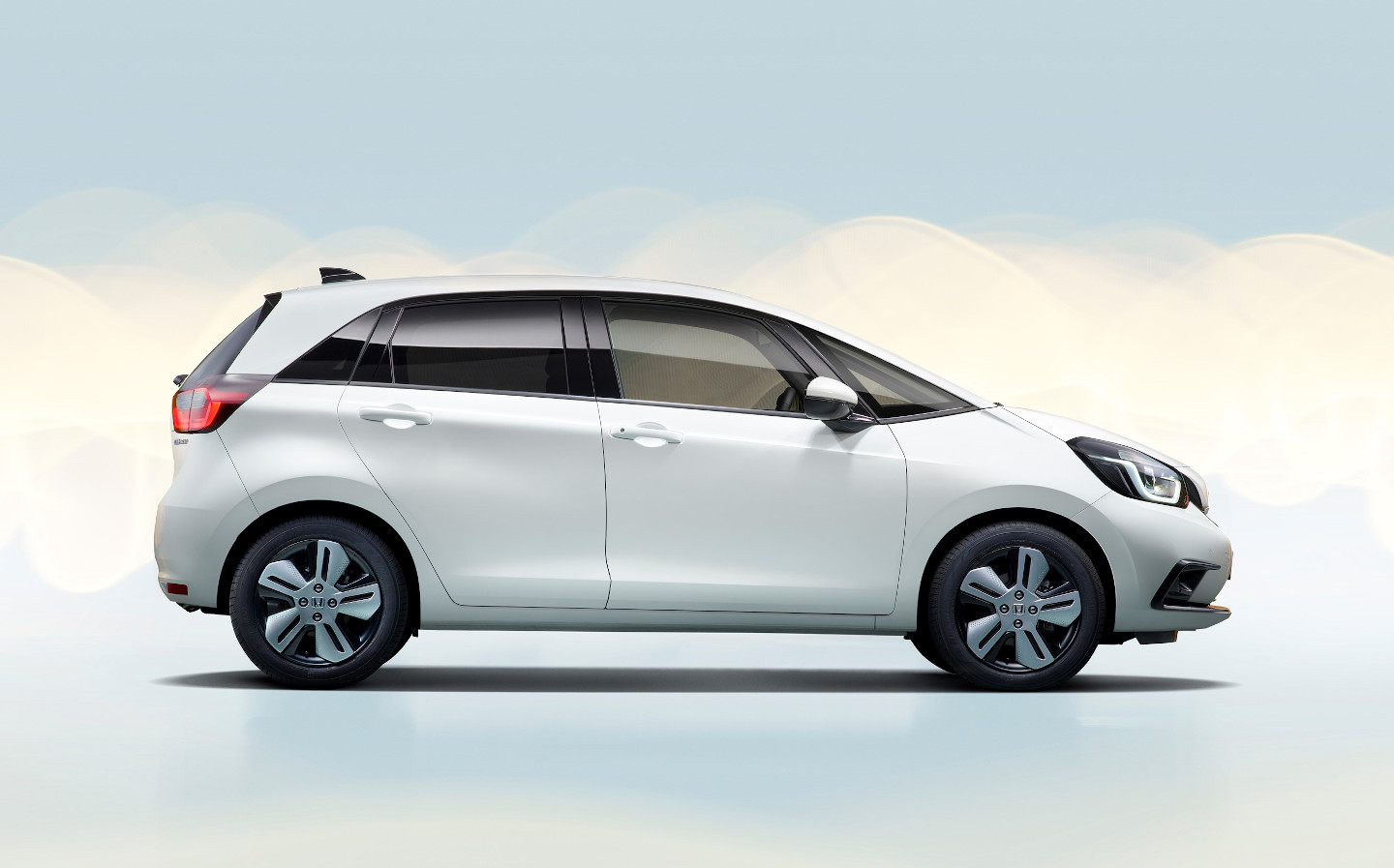 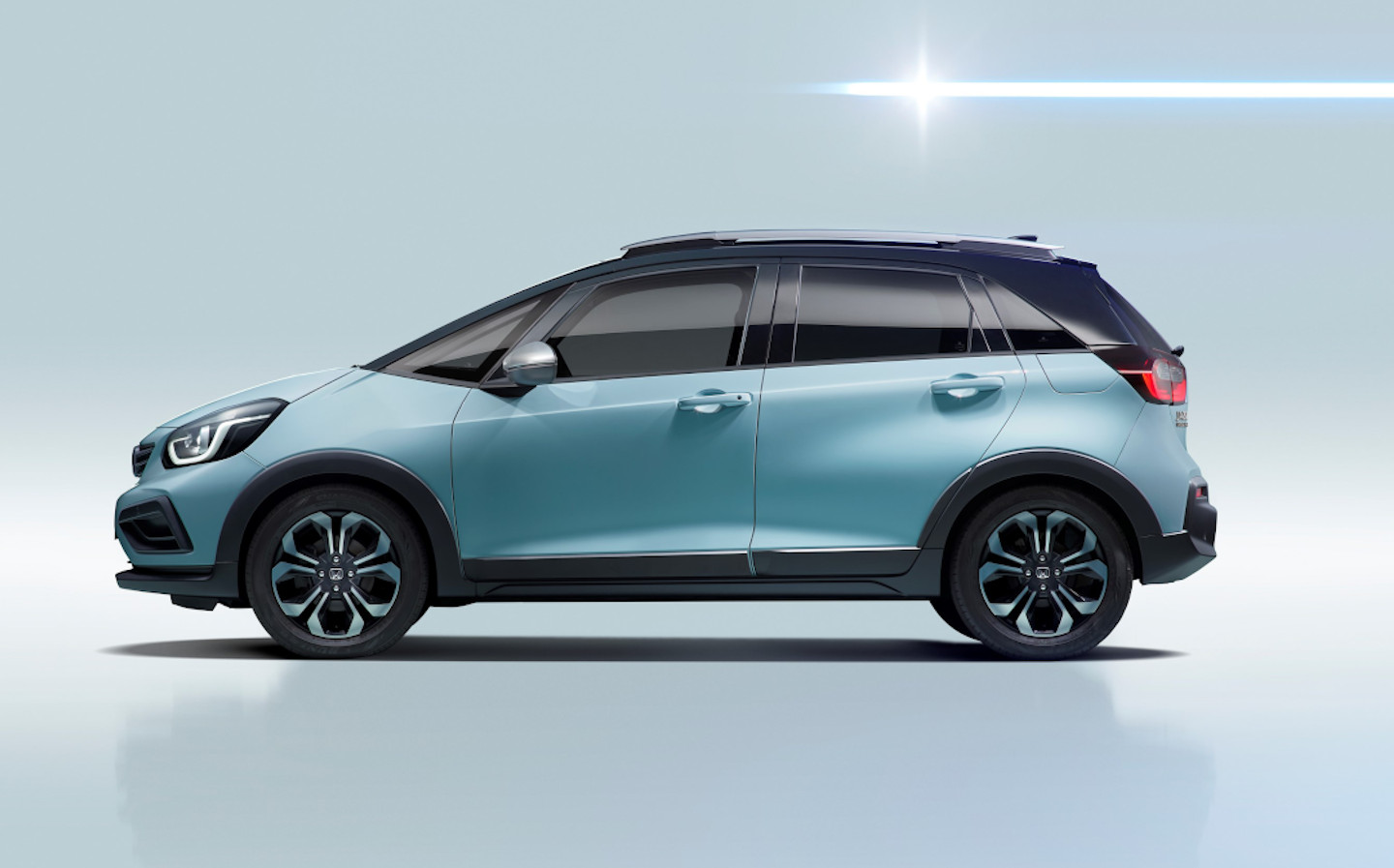 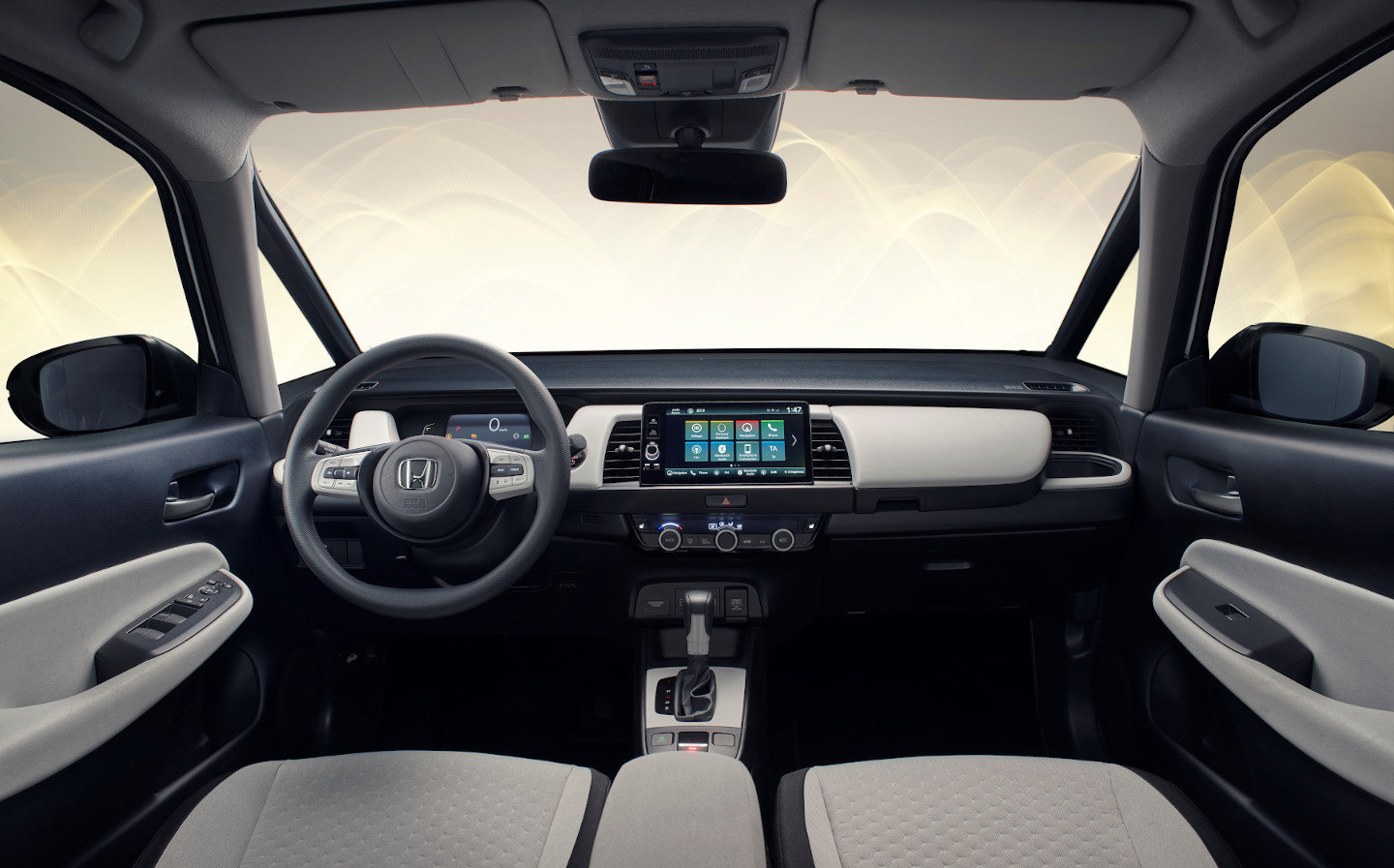 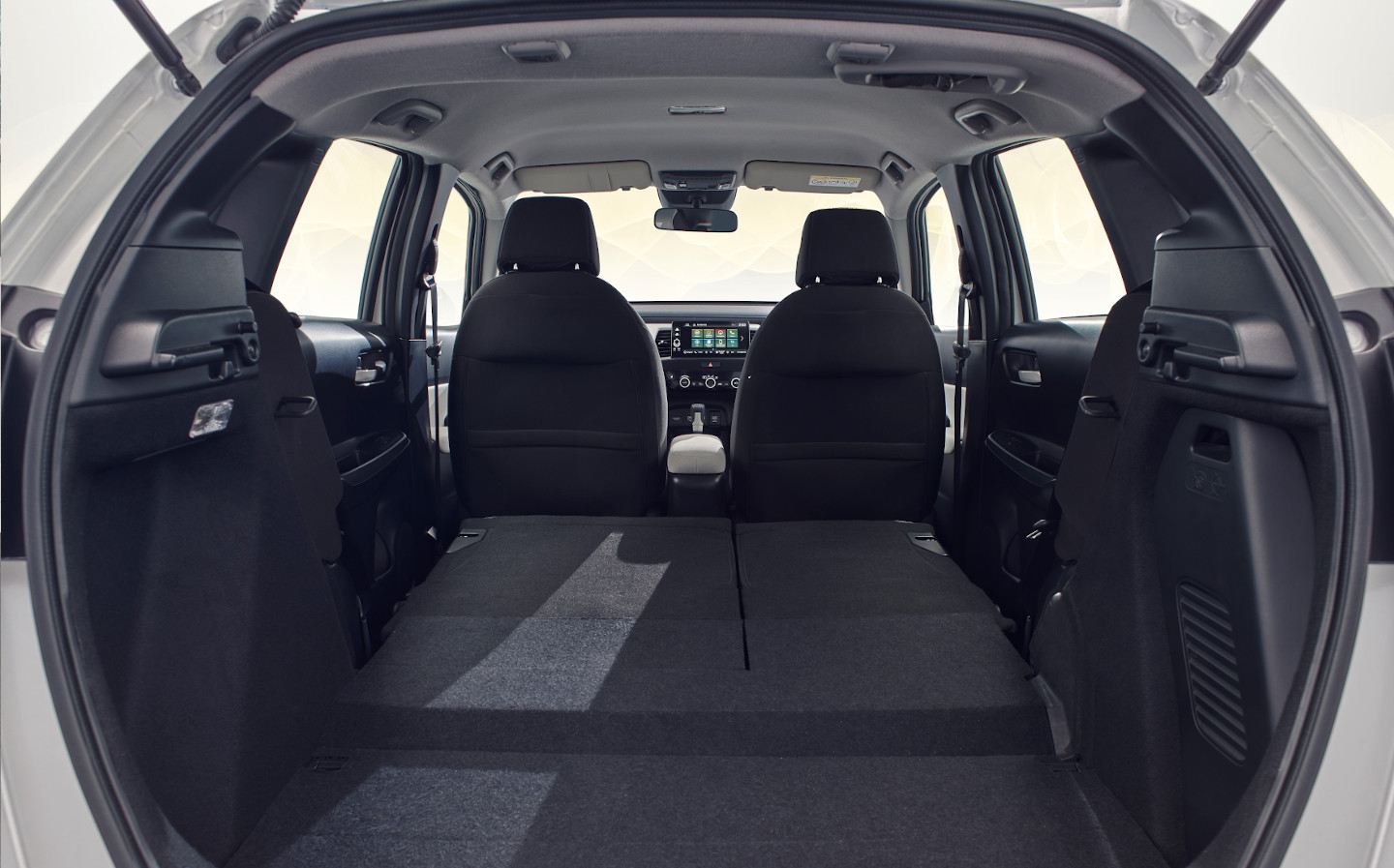 WE NOW have all the details about the new generation of the Honda Jazz, the Japanese company’s spacious rival to the Ford Fiesta and the VW Polo, which was scheduled to release in the second quarter of this year.

One of the main hangups about the Honda Jazz in the past was that it wasn’t very… jazzy. Although spacious in comparison with its competitors, and especially practical thanks to its “magic” rear seats, the Jazz only started knocking on the door of aesthetically-pleasing with the more angular third generation model, released in 2015. The car’s levels of comfort and easiness to drive have always made it popular, though, especially with older drivers.

The fourth generation of the family friendly supermini has been redesigned from the ground up, with hybrid engines and improvements all round, according to Honda. There’s also a more rugged “Crosstar” variant this time around, for the first time.

What engines does the 2020 Honda Jazz come with? 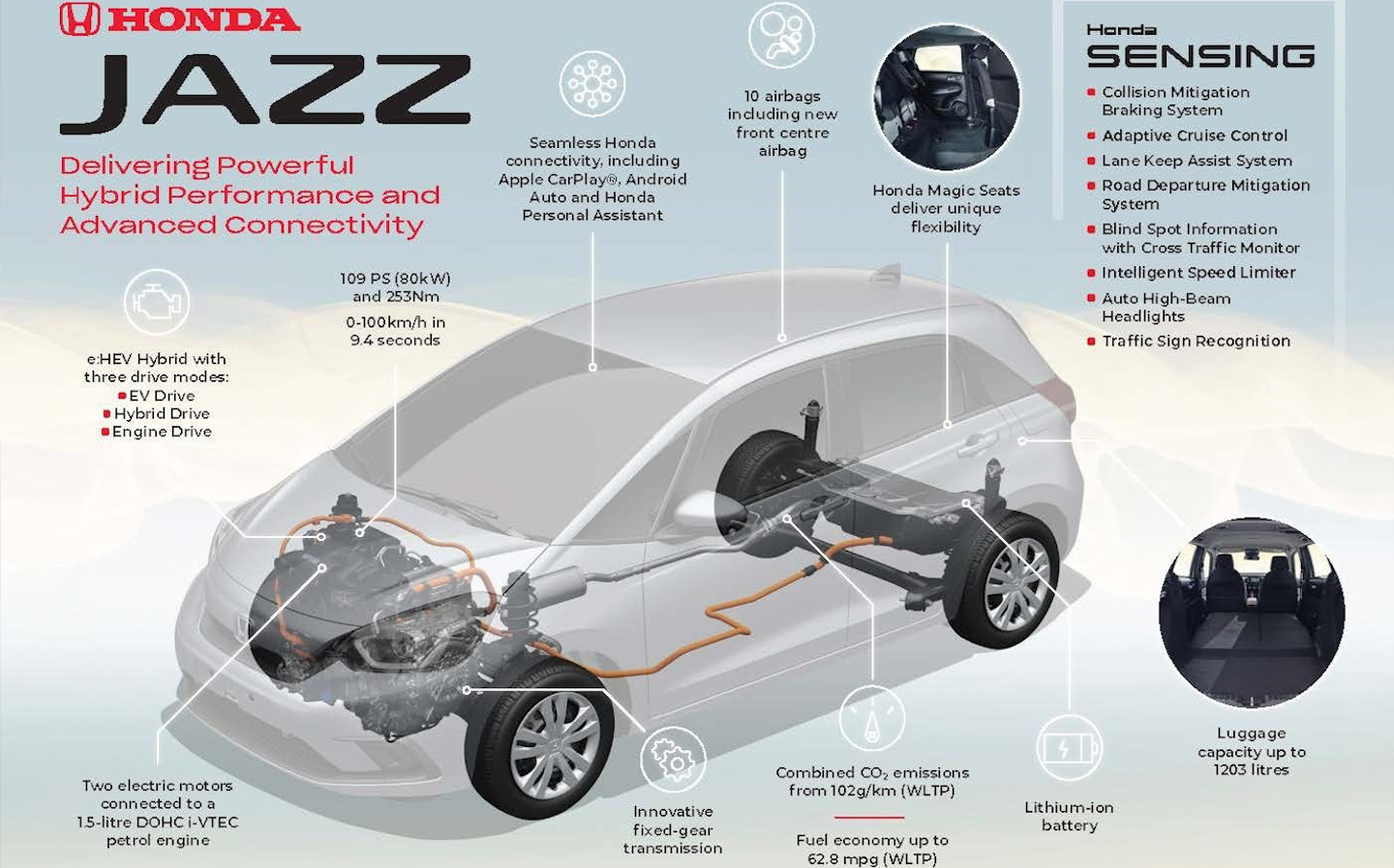 A new two-motor hybrid powertrain comes as standard in the new Jazz, badged as “e:HEV”. In fact, the Jazz is now only available as a hybrid. Alongside the Honda E pure-electric city car, it’s the first of six new electrified launches by Honda, which says all its mainstream models will be either electric or hybrid by 2022. The next should be the Civic in 2021.

The “self-charging” (it can’t be plugged in to an electrical socket) e:HEV system comprises two electric motors working in concert with a 1.5-litre petrol engine, a small lithium ion battery, a fixed-gear transmission and “intelligent power control unit”. According to Honda, “These advanced technologies work harmoniously together to provide a highly efficient, smooth and direct response.”

Three modes are available: electric-only power (for very short distances), petrol-electric hybrid, and petrol-only power. The system interchanges automatically between the EV (electric vehicle) and hybrid modes in order to give you optimal efficiency. A generator mode also uses any excess power from the petrol engine to charge the battery. EV drive is engaged when the car decelerates, in order to gain power from regenerative braking.

The electric motors and petrol engine give a total output of 108bhp. Its 0-62mph time of 9.4 seconds is not exactly quick but it’s reasonable for a family supermini, though gunning for max acceleration will probably make it a bit tricky to achieve the Jazz’s purported 62.8mpg (WLTP) fuel economy (which drops to 58.9 on the Crosstar variant – see below.

Having said that, if you were looking for a car that’ll glue your head to the headrest, you probably weren’t looking at a Honda Jazz in the first place.

What is the Honda Jazz Crosstar?

With the high-riding crossover having become such a popular type of car, Honda has decided to release the more “rugged” Jazz Crosstar, which is a bit more SUV-esque in its look. It only comes in two-tone colour combinations, with one of the colours being it’s gloss-black roof. Other aesthetic differences include specific alloys that widen towards the rim. It also has a more aggressive front grille and “stylish side sills”.

How has the Honda Jazz exterior design changed for 2020?

The new Jazz has been restyled, with smooth contours that look decidedly more modern than its predecessor. However, the Jazz’s selling point — its spaciousness — means that you’re never going to get the same athletic look that you will in some of the Jazz’s competitors.

That means that the Jazz’s characteristic tallness remains, but the long lines running down the sides of the vehicle make an effort to even out the proportions. It might not look fast but it does look practical.

By default, the Jazz comes in Crystal Black, but for an extra £550 you can choose from from four other colours, including the all new “surf blue.” If you’re willing to stretch to £650, you can choose from the two Premium+ options, Premium Crystal Red and Premium Sunlight white.

The interior of this ostensibly compact car is amazingly spacious when compared with some of its hybrid rivals. While the Jazz’s boot capacity of 298 litres can’t compete with the petrol versions of the new Vauxhall Corsa (309 litres), Peugeot 208 (311 litres), Hyundai i20 (326 litres), Seat Ibiza (355 litres) and new Renault Clio (391 litres), it’s pretty good considering the Honda has packed in a hybrid powertrain, to give the edge on economy and emissions.

The more comparable Toyota Yaris Hybrid has 286 litres with the rear seats up, and just 786 with them folded, whereas the Jazz Hybrid can store up to 1,203 litres of cargo.

Space has also been created by making things like the engine intake system and the power control unit smaller, meaning parts of the hybrid setup have been able to fit into the engine bay, and placing the fuel tank beneath the front seats. Safe to say, the Jazz hasn’t lost its most appealing feature.

Honda has used the space to house wider front seats, and rear passengers will be happier than before, as the backseat pads have been made thicker.

Like a cosmopolitan apartment, Honda has also worked to make the Jazz’s windows bigger. It has done this through narrower A-pillars (which support the windscreen). This has the dual benefit of making front and side visibility better, as well as letting in an abundance of natural light, making the interior seem even more spacious.

What tech does the 2020 Honda Jazz have?

The console of the Jazz is centred around a simple-to-use LCD touch screen, which Honda says has been designed with safety in mind. Compared to the last Jazz, the time it takes to perform tasks on the infotainment system has gone down by more than half, meaning that your eyes stay focused on the road. All the key functions like heating and ventilation are still done with physical knobs and buttons, in order to keep things simple.

Apple Carplay and Android Auto could be worse for reaction times than cannabis or alcohol, says study

The infotainment system is navigated with a “familiar smartphone-style usability”, making use of swipe controls that shouldn’t alienate technophobes. However, if you do want something more sophisticated, the Jazz comes with Android Auto and Apple CarPlay adaptability. WiFi Hotspot is also available.

Honda’s Alexa-style virtual assistant also appears in a Jazz for the first time. Drivers can say, “Okay, Honda” and instruct the virtual assistant to complete a variety of functions, such as change the radio station or cabin temperature.

Driving tech has also been upgraded. The Collision Mitigating Braking System has been upgraded to work better at night. New introductions on the Jazz include Adaptive Cruise Control and a Lane Keep Assist System, which both come as standard. A “Road Departure Mitigation System” also comes as standard. Further systems such as a Blind Spot Monitor are available on executive specs.

Prices start at £18,980 on-the-road for the SE grade. That rises to £20,180 for the mid-level SR grade, £21,380 for the top-spec EX, and £23,580 for the Crosstar version. Although it’s still fairly unique to have a hybrid powertrain as standard, and the interior’s space can make it feel like a bigger car, the Jazz is at the more expensive end of the spectrum for a small hatchback.

As a supermini, the Honda Jazz has its fair share of rivals. It competes in the same market as models like the Ford Fiesta (the UK’s best-selling car), Renault Clio, Peugeot 208, Vauxhall Corsa, Seat Ibiza, Skoda Fabia and VW Polo. The Fiesta’s prices start at £16,140 for the entry level Trend model, which isn’t far off £3k cheaper than the Jazz. Prices for the Skoda Fabia start at £12,645, which is over £6k cheaper.

Retail orders are open and deliveries were to be expected in the second quarter of this year. However, Honda has been forced by the continuing Cvid-19 pandemic to close its factories, so the arrival date of the new Jazz is likely to have been affected.

Getting down and dirty with Ssangyong: can its Musso and Rexton 4x4s really cope off-road?