IT MAY still be in the prototype stage, but this retro pure-electric city car will be on display in a Honda showroom near you by the end of 2019. 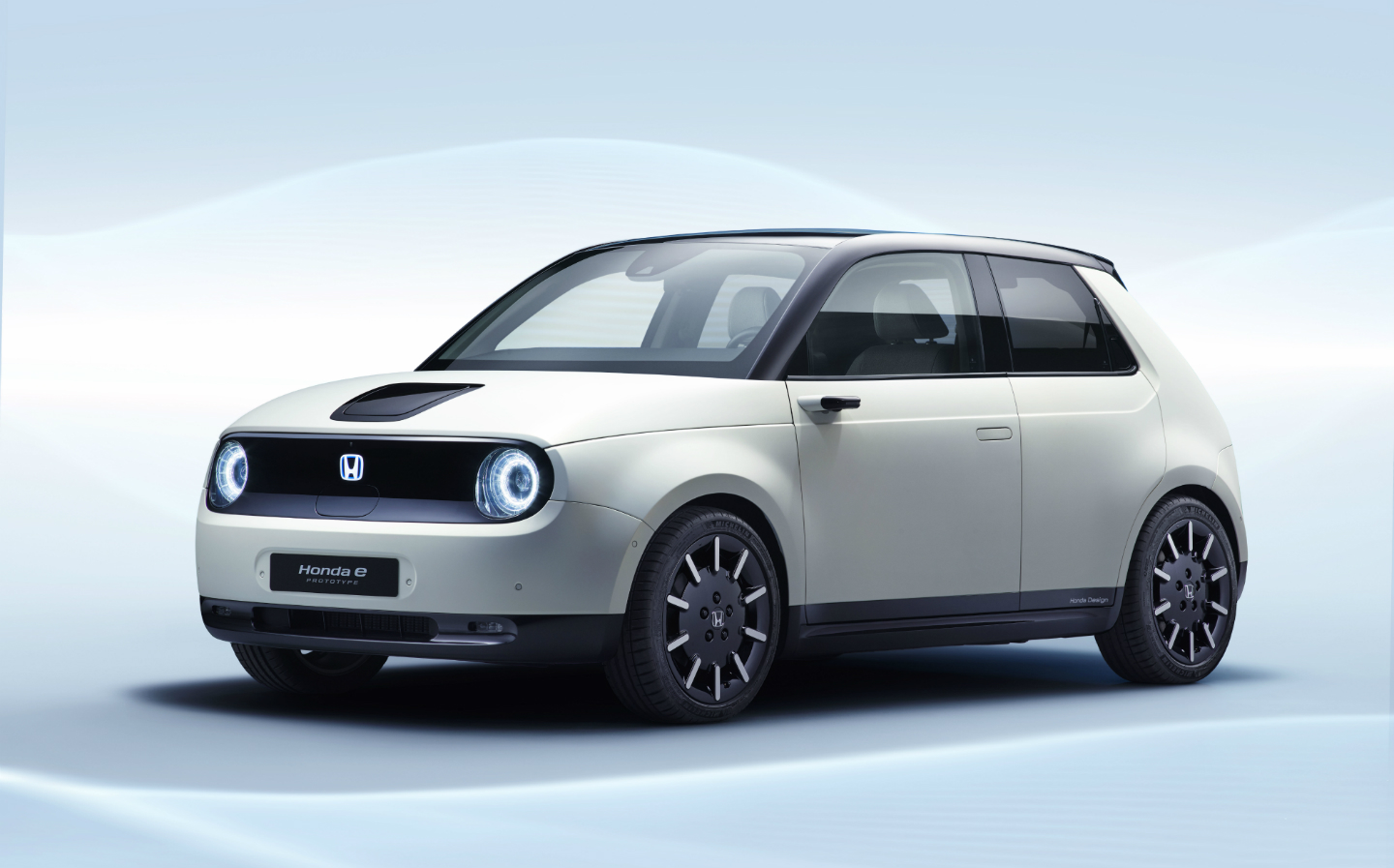 What is the Honda e Prototype?

Spurred on by the rapturous reception given to its Urban EV concept (below) at the 2017 Frankfurt Motor Show, Honda has confirmed a small electric car based on it will be put into production. The e Prototype you see here is an early look at what to expect from the finished article, due later this year. 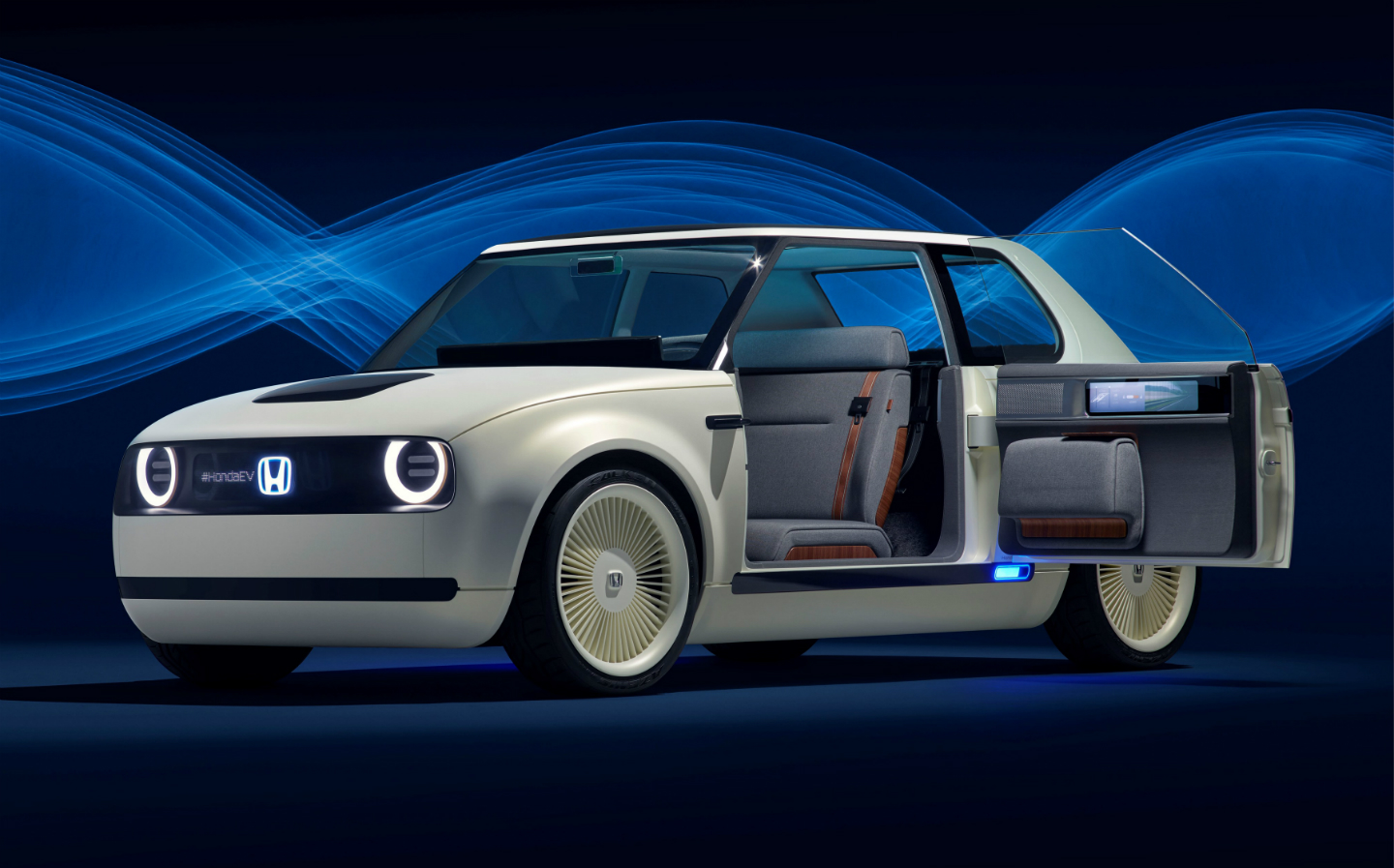 The design may be inspired by classic models from Honda’s past (and have a bit of the Mk 1 VE Golf about it) but the e Prototype is all about looking forward, not back, as it ushers in a new era for the Japanese car maker: this will be its first pure-electric production car.

Honda reckons the e Prototype will strike a chord with drivers in towns and cities, as the car maker claims the e Prototype “delivers a blend of efficiency, performance and usability that is perfect for urban environments”.

How quick is the Honda e Prototype?

Honda isn’t quoting performance figures for the e Prototype yet but the little hatchback might be a pure-electric pocket rocket. According to the car maker, the e Prototype is propelled by a “powerful” electric motor, which will endow the runabout with “next-generation small car performance”.

How far can the Honda e Prototype go per charge?

Honda hasn’t gone for all-out range with its first pure-electric car. According to insiders, head honchos in Japan weren’t at all convinced this was the right way to go, given the success of the 300-mile plus efforts from the likes of Tesla, and a new raft of 200 mile-plus EVs from mid-market brands. However, the massively positive reaction to the Urban EV was enough to win over support for an electric city car, which, with limited space in which to fit a battery pack, was never going to impress on the miles-per-charge front.

With that in mind, what we’re being told is that the e Prototype can go “over 124 miles” on a single charge, which should prove easily enough for urban and suburban use, but won’t make for the best long-distance motoring.

Fortunately, it won’t take too long to recharge. Using a rapid charging point, 80% of the battery (the equivalent of roughly 100 miles of range) can be topped up in 30 minutes.

What tech will the Honda e Prototype have? 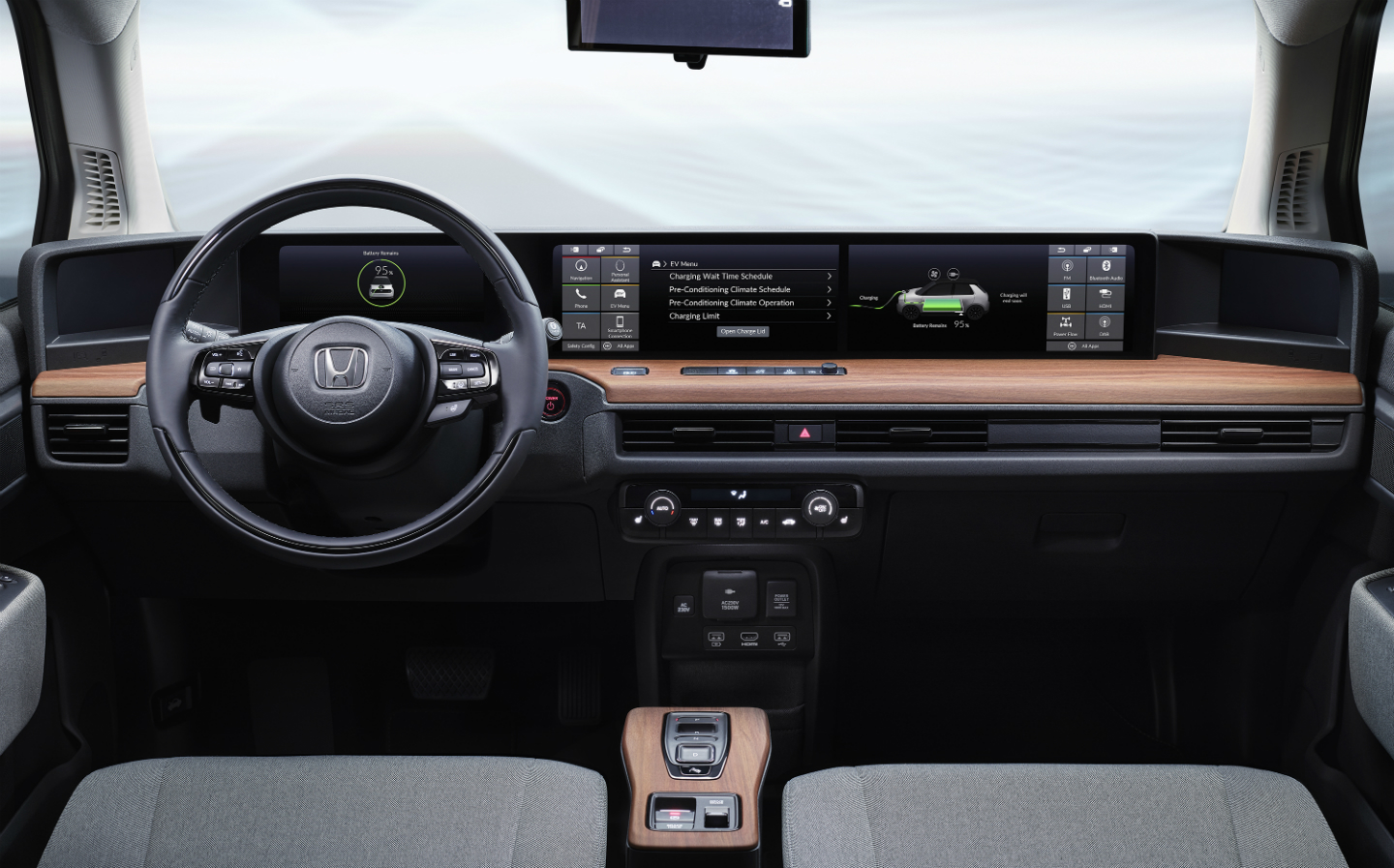 Arguably the tech highlight of the Honda e Prototype is its big dual-screen display that spans almost the entire length of the dashboard, and can be used to operate many of the car’s controls.

Bookending the pair of touchscreens are yet more digital displays that display video from wing mirror-replacing rear view cameras. Whether these make production is questionable.

If the e Prototype is representative of the final production spec, the pure-electric Honda should also be fairly well equipped. Features we can spot in the provided interior pic include in built-in navigation, a heated steering wheel, heated front seats, a lane keep assist and a 360-degrees multi-view camera system.

When will the Honda e Prototype go on sale?

Honda has confirmed it will start building a production-ready version of the e Prototype before the end of 2019. Order book will open some time after the car’s official unveiling at the Geneva Motor Show on March 5 and the first deliveries are expected to be made in early 2020 at the very latest. 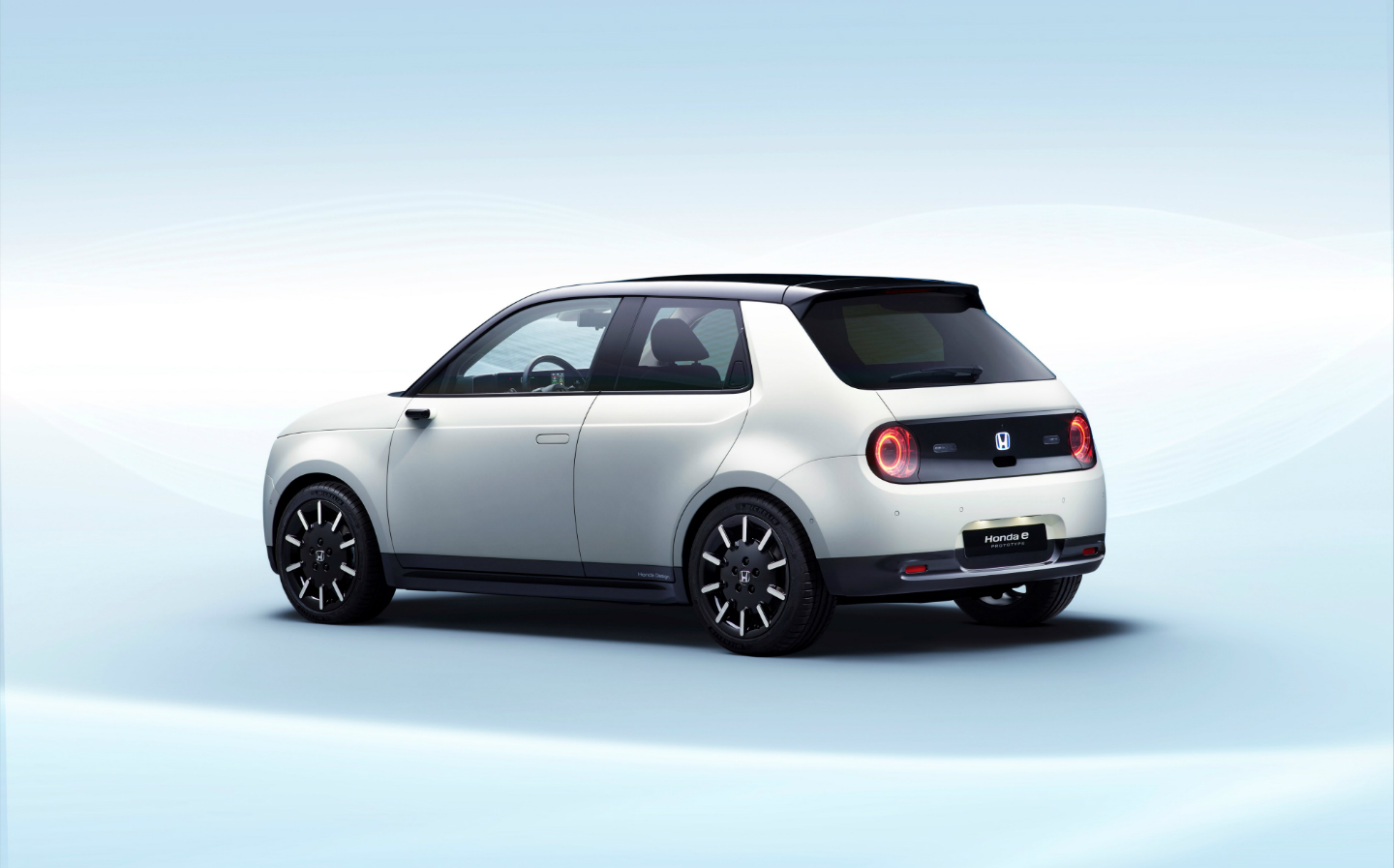 How much will the Honda e Prototype cost?

Prices for the production-ready Honda haven’t been confirmed, though it will likely cost about the same as similar cars such as the Renault Zoe. We expect the base price will be around the £20,000 mark, after you factor in the government’s current £3,500 Plug-In Car Grant.

What are the Honda e Prototype’s rivals?

When it goes on sale, the production-ready Honda e Prototype’s closest rivals will be the Renault Zoe and the upcoming Peugeot e-208. Larger alternatives include the Nissan Leaf, Hyundai Ioniq Electric and Volkswagen e-Golf.