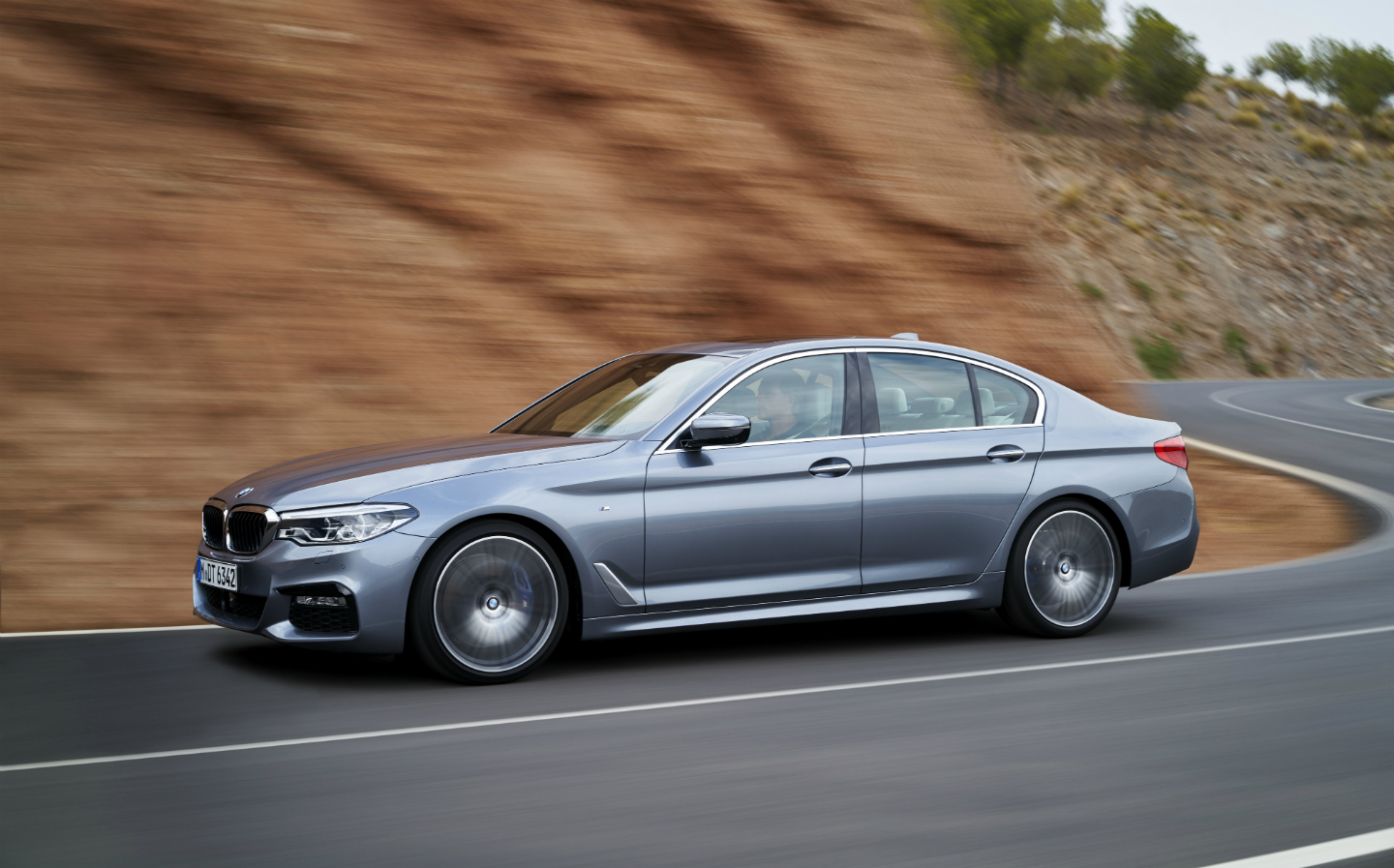 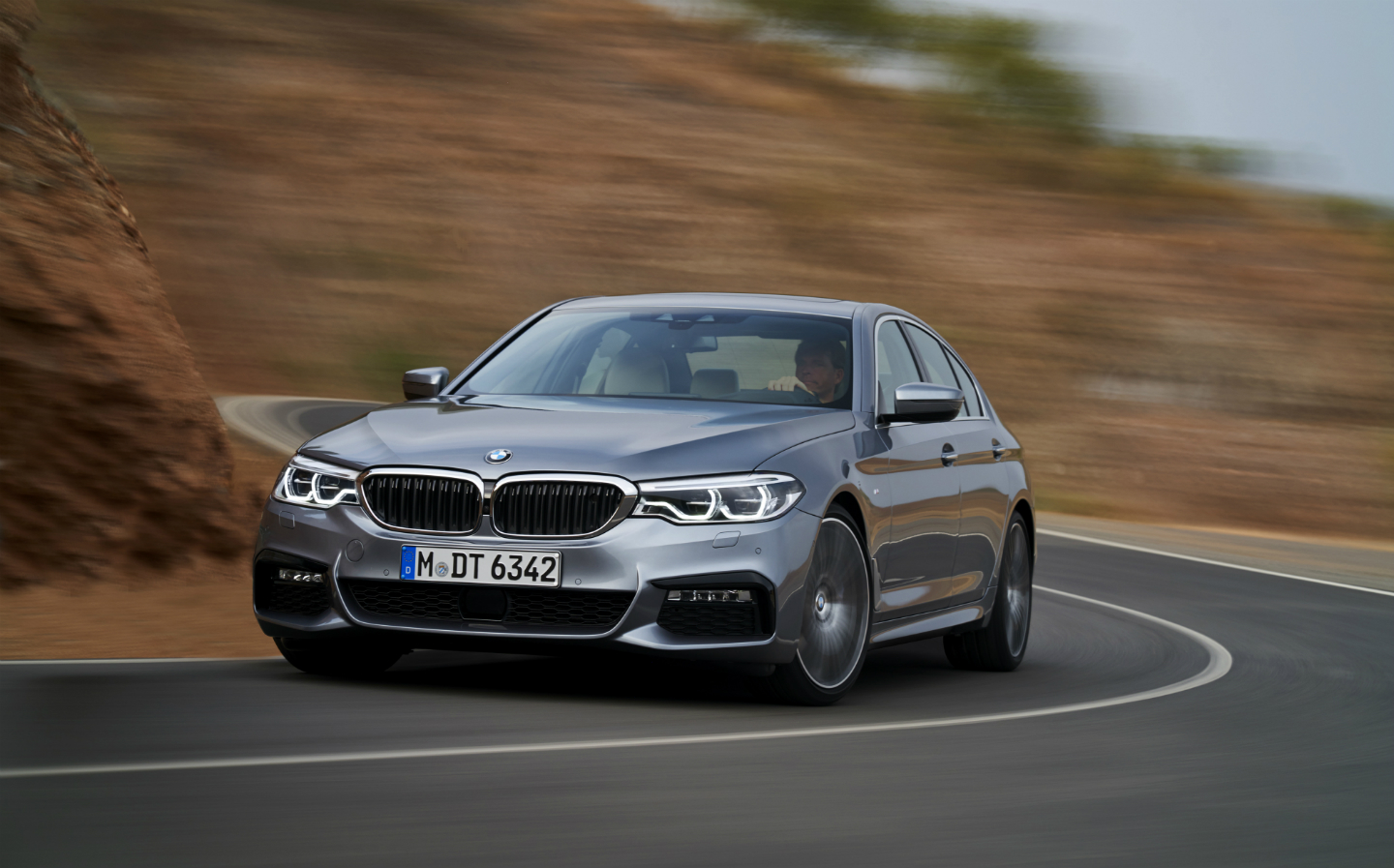 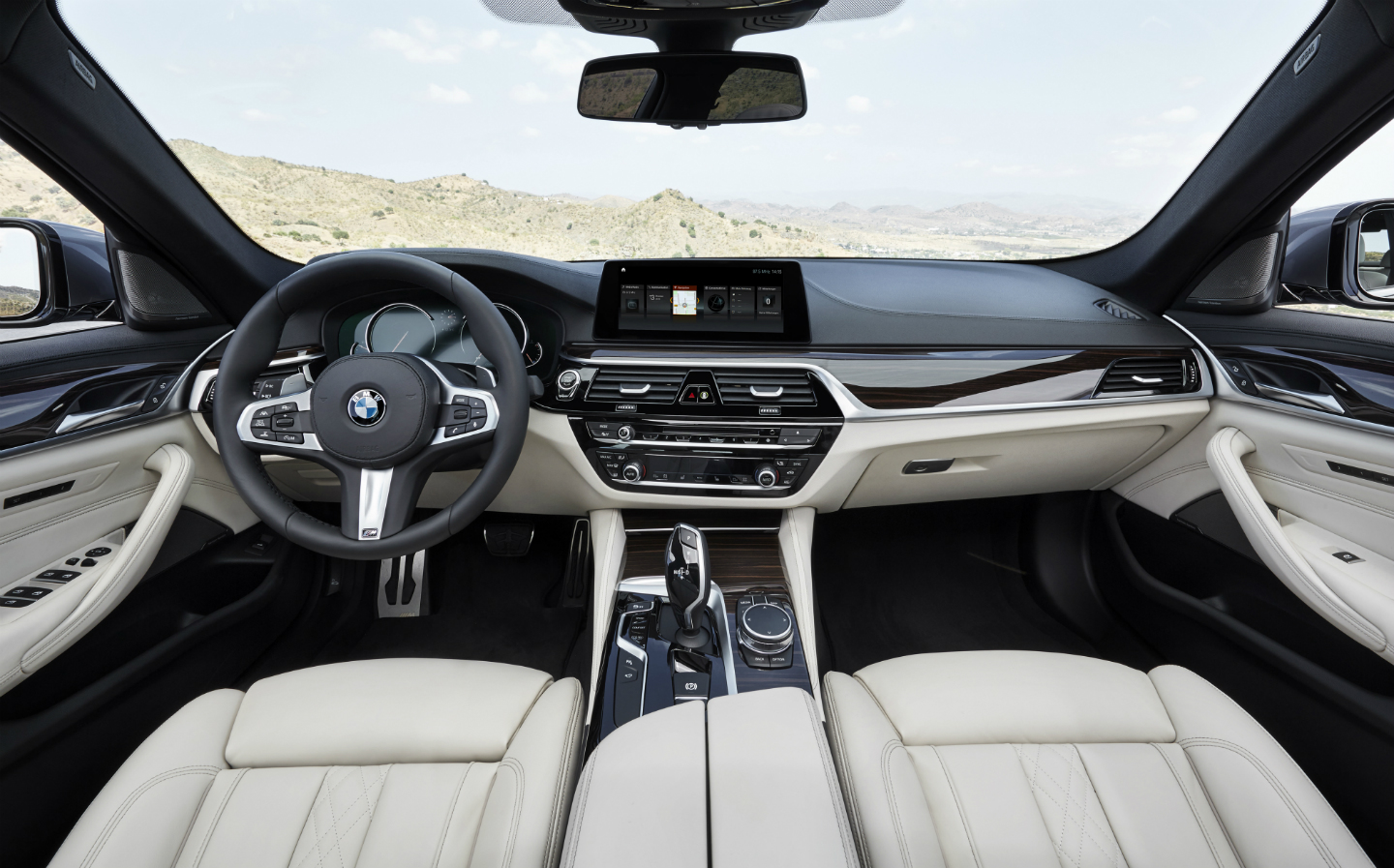 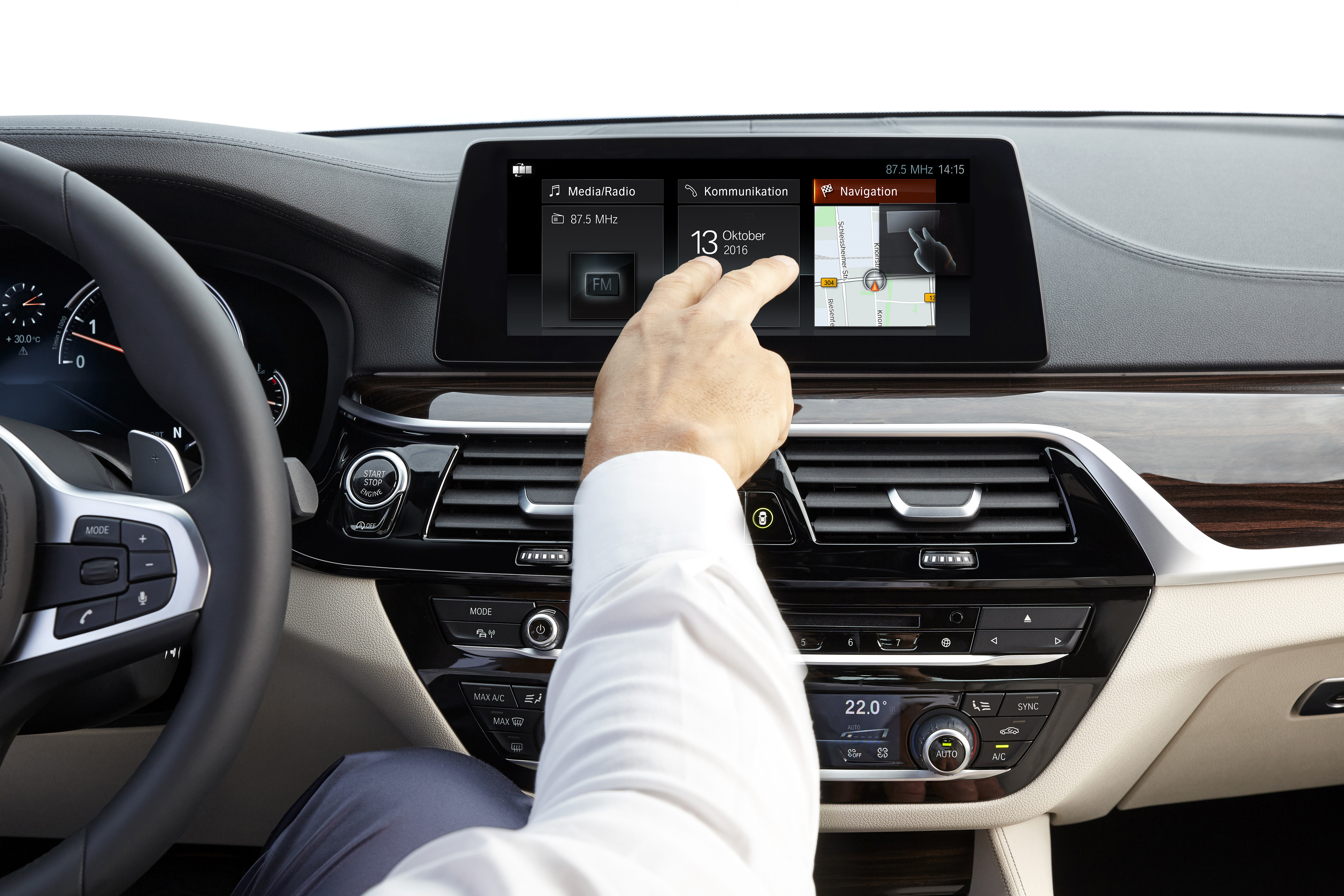 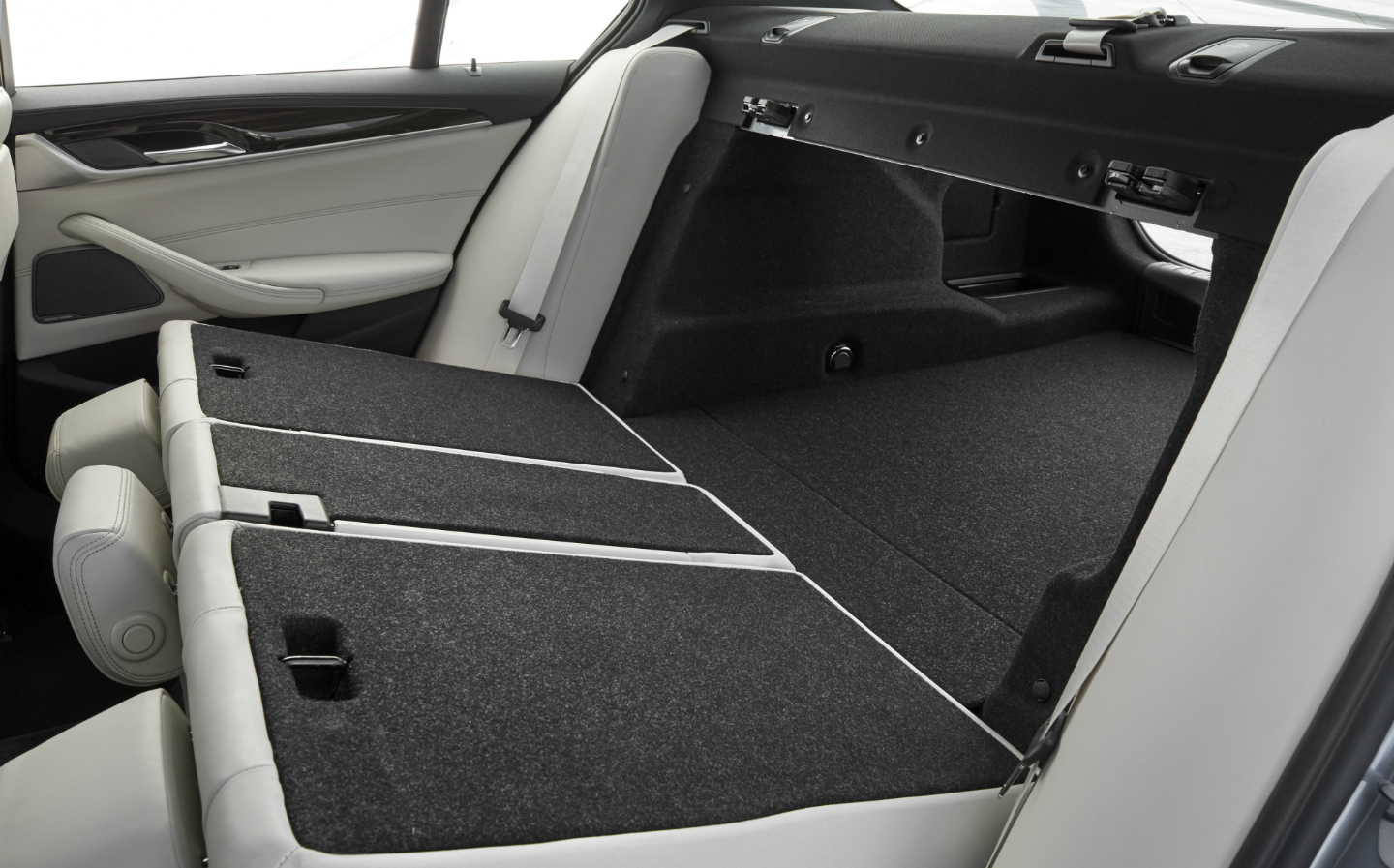 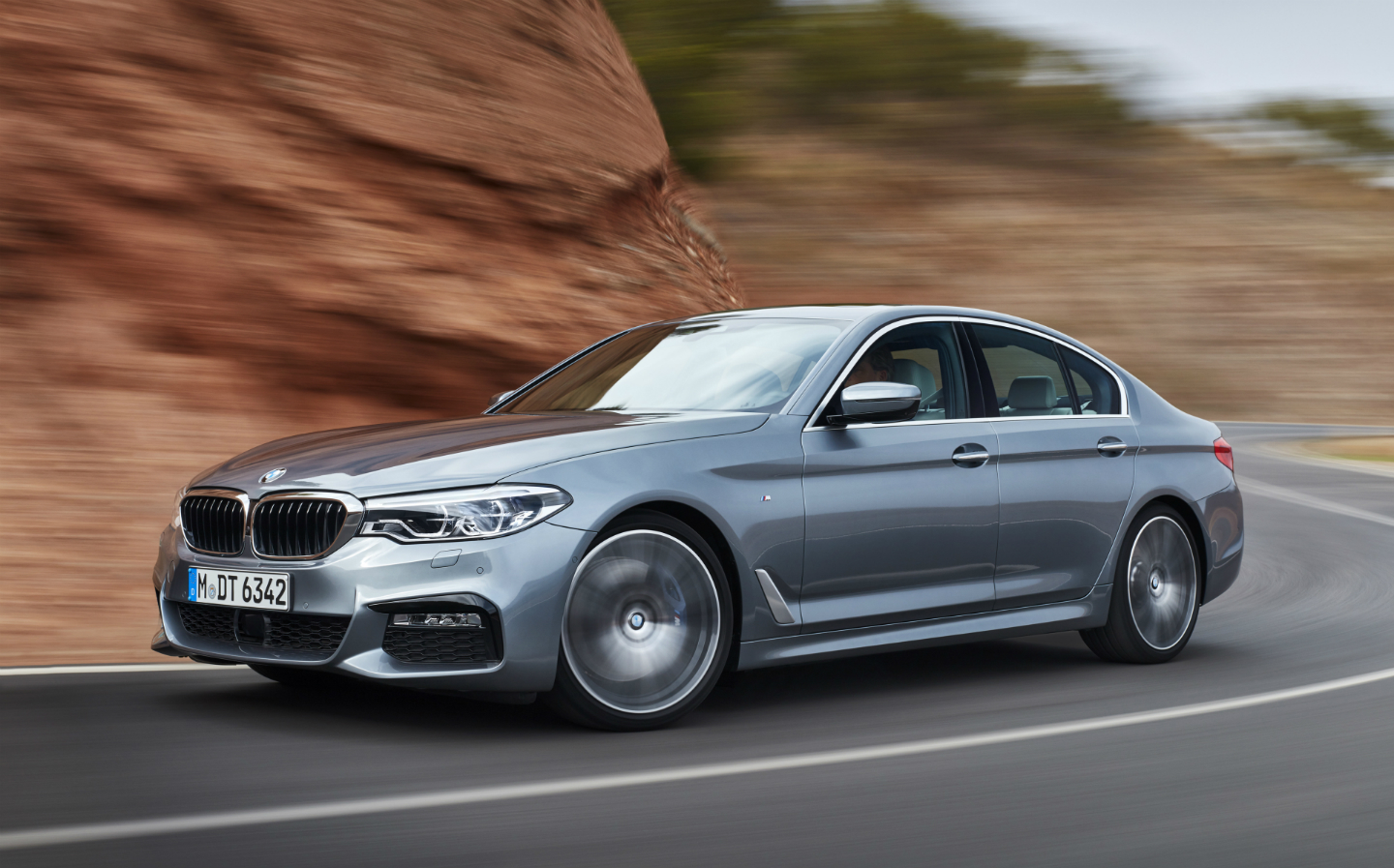 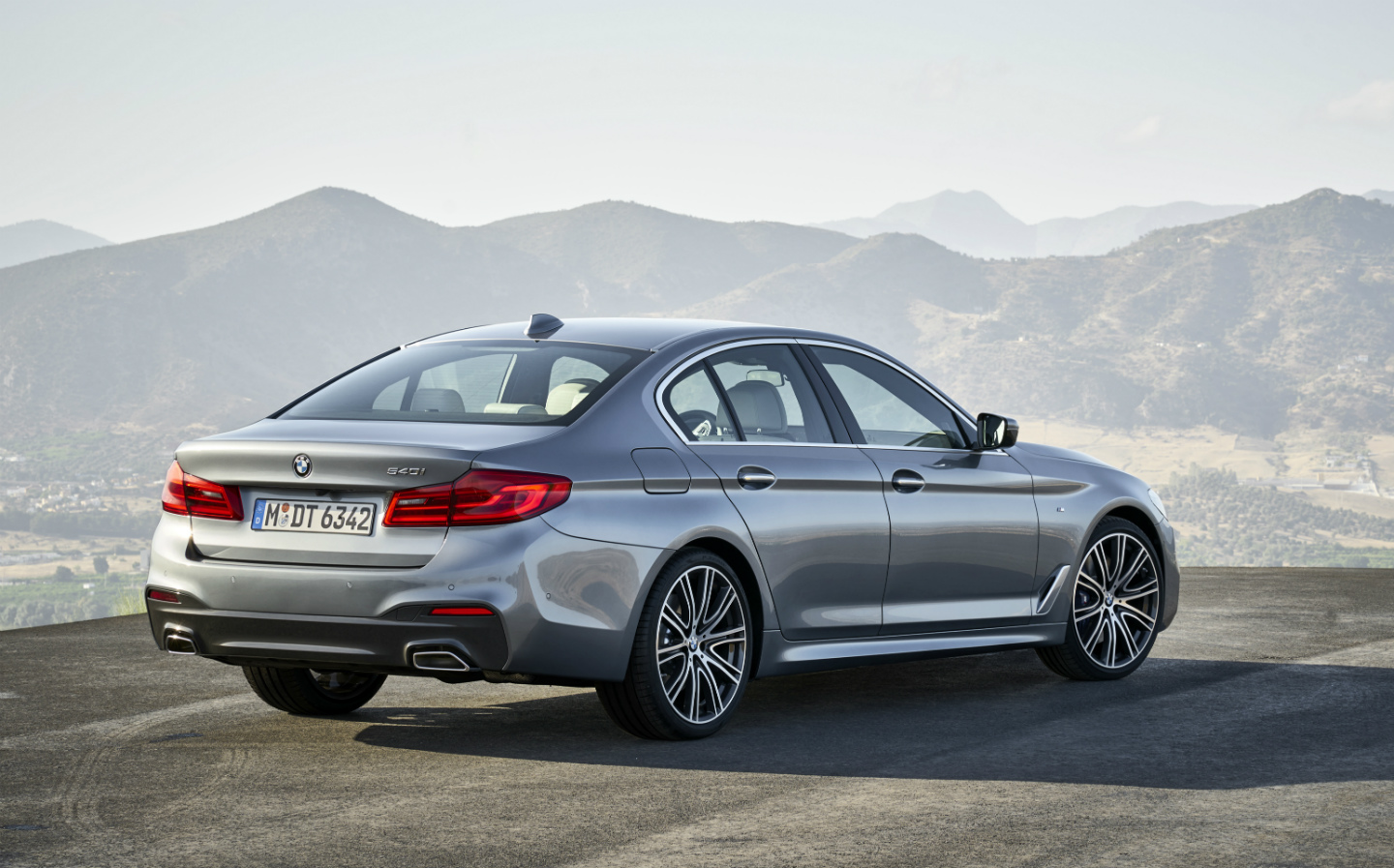 THE BMW 5-series saloon has been the staple diet of the executive car park since 1972. But in those 4½ decades a quiet revolution has been going on. The seventh-generation model, which goes on sale this month, can be parked by smartphone and can drive itself, in unchallenging environments, at speeds of up to 130mph. Owners of the original version are likely to be left speechless.

Prices start at £36,025, and the 2017 5-series is brimming with the latest in-car technology — an attempt by BMW to woo company-car drivers away from Audi, Mercedes and, lately, a revitalised Volvo.

Changes to its bodywork styling are, as ever, evolutionary at most. A Touring, or estate, version will be introduced next year, and both cars are based on the aluminium and carbon-fibre platform used in the latest 7-series, which helps to reduce weight by 70kg over the last model, the German car maker says.

Browse the used BMW 5-series cars for sale on driving.co.uk

Inside, drivers get a new 10in touchscreen system with Apple CarPlay and gesture recognition, an option that lets the driver control entertainment, phone and navigation systems by wagging a finger. A wi-fi hotspot can power up to 10 devices, and inductive phone charging is likely to get the attention of gadget fans.

Another talking point is Parking Assistant, part of BMW’s ConnectedDrive technology, which allows the car to be parked without anyone at the wheel. Valets at hotels and restaurants are unlikely to be impressed.

As before, the weight distribution is 50:50, and for the first time the car will have rear-wheel steering, which is said to enhance the car’s responsiveness. Wags may point out that the rear-wheel-drive 5-series has been notorious for having rear-wheel steering of an entirely different sort.

A suite of driver aids in the optional Driving Assistant Plus package give the car the ability to drive itself at speeds up to 130mph — fine for parts of the German autobahn network, if not the M25. 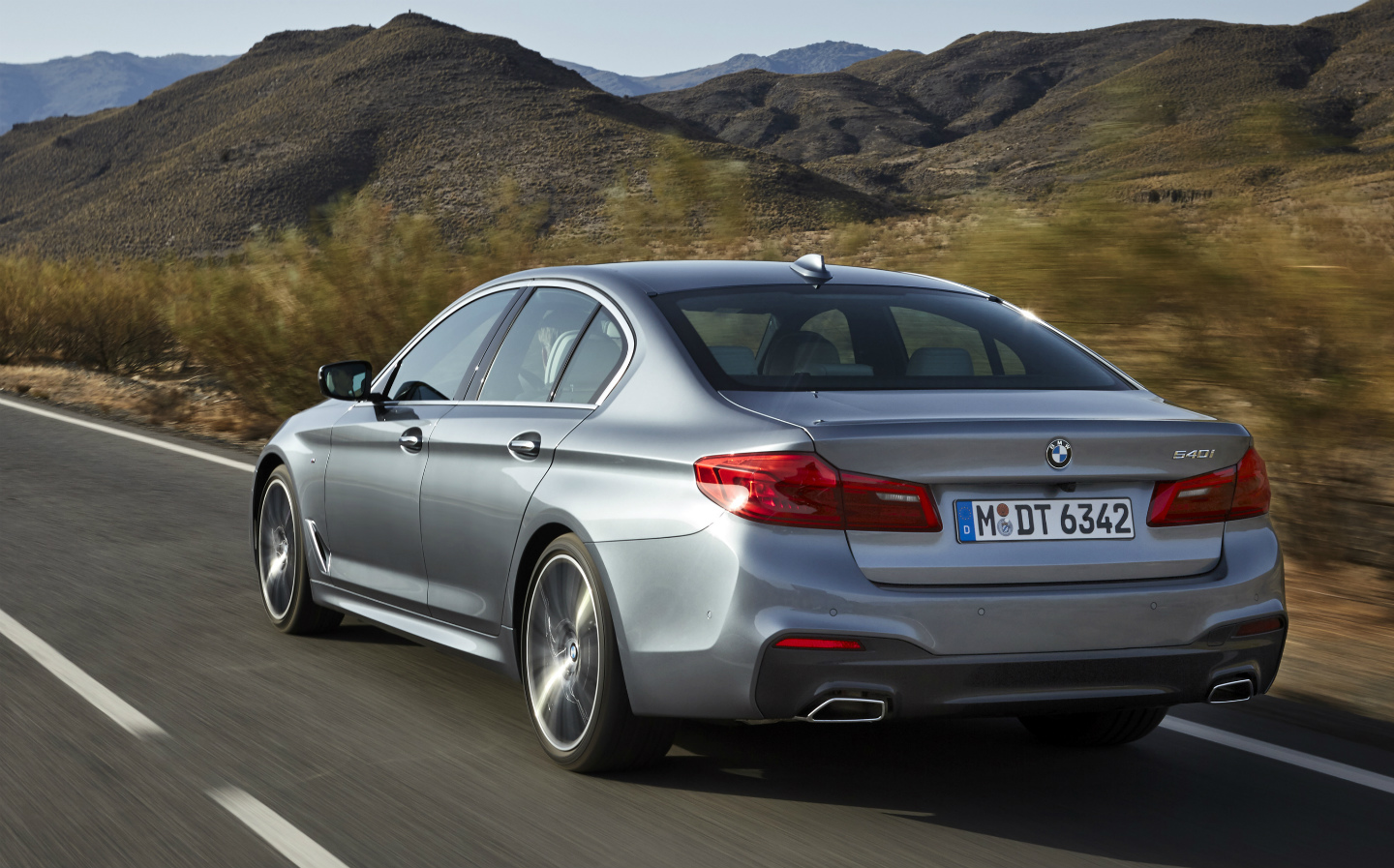 The most notable version of the car is a new plug-in hybrid electric vehicle (PHEV) with a 2-litre petrol engine and an electric motor. Together they generate 249bhp, and the car can be driven for up to 28 miles on battery power alone.  On paper it achieves 134mpg in the combined driving cycle with emissions of 46g/km — similar economy to that of the Mercedes E 350e.

The most popular variant, however, is likely to be the 520d EfficientDynamics, a 2-litre four-cylinder diesel with eight-speed automatic gearbox that does 72mpg and emits 102g/km of CO2.

BMW will also offer six-cylinder diesels and four and six-cylinder petrol versions, and later a V8. Four-wheel drive will be standard on the V8 and an option on certain other models. A high-performance M5 is still under development.