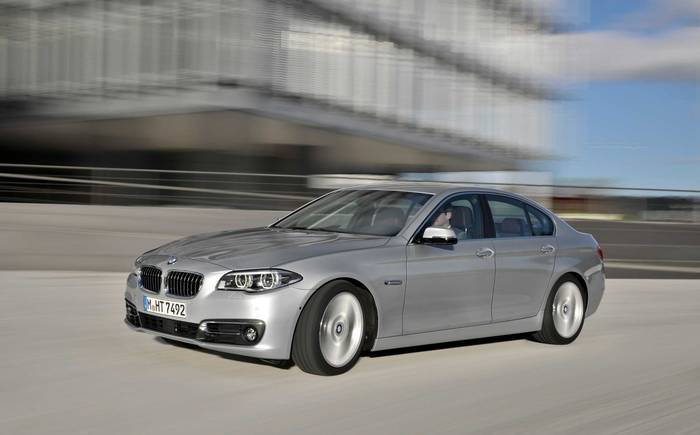 THERE ARE a handful of cars on the market today that are demonstrably better than all of their rivals. These include the Volkswagen Up!, the Ford Fiesta ST, the Skoda Yeti, the Range Rover TDV8, the McLaren P1 and, an object lesson in how to crush your competition, the Usain Bolt of motoring, the BMW 530d.

I look sometimes at people driving a Mercedes E-class or a Jaguar XF and I can’t help wondering: “What were you thinking of?”

You would also discover little things. In a normal car the antilock braking system engages long before you actually need it. Whereas, even in a five-seat, diesel-powered saloon such as the 530d, BMW makes sure that it cuts in only as a last resort. There’s an assumption from this vehicle that you know what you’re doing, and the hi-vis safety net does not play the finger-wagging killjoy until the absolute last moment. This is design and engineering genius. It is a brilliant, wonderful, magnificent car.

However, we live in strange times . . . The world’s sandal enthusiasts are always very worried about something or other coming out of the back of cars, be it lead, particulates or carbon dioxide. Well, now they’ve decided the really big issue is nitrogen dioxide, because it causes asthmatic children to wheeze slightly. Not as much as stoves do, or playing fields, but we’ll gloss over that.

They certainly have. Because they’ve decided that the only way to stop malfunctioning children wheezing is to apply a lower speed limit on any motorway that goes past a school. I know, I know — motorways don’t normally go past educational establishments. But we are not dealing with rational people here, and so fairly soon big lumps of Britain’s motorway network will be governed by a rigidly enforced, anti-asthma 60mph limit.

This raises a question about the BMW 530d. Because if you are only allowed to drive at the sort of speed that can be achieved by many of the world’s animals, why bother buying a large, six-cylinder, turbocharged engine? Why not have a four-cylinder 518d instead?

I wish I could answer that, but BMW has no 518d demonstrator cars. Or maybe it does but they are so slow that they would take six months to get from the head office in Berkshire to my house in Oxfordshire. Whatever the reason, I had to try out the 520d M Sport instead.

It’s not very fast — that’s for sure. Yes, when you put your foot down, there is a momentary sensation of power as the turbo kicks in, but as soon as it appears, it’s gone. And you are left in no doubt that you are driving a large car with a small engine.

But in the new world of idiotically low speed limits that’s OK, because this car is easily capable of travelling in near silence at 60mph. The only trouble is that you won’t be silent at all. You will be screaming, because 60mph is extremely dangerous.

At 60mph you are travelling faster than the lorries on the inside lane, so occasionally you need to pull out to pass. This is easy when everyone else is doing 70mph or 80mph, but when they’re all doing 60mph as well, it’s impossible. You therefore have to slow down to the same speed as the lorry, which causes bunching, and pretty soon you are the meat in a mile-a-minute sandwich of frayed tempers and hissing air brakes.

Slowing cars down while leaving the lorry limit unchanged might save one small boy every 10 years from a mild asthma attack, but on the downside millions of road users will be mangled in a never-ending juggernaut dance of death.

We have to assume that common sense will prevail and that the 60mph limit will be shelved as quickly as the recent plans to up the limit to 80mph. But that still leaves us with the 520d.

We’ve established it’s not fast, and there’s another issue. The steering. It tends to follow even the tiniest camber changes, and I am pretty sure this is because of the fat tyres you get with the M Sport package. Certainly I remember the M5 doing exactly the same thing. You really are better off saving yourself £2,800 and buying the car in the SE trim.

It’s not as though you lose that all-important sense of “balance”. BMW used to bang on about this in its commercials, about the perfect weight distribution and the sense of rear-wheel drive, and I’m sure that for most people it sounded irrelevant, like a hi-fi enthusiast waffling on about ohms and amplitude and other things that simply can’t be measured by the human ear. But if you like cars and driving, you really can feel it, even in an underpowered repmobile such as the 520d. And even with silly fat tyres doing their best to spoil the picture. As you go round a roundabout, or find that a slip road tightens unexpectedly, you have a sense that you are driving a product designed to make money — but only after it has been designed to do everything just right.

My test car had a manual gearbox, and while such things do feel old-fashioned now, I sometimes found myself changing down for the sheer pleasure of dipping the clutch and moving the lever. It was like executing a perfect swallow dive into a pool of Castrol GTX.

And then there are the controls. Yes, the command and control system was obviously designed for left-hand drive, so you can’t see what all the buttons do. And, yes, it’s easy to catch one of them on the wheel while you’re turning a corner and accidentally engage Radio 1, but this is nitpicking. Because almost everything else is a masterclass in how good design and high tech can be made to work together brilliantly.

But towering above all this is the comfort. If you were to give me the choice of driving this or a Ferrari 458 Italia to the south of France, I would take the Ferrari, obviously. But I’d be regretting the decision by the time I reached Guildford. Because being in the BMW is like being in one of those whale-song spas full of lilies and tea lights. Perhaps that’s why BMW has fitted a button in such a way that you accidentally engage Radio 1 from time to time: to wake you up.

On the face of it, this car is a bit like cheddar. In a big and exciting world of choice, a 2-litre four-door saloon looks as if it might be a bit dull. But, like cheddar, it just isn’t. In reality it’s the only car that can hold a candle to its big brother.

You’d be crackers to buy anything else