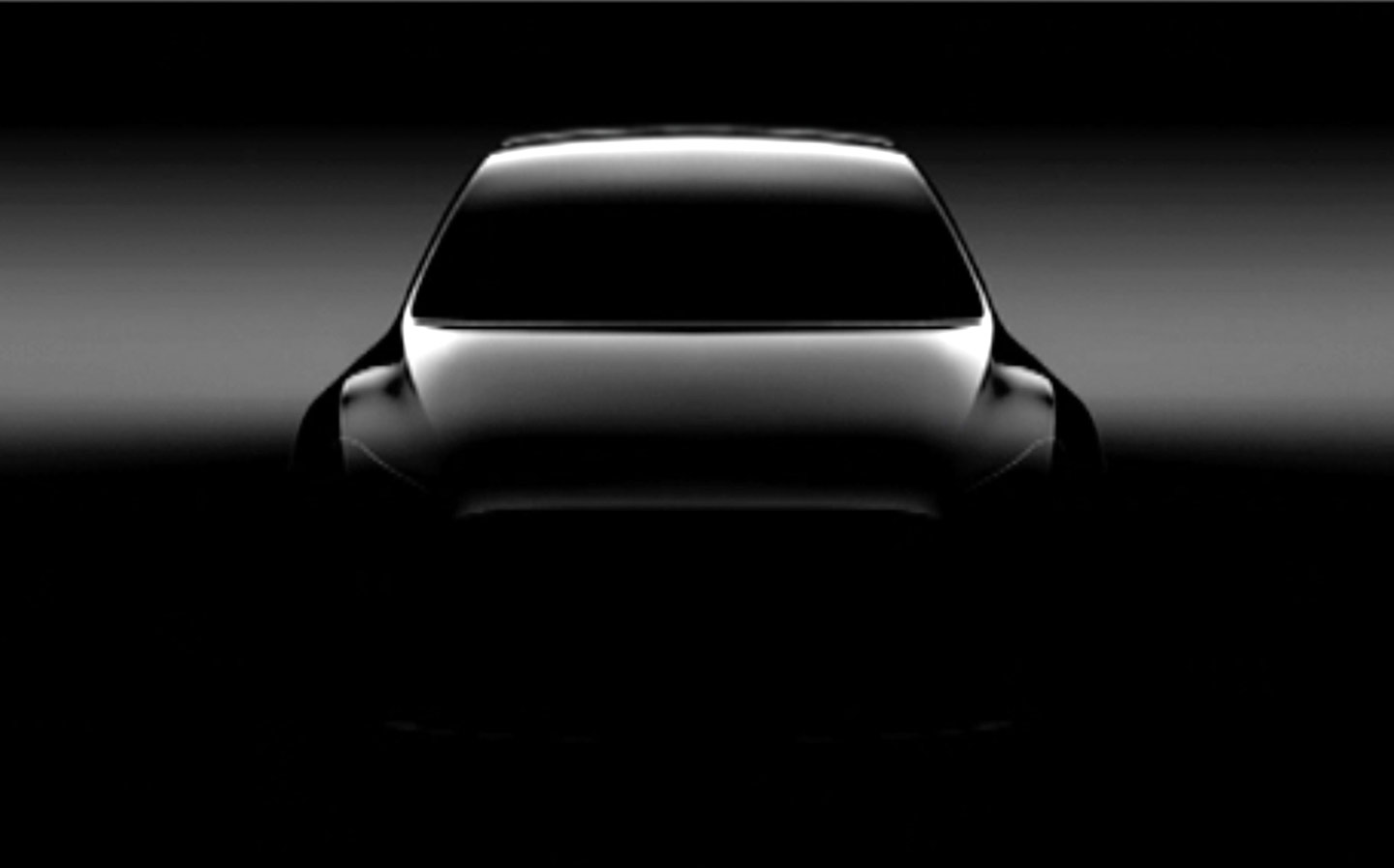 TESLA is aiming to start building the Model Y compact crossover in November next year, according to reports.

It will join the American manufacturer’s line-up of Model S, Model X and Model 3 electric cars, completing boss Elon Musk’s vision of models that spell the word “S3XY”… well, “S3XY”, as Ford already owned the rights to a car called the “Model E”.

The Reuters news agency said it had spoken with two sources “with knowledge of the supply chain” who also claimed Tesla will begin production of the Model Y in China two years after it kicks off in California.

The Model Y will be a baby Model X, the company’s existing seven-seat SUV, and based on the £30,000 Model 3 saloon car platform. For Tesla, it could be a big seller as the popularity of compact crossovers, which includes the likes of the Nissan Qashqai, Ford Kuga and Kia Sportage continues to skyrocket.

Reuters’ sources said Tesla is accepting preliminary bids for supplier contracts on the Model Y, meaning other companies will begin competing to supply components for the car.

Musk told reporters in February that the company would aim for production capacity of 1m Model Ys per year but analysts believe annual production in the Fremont factory could reach 500,000, with a much lower volume in China.

Whatever the final figure, Model Y won’t come soon enough for Tesla, after reports of mounting losses, a fatal accident involving its “autopilot” semi-autonomous driving system and a credit rating downgrade. Tesla has said it will not need to raise additional funds this year but experts said it’s likely the company will need a capital raise of more than $2bn.

The Economist used to be boring, but smart with a wicked dry wit. Now it’s just boring (sigh). Tesla will be profitable & cash flow+ in Q3 & Q4, so obv no need to raise money.

In addition, there have been delays to the Model 3 after what Musk himself termed “production hell”. Tesla had planned to make 20,000 a month by December 2017 but just over 2,000 rolled off the line in the last three months of the year.

Despite this, many still belief in Musk’s vision of an all-electric future and shares in Tesla have bounced back from a low at the end of March after it reassured investors that its weekly Model 3 output had doubled during the first quarter, and that production rates would accelerate through the second quarter to 5,000 units per week, or about 250,000 vehicles per year.

The Sunday Times’ technology writer Danny Fortson said the episode encapsulated Tesla, which is “a deeply loss-making company that is worth more than Ford yet produces 1% of the vehicles. A company for whom bad news is good.”

He added: “More than any company on the planet, its existence is determined not by profits or performance — if it was, it would have crashed and burned long ago — but relies instead on faith in the ballsy vision of a brilliant but quixotic founder.”