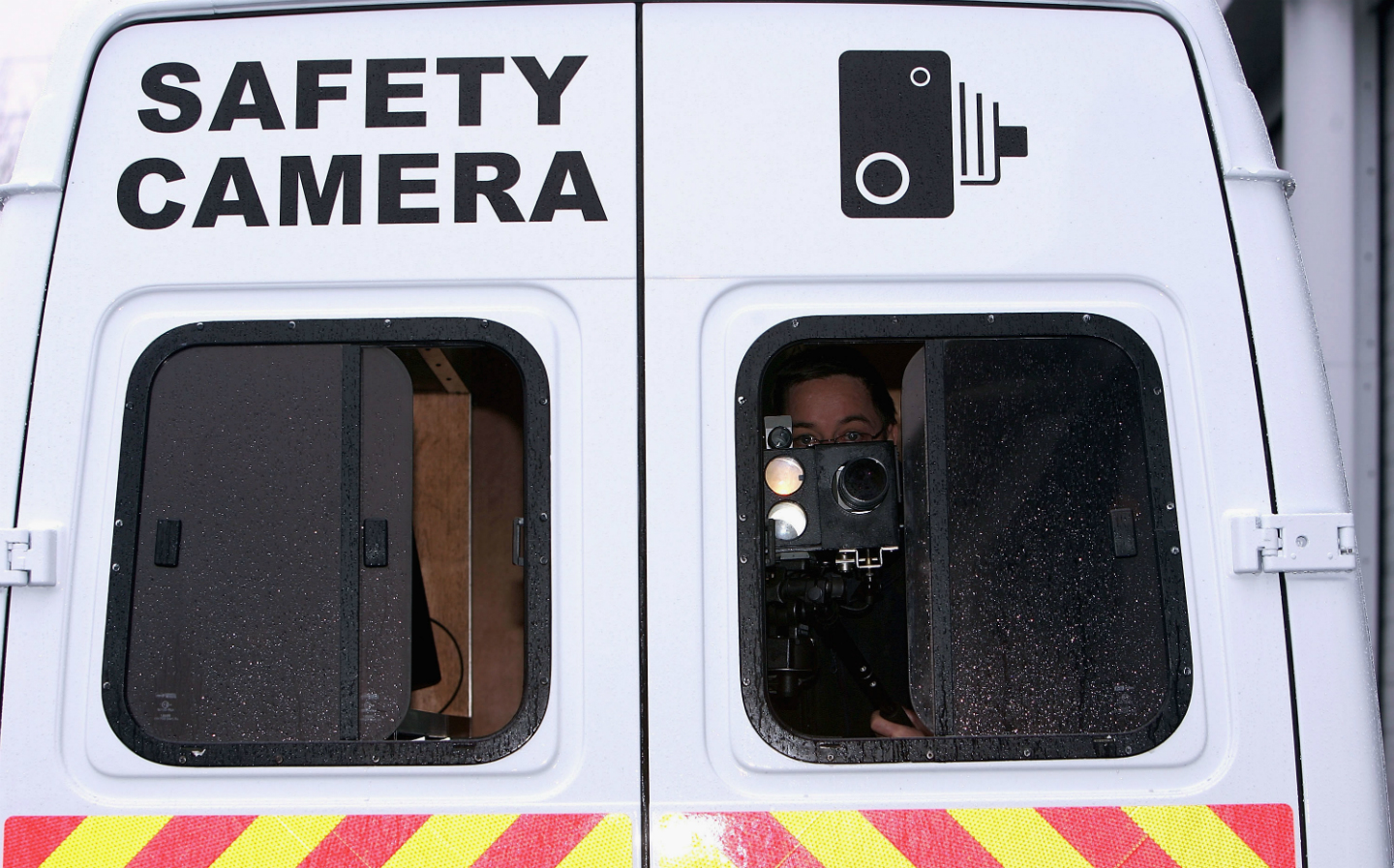 POLICE HAVE warned copycat drivers not to follow the example of a driver who parked his car in front of a mobile speed camera and blocked its view of the road.

Chris Welford spotted a mobile speed camera van was operating on Marske Road, in Skelton, North Yorkshire. He then reversed his car and parked at the back of the van used by the camera enforcement unit, and opened the BMW’s boot, blocking the camera’s field of vision.

Since the incident occurred, Welford has claimed that he has received messages of support on Facebook, including one comments saying: “Not all heroes wear capes.”

Welford said of the incident: “I’ve been caught [speeding] there in the past and just thought I would try and annoy them a little bit.”

However, Police Inspector Harry Simpson, of Cleveland Police, has criticised the driver’s actions, saying the location is a notorious site for speeding, which local residents complain about to police.

“Most members of the community do not want their children and families put at risk of speeding vehicles,” said Inspector Simpson.

He pointed to police figures that there have been 227 convictions for speeding offences on the stretch of road in the last two years, with 71 in the past six weeks alone.

The actions of Chris Welford are similar to those of an unnamed driver who parked his BMW behind a mobile speed camera last May. He lifted the boot and bonnet of his car, blocking the view of the camera, and proceeded to top up his car’s windscreen washer fluid.