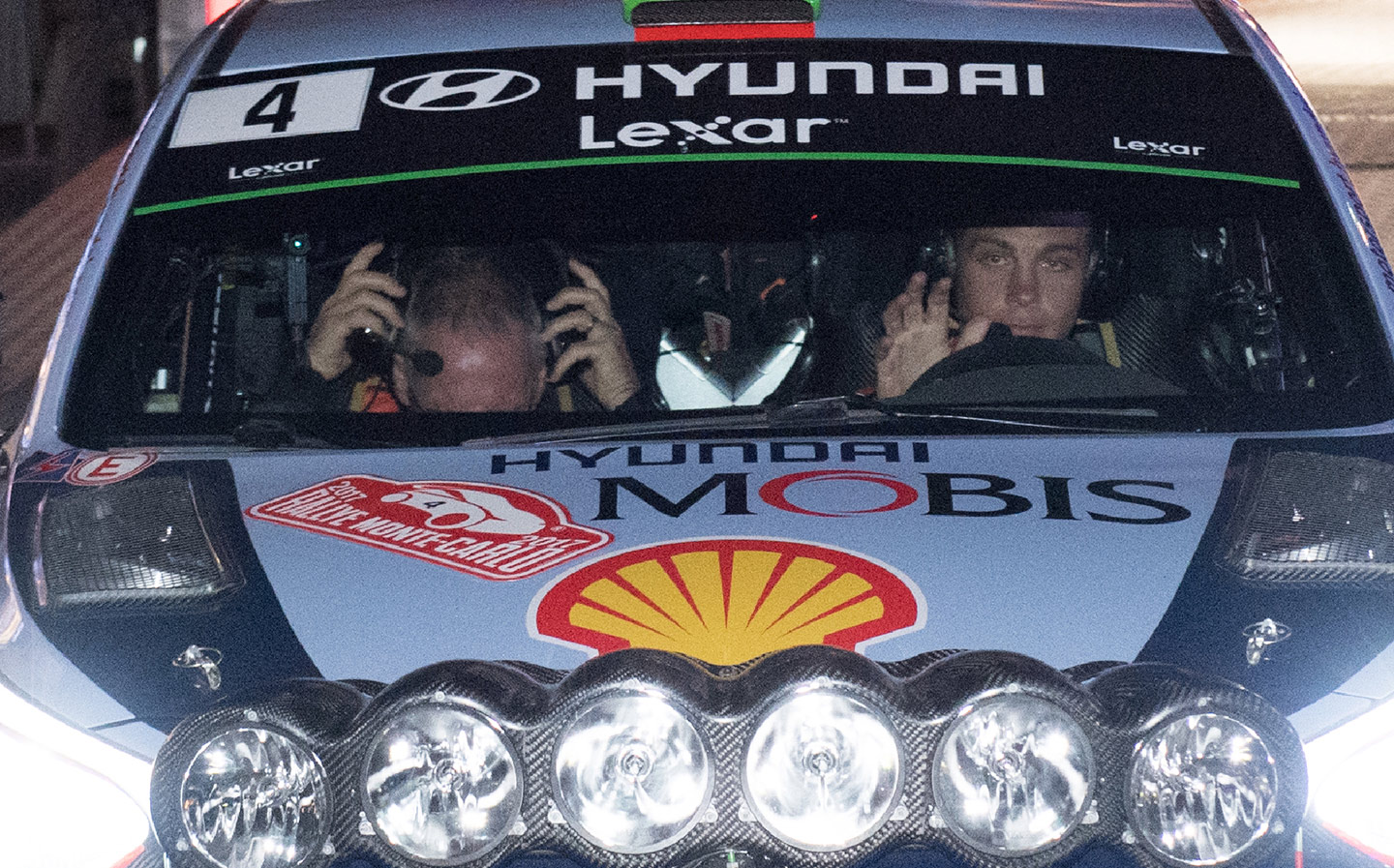 A SPECTATOR has died after he was struck by a car competing in Rallye Monte Carlo, the first round of the World Rally Championship (WRC), organisers have confirmed.

The spectator was hit as the Hyundai i20 Coupe WRC of driver Hayden Paddon and co-driver John Kennard left the road during the first special stage. Paddon lost control under braking for an icy left-hand bend, with the car sliding sideways and up a bank on the outside of the corner.

Paddon, from New Zealand, tweeted: “Caught out by black ice near the end of the stage. The car snapped sideways and we were a passenger.”

Autosport reports that the male spectator is understood to have been positioned at the bottom of the bank and was reportedly hit by the right rear of Paddon’s car.

The spectator was transported by helicopter from the stage to hospital in Nice.

“Despite the best efforts of the medical staff, the spectator has sadly died. An investigation has commenced into the incident and all involved parties will provide assistance to the authorities. Everyone associated with the event extends their deepest sympathies and condolences to the families, friends and individuals affected.”

Following the announcement, Paddon tweeted that he is “incredibly saddened by today’s accident and my thoughts are with the family and friends of the person involved.”

He added: “It’s difficult to say much more at the moment as we are in shock with what has happened. I’m sorry for the family, the fans & our sport!”

It’s difficult to say much more at the moment as we are in shock with what has happened. I’m sorry for the family, the fans & our sport! p2

Hyundai Motorsport issued a statement pledging its full support to the investigation into the accident. The team currently leads the rally with Thierry Neuville but decided to withdraw Paddon’s car from the event.