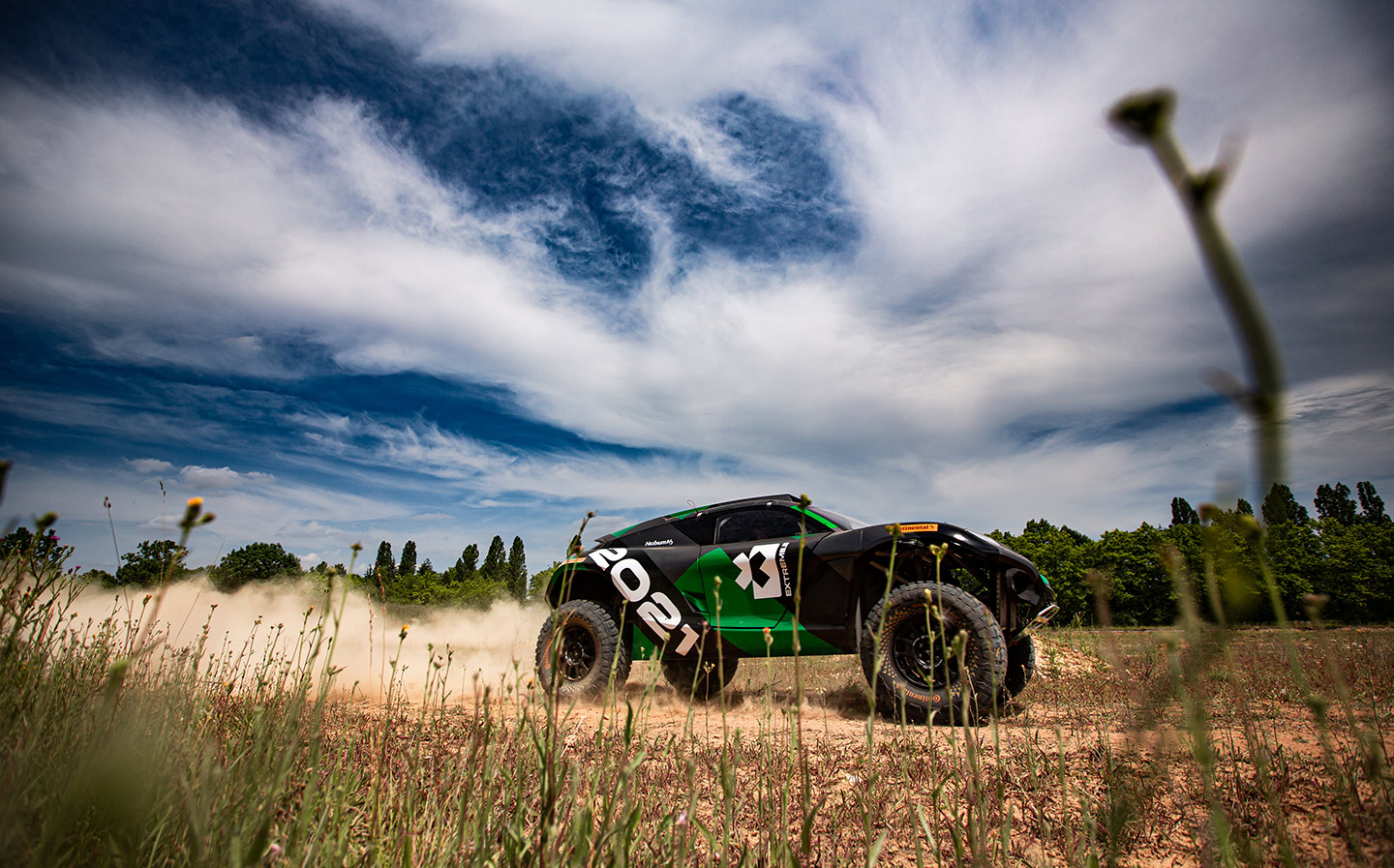 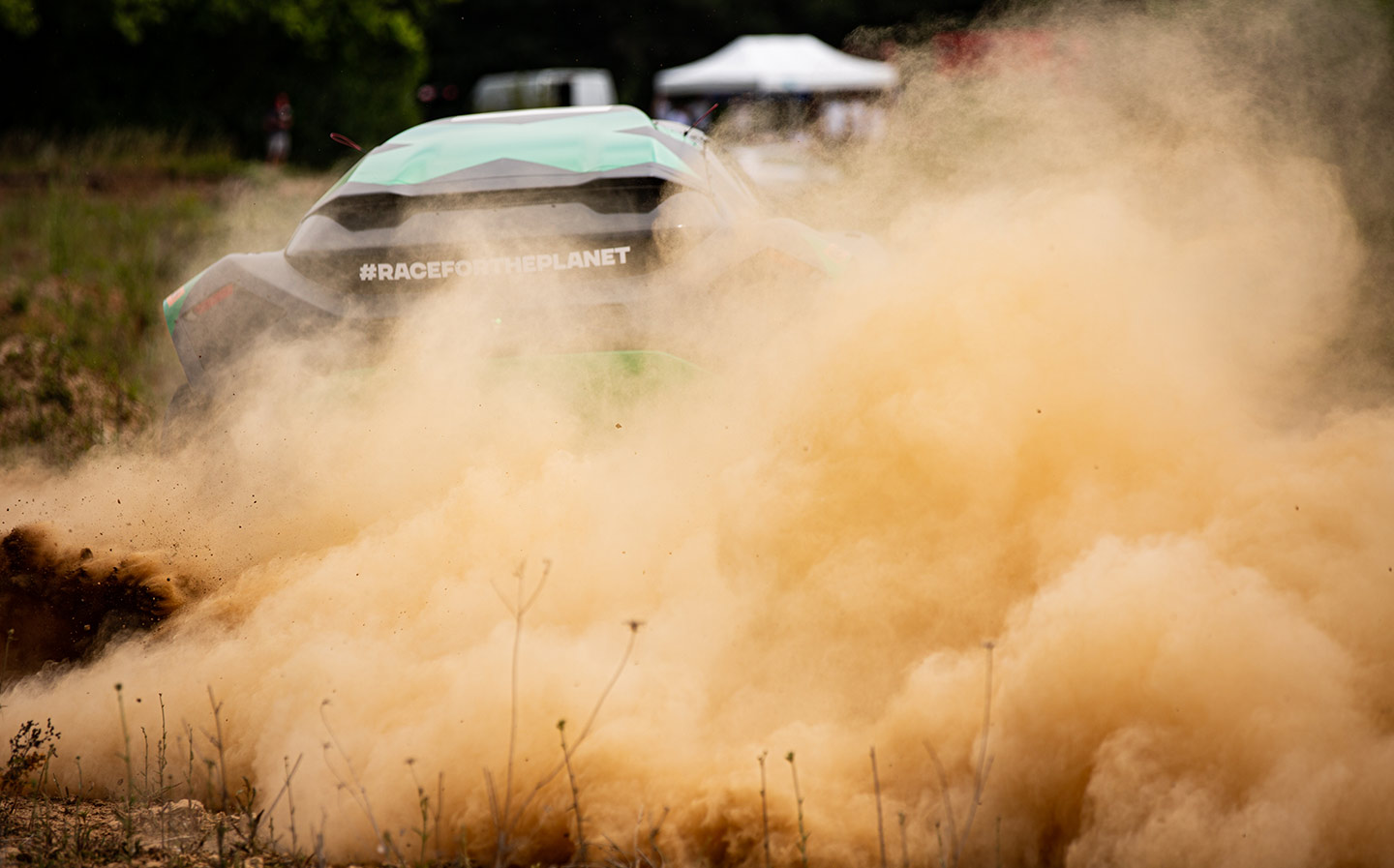 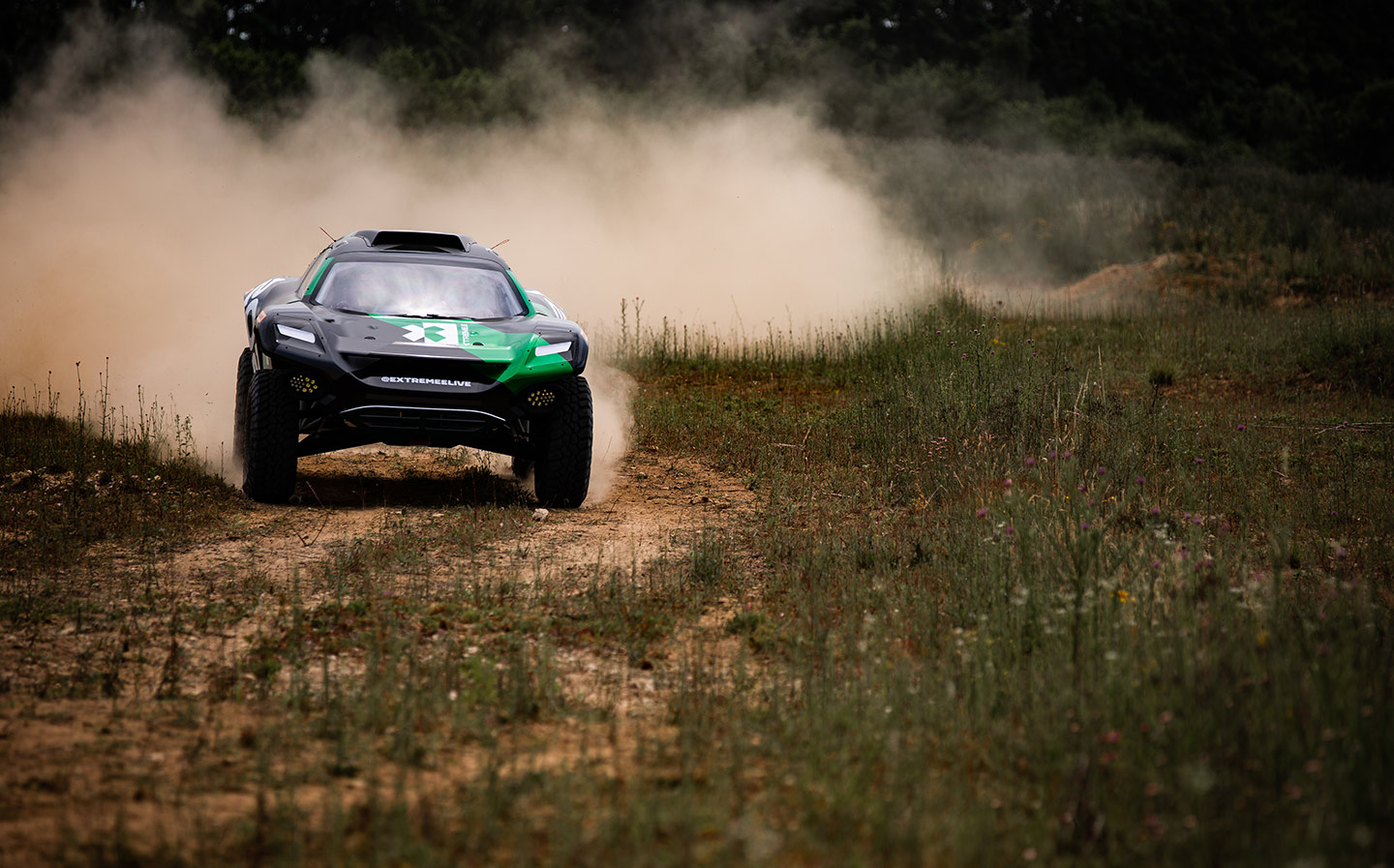 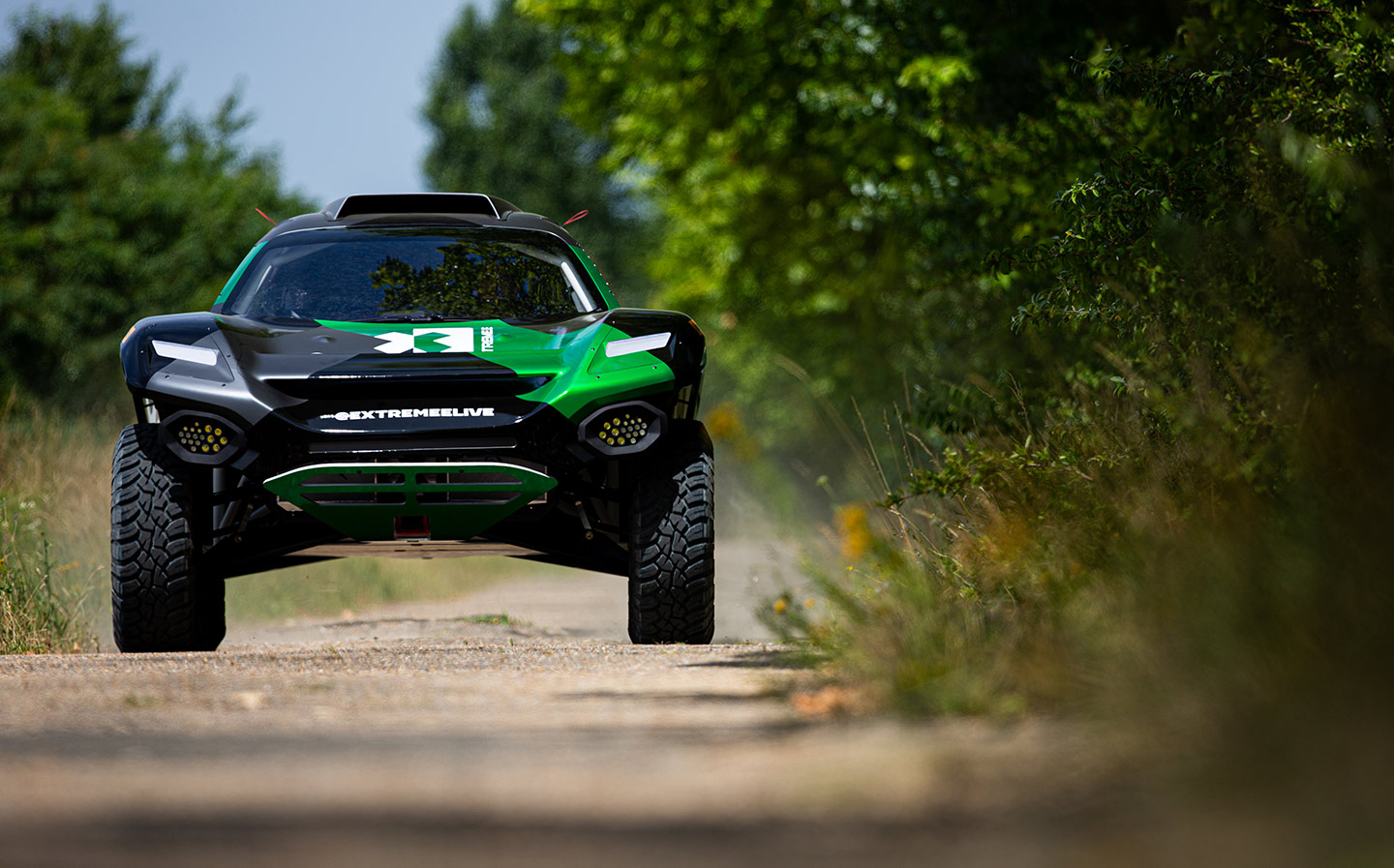 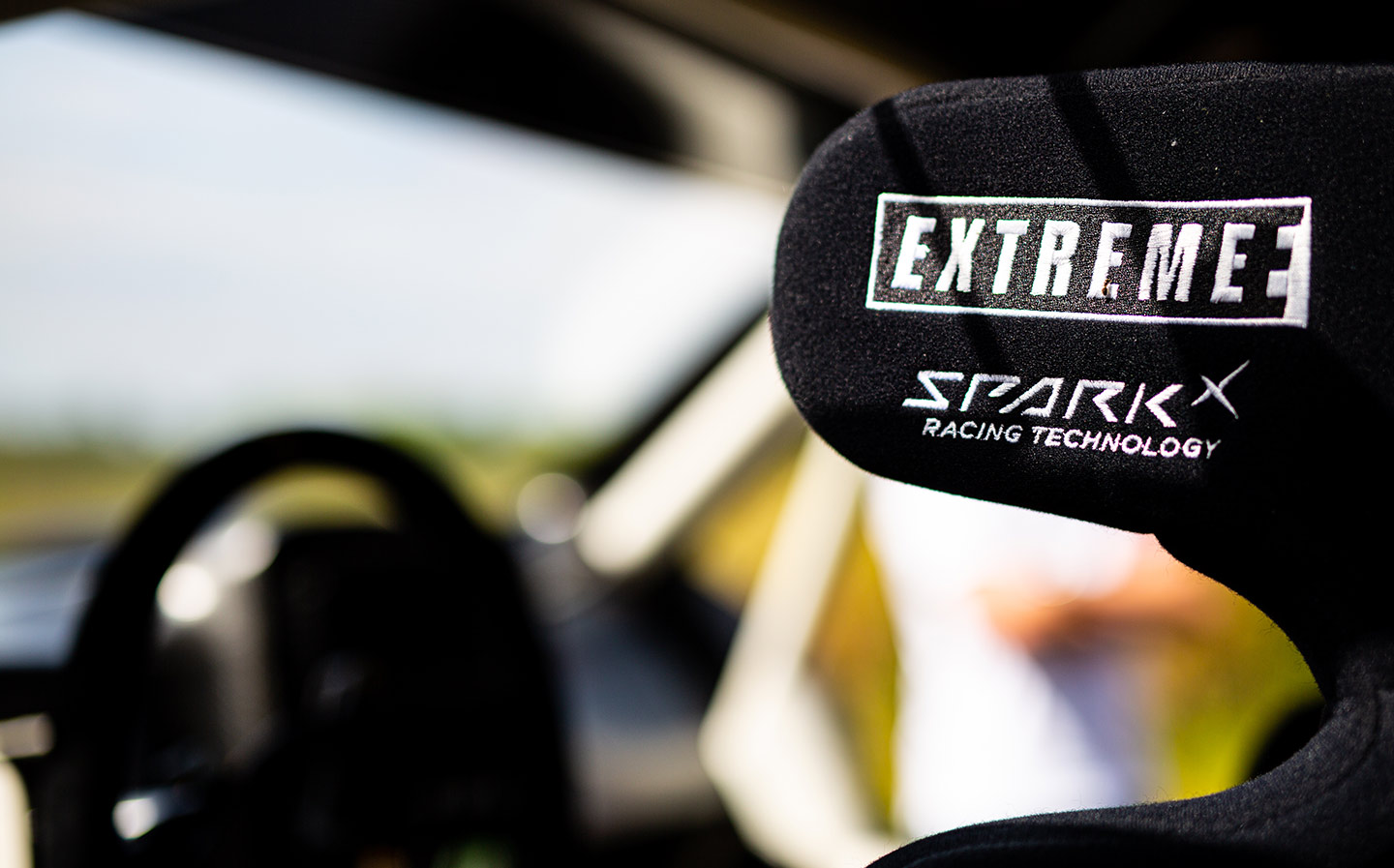 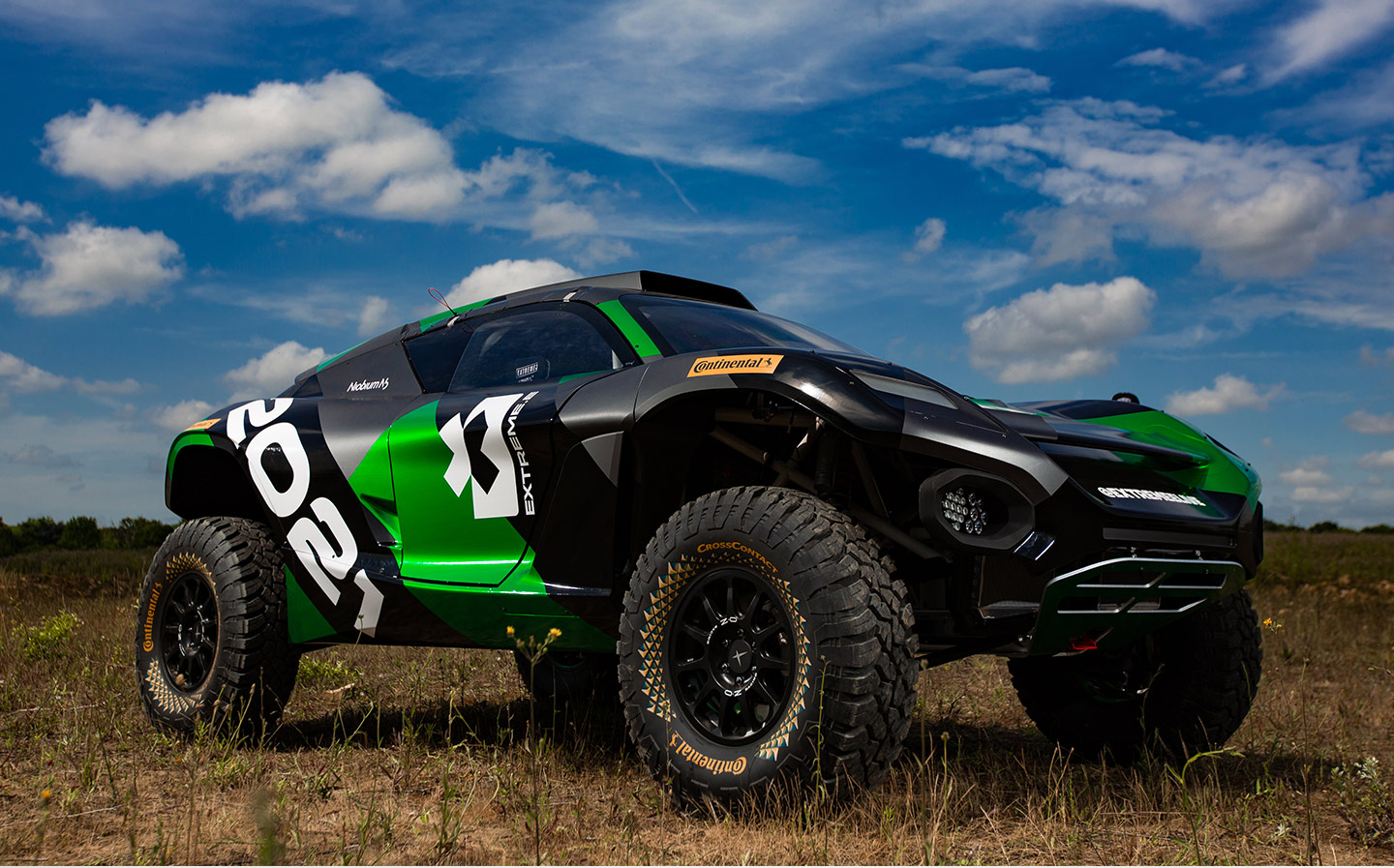 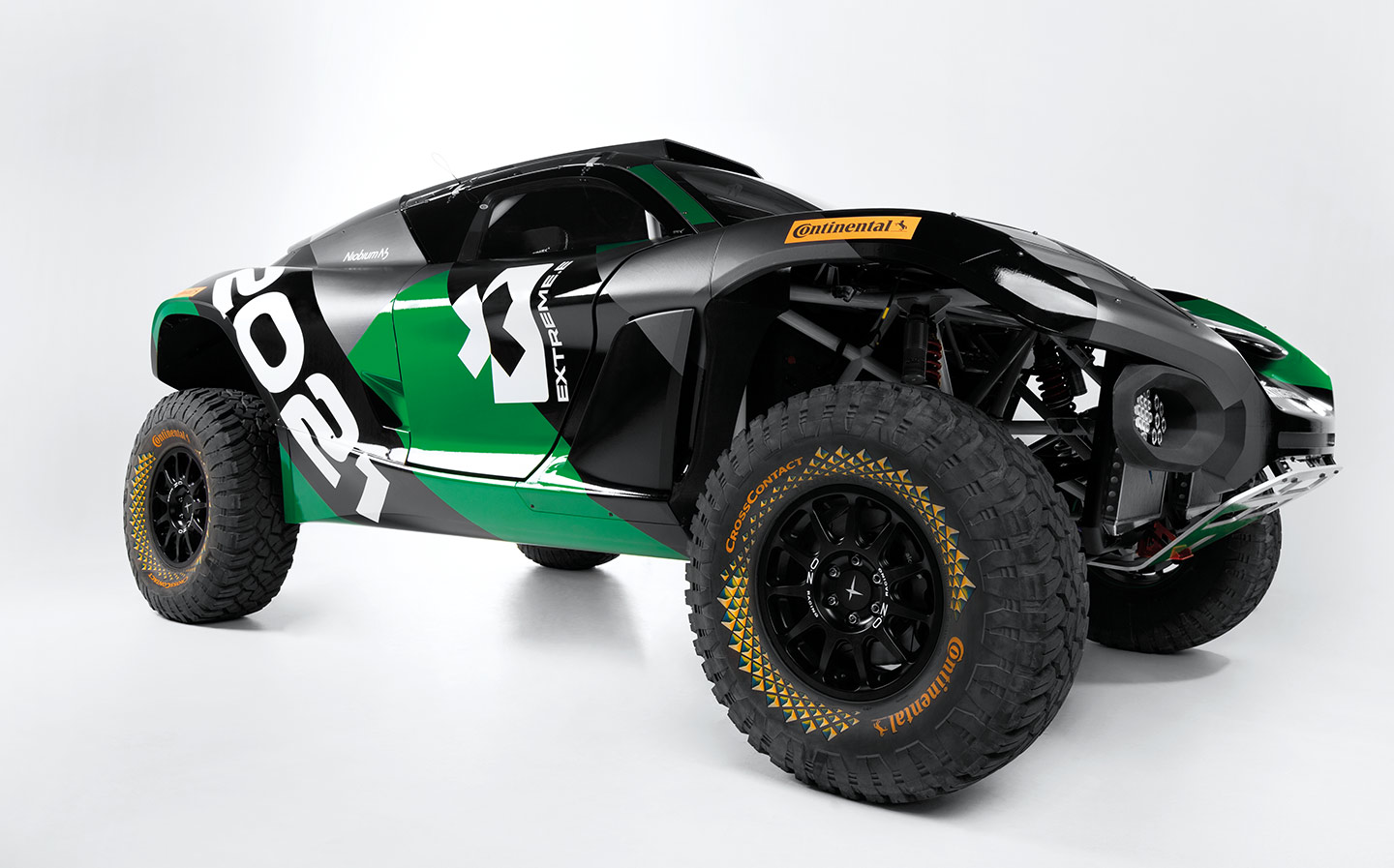 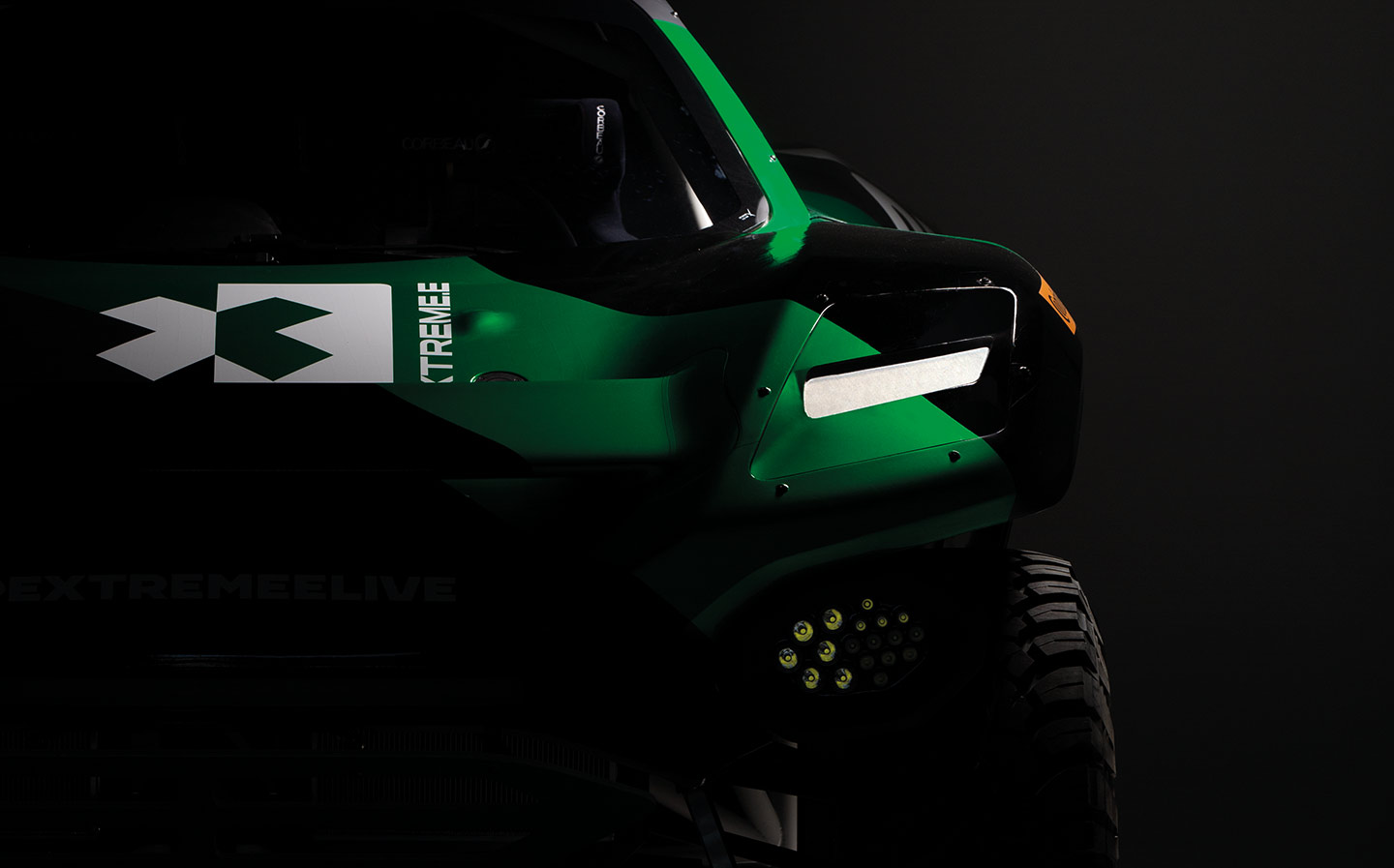 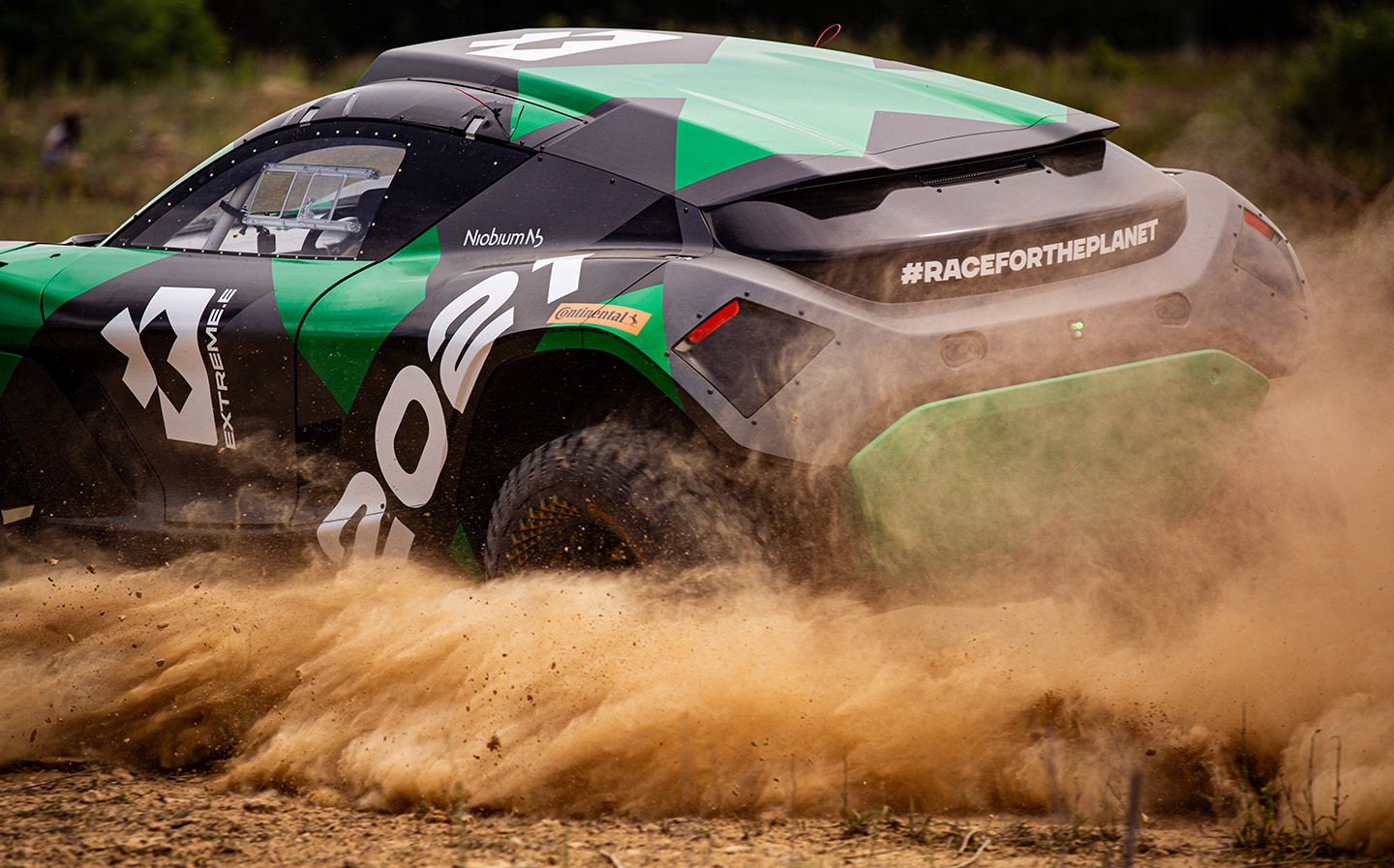 Extreme E, the electric off-road racing racing series from the team behind Formula E, has revealed its car at Goodwood Festival of Speed.

The four-wheel-drive beast, dubbed ODYSSEY 21, is claimed to have “mind-blowing” performance that exceeds the power and torque of World Rally Championship and rally raid cars.

The car had been touted to produce 470kW (630bhp) but according to the information released today, competitors will in fact have 400kW (536bhp) under their right foot. That’s still a dollop of grunt: with the immediate torque available from the dual electric motors, it should feel extremely eager; the organisers claim the 1,650kg machine is capable of hitting 62mph from standstill in 4.5 seconds and will be able to tackle gradients of up to 130 percent.

The championship will comprise five rounds in some of the most at-risk environments on the planet, including the Amazon rainforest, an island in the Indian Ocean badly affected by plastic pollution, and the Arctic, where the ice caps are melting. The organisers intend to work with local communities to improve conditions but also to shine a spotlight on the problems through a series of documentaries from Oscar-winning film maker Fisher Stevens.

The full initial build of the prototype by Spark Racing Technology, which also designed the Formula E Gen1 and Gen2 car,  was completed only last week, at Spark’s factory in Tigery, France.

Each vehicle uses a “common package of standardised parts” from Spark including a niobium-reinforced steel alloy tubular frame, as well as crash structure and roll cage. The battery comes from Williams Advanced Engineering and tyres, for both extreme winter and summer requirements, will be supplied by founding partner Continental Tyres.

Théophile Gouzin, Technical Director of Spark Racing Technology, said: “Our challenge was to build a car that could face all the variations in surface and terrain that will be thrown its way, which will include gravel, rock, mud, ice, snow, water and sand, too.

“We’ve innovated in several areas, for example; the wheels are some 940mm (37in). Wheels that size have never been utilised in anything other than two-wheel drive racing cars before. Using them means we get the benefits of increased traction and traversal ability along with huge suspension travel.”

The teams won’t have to run exactly the same package as each other; they will be able to test and develop their own powertrain and change areas of bodywork, such as the engine cover, front and rear bumpers, side skirt, and lights, in an effort to mirror the look of road-going SUVs, suggesting Extreme E has an eye on car maker teams, as currently found in Formula E. Agag told Driving.co.uk last week that 25 letters of intent have come from potential teams, but only 12 will be allowed to compete in the series.

Speaking at the car’s launch today, he said: “The Extreme E-SUV, ODYSSEY 21, is unlike anything else in motor sport. The cutting-edge technology our industry-leading partners have employed in its design and construction has resulted in a stunning car, capable of the highest performance in the toughest and most varied environments on the planet.

“Extreme E’s combination of top-level sporting competition and ultra-demanding environments will also prove to be a significant research and development platform for manufacturers, driving further advancements in sustainable mobility.

“Whether it’s in the Arctic, Himalayas, Amazon, Desert or on Indian Ocean Islands, this car will showcase the ability of E-SUVs, not only to motorsport enthusiasts, but also to consumers who are looking to make their own difference to the planet by choosing an electric SUV.”