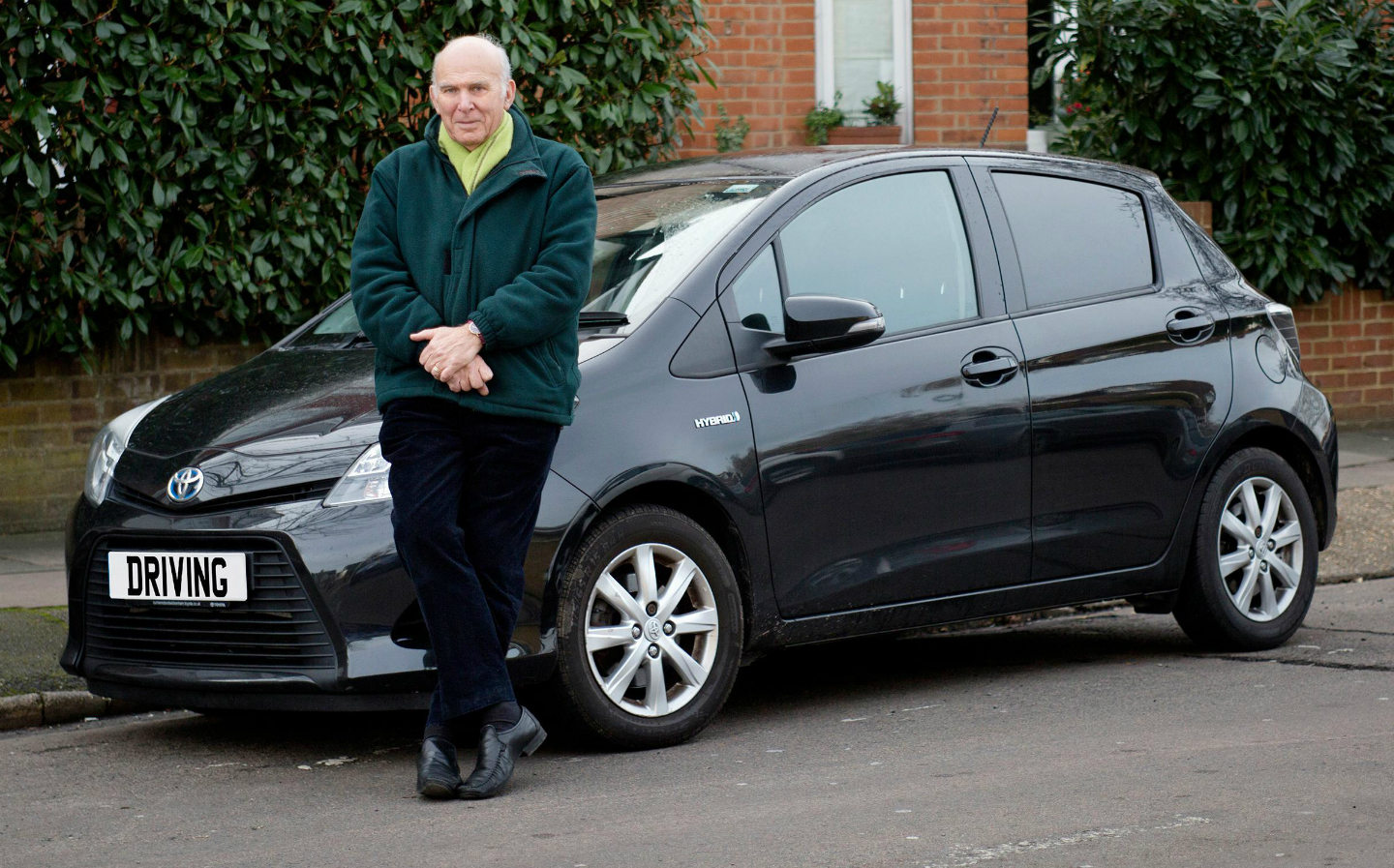 VIEWERS who saw his foxtrot on Strictly Come Dancing know that, beneath Sir Vince Cable’s amiable and placid exterior, something wilder lurks. The same goes for anyone who has seen him take the wheel of a fast car.

The current Liberal Democrat leader was business secretary in the Tory-Lib Dem coalition government in 2010-15, a job that permitted visits to British car plants.

“The high point was the time I was allowed to drive an Aston Martin DB9 around Jaguar Land Rover’s test-drive circuit at Gaydon,” he says. “I got it up to 150mph.”

Unleashing the power of a £140,000 sports car was a dream come true for a lad who grew up in a cash-strapped household in York.

“Most of my childhood revolved around cycles, trains and buses,” recalls the 75-year-old, whose father was a craftsman for Rowntree’s and whose mother packed chocolates for Terry’s.

It was an exchange visit to Germany in the mid-1950s, when he was 13, that opened his eyes to the joy of driving. “I stayed with a family with a very fast Mercedes,” he says.

“We got to drive at high speed on the autobahns, which was thrilling, and they even took me around the Nürburgring — an amazing experience for somebody who’d hardly ever been in a car.”

A couple of years later Cable’s family bought their first car, a Morris Minor, and after passing his driving test at 17, he was allowed to drive it. “I did so reasonably competently,” he laughs.

After grammar school Cable studied economics at Cambridge. The first car he owned was a VW Beetle, bought in Kenya after he had landed a job as a Treasury finance officer in 1966. “I lived in an area with very rough tracks, so it got a pretty hard beating. I once got stopped by highwaymen in the middle of the night but forced my way past them and got away.”

On another occasion a wheel of the Beetle spun off while he was driving “at quite high speed” with his wife-to-be, Olympia. “I was quite careless with the mechanics in my early years and hadn’t screwed the wheel on properly after a puncture. Olympia insisted on walking the rest of the journey.”

After driving the Beetle “into the grave”, Cable spent his last few months in Kenya driving a flashy 1930s Mercedes-Benz 170V saloon, “a source of considerable admiration”.

Following his return to Britain and marriage to Olympia, he bought a VW Dormobile. “It was a good way to combine getting around with having a young family,” he says.

“On holiday in Europe [in the early 1970s] I misjudged the height of the Dormobile going into an underground car park and got stuck, so we had to call out the emergency services.”

He swapped the van for a second-hand Mini Clubman estate, which served his family for 15 years.

“It was a bit of a squeeze as our [three] children grew older,” says Cable, who was first elected MP for Twickenham in 1997 and is now campaigning for a second EU referendum. “In time it became quite decrepit and we had to tie the back doors together with string.”

He eventually traded up to a Ford Sierra and then a Vauxhall Astra.

Now he drives a Toyota Yaris hybrid. “I travel around my constituency mostly on a bike, and I only really use it on long journeys and to my [second] wife Rachel’s New Forest cottage,” says Cable. Olympia died of cancer in 2001.

Cable who had said he was preparing to resign as Lib Dem leader once Brexit is “resolved”, but today said he’d be stepping down in May, has not forgotten that Aston Martin DB9.

“It is the ultimate stylish, high-performance sports car. Unfortunately, there’s no way I could possibly afford one unless I won the lottery.”