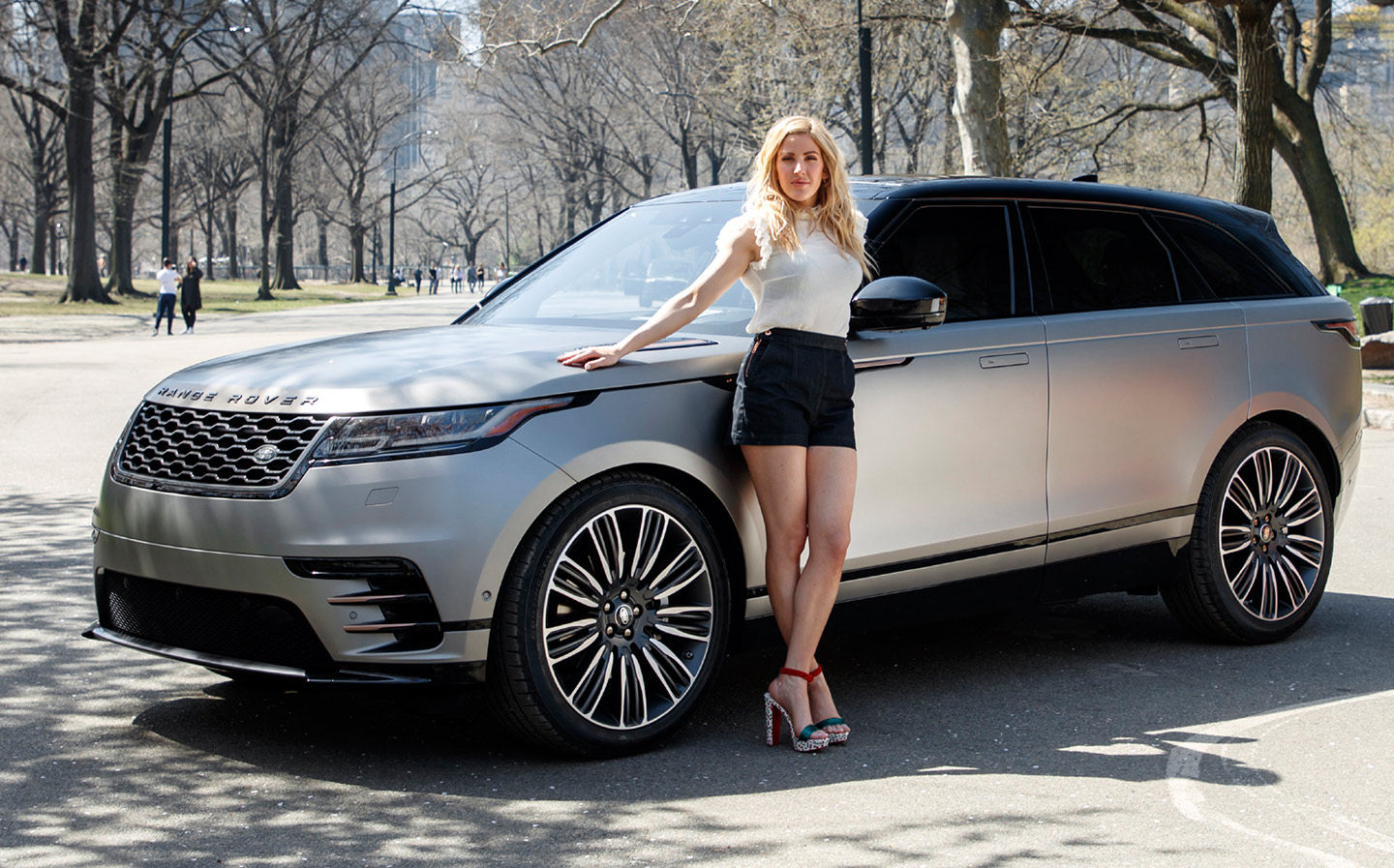 ELLIE Goulding has enjoyed a string of hit songs but still prefers the anonymity of an Uber cab to driving something showy. The Brit award-winning pop star, who performed at Prince William and Kate Middleton’s wedding reception and also sang the theme tune to the film Fifty Shades of Grey, says it’s the best way to avoid being recognised.

“I’ve been followed by strangers who spotted me driving in London — that’s very scary when you’re on your own,” says Goulding. “I suppose it’s made me a bit paranoid about travelling a long way by myself. I like to have somebody with me.”

Goulding, 30, shot to fame in 2010, when her debut album Lights reached No 1 in the charts. She struggled with suddenly being in the spotlight, however, and suffered anxiety and panic attacks as her career took off. “Sometimes I can be a bit hard on myself but I’m a lot better now than I used to be,” she says.

One thing still guaranteed to bring her out in a cold sweat is parking. “I’m not that good at it,” she admits. “I have this fear of being splashed across the tabloids as I make a mess of reversing.”

Goulding grew up in a cash-strapped household in rural Herefordshire. Her parents separated when she was five years old and her mother, Tracey, worked in a supermarket to make ends meet. “There wasn’t a lot of money to go round. I have an older sister, Isabel, and a younger brother, Alex, plus a half-sister, Jordan — Mum had to do a lot of ferrying about with the four of us fighting in her car, eating pick’n’mix sweets and being loud.”

A combination of classical and electronic music influenced Goulding’s musical style. “Mum was really into techno and dance. I can remember raving in the back seat of the family car as she played [DJs] Pete Tong and Judge Jules.

“When I was nine, my grandfather gave me a compilation CD of classical stuff and I became obsessed with that too. I had clarinet lessons [and played] with an orchestra, then listened to trance music on the way home.”

Goulding, who didn’t take her driving test until she was 23, learnt to drive in woodland near the family home. “It might sound a little mad but lots of friends did that. It must have worked because I passed first time.”

To browse the Rich List go to thesundaytimes.co.uk/richlist where you can also discover the richest young musicians

She signed to Polydor in 2009 and won the critics’ choice award at the Brits in 2010. That year, she released her debut album; her cover of Elton John’s Your Song was used in the John Lewis Christmas advert; and she got her first car.

“It was a black Mercedes SLK,” says Goulding, who had become famous enough to be loaned the car by the manufacturer. “That sense of freedom I felt from driving alone was something I’d never experienced before. [But] I found it too scary to listen to the radio because it stopped me concentrating — I had to chew gum to stay focused.

“At the time, I was recording at a studio near Hay-on-Wye. I drove through the Welsh hills every morning on my own. Going that fast in absolute silence felt crazy — I’m sure those drives influenced my music.”

Goulding then started an association with Land Rover, taking delivery of a Range Rover Evoque. “It was very chic and, surprisingly, much easier to park.”

Last year she bought a black Mini Cooper S, which she keeps at her west London home. “I find it perfect for urban driving, although I’ve been touring so much I don’t get much opportunity, and I’m still happy to jump in an Uber. My dream car is a Cadillac. I don’t fancy parking one, though — that would be a comical disaster.”

Ellie Goulding: my life in cars