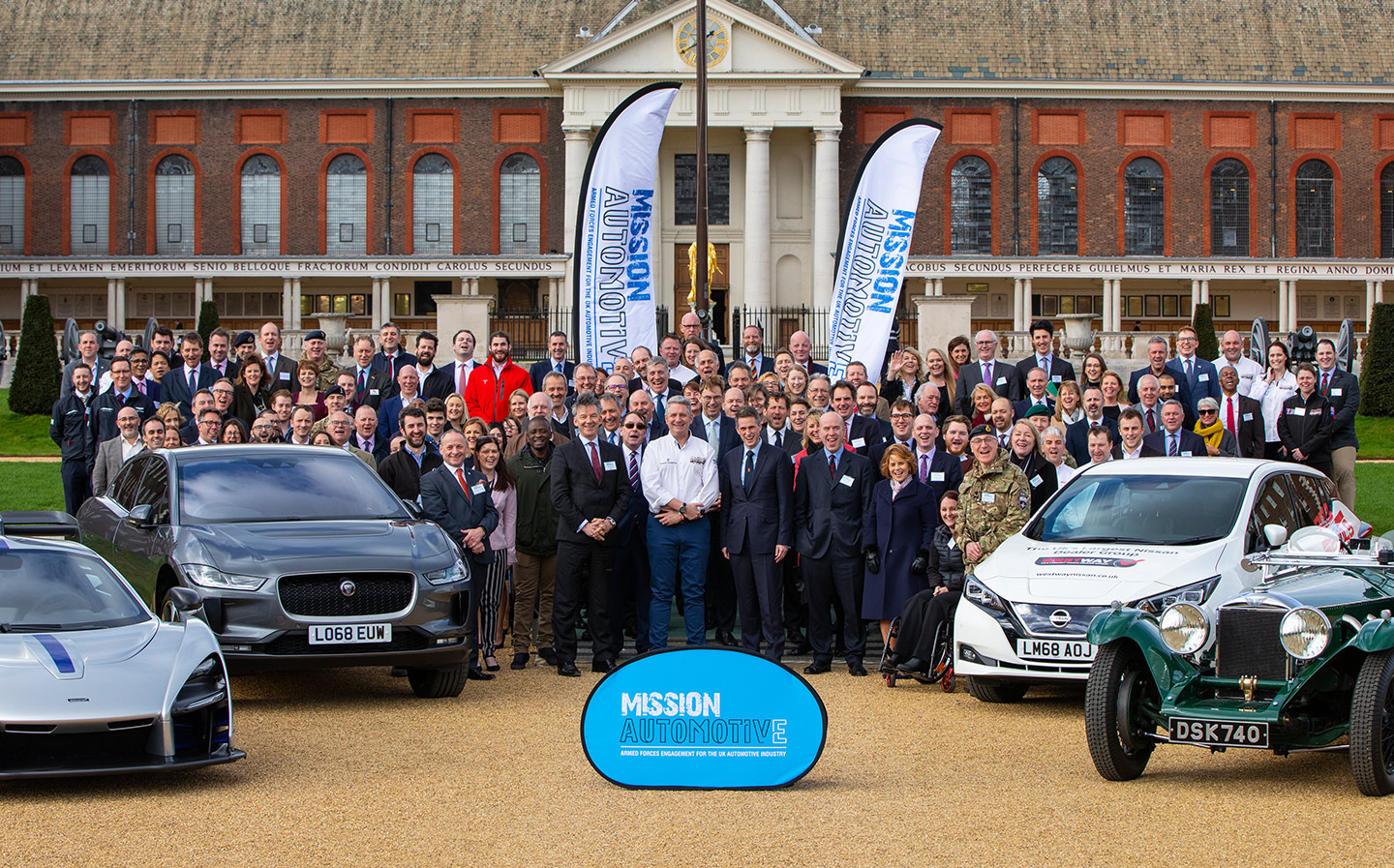 A NEW charity has been established to find jobs in the motor industry for ex-military service people.

Mission Automotive aims to guide former Armed Forces personnel into automotive jobs that will make best use of the advanced knowledge and skills they acquired during their military careers, including around components, infrastructure, software, manufacturing and logistics.

It could be of particular use to the car industry as it rapidly moves into electrification, according to Mission Automotive, as experience with high-voltage electrical systems is commonplace in all three Services. This could prove crucial as the industry undergoes a painful transition from the manufacture of predominantly diesel vehicles to new plug-in and semi-autonomous cars.

The initiative is the brainchild of the people behind Mission Motorsport, the armed forces’ motorsport charity that uses racing and rallying to help rehabilitate wounded military personnel.

“It can be difficult for Service Leavers to translate how their military experience allows them to fit into civilian career,” explains James Cameron, Mission Motorsport CEO.

“Mission Automotive helps organisations to recognise, foster and retain that talent through developing and implementing their own Armed Forces engagement strategies. By promoting these positive business behaviours, the Mission Automotive initiative gives member companies the tools to unlock not only human potential, but also brand and corporate opportunities through embracing the Armed Forces Covenant.”

Mission Automotive’s diverse group of founding members include Jaguar Land Rover, DHL, the Westway Nissan car dealership and Bicester Motion, an automotive resort venture that will include a 344 room hotel, 77,000 square feet of new engineering, workshop and showroom space, and theme park style attractions for visitors to drive on and off-road.

Mission Automotive is also supported by the Society of Motor Manufacturers and Traders, The Royal Foundation and the Ministry of Defence.

“Working as part of the MoD’s Defence Recovery Capability, our partner companies have helped over 1,700 veterans into employment since the first Invictus Games in 2014,” said Cameron. “Our service men and women are a national resource, and have much to offer to society beyond their military service.

“By helping them and their families we boost British industry, and by association the communities in which they resettle.”

Defence secretary Gavin Williamson added: “Mission Automotive will be instrumental in ensuring that these exceptional skills are harnessed, bolstering this vital sector of our economy and providing high skilled jobs for the ex-forces community.”

Mission: Motorsport… and a new lease of life for soldiers