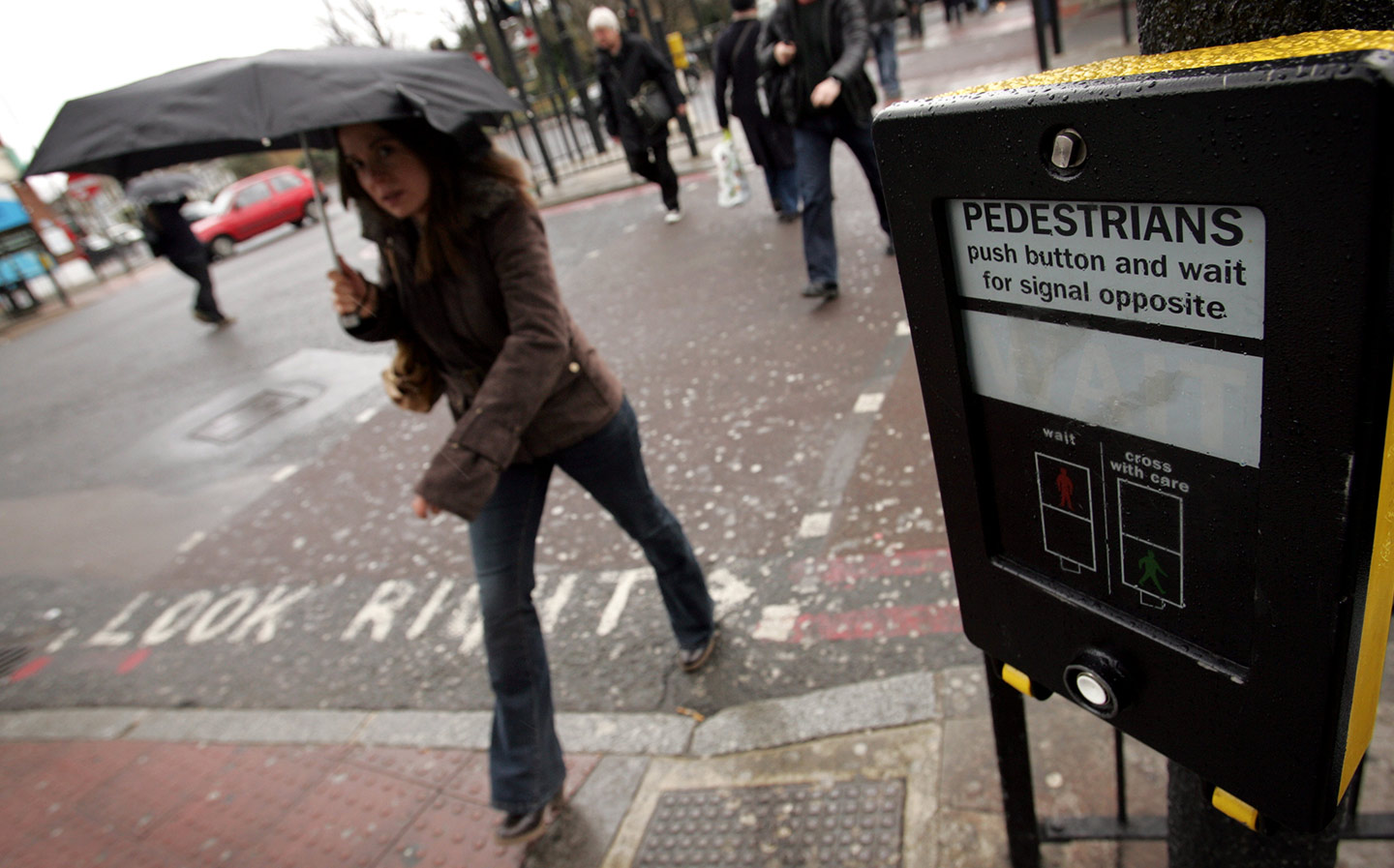 MALE pedestrians are almost twice as likely as female ones to cross a road when the pedestrian light is red and tend to jockey for pole position after it turns green, researchers have found.

The team believes such a cavalier approach to road safety could be a form of sexual signalling. Women tend to wait for the green man because they are more conformist, it suggested.

Pedestrians in different countries have very different attitudes to crossing the road; for instance, the French are 19 times less likely to wait for the lights to change than their Japanese counterparts.

The researchers, led by a team at Strasbourg University in France, set out to discover why people ignore red lights when it increases eightfold or more the risk of being hit by a car.

They staked out three crossings in the centre of Strasbourg and four in Nagoya, a large city in Japan. They watched the lights for an hour at a time on six days, gathering data on 5,445 pedestrians and guessing their age.

The findings, published in the journal Royal Society Open Science, revealed that adults in their twenties were most likely to cross on red, followed by those in their thirties and forties.

“Our results confirm that women seem to be more careful than men, or that men showed more risky behaviours as a sexual strategy,” the researchers wrote.