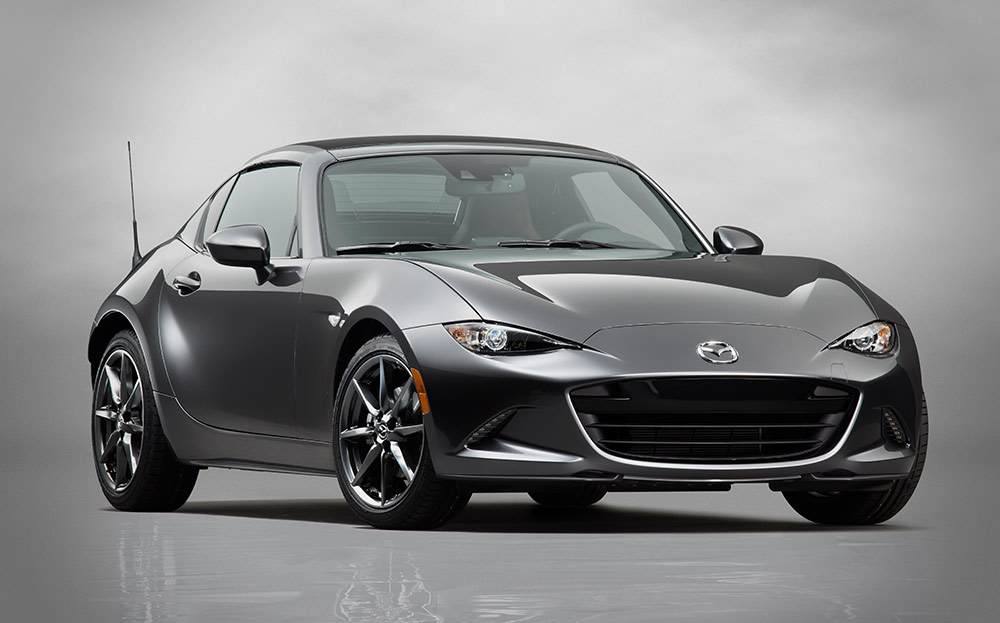 “IF IT works, keep reinventing it” could be the first rule of Japanese manufacturing. Certainly, Mazda has applied it to the MX-5, the sports car it launched in 1989 with a bit of inspiration from the Lotus Elan.

The MX-5 is now in its fourth generation, and the latest variant is the RF (retractable fastback), a sleeker and altogether more refined version of the world’s favourite two-seater.

The fastback is an American concept — Steve McQueen’s Mustang in Bullitt is a classic example — a body style with a streamlined rear end that gives the car a crouching stance. So it is perhaps fitting for it to be applied to a car originally conceived by the US motoring journalist Bob Hall. In the case of the MX-5, it transforms the playful roadster into something meaner and, in silhouette, not a million miles from the Jaguar F-type.

Prices are expected to start at £21,000 when the RF arrives in Britain early next year, £2,500 more than Mazda asks for the basic model.

The system, which you can see in operation above, has drawn comparisons to that of the Porsche 911 Targa 4, a car that will set you back more than four times as much: £90,240, to be exact.

The MX-5 fastback offers the same boot space as the soft-top version and, like the soft-top, will be available in Europe with a revvy petrol engine in either 1.5 or 2-litre guise. The motor is mated to a manual six-speed gearbox or — exclusively for the RF — a six-speed automatic.

Browse the Mazda MX-5s for sale on driving.co.uk

It will be available in a new colour called Machine Grey, a sort of pewter with what Mazda claims is special paint technology that makes the car look as though it is carved from a single ingot.