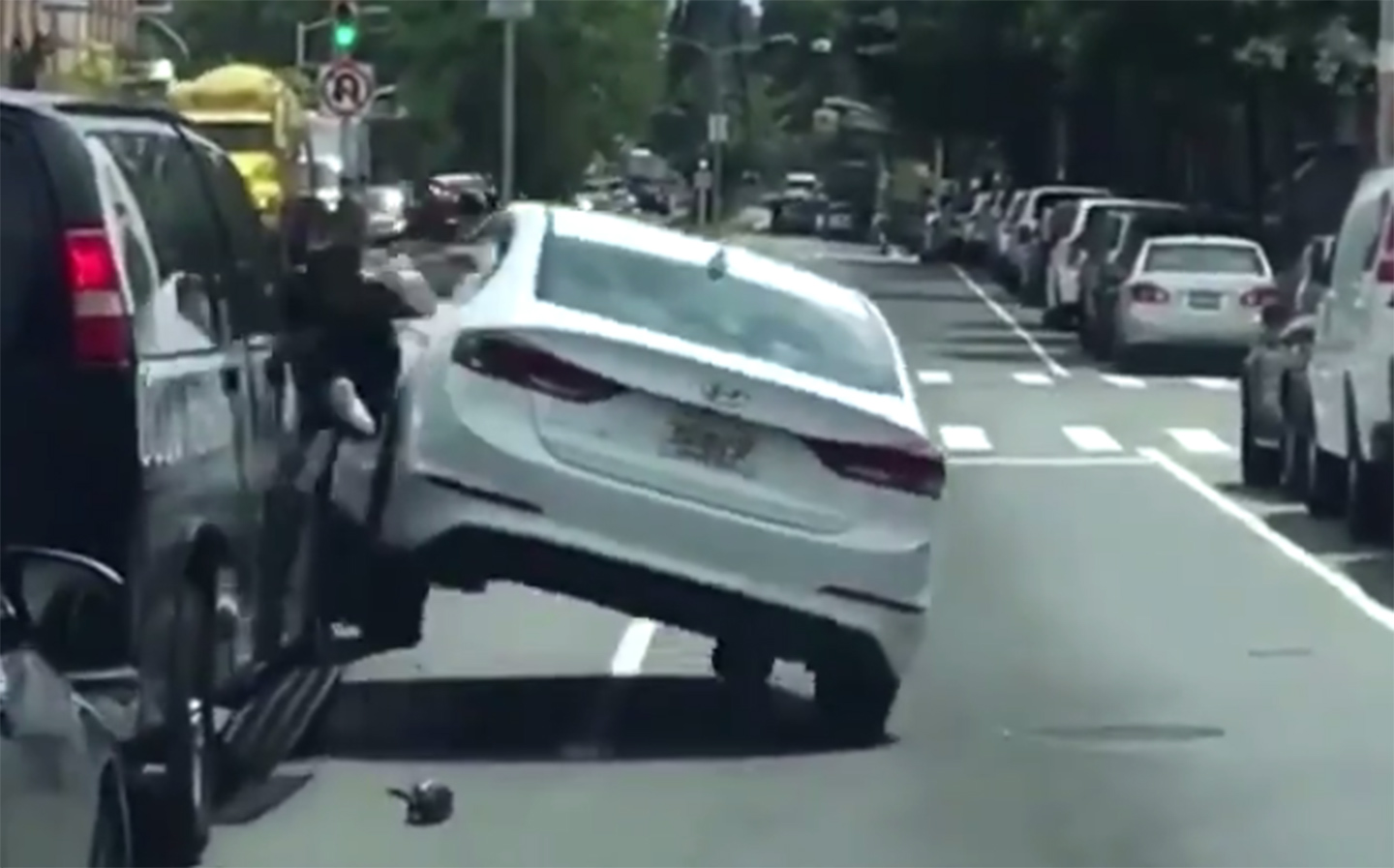 AN AGGRESSIVE tussle between motorists in New York resulted in a man being crushed between two cars as he clung on to the window of his foe’s vehicle.

Shocking footage, captured by another motorist, shows the two men — one of whom was reported to be wielding a utility knife — fighting each other on foot before a third party attempts to calm things down by separating the pair.

Unfortunately, one of the aggressors takes that opportunity to enter his opponent’s Toyota Camry — reportedly stealing the car keys — before sprinting for his own car to make a getaway.

At this point things get really ugly: the Camry owner pursues the other man and clings on to the window of the Hyundai Elantra as it starts to accelerate. In the event, the out-of-control Hyundai veers left and rams into another car, squashing the man in the process.

Wow!! Road rage in Greenpoint at McGuinness & Norman. Watch until the end!! Credit to @GarySchlesinger on the video. #RoadRage #Brooklyn #NYC pic.twitter.com/crAIiZQMl0

Despite being flipped into the air and losing both his shoes in the incident, the Toyota driver only suffered bruising from the ordeal, according to reports.

At the time of writing, police were still on the lookout for the Hyundai driver.