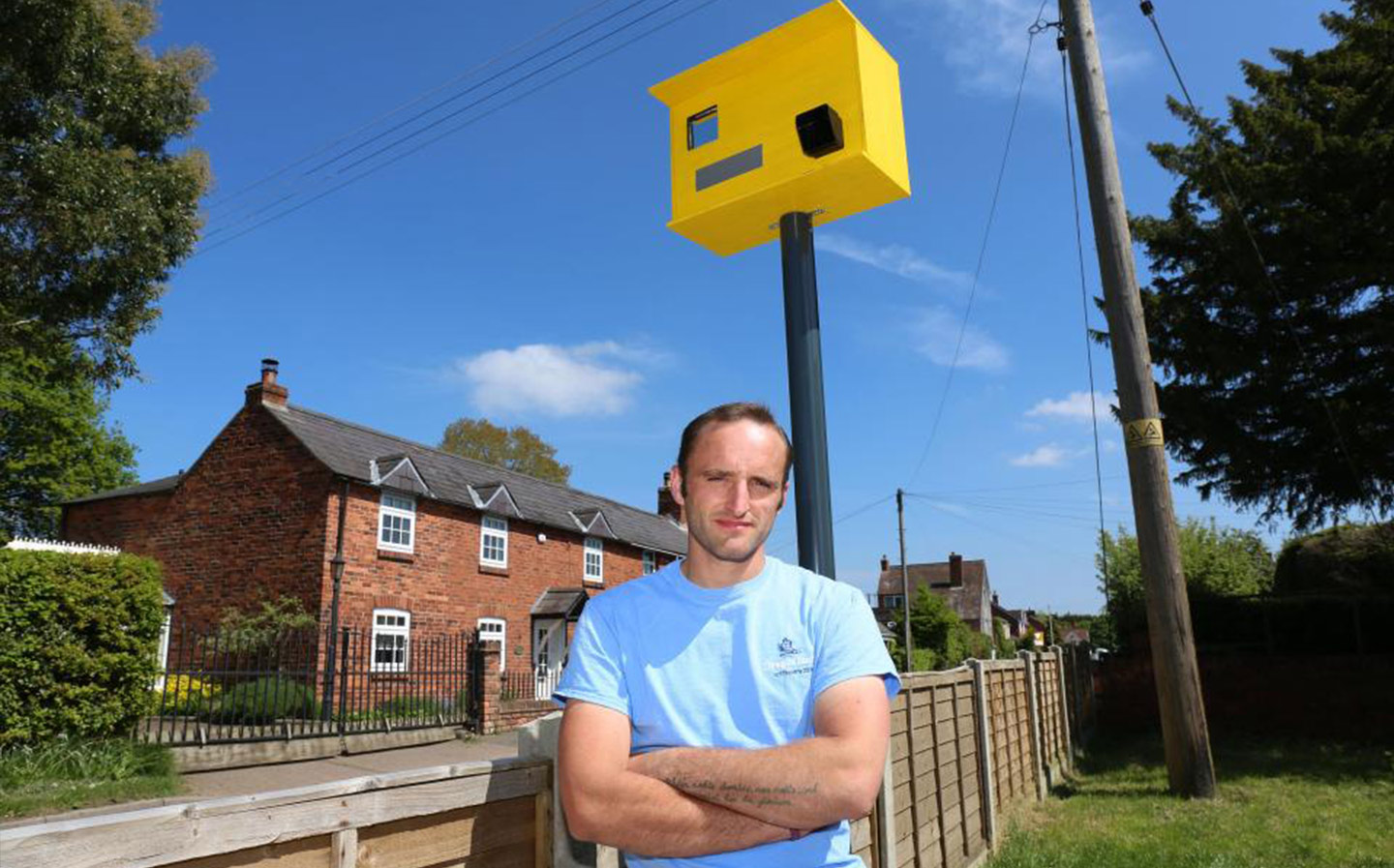 SOME MOTORISTS see speed cameras as a plague but one man was so desperate to slow down the cars passing his door that he erected his own fake Gatso. And drivers have duly been killing their speed.

Jim Dyke, 32, said he’d had enough of drivers hitting speeds of up to 60mph along the 30mph road through his home village of Clows Top, Worcester, so decided to take matters into his own hands.

The carpenter took just three hours to construct his DIY speed camera out of a drain pipe, some screws, a gutter fitting, plywood, yellow paint and a mirrored beer mat, all at a cost of just £25.

Dyke then stuck it in his front garden and waited to see what would happen. Amazingly, it’s doing the job.

“Since the first day we put it up last Saturday we’ve noticed a huge difference,” he said.

“One woman even got out of her car and asked if it was real as if it was, she’d lose her driving licence. We of course told her it wasn’t, but we do hope it makes other motorists think about their speed.

“There has even been a fatality on our road earlier this year which shows how necessary it is that the speed on our road is addressed.”

Jim and his wife, Charlotte, claim they haven’t received any negative backlash so far. In fact, the couple say they have been praised by their neighbours, who are amazed by how many motorists had slowed down to the 30mph limit since spotting the camera.

They hope their creation might even persuade others to build their own.

And this isn’t the first time a Brit has built their own fake Gatso. Earlier this year a worried mum built a similar fake speed camera out of a wooden plank and deodorant lid and placed it a few feet from the edge of the busy A338 through Great Shefford, Berkshire.

The legality of fake speed cameras is something of a grey area, according to the chairman of Great Shefford Parish Council, Steve Ackrill.

He said: “They must not be distracting. But otherwise, so long as they are on private land, I understand that they can stay. We’ll have to wait and see.”