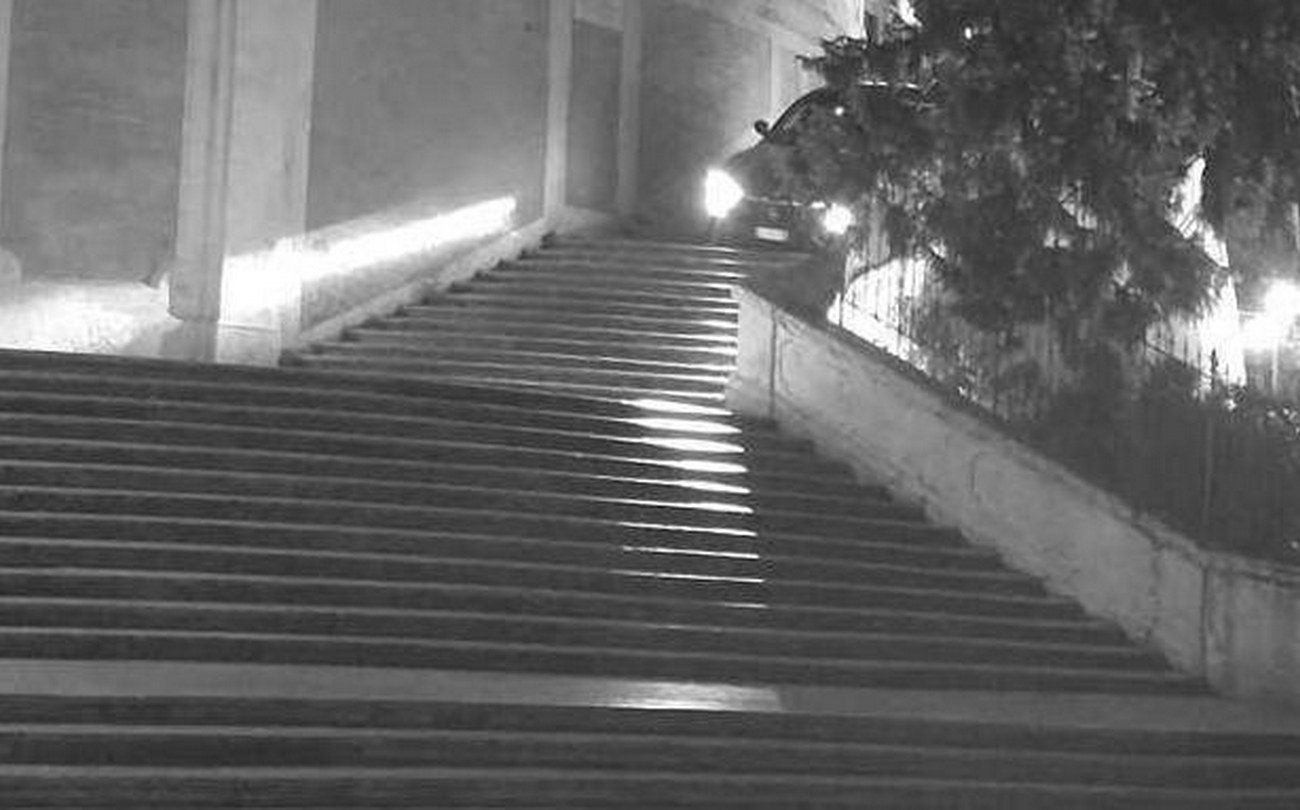 A man has been arrested in Italy after driving his rented Maserati Levante down Rome’s famed Spanish Steps, causing considerable damage to the historic structure.

Police apprehended the Saudi Arabian national at Milan’s Malpensa airport as he attempted to leave the country. He claims, however, that when he drove down the steps he was only following advice from his sat-nav.

“He has told police he is sorry, that he takes responsibility but said he was following his navigator,” said Carlo Dalla Vedova, an Italian lawyer representing the unnamed 37-year-old engineer.

At around midnight on May 10-11, surveillance footage released by police captured the Maserati being driven into the pedestrian zone at the top the Spanish Steps and descending the first flight.

“Video from the scene shows him getting out of the car, holding his head in his hands while the woman [his passenger] starts yelling,” Dalla Vedova said. “He called a tow truck but no one came so he managed to turn the car around and drive back up the steps.”

Police identified the man through his rental car company, and he has since been charged with aggravated damage to cultural heritage and monuments.

In a statement, Rome’s heritage protection body said that the incident had caused fractures to the 16th and 29th steps of the right-hand flight rising up from the Piazza di Spagna below and that some of the fragments were reattached “in order to allow the immediate reopening for pedestrian transit.”

Further work will be necessary “to restore the damaged steps by replacing the fractured portions, with travertine blocks that, in terms of colour and material characteristics, are compatible” with the affected steps, according to the organisation.

Masonry experts also found “widespread chippings, scratches, abrasions and deposits on both ramps of the second level, attributable to the same event”.

The world-famous Spanish Steps have been used as the backdrop for countless films over the years including the 1953 picture, Roman Holiday, starring Audrey Hepburn and Gregory Peck. Between 1723 and 1725, the ornate 136 steps were built to link the church of Trinità dei Monti at the top with the Spanish embassy to the Holy See at the bottom, the latter giving the steps their name.

The steps have been restored several times throughout their 300-year history, most recently in 2015 when a €1.5m (£1.27m) revamp sponsored by the fashion and jewellery brand Bulgari saw much of steps’ travertine, marble, plaster and brick brought back to life.

In 2019, authorities in Rome were accused of applying “fascist-style” measures to control crowds at the Spanish Steps. Visitors (and locals) can now face fines of up to €250 (£213) for simply sitting on the steps with penalties of up to €400 for otherwise dirtying or damaging the structure. The rules are in addition to other, more widespread rules that ban “messy eating” near national monuments, dragging wheeled suitcases or prams down historic staircases and jumping into fountains.

Given that taking an SUV down the Spanish Steps qualifies as a more serious offence and in light of the damage to the structure, the driver of the Maserati could potentially face imprisonment from three months to one year as well as fines ranging from €1,000 (£851) to €3,000 (£2,554) if convicted.