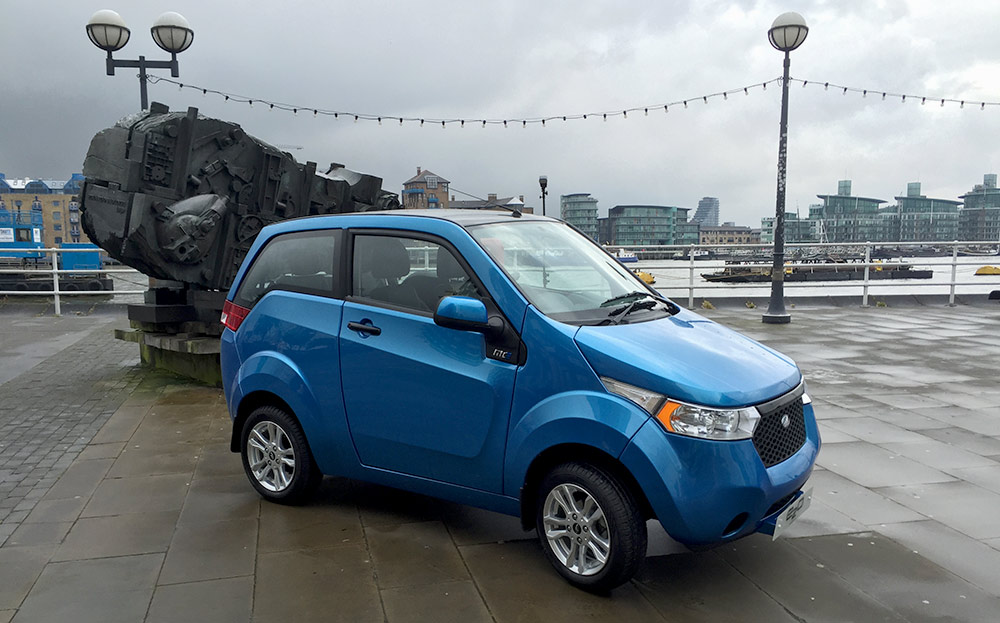 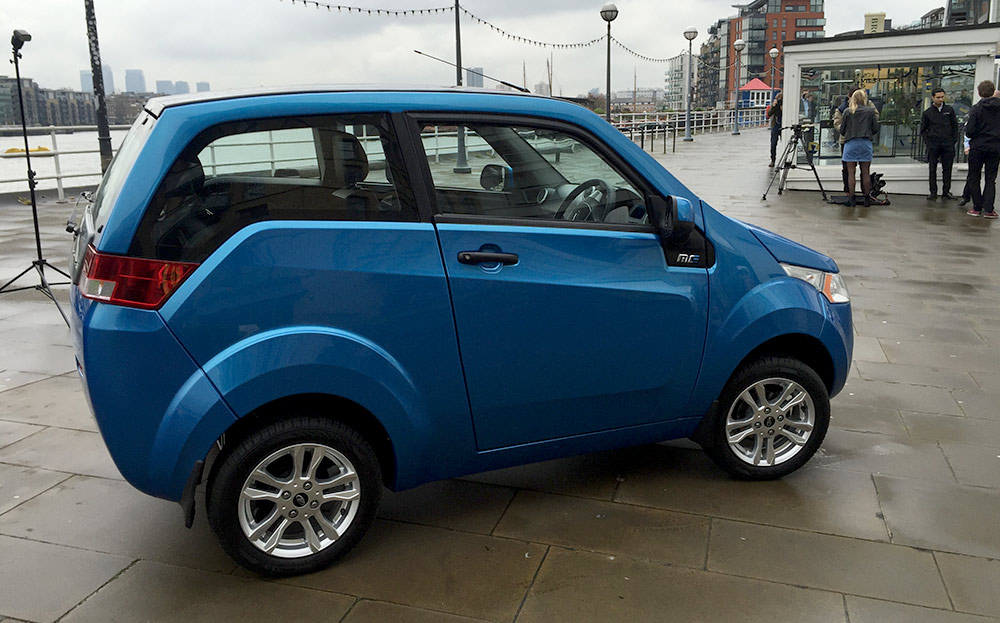 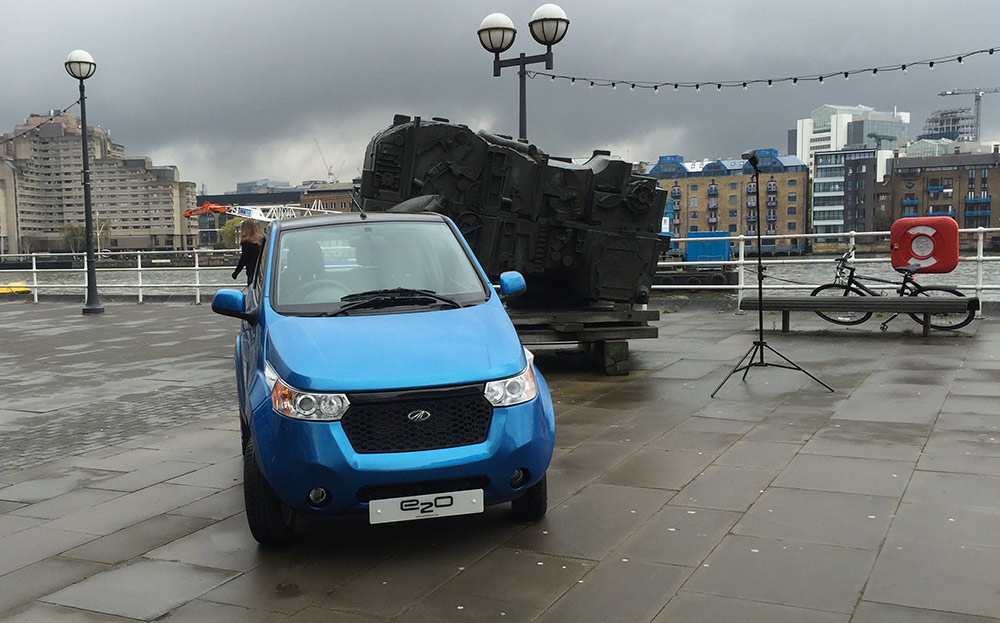 THE LONDON drizzle failed to dampen the enthusiasm of executives of one of India’s biggest industrial conglomerates as they took the wraps of the successor to the G-Wiz city car today.

The battery-powered Mahindra e2o will be made by Indian workers at the company’s factory in Bangalore but the main markets are expected to be cities in the western world, where electric vehicles are subsidised and conversely, fuel-hungry conventional cars attract penalties.

Even so, at £13,000 to £16,000, depending on the trim level, the e2o looks expensive compared to the Renault Twizy which starts at £6,895. Unlike the Twizy, though, and the G-Wiz, which are classified as quadricycles and therefore aren’t required to undergo the same crash testing as cars, the e2o is larger, with four-seats, and comes complete with airbags.

Mahindra argues the two-door electric hatchback deserves to be compared with models like the Renault Zoe and Nissan Leaf, which cost around £18,445 and £25,790 respectively. However, the e2o’s 75-mile driving range can’t match either; the Renault and Nissan can go for over 100 miles between charges, according to official figures.

The price of the e2o was expected to be around £10,000 but is pushed up by the cost of the battery, which is not sold on a separate lease deal, as with some other electric cars. A three-year warranty for the battery comes as standard, with an optional two extra years.

Arvind Mathew, head of Mahindra’s electric vehicle division, said: “The Mahindra e2o redefines sustainable urban driving. We designed it to be more convenient and flexible in keeping with the way our UK customers live and work.”

The G-Wiz, made by Reva, a division of Mahindra, became something of a cult car among London’s right-on drivers, who adored the fact they could park it nose-on to the kerb, and that it was exempt from the London congestion charge and free to park in many Boroughs.

Unfortunately, it didn’t stand up well in accidents and, though arguably more robust than its nearest equivalent rival, the bicycle, it offered poor levels of collision protection in accidents.