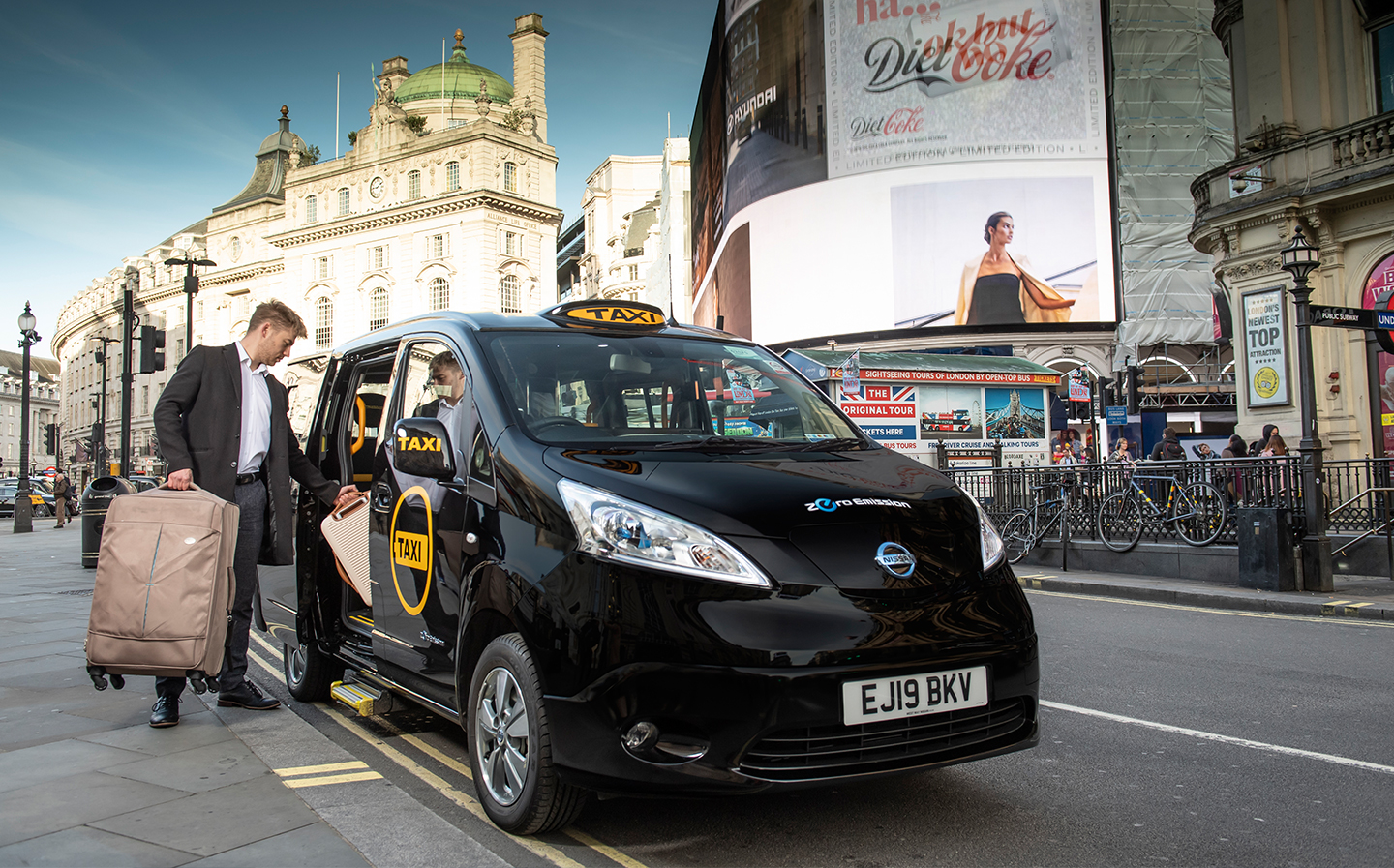 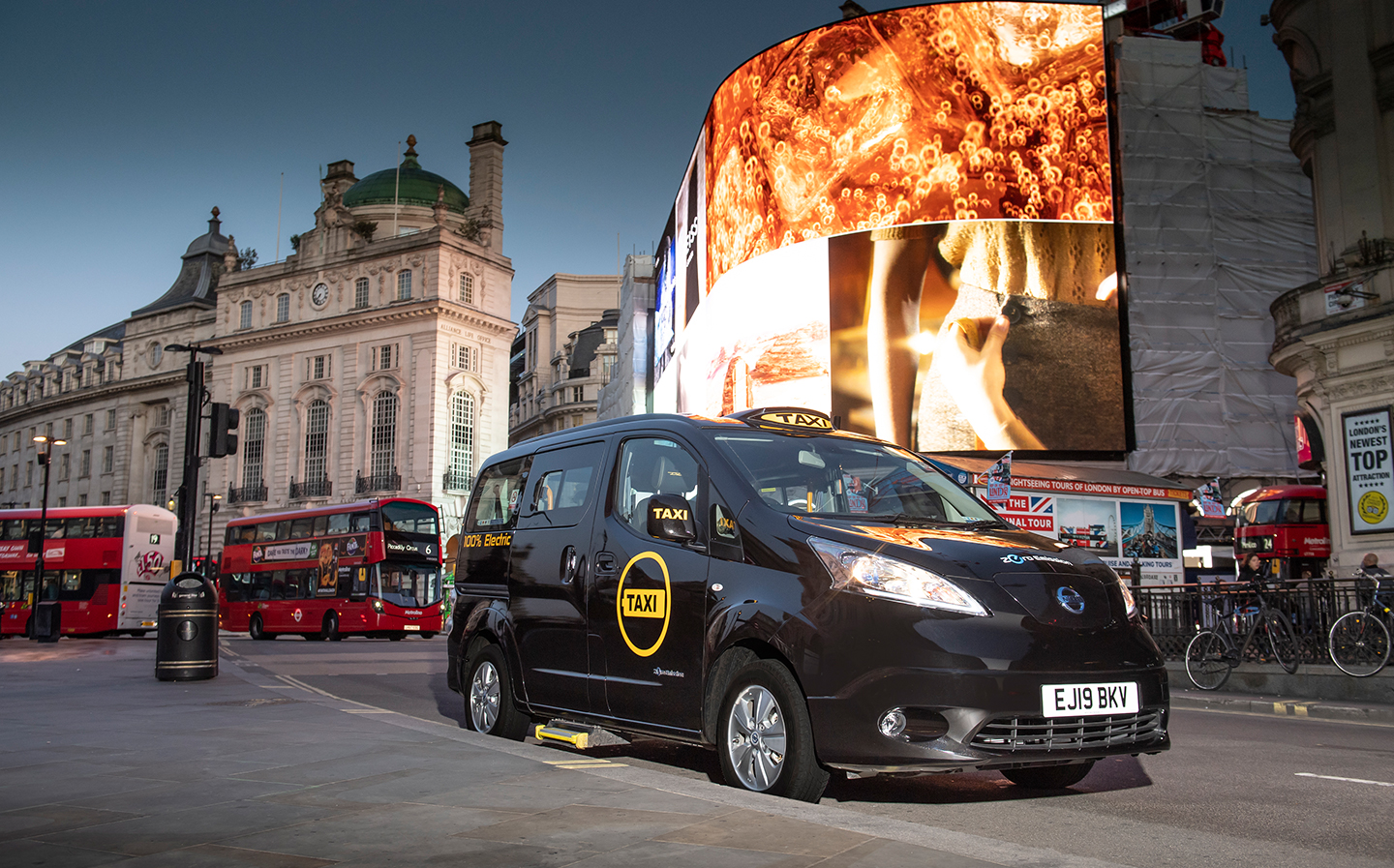 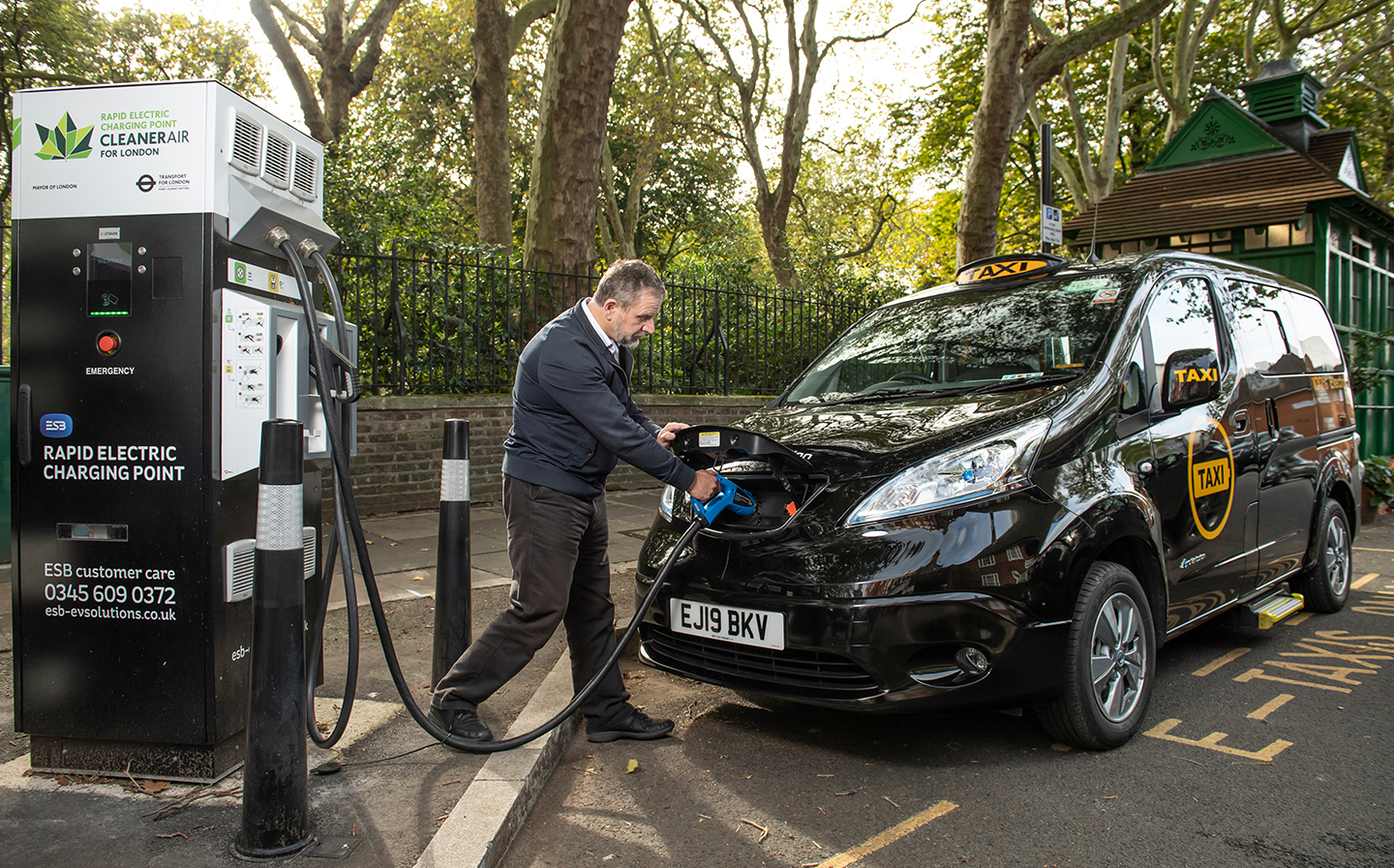 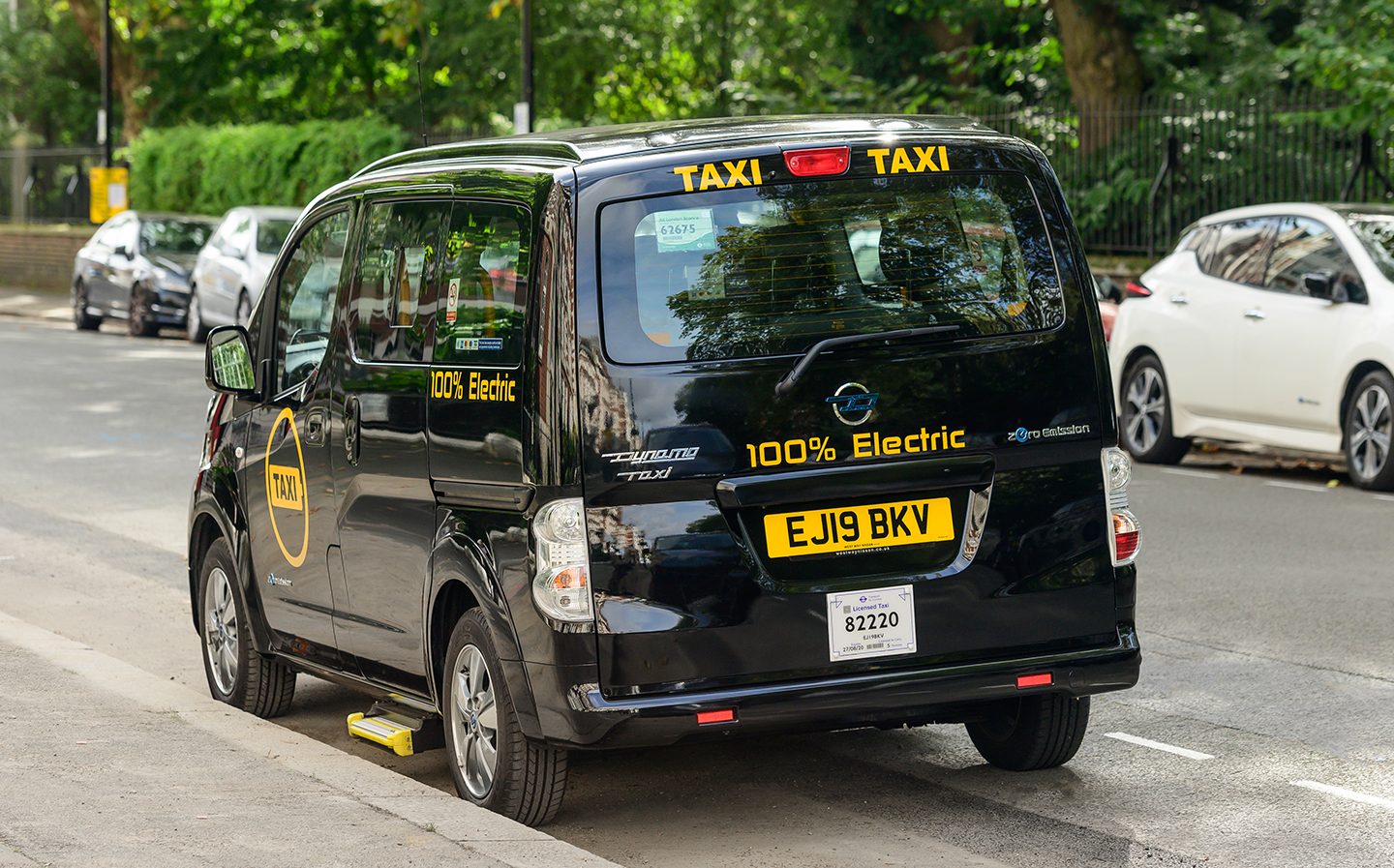 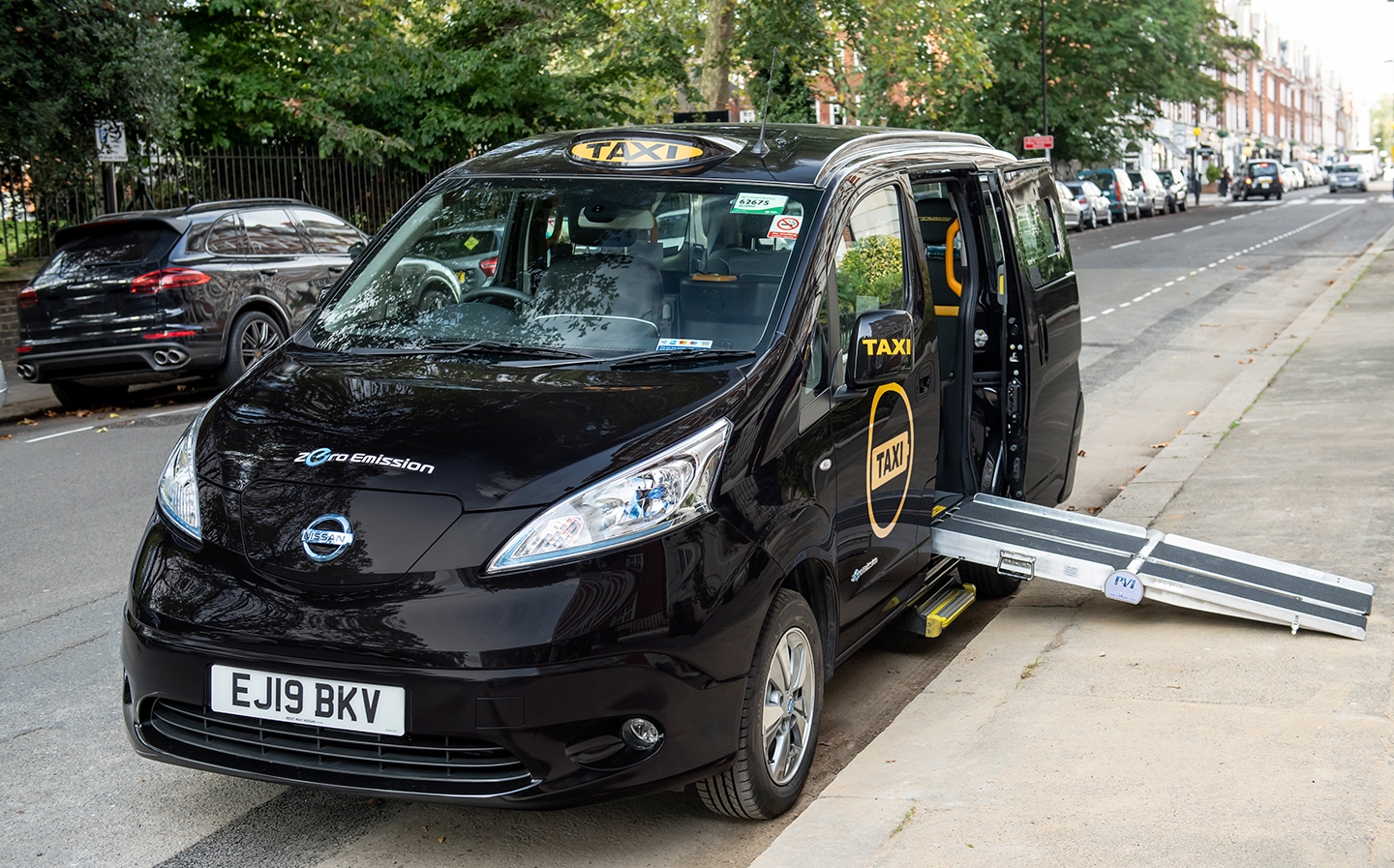 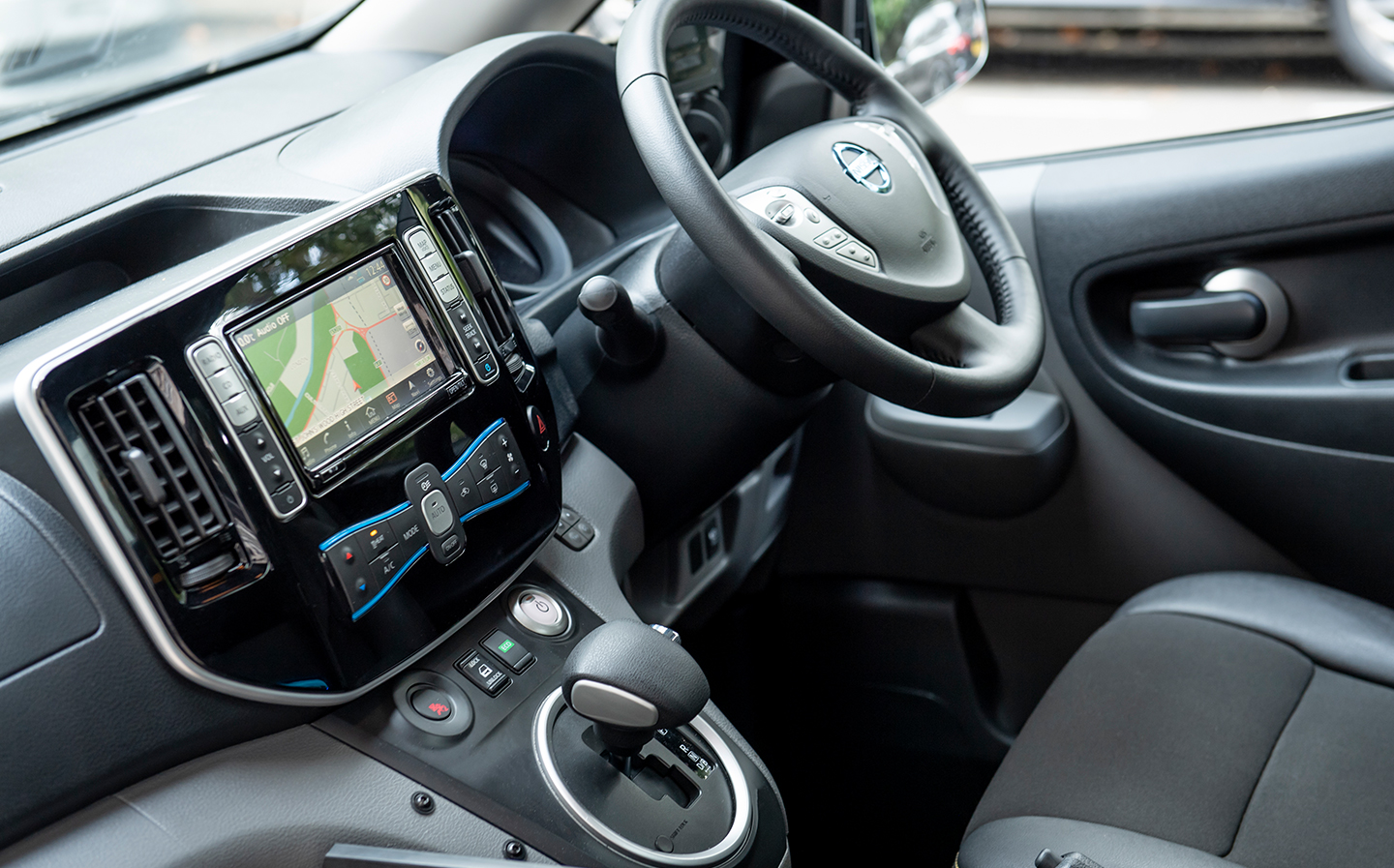 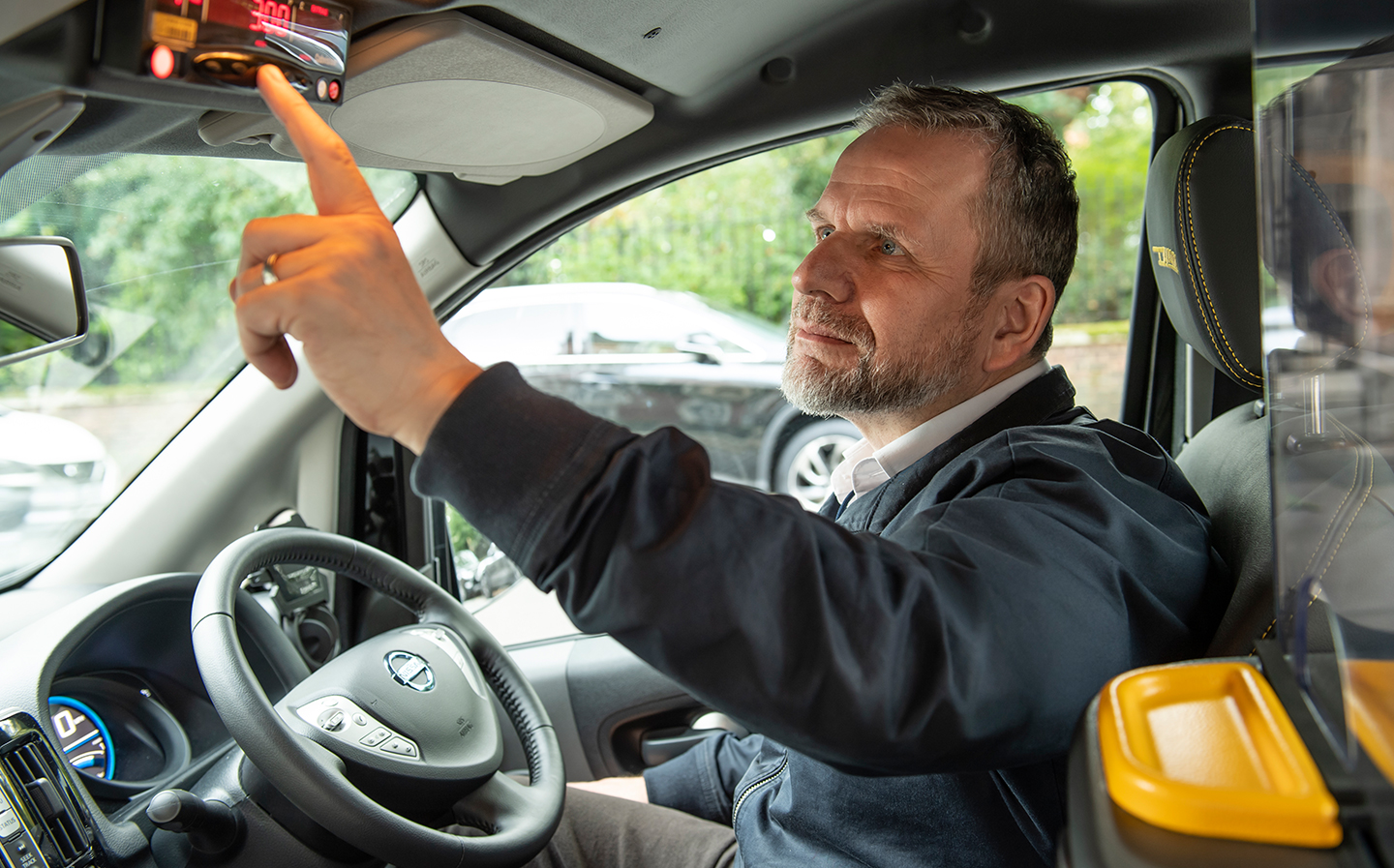 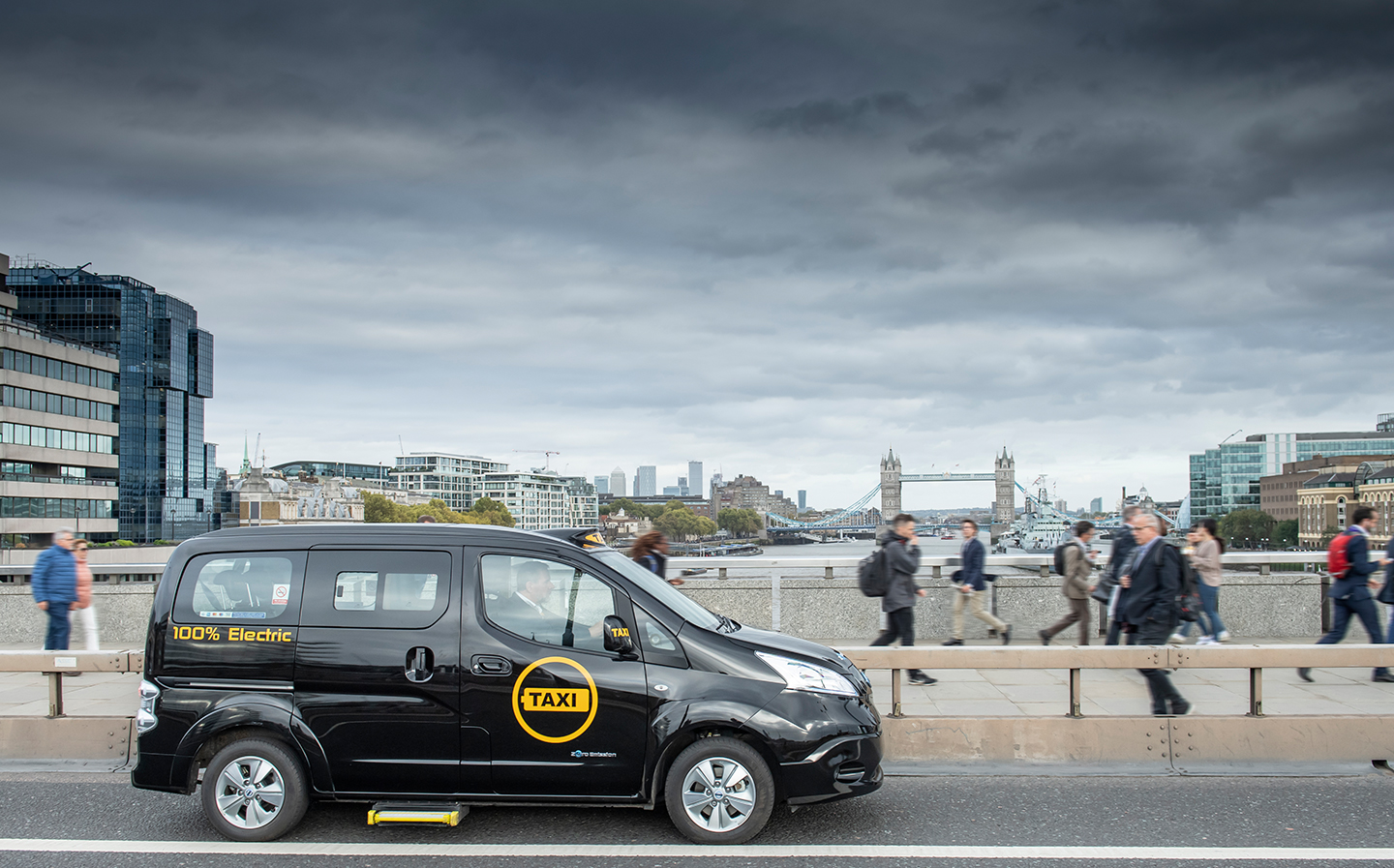 A NEW pure-electric black cab has been launched in London, bringing officially-licenced zero-emission ‘Hackney Carriages’ to the capital’s streets for the first time since the Bersey Taxi was withdrawn from service in 1899.

But while the Bersey had a top speed of 9mph and could only manage 30 miles between recharges, the new Transport for London-approved Dynamo Taxi is capable of reaching 76mph and can travel up to 189 miles in city conditions, according to the WLTP test.

That electric range is more than enough to satisfy London’s licensed taxi drivers, according to Dynamo, which quotes an average daily distance of 90 to 120 miles.

Should a top up be required during a shift, the Dynamo is capable of CHAdeMo rapid charging at 50kW, which is quick enough to refill the battery in under an hour, according to the manufacturer. There are currently 180 compatible rapid chargers in London, with TfL promising to install 300 by 2020.

Based on the Nissan e-NV200, Europe’s best-selling electric light commercial vehicle, the Coventry-built Dynamo Taxi has been developed to meet all the preconditions of an official London black cab, including re-engineering the steering to meet TfL’s 25ft turning circle requirement, allowing it to tackle the tightest of London’s streets.

It has also been and kitted out with a wheelchair ramp, seating for up to five passengers, a glass roof and a contactless payment system. Drivers get a heated seat and steering wheel.

The Dynamo Taxi costs £55,495, which makes it highly-competitive with the other plug-in black cab, the LEVC TX extended-range electric cab, which was launched in December 2017 for upwards of £55,599. After the £7,500 government Plug-in Car Grant, the price of the Dynamo comes down to £47,995.

Switching from diesel cabs to electric significantly reduces running costs, according to Dynamo, as the average £25 daily cost of fuel is reduced to between £3 and £6 in electricity, if charging at home at night. In addition, drivers benefit from zero VED (road tax), lower servicing costs and no potential charges for entering clean air zones.

Nissan GB’s managing director Kalyana Sivagnanam also highlighted the additional benefit of reduced noise, which he said, “adds to the quality of life for drivers, passengers and pedestrians alike.”

George Freeman, the new minister for the future of transport, said the environmental and health benefits of electric taxis are significant.

He said: “This matters so much because, one, 30,000 people every year die in this country unnecessarily from air pollution; two, the world faces an urgent challenge to slow down and arrest, and in due course reverse the pace at which the planet is warming; and three, this electrical revolution is going to sweep the world, and the UK has a choice: are we going to lead it or follow it?

“We decided in this country that we’re going to lead it strategically, and in so doing help to create hundreds of thousands of jobs, help to make the UK the home of tomorrow’s companies developing tomorrow’s products and services, and help set the international standards to support what is a global revolution in transport.”

Taxis currently account for 16% of all vehicle nitrogen oxide (NOx) emissions in central London, according to TfL figures. To curb emissions and help the city meet its target of becoming a zero carbon city by 2050, TfL now requires new licenced taxis to emit less than 50g/km of CO2 and have a mandatory zero emissions range of at least 30 miles.

The city also plans to introduce local zero emissions zones on top of the Ultra-low Emissions Zone (ULEZ), which currently operates within the Congestion Charge zone in central London but will expand to the North and South Circular roads from October 25, 2021. Research by the Mayor of London’s office found the London’s ULEZ has reduced roadside NOx pollution by a third since its introduction in April.

The Mayor of London, Sadiq Khan said: “Air pollution is a national health crisis that is stunting the lung development of our children and leading to thousands of premature deaths. We have cut pollution by a third in central London by introducing the world’s first Ultra Low Emission Zone and worked tirelessly to clean up the bus and taxi fleet.

“London’s black cabs are known around the world, which is why I am pleased to launch the first all-electric London black cab by Dynamo. Working with cabbies to go electric is a key part of our plans to improve London’s air quality. The Dynamo Taxi will accelerate the retirement of polluting diesel taxis from city streets across the UK, improving air quality, helping to tackle the climate emergency and to create a green economy. I’ve been delighted by the number of cabbies who have applied for our £42 million fund to trade in their older, dirtier vehicles earlier – doing their bit to improve our filthy air.”

Freeman said the government is supporting the growing uptake of electric vehicles by investing nearly £1.5bn through its Road to Zero programme, and £400m through a joint government and industry Charging Infrastructure Investment Fund for electric charging.