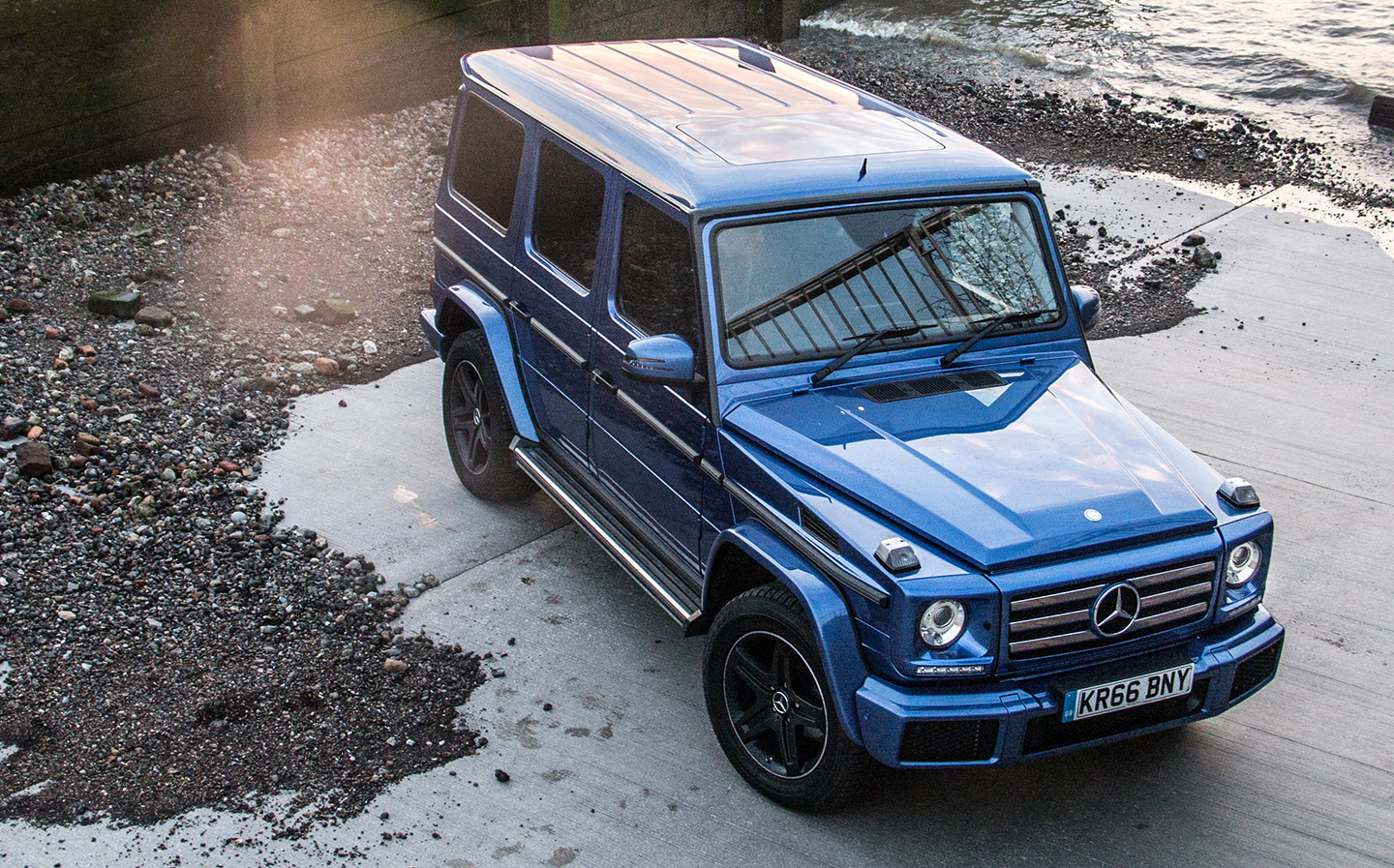 IF YOU were to line up Mercedes’ entire model range, one car would stand out like a sore thumb — the boxy G-class, or G-Wagen, as it used to be known. This car has remained pretty much unchanged for more than 35 years. If the Tesla Model X makes you feel like Buzz Lightyear, then the G makes you feel like Indiana Jones.

The two cars are arguably in the same pigeonhole: both luxury SUVs with a list price in the £80,000-£90,000 bracket. But they could not be more different in approach. Take the doors. The Tesla opens with a press on a touchscreen, whereas a Mercedes G-class is all exposed hinges and nods to its military heritage. It requires some heft to open and close these weighty doors, with their old-school press-button lock release.

The G is still handbuilt, taking three times as long as a normal Merc to put together, and feels solid and high quality. After climbing up into its very high cabin, you realise why people queue up to buy this old warhorse.

It’s not quite as luxurious as some of its competitors, and the 21st-century tech seems out of place in the Seventies body. You feel invincible, though, in this grown-up Tonka toy. Even driving in the city, with your face unusually close to the windscreen behind a shallow dashboard, you are on an urban safari. Take it further afield, and there is a very real temptation to head up the nearest mountain. It is an authentic, rugged and capable 4×4.

Is it a surprise that Mercedes still makes it? A cynic might say, “Not at all: sales are good.” But still, someone in that company has had to sit down and make a conscious decision to keep producing this classic. Will Land Rover, when it releases its hotly awaited Defender replacement, simply tweak the model, or completely redesign its own slab-sided icon?