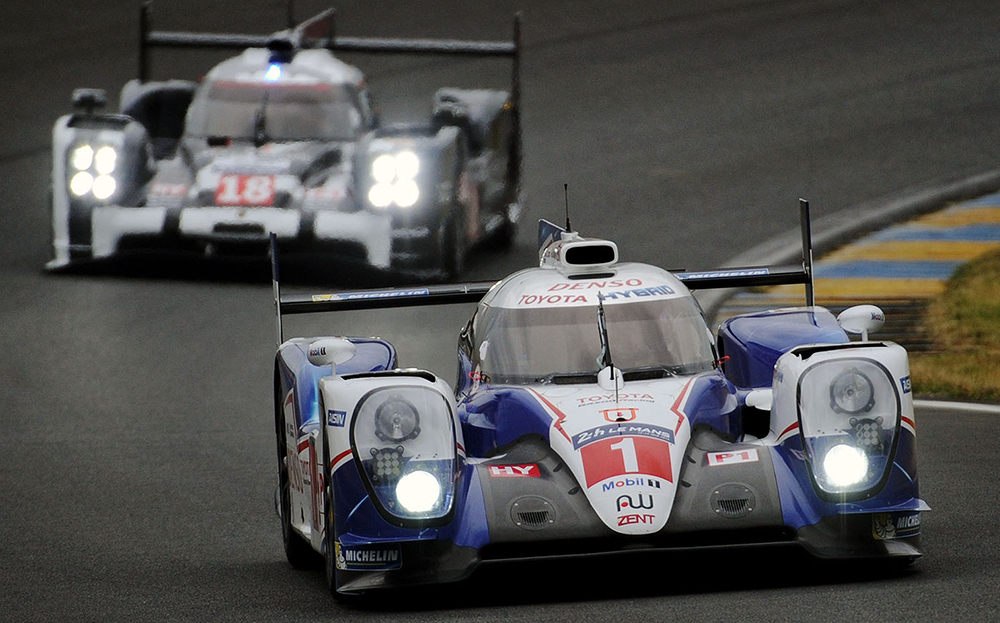 Read the latest REVIEWS or search NEW or USED cars for sale on driving.co.uk

The former Red Bull Formula One driver Mark Webber is not given to hyperbole, but few would disagree with his view of the Le Mans 24 Hours. When he raced last year for Porsche, he concluded that the physical demands, the drama and the distance made it the equivalent of an entire season of F1 in a day. Known as the toughest circuit race in the world, Le Mans gets under way next weekend and the excitement is building as thousands of spectators begin to arrive at the site in northern France.

The rules are simple: each of the 56 cars must complete as many laps of the 8½-mile Circuit de la Sarthe as possible in 24 hours. The leaders will average 135mph, hitting top speeds of more than 200mph come rain, shine, night or day.

It’s a task made more difficult by the nature of the track, which is mainly made up of closed public roads with little run-off space and a smooth, slippery surface scarred with ruts from lorry wheels. Spectacular crashes are common and breakdowns a constant risk.

The challenge has attracted top-level drivers. This year Webber will be joined at Porsche by Nico Hulkenberg, who is racing for Force India in this season’s F1 championship. Other former F1 drivers, including Max Chilton, Anthony Davidson and Alexander Wurz, are also competing. “F1 is not going through its best time at the moment, but endurance racing is in a great place,” says Chilton, who drives for Nissan. 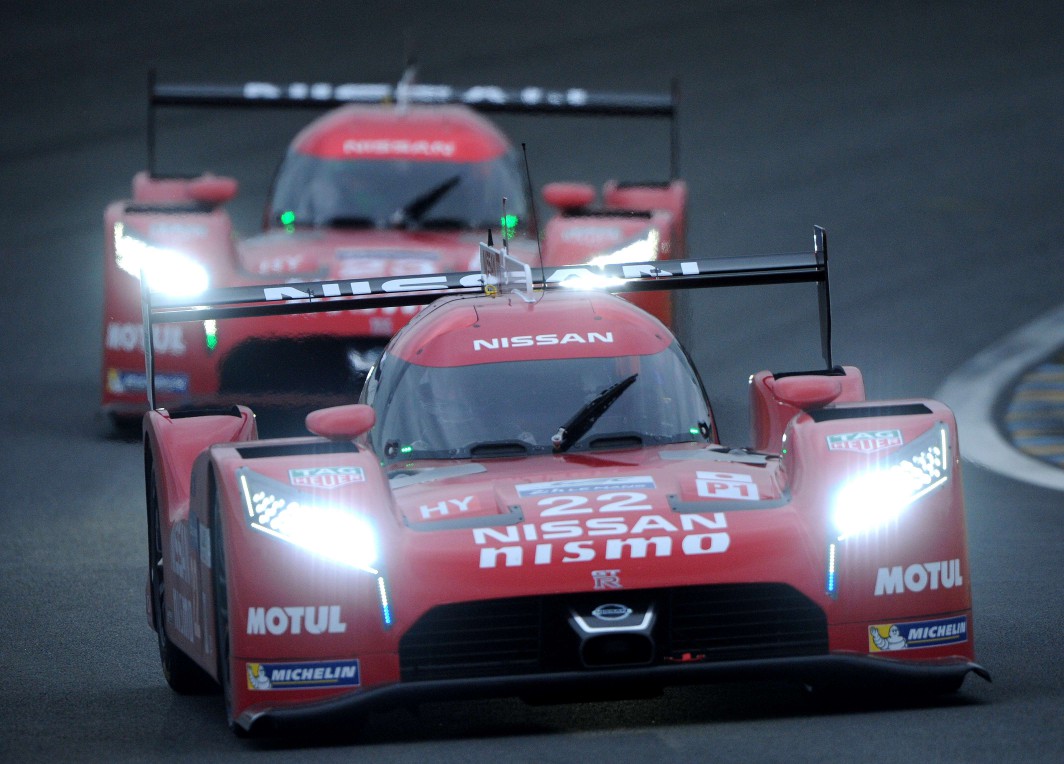 Between 35,000 and 40,000 Britons will cross the Channel to join a further 200,000 fans in a party that can last a week. Spectators will begin filling the campsites today, and the crowds will swell until 3pm on Saturday, when the French national flag will fall, signalling the start of the 83rd race.

“It wasn’t until I actually saw it that I understood the magic that people talk about,” says the British driver Oliver Jarvis, who is racing for Audi. “There’s a real build-up throughout the week as you get closer. Then there’s the race, watching the brake discs glow at night; seeing the cars go through the Porsche Curves at a incredible speed.”

Each car has three drivers who share the steering wheel, in stints of between two and three hours. On the face of it, they must simply drive as fast as possible, yet winning takes more than a heavy right foot. You need a car that sips fuel to minimise the number of pit stops, but has enough power to blast down the long straights at more than 200mph. It has to be as light as possible, but sturdy enough to withstand a day and night of hard acceleration, heavy braking, crashing over kerbs and the odd bump or scrape.

Then you need a team that can monitor the car’s complex systems and devise a strategy that allows it to run at top speed while minimising the amount of time spent in the pits.

Finally, your three drivers will need superhuman skills. They may get no sleep at all, or perhaps just an hour before they have to pull on their overalls again. There’s no time to ease themselves in. Less then 60 seconds after leaving the pits, they will be flat out at 200mph.

They have to drive with pinpoint accuracy, even at night when the side of the track, including the signs used as braking points, can barely be seen.

Jarvis gives an idea of the level of precision needed, as he describes taking the slow Arnage Corner: “It’s probably one of the easiest corners to make a mistake, lock the wheels and go straight on,” he says. “It’s a corner you’ve got to push at, but leave a metre or two of margin because it’s very low grip.”

As if all that were not hard enough, the drivers must also deal with the rest of the field. The Le Mans race is in effect four races at once. The leading teams compete in the category known as LMP1: the class with the fastest and most sophisticated machines, which are engineered to F1 levels. Below them are the LMP2 cars, cheaper to run and not quite as fast. 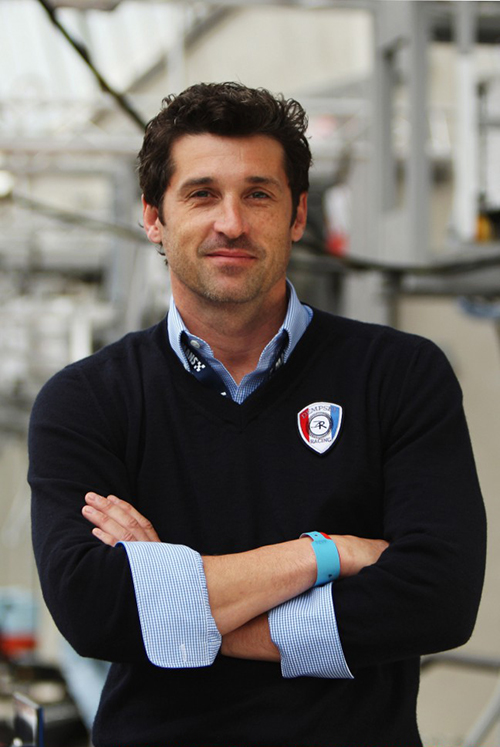 Then come the GT cars: Ferraris, Porsches, Aston Martins and Corvettes, which are based on production cars and split into two categories. One is for teams of professional drivers and the other is for amateur teams that include gentleman racers, including the Grey’s Anatomy actor Patrick Dempsey (above). As well as having entertaining battles between themselves, these cars act as mobile chicanes that the LMP1 cars, which lap them between 40 and 50 times during the race, weave round in the style of a 1980s American cop film.

This year’s competition should be the most exciting for a generation. Most see it as a three-horse race. The defending champion, Audi, is the favourite. It has won nine of the past 10 races and has 13 victories in total, with impressive consistency. Then there is Toyota, which finished third last year but beat Audi to the overall world endurance championship (Le Mans is the star race in the series). Closing the gap is Porsche, which has won at Le Mans a record 16 times and this season has looked blisteringly fast. An outside bet is Nissan.

The action may be spine-tinglingly exciting but the race also serves a practical purpose. With looser rules than F1, teams can develop technology that trickles down to road cars. Audi has pioneered digital rear-view mirrors and LED headlights; Porsche’s new 911 GT3 RS has a similar crankshaft to that of its 919 racing car.

Spare a thought too for the all-British Strakka Racing LMP2 team. It has used 3D printing to make more than 5% of the parts of its car — including its dashboard. Whether they are sturdy enough to withstand Le Mans remains to be seen.

The race begins at 3pm on Saturday, but there is much to see and do before then. Teams start arriving today and spectators can buy tickets for the whole week, with prices from €75 (£55).

Most spectators arrive on the Friday before the race when there’s an afternoon driver’s parade in the town. At 9am on Saturday there’s a warm-up, followed by support races leading up to the main event.

During the action, if you haven’t got a grandstand ticket, pick a good point for the start: we like the infield after the first corner and before the first chicane. There’s plenty of track to explore during the race: don’t miss the heavy braking zone at Mulsanne or the high-speed Porsche Curves. It’s worth joining the long queue near the Paddock for crêpes slathered in Grand Marnier and, after you’ve polished them off, there’s no shame in having a sleep: just try to get up to see dawn breaking over the circuit.

On TV, British Eurosport is showing the race live. If you don’t have this satellite channel, a live stream of the race will cost €9.99, either online at members.fiawec.comor through apps for Apple and Android (search for 24 Heures du Mans). If you pay for the live stream, you will be able to select an onboard camera from any car in the race.

This year there will also be a torrent of broadcasts via the live video streaming app Periscope. It’s the first time this has been done, so nobody’s sure what to expect. On Periscope, follow the race organiser at 24 Hours of Le Mans, Nissan at Nissan Nismo and Audi at Audi Sport. You can find out more about your favourite team on Twitter.

Read the latest REVIEWS or search NEW or USED cars for sale on driving.co.uk