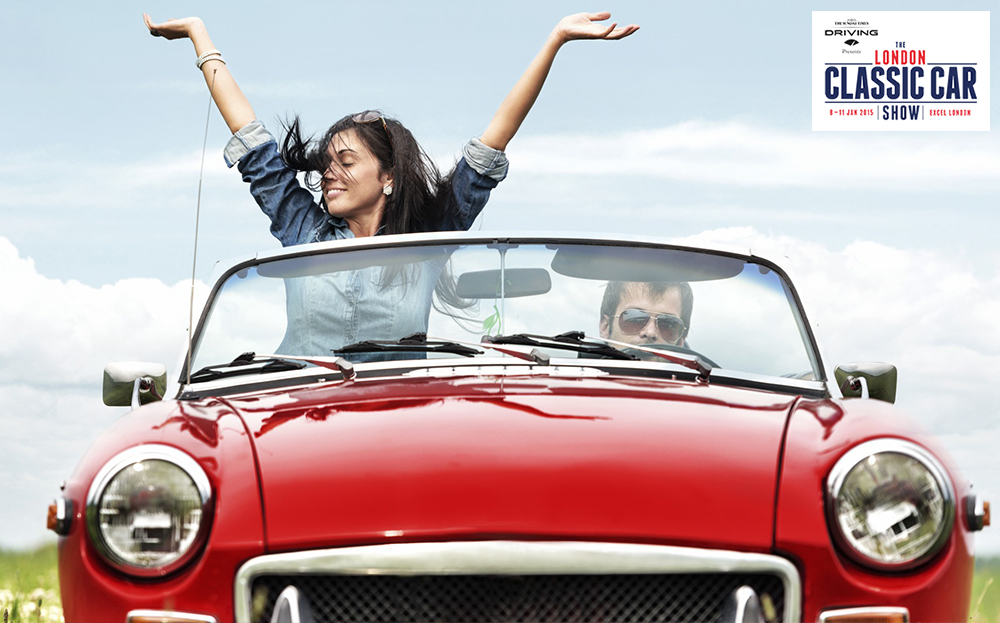 NO ONE needs a classic car. Buying one is a purchase motivated entirely by emotion, and there, in a nutshell, is the problem for anyone thinking of taking the plunge. Love is blind, and because old cars have a habit of going wrong and costing a small fortune to fix, choosing one with your eyes wide shut can bring on a world of pain. I should know, because that’s exactly what I did.

It was a 1981 Lotus Esprit S3 model, and by then the Norfolk company had been making them for five years. In that time it had had two thorough facelifts accompanied by a host of mechanical “improvements”, so the problems (too many to list) that afflicted the early cars should have been eradicated. Surely.

Anyway, how bad could it be? The Esprit’s beautiful body was fashioned from glass-reinforced plastic, so the real terror of most British cars designed in the 1970s — that it would swiftly become a rusting pile of iron filings — was not an issue. It also had a simple four-cylinder engine without a turbo, so wasn’t even that stressed, a Citroën gearbox and proven parts sourced from all over the sagging British Leyland empire, from its Morris Marina door handles to its Land Rover indicator stalks. What was left to go wrong?

At first, it behaved. It did all those things I dreamt an Esprit would do: it cornered so fast that I felt I was on a fairground ride, it scared my friends and it even impressed the odd girl who thought my upgrade from a scruffy Golf to a sleek Esprit the result of career progression, not self-inflicted near-bankruptcy.

Gaps between the body panels that were as wide as canals should have been the first warning of shoddy workmanship.

Then there was the early-morning ritual of trying to get the engine started. I’d sit in the street in my jet black supercar, starter motor churning, trying to coax some life from the engine as curtains twitched and passers-by smirked. Eventually the motor would catch and settle into a reasonably even idle, but the moment you touched the accelerator it would splutter to a halt. So I had to wait until the engine was properly warm before it would deign to provide forward propulsion. On a cold winter’s day that could take 20 minutes, which, point to point, made it slower than a Citroën 2CV.

Then the exhaust fell off, which made the car sound like a truck as the cockpit filled with fumes. While it was on the ramp having the exhaust replaced, the fitter asked how all the body damage had occurred. What damage? Upon closer inspection the underside of my Esprit looked like that of an aircraft that had performed a wheels-up belly landing.

At that stage I should have chucked it back at the vendor and demanded my money back, but something — pride, or perhaps the fear of being laughed at — held me back. So I soldiered on.

The next thing was a peculiar vibration, as though someone was trying to penetrate the engine bay with a pneumatic drill. It turned out to be the cooling fan slipping its moorings.That was relatively inexpensive to repair. Then the clutch failed, which was decidedly more expensive to fix.

After that, life with my stylish status symbol becomes a bit of a blur. I recall some piece of interior trim coming loose. Too frightened to find out what other horrors a professional might find if asked to mend it, I glued it back with Araldite.

Have I mentioned the headlamps? Pop-up lights were very much in vogue in those days of shovel-snouted supercars because they preserved their appearance by day and reached the minimum projection height by night. But mine weren’t content to subscribe to such tedious conventions, so they’d pop up and down at times entirely of their own choosing. Better, each light was an independent spirit that felt no compunction to wait for its partner before doing its thing. Other drivers thought I was winking at them.

I also recall first gear becoming increasingly difficult to engage, the engine intermittently losing power and the handbrake packing up, but not in which order.

Then it was my turn to reach breaking point. Late on a wet Sunday night somewhere on the A11 southwest of Norwich the alternator gave up the struggle of powering the lights and wipers, bringing me to a halt at the side of the road. As I waited, cold and tired, for the AA to recover it — again — it occurred to me that I could not recall a single journey, not one, in which something had not failed or ceased to operate as it should. For the first time, I hated that car.

My final mistake was to ask the dealer who sold it to me to buy it back, but my conscience wouldn’t let me inflict it upon anyone else. Knowing what a lemon the car was, he offered me little more than half what I’d paid him for it just seven months earlier. I accepted gladly.

It was a lesson learnt. So how do you make sure your classic car dream does not turn to disaster? There are plenty of rules, and these are the most important.

First, ignore perceived condition. Shiny paint is far better at concealing true condition than revealing it. If a car is meant to have a steel body, take a magnet and make sure it’s not full of filler. Make sure you know your subject, too. Every classic car has a club that will be able to put you in touch with an expert. Find out which are the sought-after models and options, what goes wrong and what tell-tale signs of neglect and/or abuse to look for. It’s called homework, and every classic car buyer should do theirs.

When you go to see a classic car, never view it alone. Take a friend and tell them it’s their job to talk you out of buying it. If they can’t, you may be on to something. And regardless of what they say, get underneath it, either by jacking it up (using axle stands), or driving it over a workshop pit. If you don’t know what to look for, make sure your mate does. Better still, take the car to a friendly garage, agree to pay an inspection fee and let their knowledgeable mechanic check it over. Alternatively, the AA will visit the seller to carry out an inspection, charging from £148 for non-members, as will the RAC, from £99.

Since the Esprit disaster, every classic I’ve bought has been the best example I could afford, even if that meant paying over the odds for a car I knew to be clean and straight. Over time these cars often end up being the cheapest as well as the most enjoyable to own. Once you’ve bought it, drive it. Classic cars hate standing still and are perfectly capable of going wrong all by themselves and with their engines switched off. They like getting warm, having their oil circulated and their joints exercised.

Even if you buy the right car, it will need fettling from time to time, so before buying your dream wheels, check about the cost and availability of spare parts. A good support network is worth its weight in gold — or spare parts.

Of equal importance is deciding who’s going to maintain your classic car. If you can’t do it yourself and there’s no one local, do you really want to be loading it onto a trailer and carting it across the country every time it needs repairing or servicing?

Finally, take care with cars that have been “restored”. Consider who has done the work as much as the work itself, for enthusiastic amateurism is no match for the cold-blooded professionalism of a proper expert. Check for originality too: the car may look lovely, but if it’s got the wrong door handles, a colour it would never have had when new, aftermarket components or a non-standard engine, it might well be worth a lot less than a car that’s as it was the day it left the factory.

Approaching the classic of your dreams with these rules in mind won’t guarantee you a trouble-free life, but it should save you from my Lotus experience — lots of trouble, usually serious.