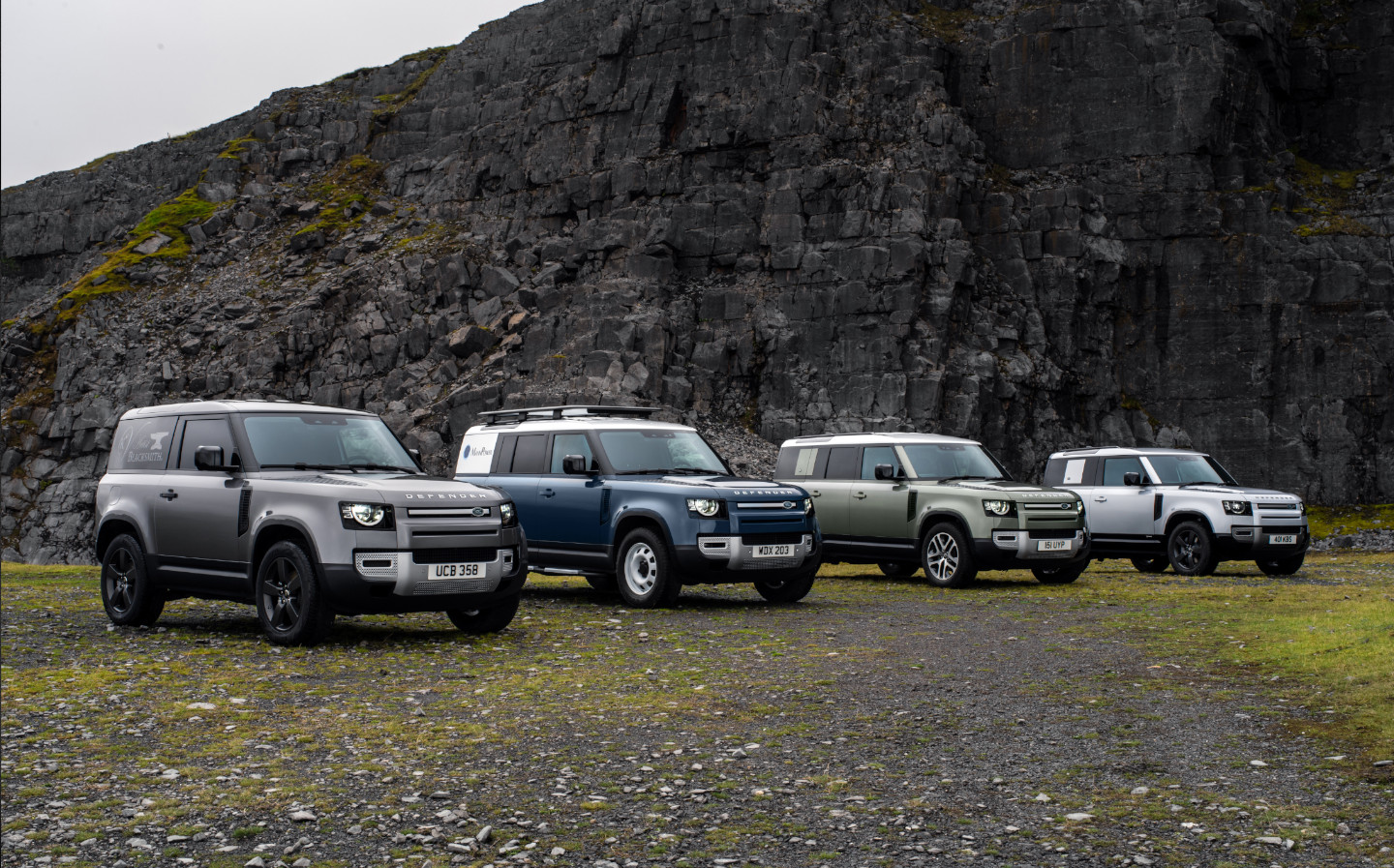 A year has passed since the unveiling of the new Defender, in one of the most significant model revamps of recent years, and Land Rover are moving into the future with the Defender once more. The manufacturer has announced a couple of new powertrains for the 2021 model year, as well as a new specification that bridges the standard model with the range-topping X variant.

Arguably the biggest new addition to the Defender lineup is a plug-in hybrid, which joins the Discovery Sport, Range Rover, Range Rover Sport and Range Rover Evoque PHEVs in Land Rover’s electrified lineup. The P400e (all are named for their horsepower figures), which will be available on the longer-wheelbase Defender 110, makes use of the same JLR 2.0-litre, four cylinder petrol engine available already on the Defender (also used in the Range Rover P400e PHEV) alongside a 105kW electric motor.

In concert, the two power plants conjure a respectable 398bhp, of which around 296bhp comes from the petrol engine. The P400e can also do 27 miles using electric power alone, and the immediacy of the torque delivery from the electric motor means that pure-electric off roading is well within its capabilities. Land Rover are also claiming that the P400e can do 85.3mpg, and produce as little as 74g/km of CO2. These stats are achieved with the help of regenerative braking, which converts the kinetic energy from braking into chemical energy stored in the battery.

The PHEV comes with 20-inch alloys as standard, and Land Rover claims that, using a 50kW rapid charger, the P400e will charge to 80% battery in half an hour.

For the electrification-averse, Land Rover has also announced an addition to the Defender’s diesel options. As well as the D200 option, the existing D240 has been upgraded to the D250, and a range-topping D300 variant has been added.

It uses a six cylinder inline Ingenium engine, augmented by a mild hybrid (MHEV) setup and Intelligent AWD system that offers enhanced torque delivery, smooth responses and improved fuel economy. The D300 has 479lb ft of torque at its disposal, in comparison to 369lb ft in the D200 and 420lb ft in the D250.

The MHEV system cuts the engine when the car comes to a standstill, improving fuel economy, as well as recuperating lost energy from braking and deceleration, which can be unleashed during acceleration for better performance.

Land Rover has also announced the X Dynamic specification, which bridges the gap between the standard Defender and the Defender X, which in both the 90 and 110 versions represents around £35,000. Predictably, the middle ground adds some touches of elegance, refinery and class to the Defender, without going full Cheshire housewife. 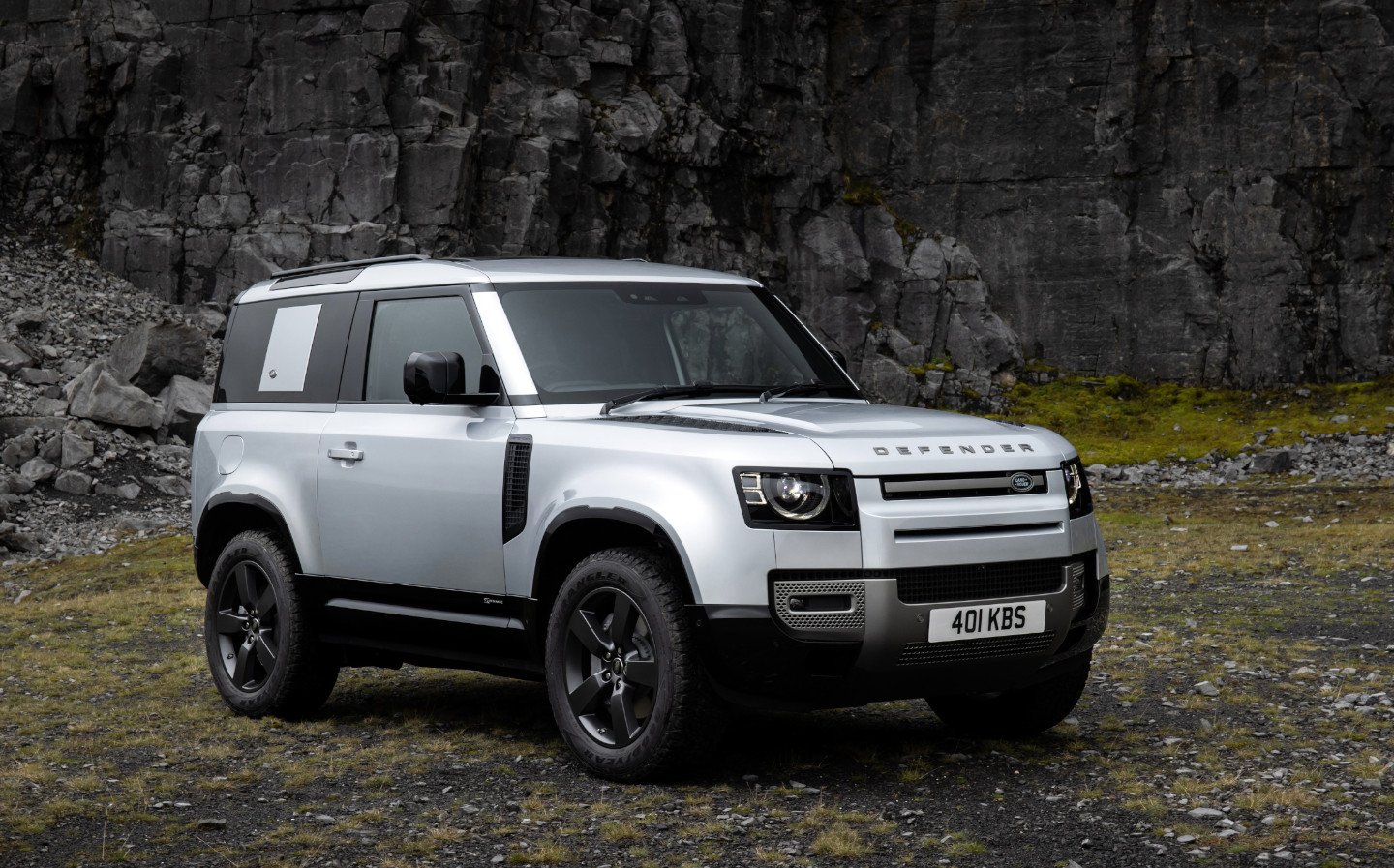 Exterior accents in Satin Black have been added to the front and rear skid pans as well as the grille bar, and alloys have been given a Satin Dark Grey/Gloss Black finish. On the interior Robustek, a robust (no surprises there) material usually used in extreme outdoor scenarios, has been added to the tread plates and seat material.

For those who will be using their Defender for more than leisure, however, Land Rover has also announced further details of the Hard Top, the commercial version of the vehicle. The car maker had already confirmed that the Hard Top would have a 3500kg towing capacity and a 900mm wading capacity, but it has now also revealed information including luggage capacity and payload. 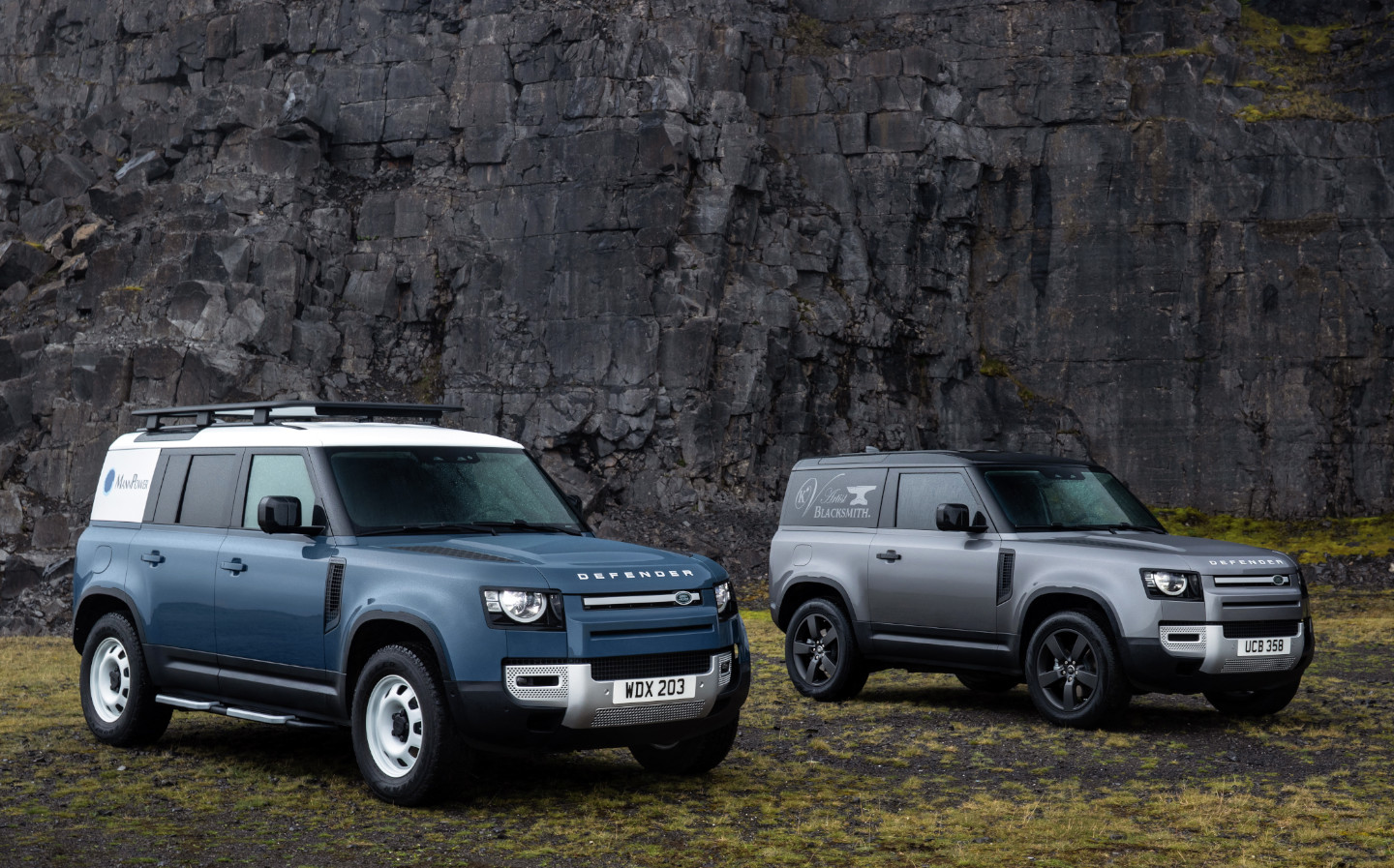 The smaller Defender 90 Hard Top will have a load bay with 1,355 litres of load space and a 670kg payload, while the 110 will have an improved 2059 litres of load space in the rear and a payload of between 778 and 800kg. Both have an additional 58 litres of underfloor storage, while the 110 can get another 155 litres in an additional underfloor compartment. The interior lighting in the commercial version is five times stronger, so that you can see where you’re putting all your stuff.

Unsurprisingly for a commercial vehicle, the Defender Hard Top will only be available with a diesel engine, with the 90 using the D200 setup and the 110 making use of the more powerful D250 and D300 variants. Various levels of trim will be available, including the S, SE and HSE specifications.