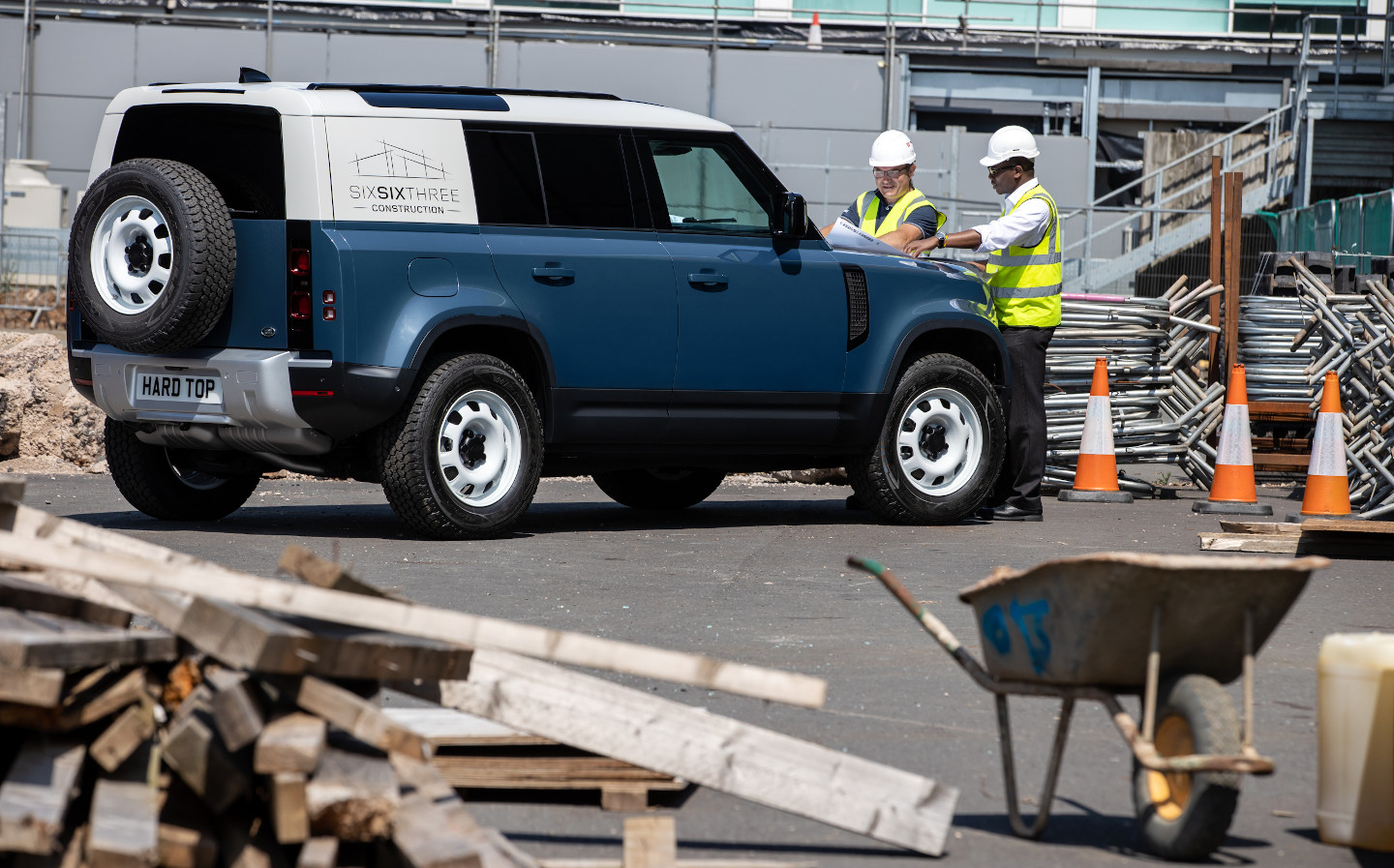 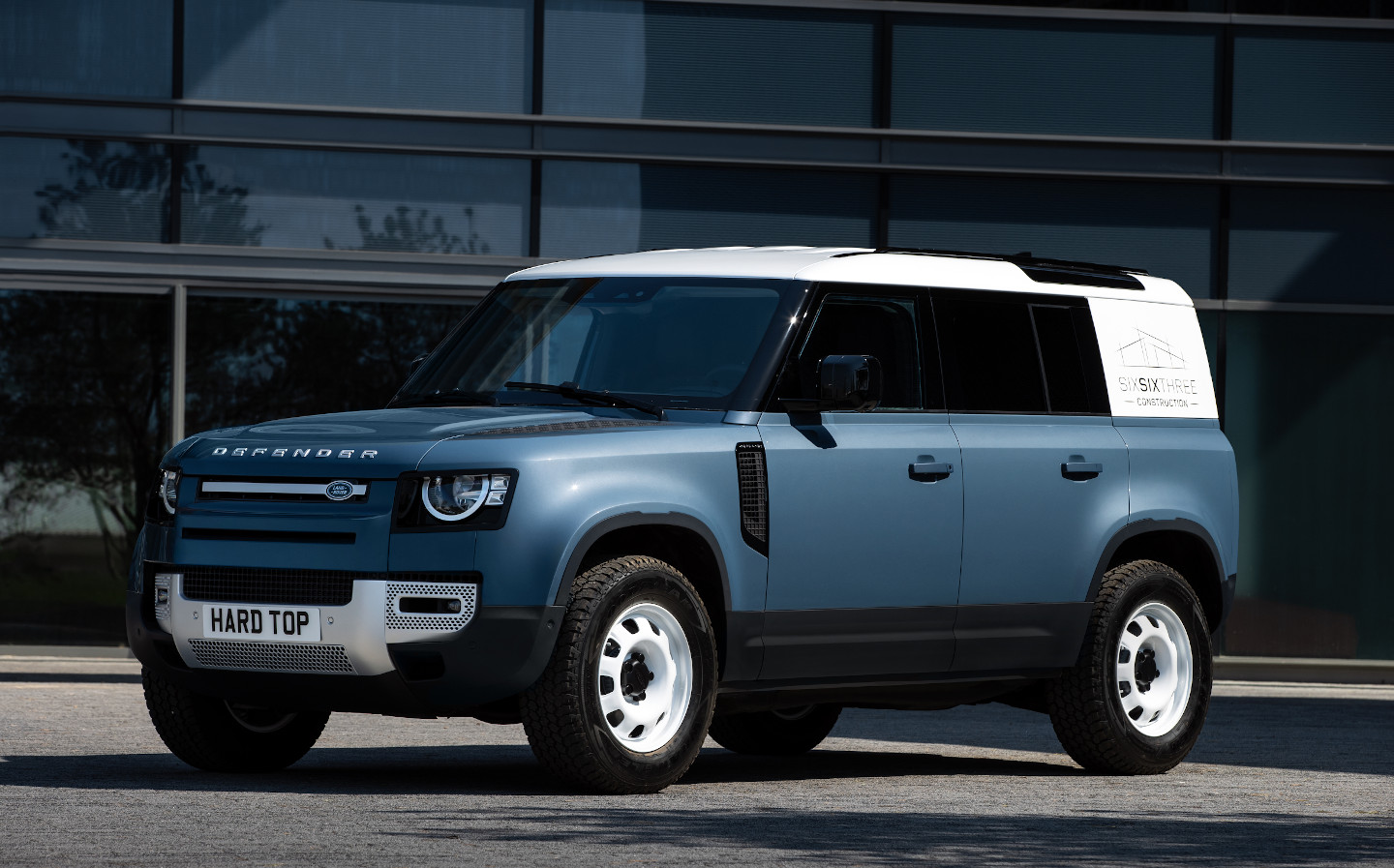 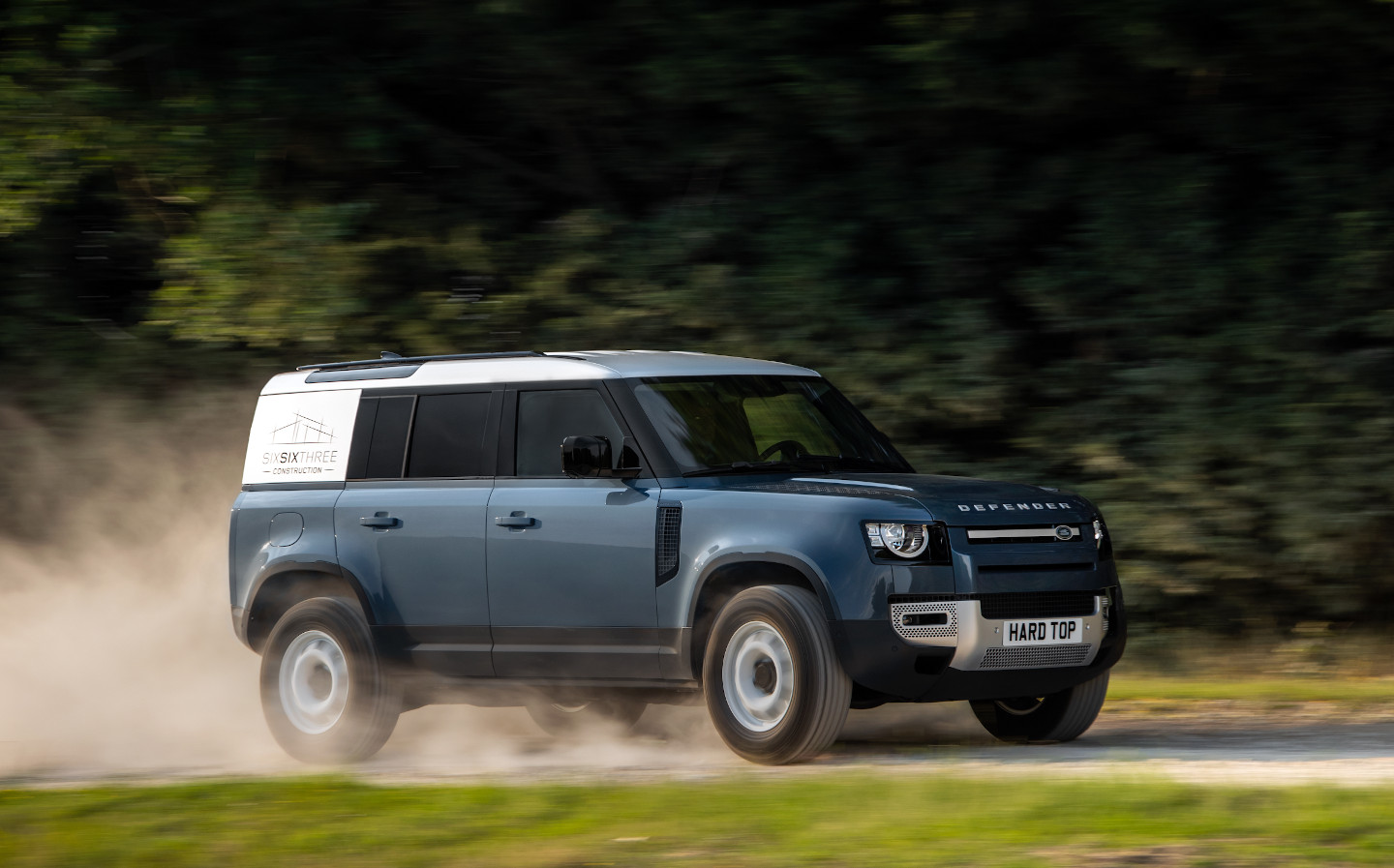 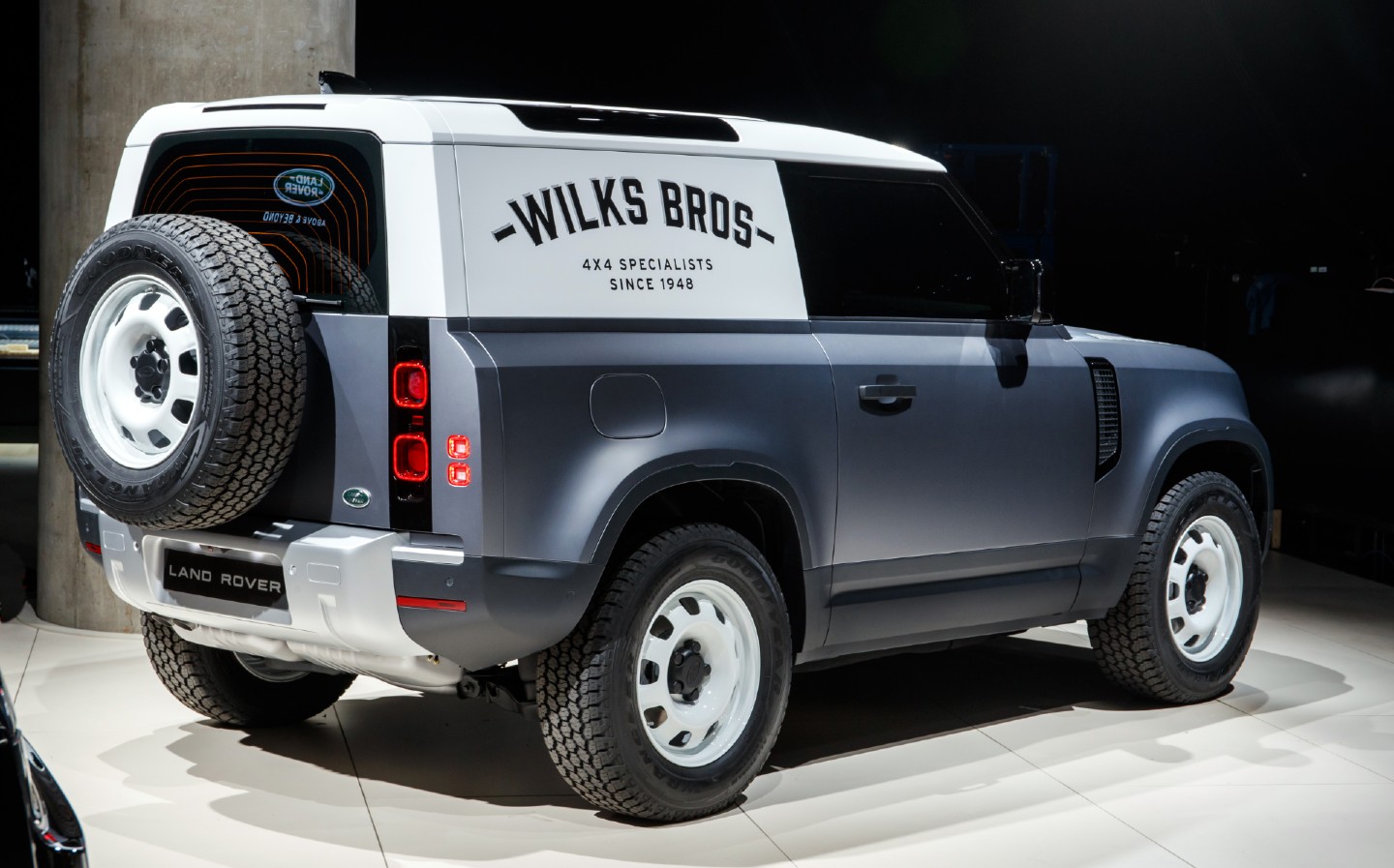 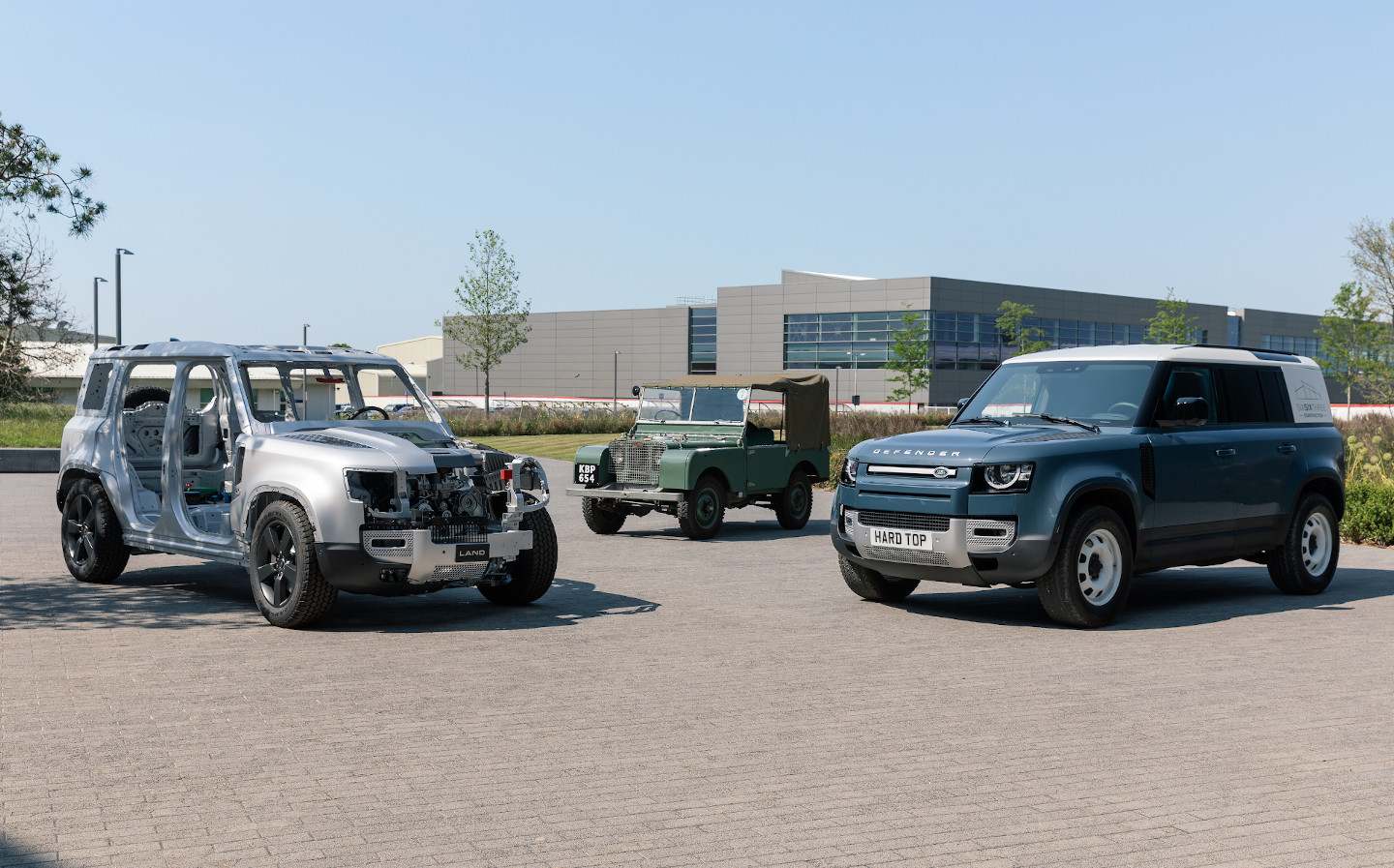 LAND ROVER has released preliminary information about the commercial version of the new Defender, including confirming that it will adopt the Hard Top name that originated on the early series Land Rovers of the 1950s.

The Defender Hard Top is being developed by Land Rover Special Vehicle Operations with the objective of developing “unrivalled durability, practicality and toughness”. It shares the same body structure and Electrical Vehicle Architecture as the passenger versions.

Land Rover says the Hard Top will benefit from the Defender’s aluminium body structure that it claims is three times stiffer than the best body-on-frame designs.

The details released today don’t give too much away about differences between the commercial and standard versions of the iconic 4×4, apart from that there will be no rear bench in the commercial version and it will be capable of towing and carrying a payload of up to 3,500kg.

It won’t be a crude beast, though. Like the car version, its wading depth is 900mm and wading is supported by an electronic Wade programme in the Terrain Response 2 system. Both editions of the Hard Top will have independent, coil-sprung suspension, with fancier electronic air suspension available as an option on the longer wheelbase model.

Towing ability is supported by Land Rover’s Intelligent Advanced Tow Assist system, which aids difficult reversing manoeuvres by controlling the steering, while the driver controls the speed via the brake pedal and makes adjustments via a dial on the centre console.

Despite less passenger capacity than the passenger version (no surprises there), there is an optional front-row jump seat, on the new Defender, meaning the Defender Hard Top can still accommodate three people. Land Rover’s ClearSight Rear View system means that if there is a third person nestled in the front, or the load space is full, the view behind can be monitored obstruction-free via the display in the rear view mirror.

Nick Collins, Land Rover Vehicle Line Director, said: “New Defender 90 and 110 Hard Top will be the toughest, most capable and most connected commercial 4x4s we have ever produced. They have been engineered to meet global safety standards and deliver impressive long-haul comfort, giving businesses and professionals the best of all worlds.”

The eagerly anticipated revamp of the Defender was unveiled in September last year, and the first passenger models of the 110 are now being delivered to customers. Firsts for the Defender include a plug-in hybrid option (alongside two petrol and two diesel engine options), as well as a suite of safety features and driver assists.

More details of the Defender 90 and 110 Hard Top will be released later this year when they are made available for order. Land Rover has indicated that pricing will be around £35,500.